Vegas To Reno Dominated By Phil Blurton and Can-Am in 2019! 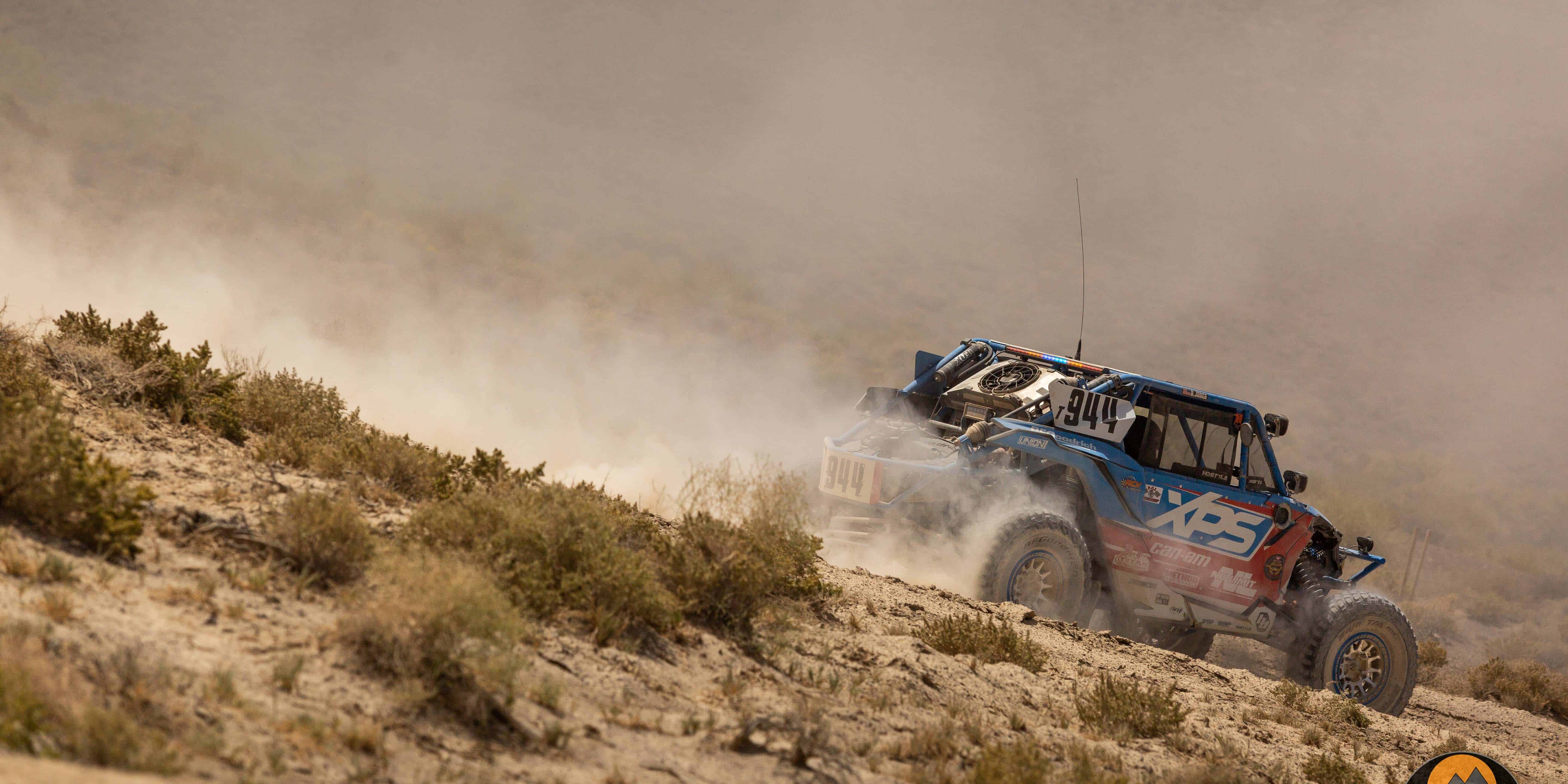 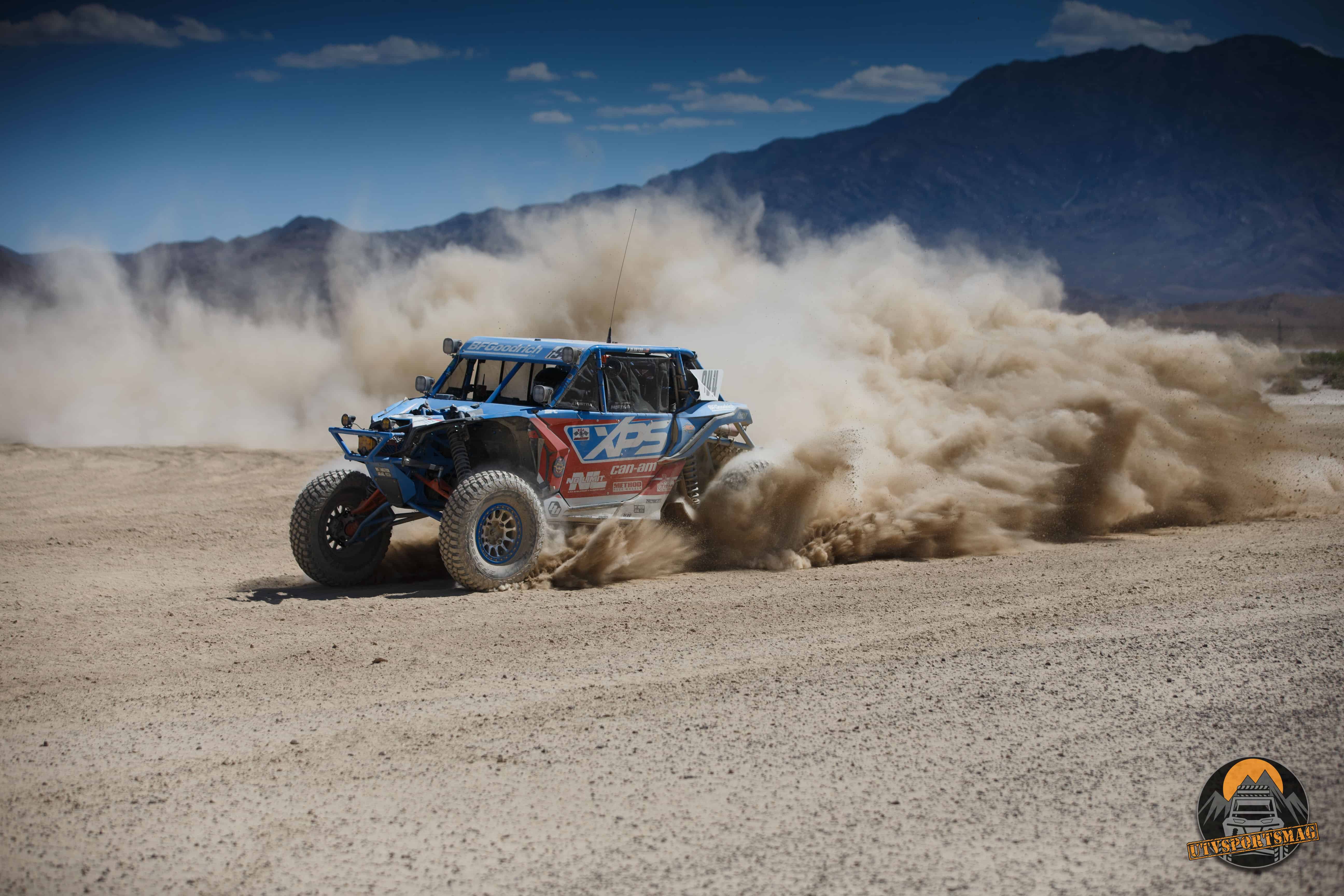 Whenever a manufacturer sweeps the podium, it deserves a mention. We would be remiss if we didn’t highlight the incredible performance that Can-Am racers delivered at Vegas to Reno. Not only did they sweep the Turbo class podium, but they took the top six spots overall. First across the line was Phil Blurton. Blurton used the same strategy that works so well for him. He sets a blistering pace, and pounds the competition into the dirt. 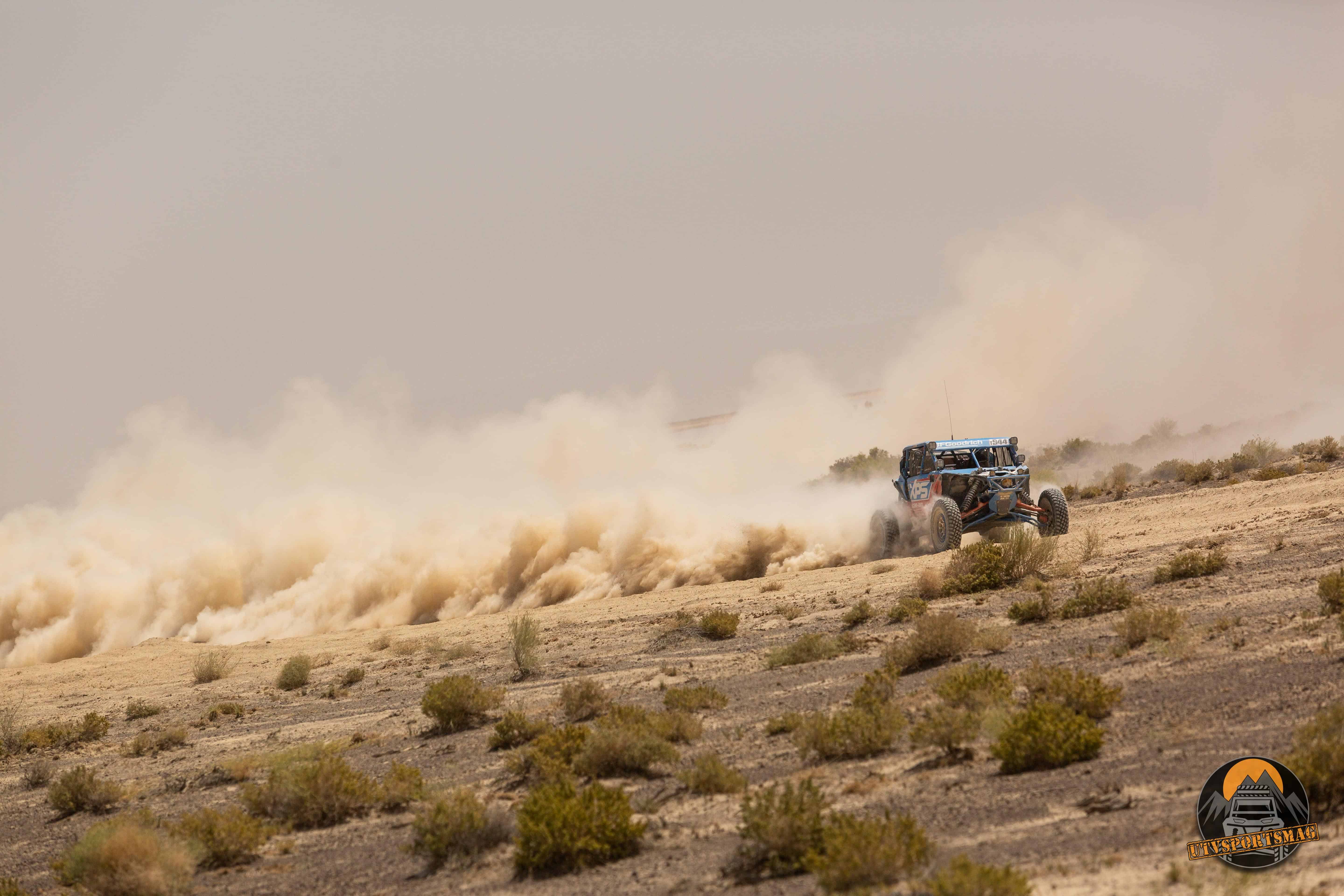 “We pushed hard in the beginning to set a pace that would get people to run hard with us,” said Blurton. “We wanted to see if their cars could last or not, since we knew what our car could take. It seemed to work, we had some good battles on time at the beginning, and then towards the end we got some breathing room. 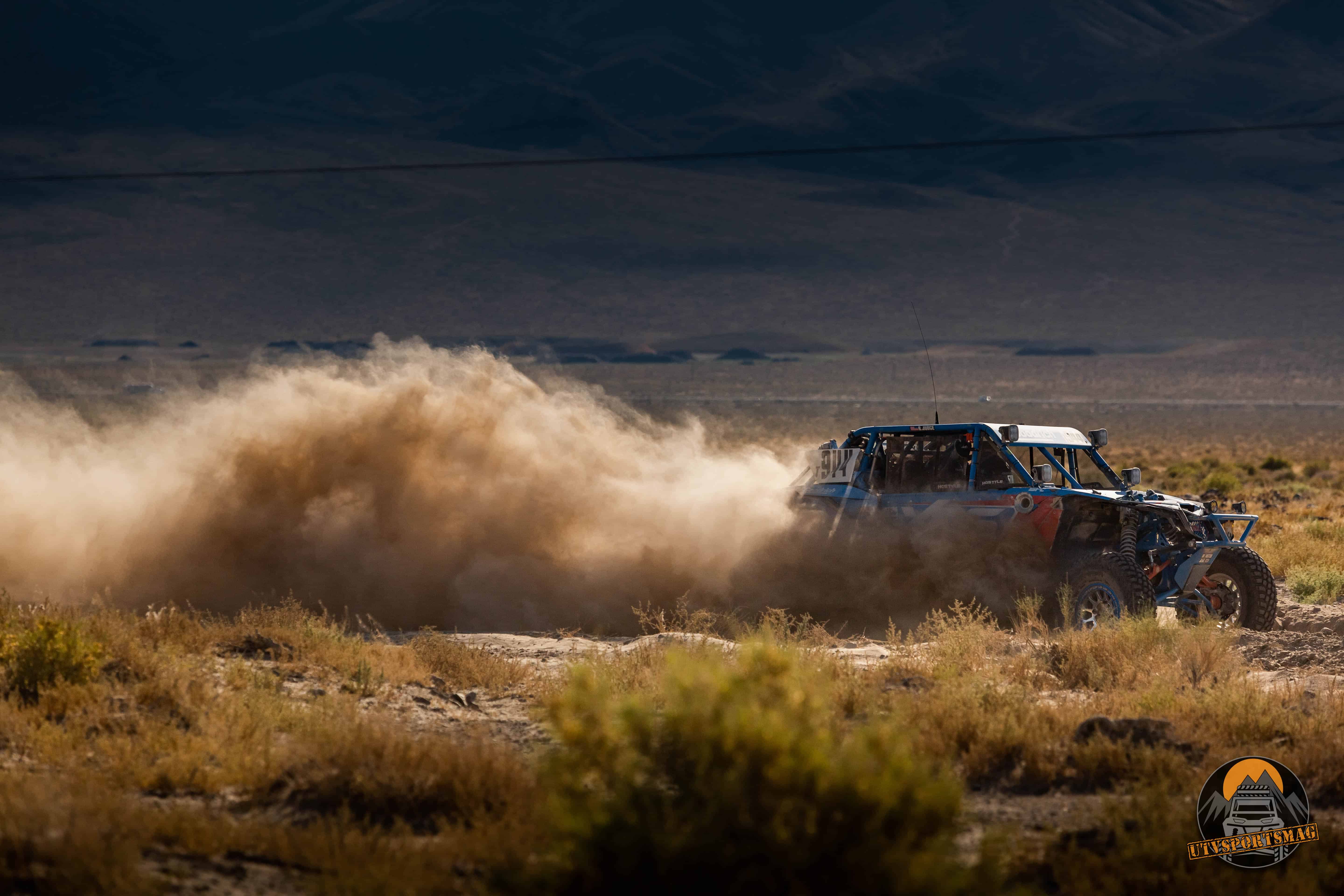 We fought a couple small car issues and backed our pace off. We thought they were going to start catching us, but we ended up gaining another eight minutes towards the end of the race. It was a pretty good day.” Blurton won by twenty minutes after racing for over nine hours. 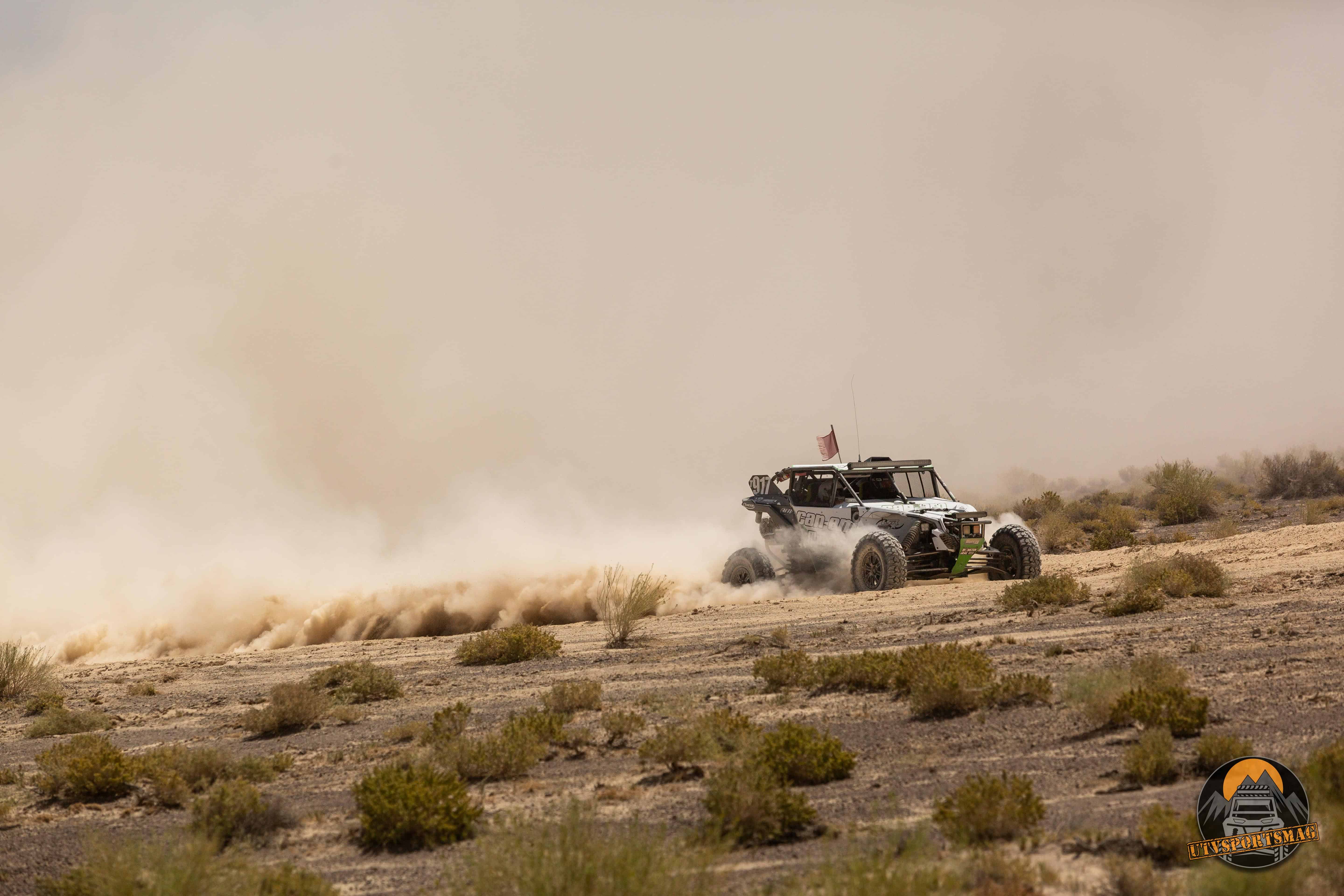 Second in the Turbo class and 2nd overall UTV was the Murray Brothers whose forte is consistency. They were consistently fast at V2R. Third place went to Austin Weiland who crossed the line two minutes behind the Murray’s. The next three Can-Am’s were Dustin Jones, Dan Fisher, and Josh Meister. The rest of the top ten were all Polaris racers. 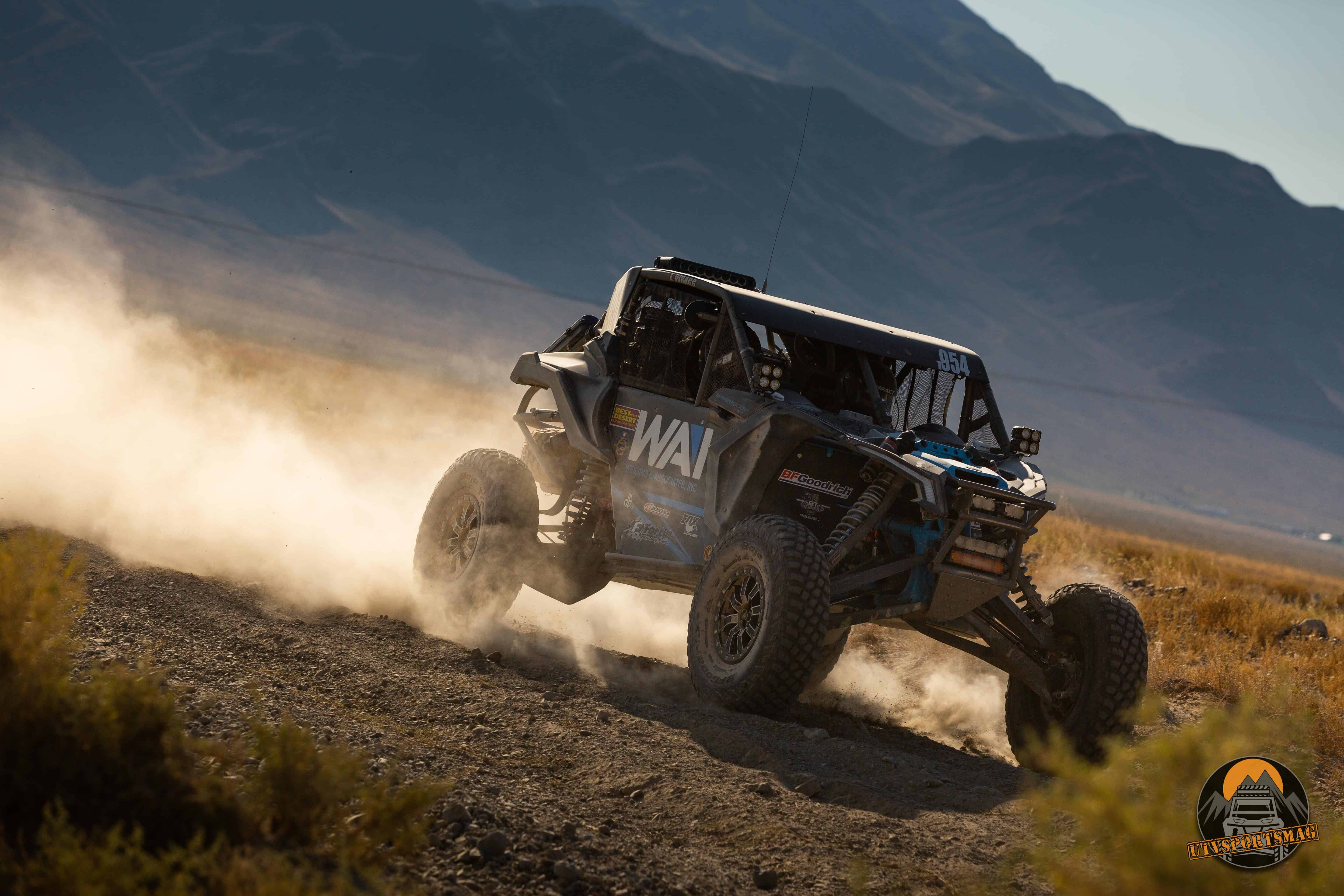 Can-Am stole the thunder in the turbo class, but Seth Quintero gave Polaris plenty to cheer about in the Pro class. Quintero took the win, his 5th straight victory in a row. He has won every race so far this season. 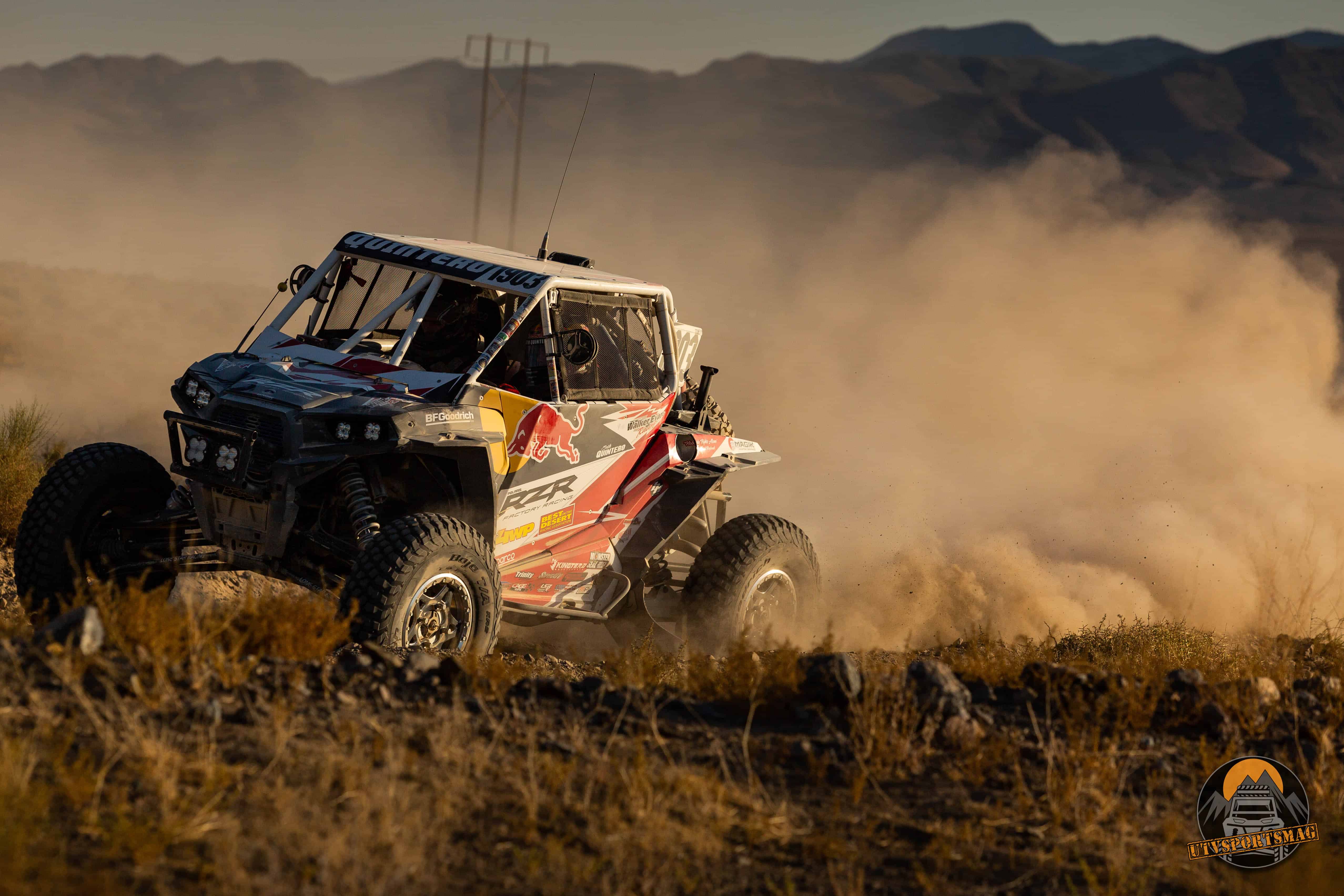 “My day was good!” said Quintero. “We started out first and kind of got a good lead going, but then got stuck in a bottle neck. We got caught and passed around Mile Marker 100. We chased him (Corbin Leaverton) for about 100 miles until he had a little mechanical failure and we kept going. Had a few mechanical issues throughout the day, but honestly I just ran my own race and tried to keep it smooth. 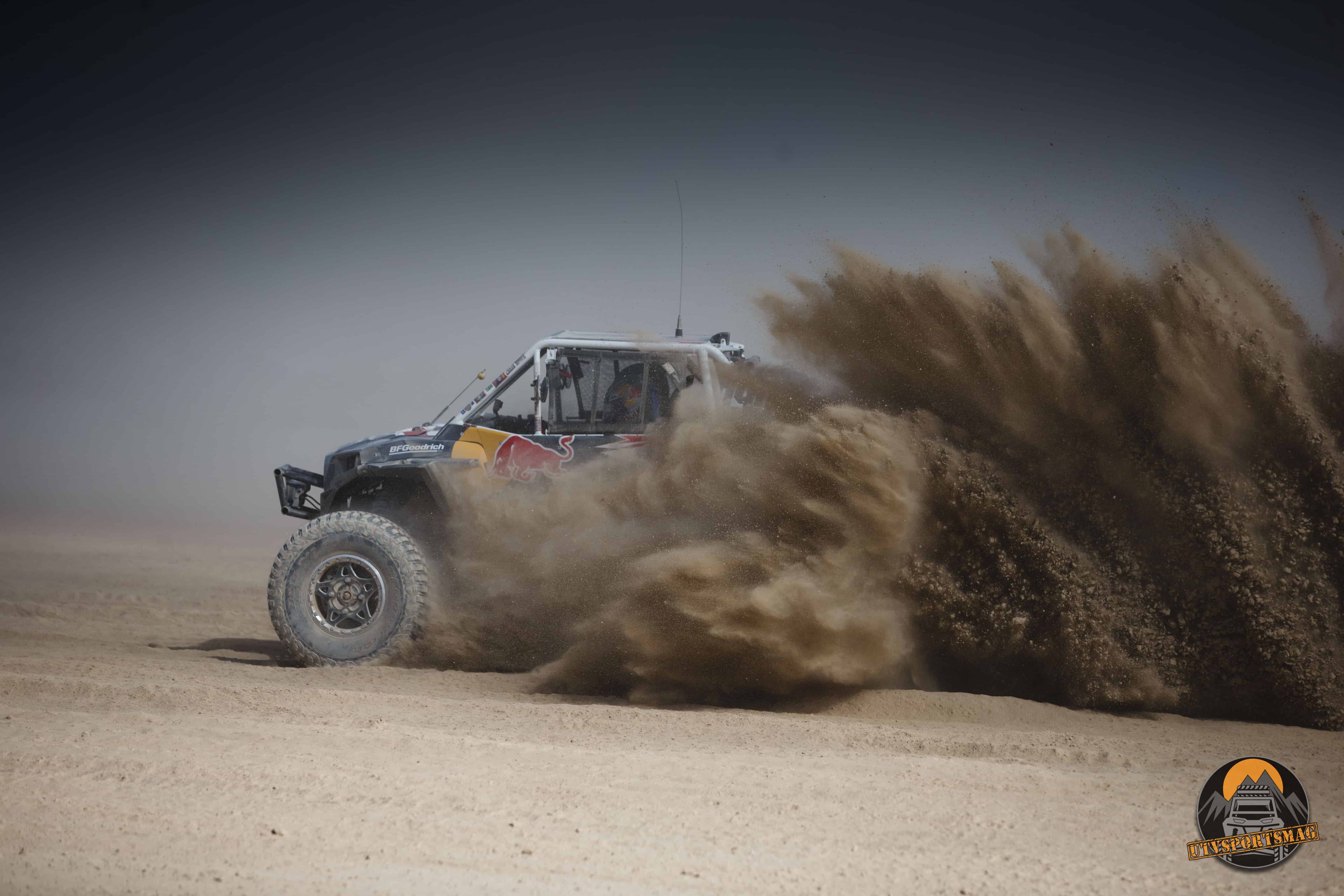 The last 150 miles I really tried to set a tone, and put in some hard miles to try to get on top. 5 for 5, it feels super good. I feel like I have a big ol’ target on my back though, being 16 years old and winning every race of the year. It’s been a blessing to be able to do this, and it’s been a good time!” 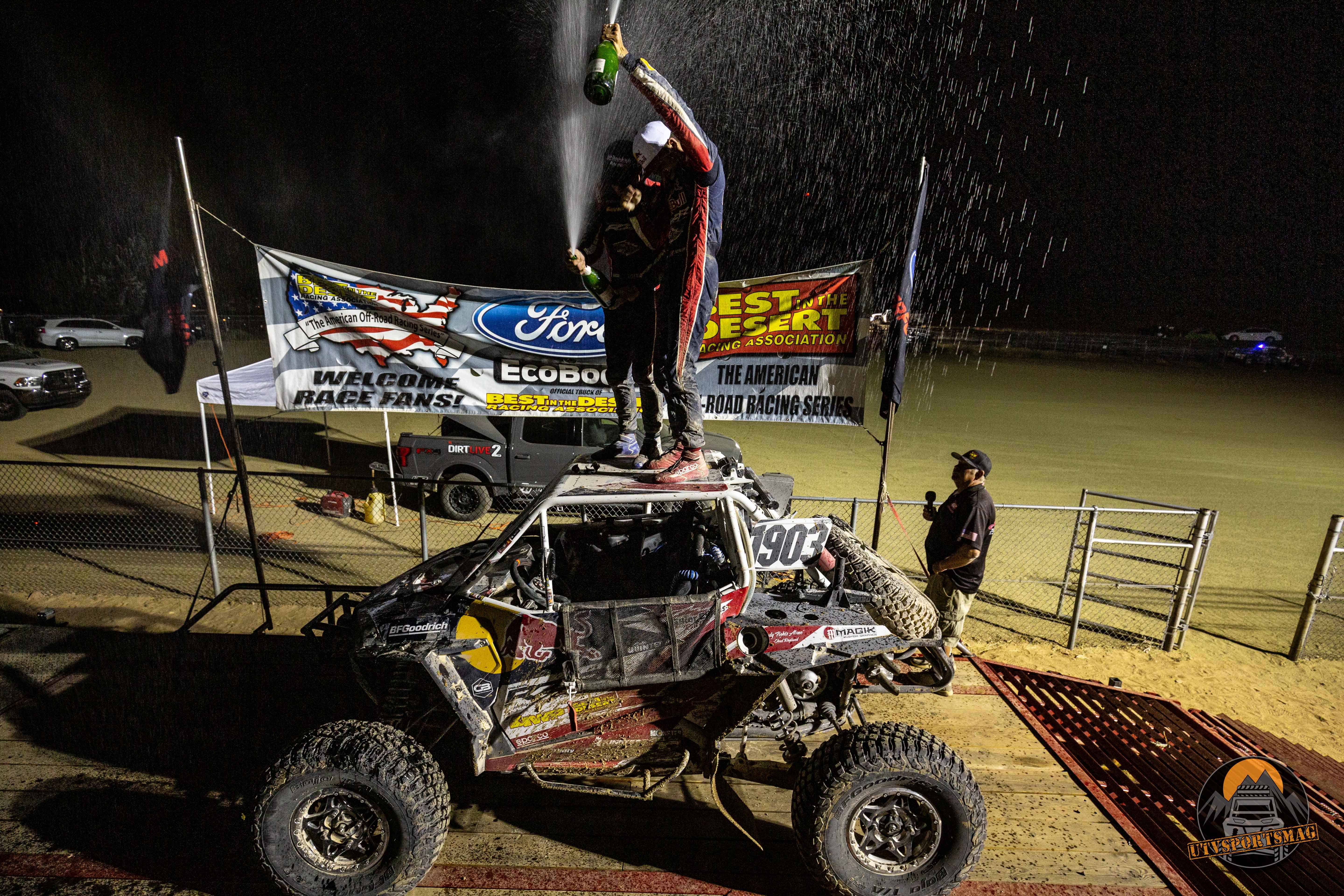 Finishing on the Pro class podium in second was Textron racer Kolton Hustead, and the final spot on the podium was Adrian Orellana in a Polaris. 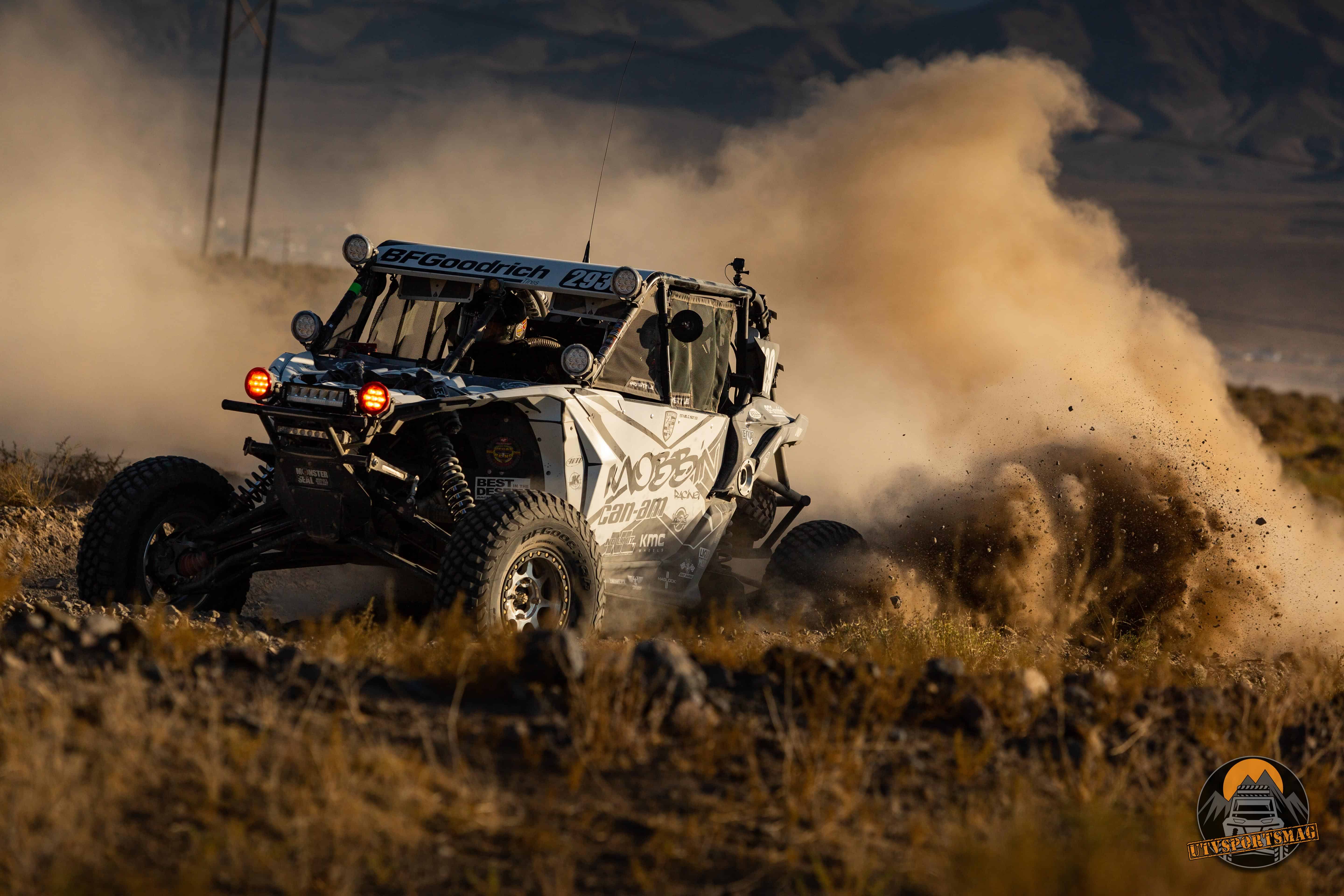 Can-Am had more impressive results taking the top five spots in the Unlimited class. First place went to Michael Isom (racing his new car built by Phil Blurton’s No Limit shop), second was Texan Josh Shelton, and Travis Zollinger was third. George Pondella was the 4th Can-Am across the line, and Sean Cook filled out the top five. 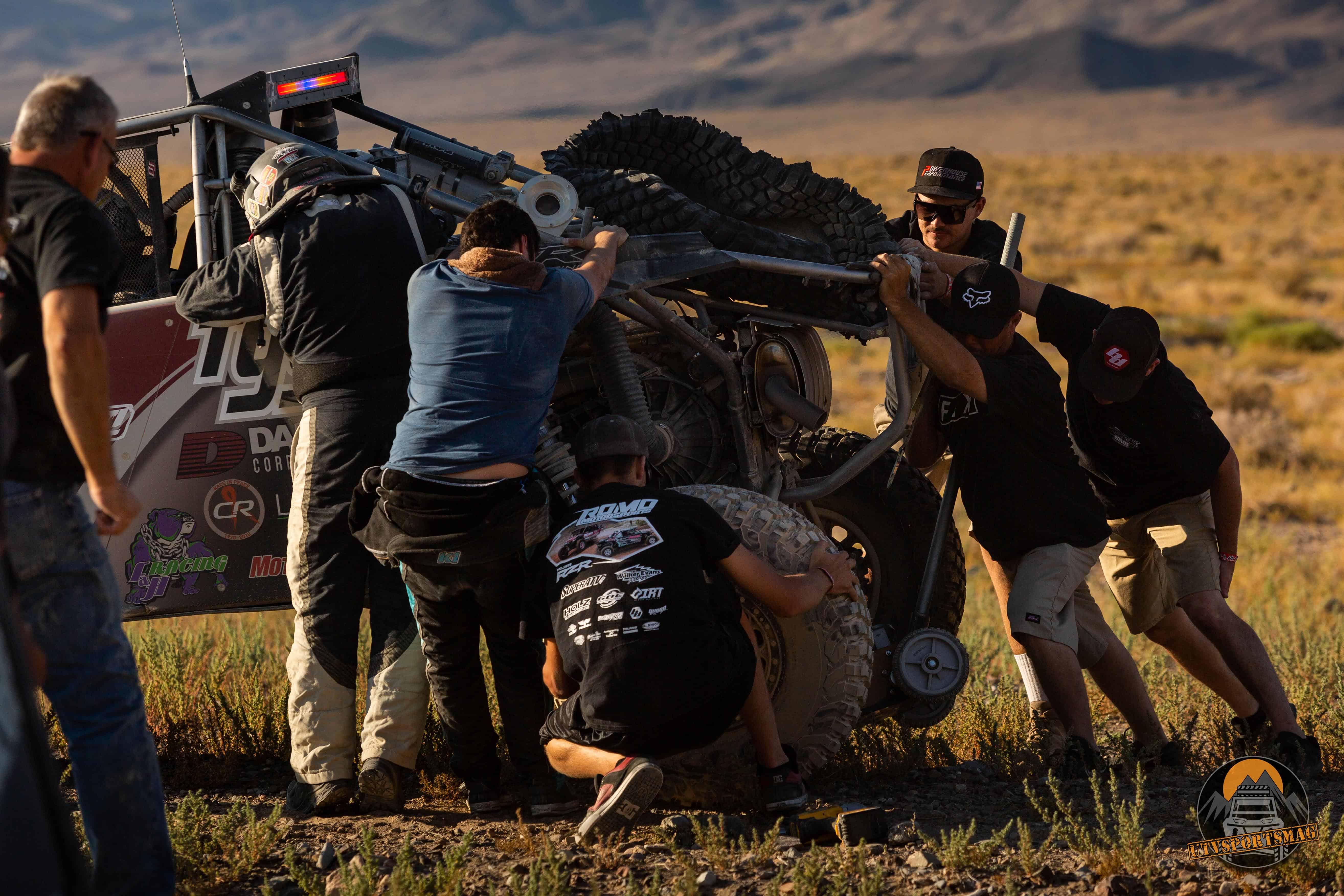 At 530 miles, Vegas to Reno is the longest off-road race in the United States. The course takes on every type of punishing terrain you can think of. The only respite competitors get from the 100 degree heat is when the sun goes down, or they climb over the mountains which reach 7,900 feet. It used to be an endurance race filled with strategy, but the cars get faster, and the competition gets tougher every year. It’s now a flat out sprint race where the victory goes to those who survive.

Check out the full results for the 2019 Best In The Desert Vegas To Reno right here: (Overall Results) (By Class)