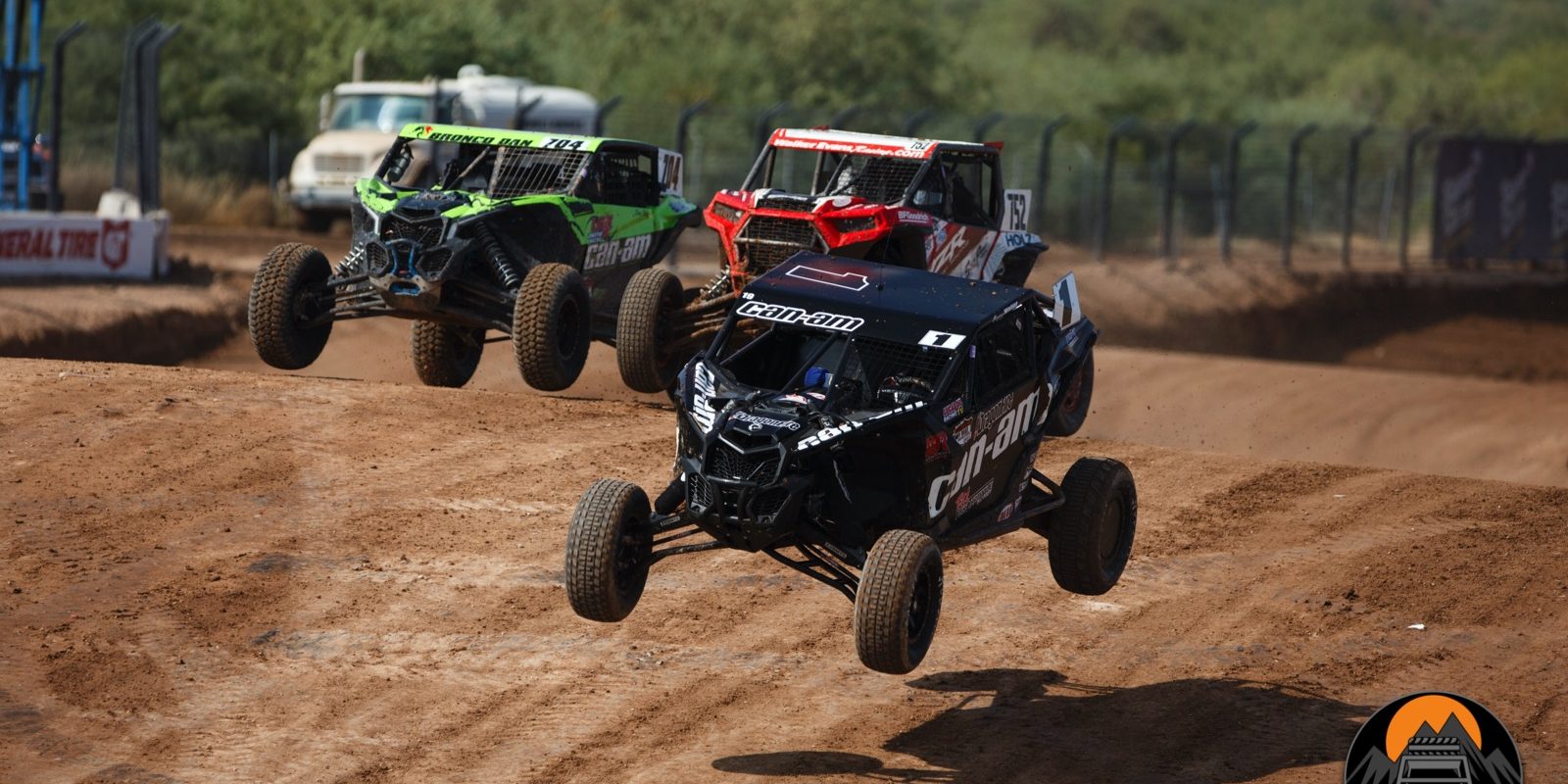 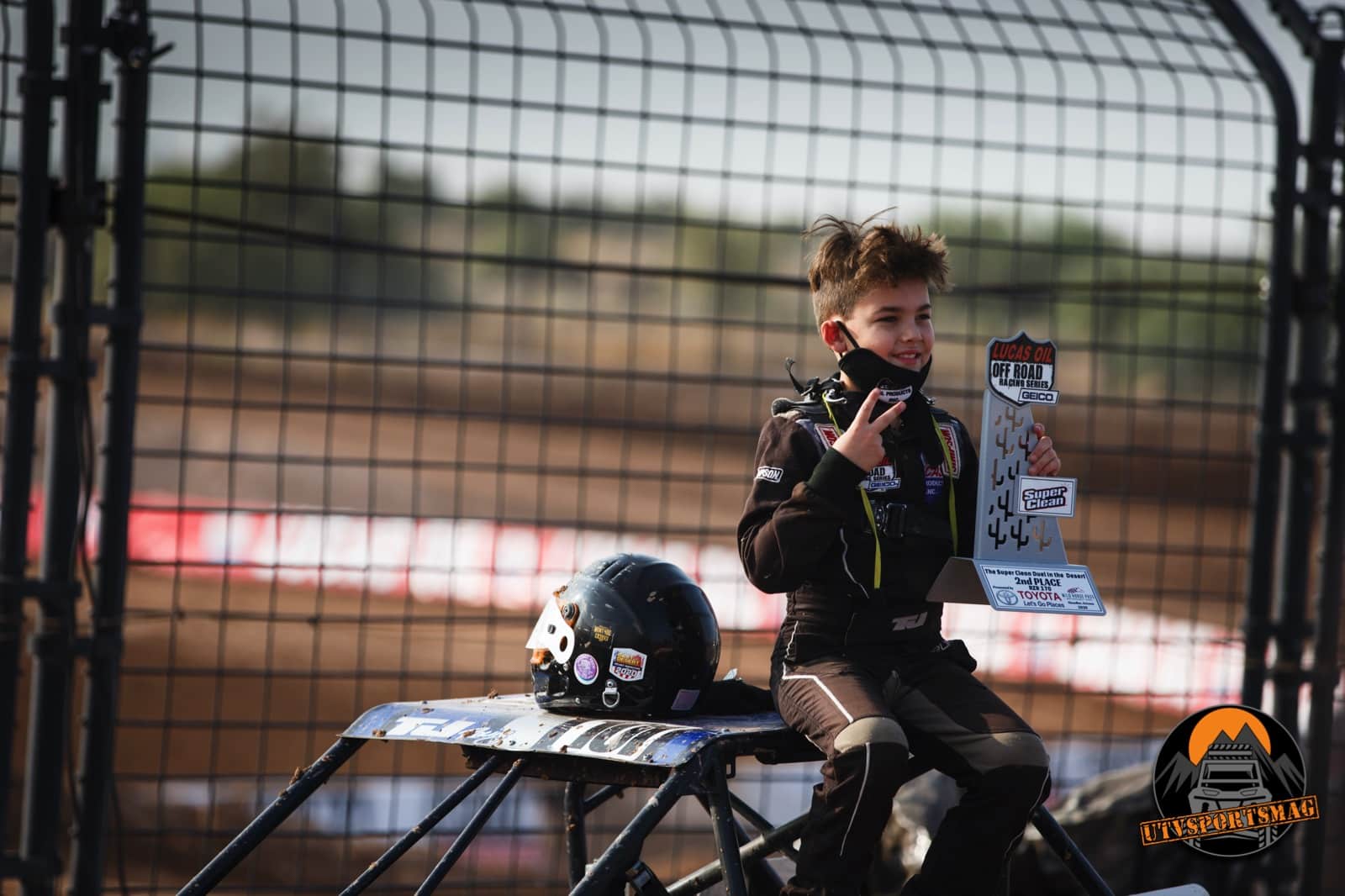 As the rounds click off and we get closer to the final races of the Lucas Oil Off-Road Racing Series, points are becoming ever more important in the chase for a championship. September 18-20th in Chandler, Arizona, LOORRS held another triple header with three rounds of racing starting in the morning each day in an attempt to beat the Arizona heat. Not only was the format new with starting in the morning, but the track itself was completely redesigned in the offseason. The general shape of the course was the same, but Kyle Leduc was asked to help design the guts of the course which now runs clockwise.

At first the majority of the racers didn’t like the track, but with their input, LOORRS made small changes each day and by the last day of racing, the drivers seemed to enjoy the track a lot more. Before the redesign the track was pretty wide open, just a few jumps on the course but no real technical section except for one rhythm section out in the middle. The new course is much more technical with step ups, step downs, and doubles, making car setup much more important while leaving more responsibility with the driver to keep the rubber side down. 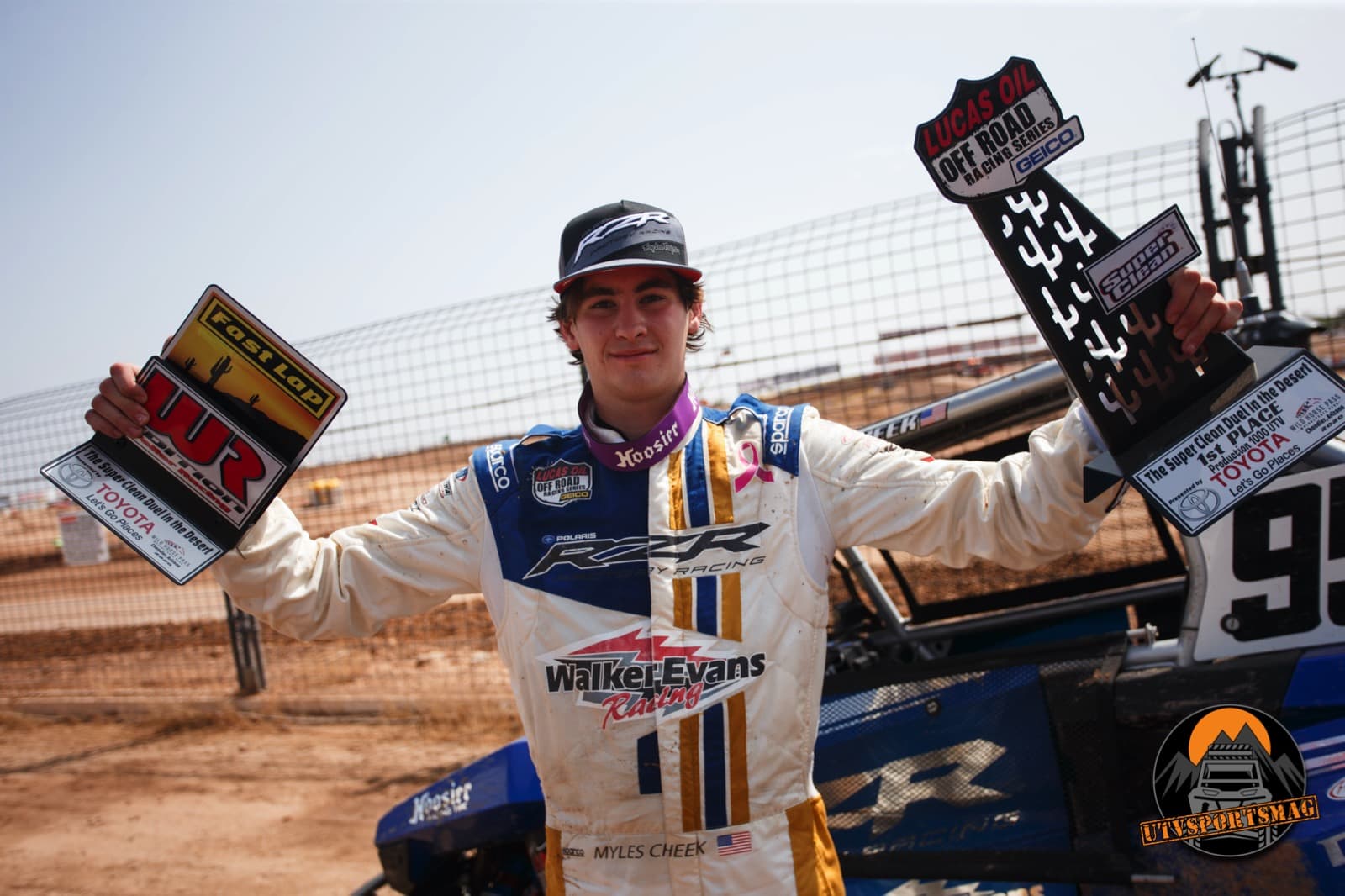 Leading up to the Arizona triple-header, the points battle in all three UTV classes were close. In RZR 170, TJ Siewers led George Llamosas by 18 points after winning two rounds in Wheatland.  Myles Cheek kept his lead after Wheatland, adding two more wins to his tally over Brock Heger in Production 1000, and Turbo UTV defending champ Corry Weller held only a 10 point lead over Ronnie Anderson.

As long as we’ve been following short course off-road racing, I don’t think we’ve ever seen a time where three drivers swept three classes, three rounds in a row. The broom came out in Arizona however as that’s exactly what happened. The wild result just made the chase for the points championship in all three classes that much more interesting. 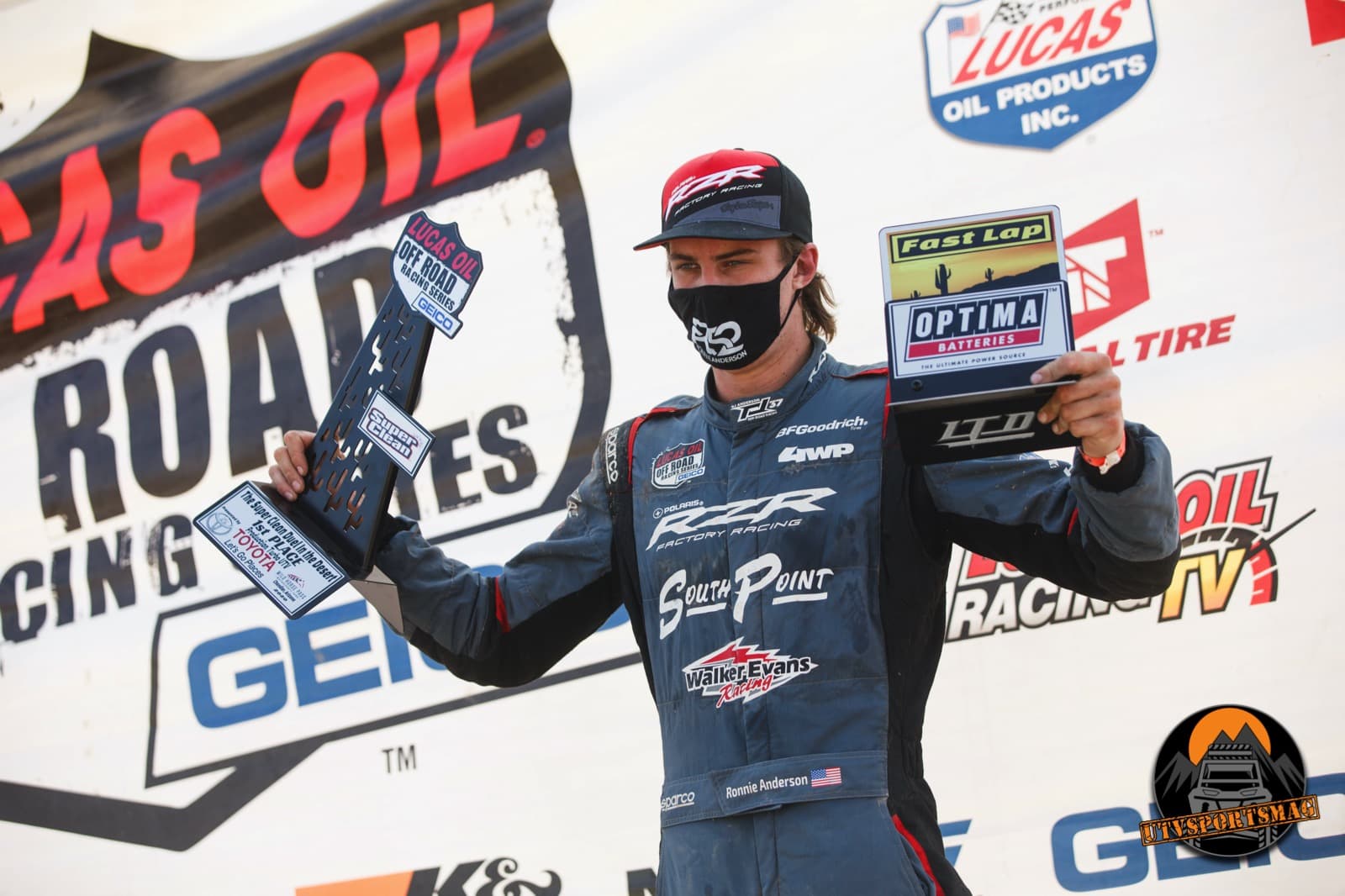 At the start of each race in the RZR 170 class, Llamosas was never able to get the hole shot despite starting near the front… But in each race he dug deep and by the halfway point George would always find his way to the rear bumper of the leader, and eventually make his move for the lead. By winning all three rounds in Arizona, Llamosas made the point standings very close; going into Glen Helen, the little rippers will be very exciting to watch.

Last year’s champion in Turbo UTV was Corry Weller, and after winning three of the first five rounds she was making her claim for another LOORRS championship, but Ronnie Anderson proved he had other plans. 10 points separated the two which meant every point would count, from how you qualify for each race to how you finish. The new track layout seemed to vibe with Anderson’s driving style as he not only qualified first for every race, but he took home the win in each race and did so in dominating fashion, finishing as much as 12 seconds ahead of second place in one of the rounds. With a 12 lap race, that means Anderson was throwing down lap times a full second faster than everyone else on the track. 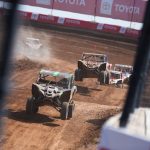 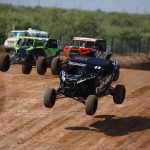 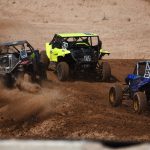 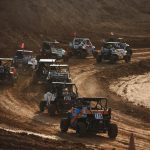 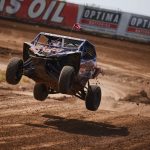 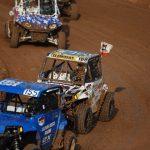 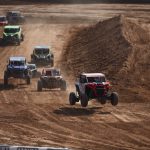 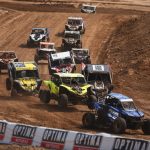 So far all year long it has been Brock Heger and Myles Cheek showing that consistency is key to winning Production 1000 championships. Cheek has landed on the podium at all five rounds prior to Arizona where he also took the win three times in a row. His two second places were only when Heger took the win, who himself has landed on the podium all but one time this season. 13 points separated the two drivers before the start of Round 6, but after a stellar weekend Cheek would expand his lead even more. Just like Ronnie Anderson in the Turbo class, Cheek dominated the three day weekend taking top qualifier each day (he has been top qualifier in every race this season) and by winning each race.

In only a few short weeks LOORRS will conclude its season where it started at Glen Helen Raceway with another triple header. There will be two more rounds of point races and a final day of cup races. Last year LOORRS pitted the Turbo UTVs against the Production class to see just who is the fastest UTV driver in the series… so we hope they do the same this year!