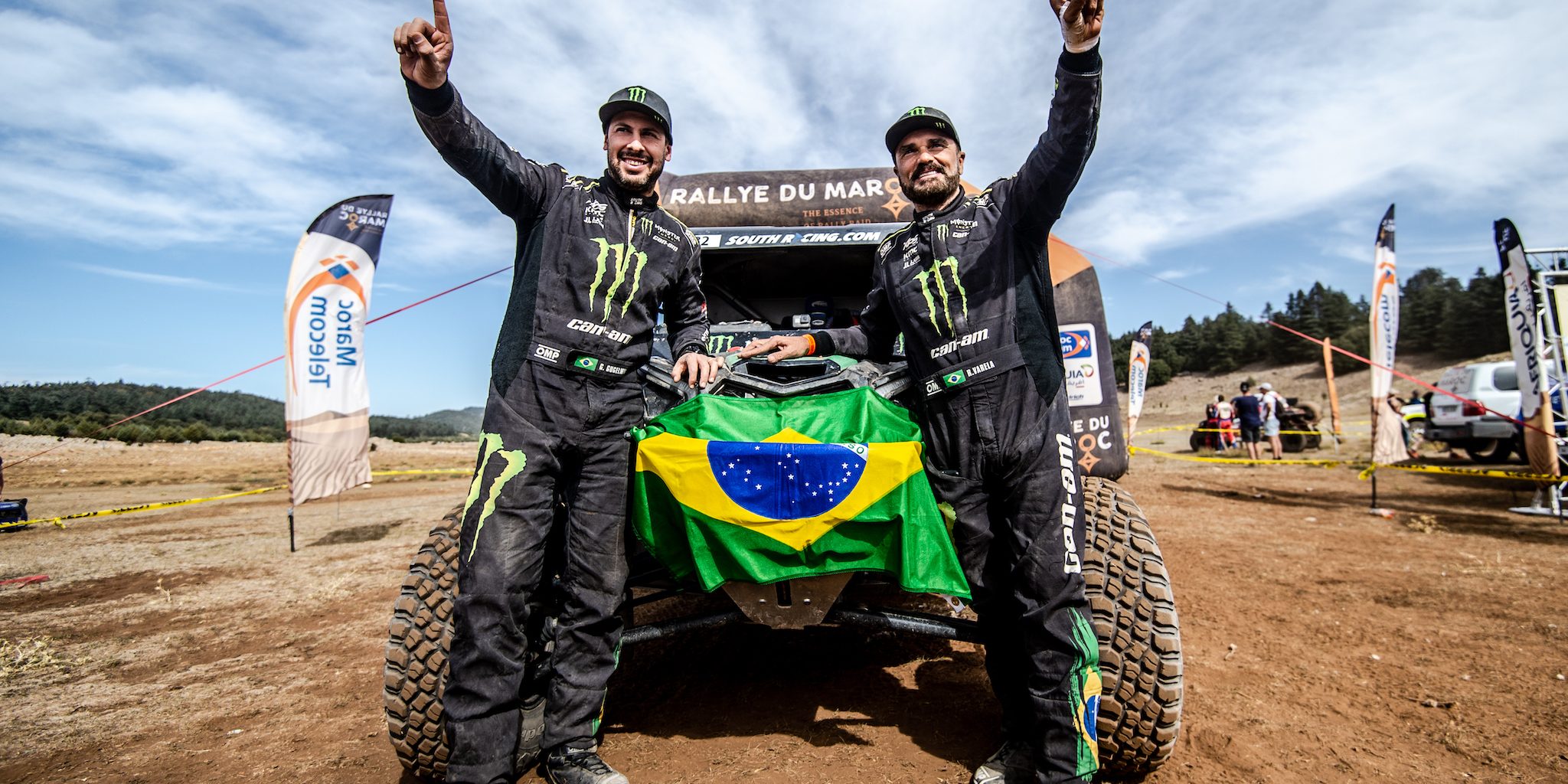 FES (MOROCCO): The Monster Energy Can-Am Team celebrated a triple success at the Rally of Morocco, the final round of the 2019 FIA World Cup for Cross-Country Rallies, which finished in Fes on Wednesday afternoon.

Outright victory in the T3 category fell to the Brazilian crew of Reinaldo Varela and Gustavo Gugelmin and that result ensured that Varela clinched the FIA T3 Championship title in his Can-Am Maverick X3. 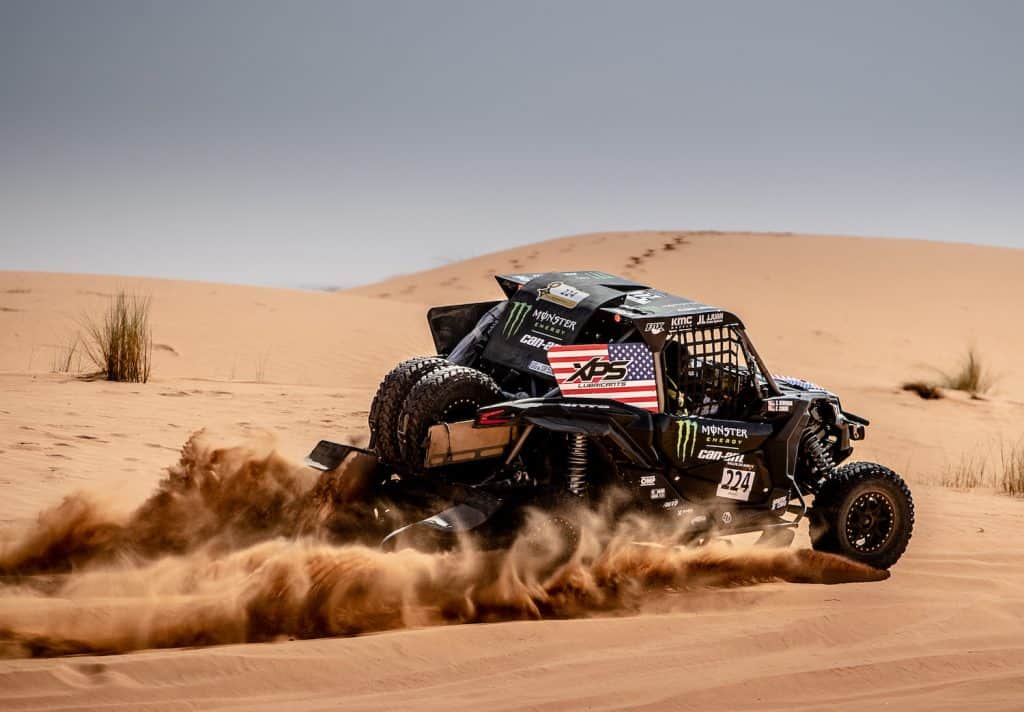 Casey Currie ran a Monster Energy Can-Am in the SSV Maroc Telecom Open category and also came out on top at the finish in Fes to seal the victory.

“Gerard Farres was leading the FIA T3 race until yesterday when a stone went through the radiator and, unfortunately, damaged the engine, which meant he could not continue. He gained valuable kilometres and proved that he was on the pace. 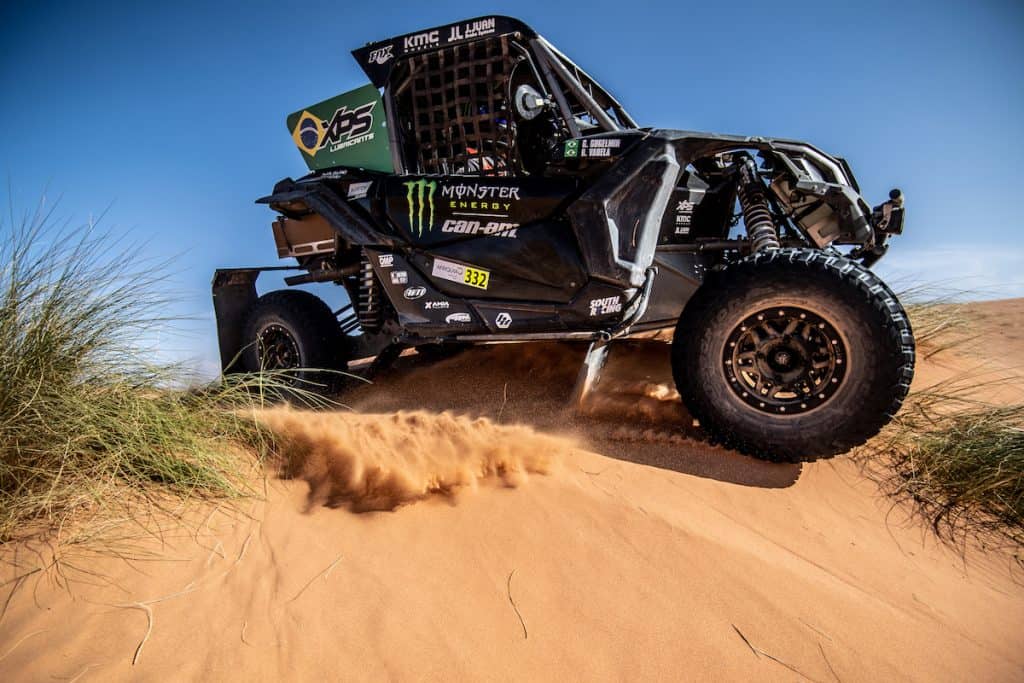 “The Maverick X3 showed dominating performance over the five days and it was a great event for Dakar preparations for the whole team. We are looking forward to the final preparations now for Dakar 2020 in Saudi Arabia. Our thanks go out to the team and all their families for their support throughout the year.”

It was not all plain sailing for the triumphant Brazilian over five long and demanding days of intense competition through the remote Moroccan desert wilderness. 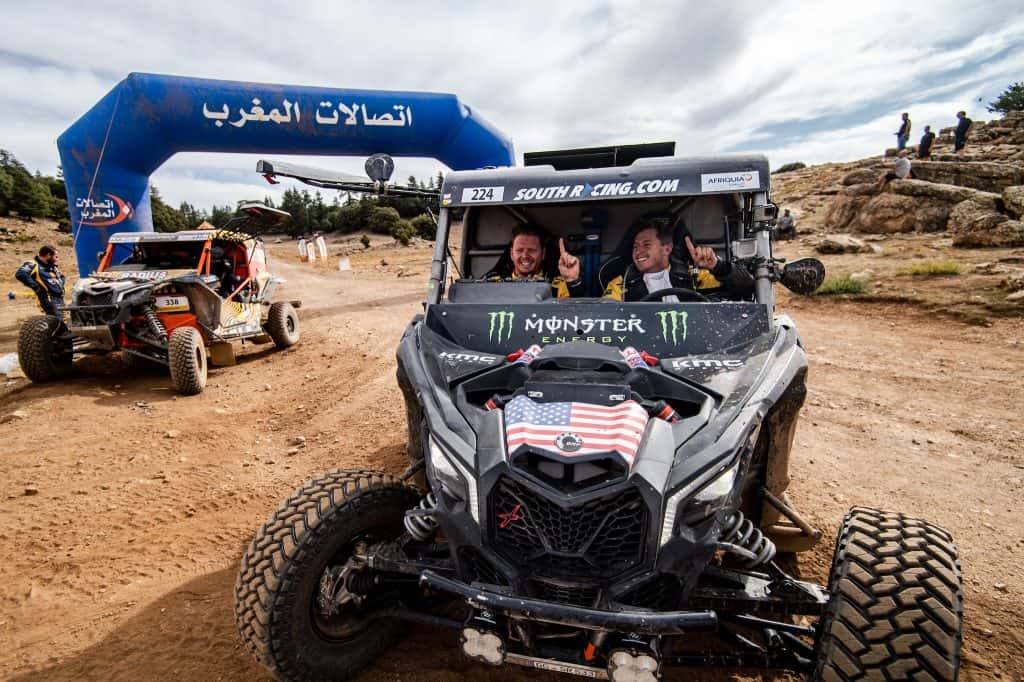 Farres was running in front through the opening stage, where the duo posted the third and eighth fastest times. A second fastest time on the first of three loop stages around a bivouac in Erfoud on day two, pushed the Spaniard up to second overall with Varela holding fourth.

Meanwhile, Currie set the fastest time on the first of the desert loop stages of 386.49km around Erfoud to snatch the SSV Open category lead. 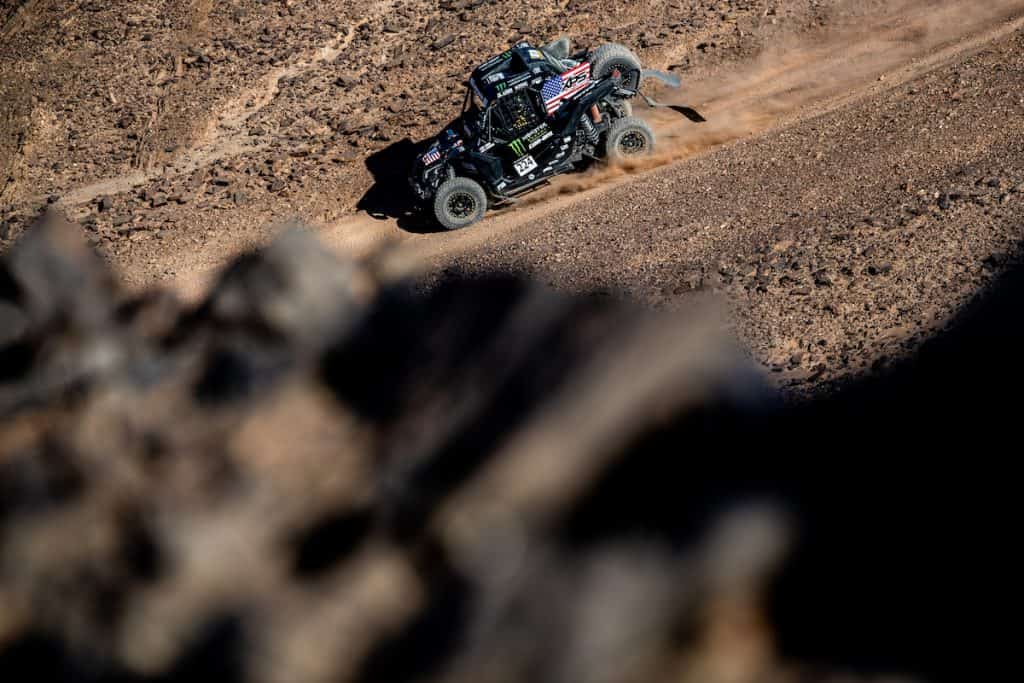 Currie said: “We had problems with the navigation. We are still learning. Days like today, give us a lot of experience, especially when it comes to dune crossings. We are here to improve for the Dakar.”

The third stage was split into three sections for the FIA cars, while the SSV Open category tackled an opening stage of 148km and another of 121km.

Varela was in superb form in his T3 Can-Am and posted the fastest time, while Farres completed the special in fourth to head the category outright from his team-mate by a little under 11 minutes.

Day four was the last of the loop stages over terrain around Erfoud and consisted of 408km of competition with a mix of stony tracks, sandy wadis, dunes, fast trails and camel grass.

Varela stormed through to finish second in the T3 section and take a 2min 37sec lead in the category and eighth in the overall standings after team-mate Farres was badly delayed early in the stage when a stone holed his radiator and the engine also sustained damage that preventing him from continuing.

Currie snatched the advantage in the SSV Maroc Telecom Open category in the third of the Monster Energy Can-Ams. He survived a big scare – where Dakar legend Stéphane Peterhansel rolled his Buggy – and stormed into a lead of 1hr 00min 21sec over rival Antonio Hinojo Lopez.

The American said: “Good day, my co-driver did a good job navigating. We nearly crashed in the same place as Peterhansel. We were dangling off the edge of the drop and Stéphane and Andrea ran round and put a strap on us and stopped us from falling. We were two inches from falling in. The scariest thing in my life!”

The final selective section of 168km passed between Erfoud and the finish in Fes and included passes through valleys and across plains and the usual tricky navigation. 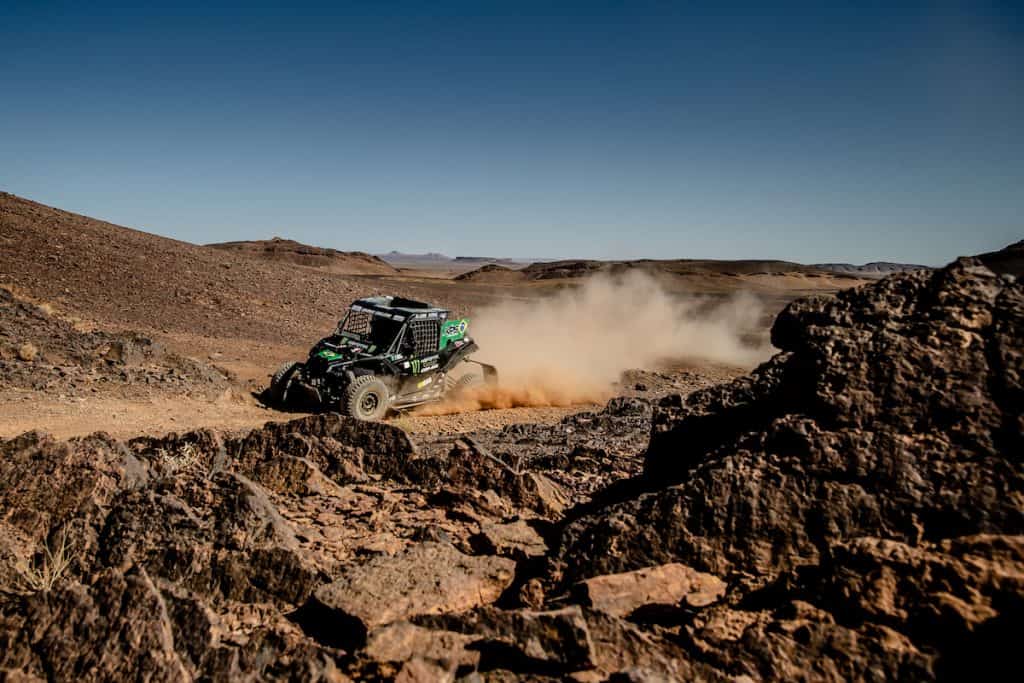