RACE RECAP: LOORRS Wraps Up 2020 With The Season Finale In Glen Helen! 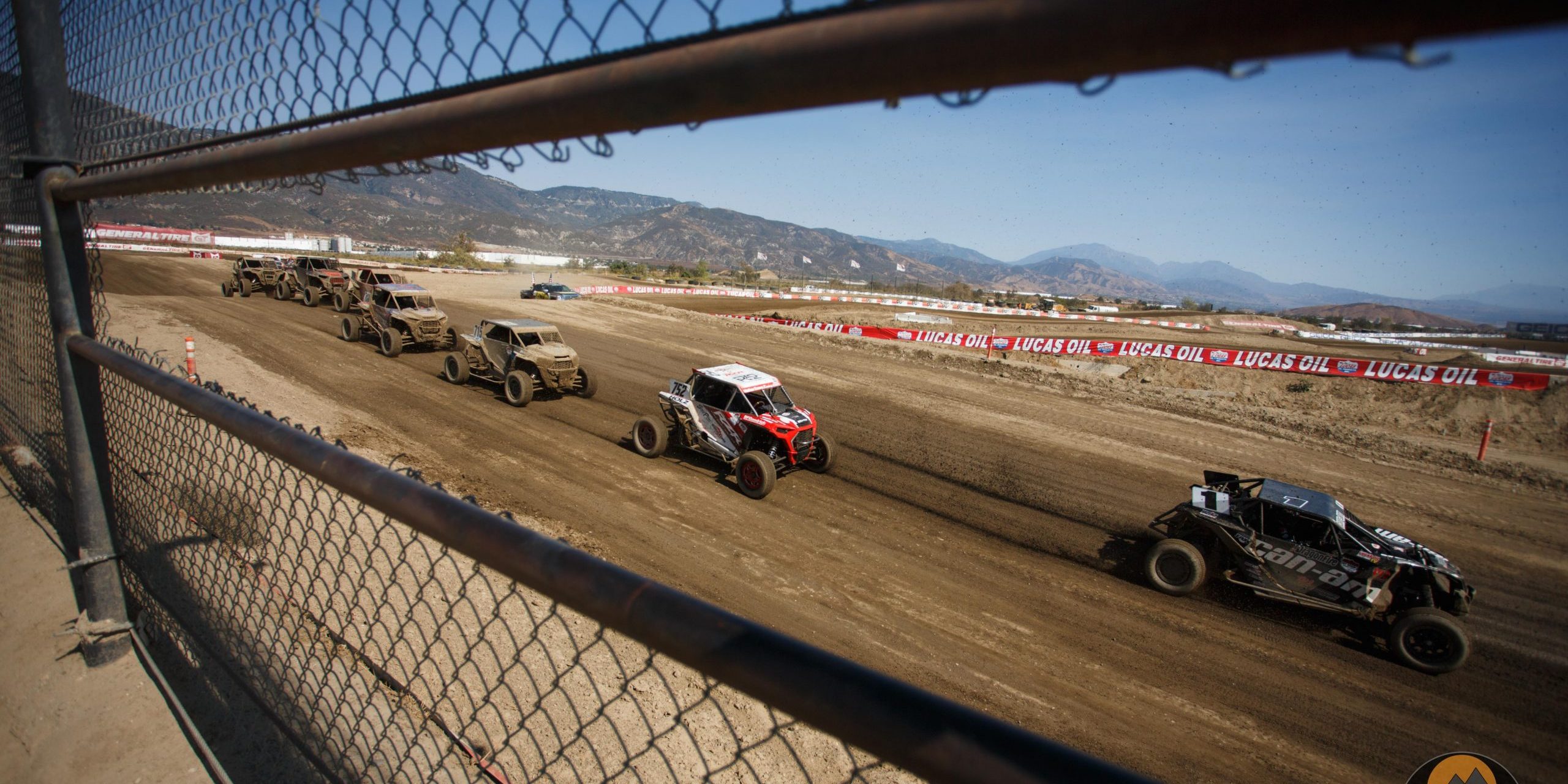 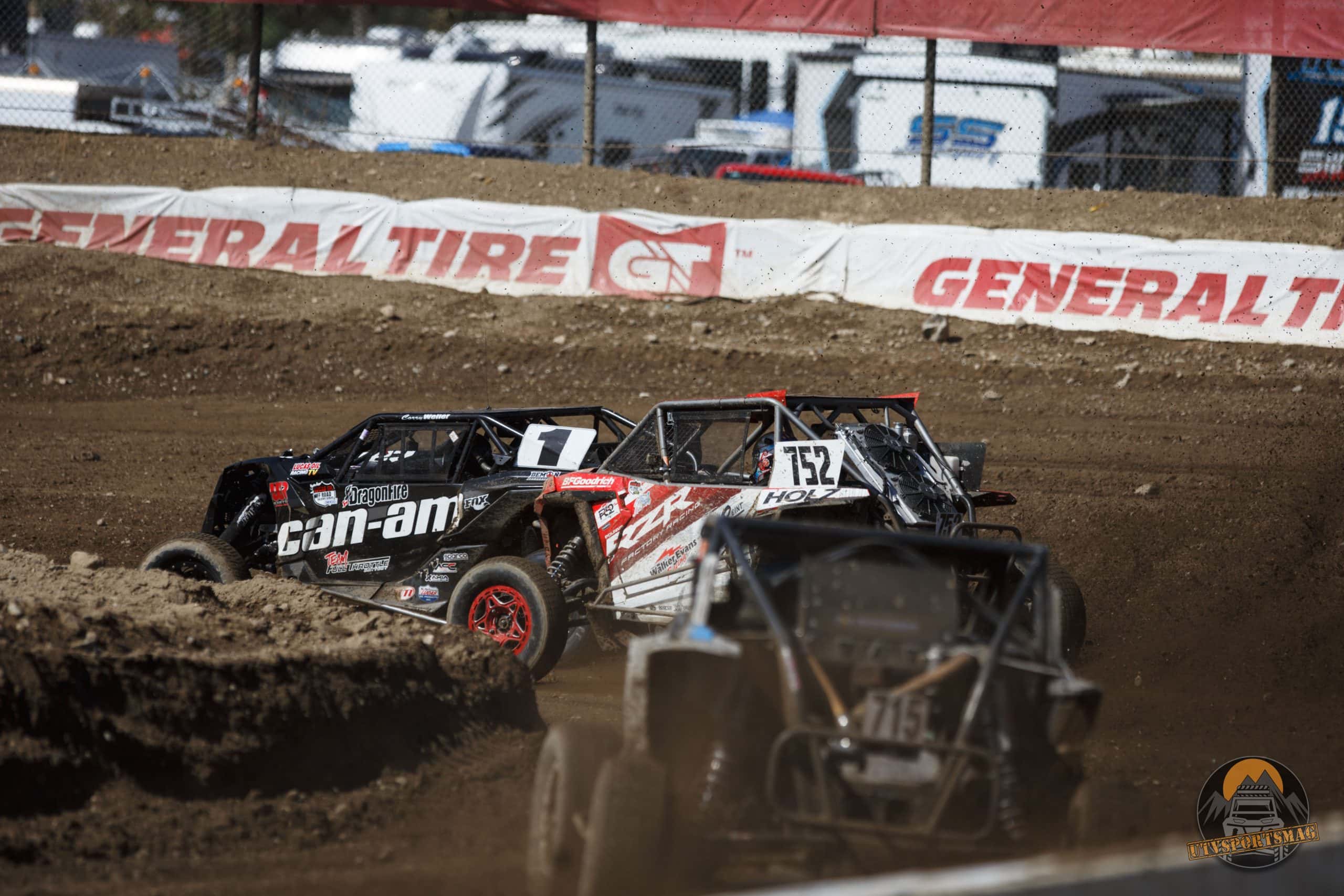 With how different of a year it has been in 2020, its crazy to look back and realize that the short course season is now officially over. Last weekend the Lucas Oil Off-Road Racing Series held their final rounds at Glen Helen Raceway to determine their class champions. 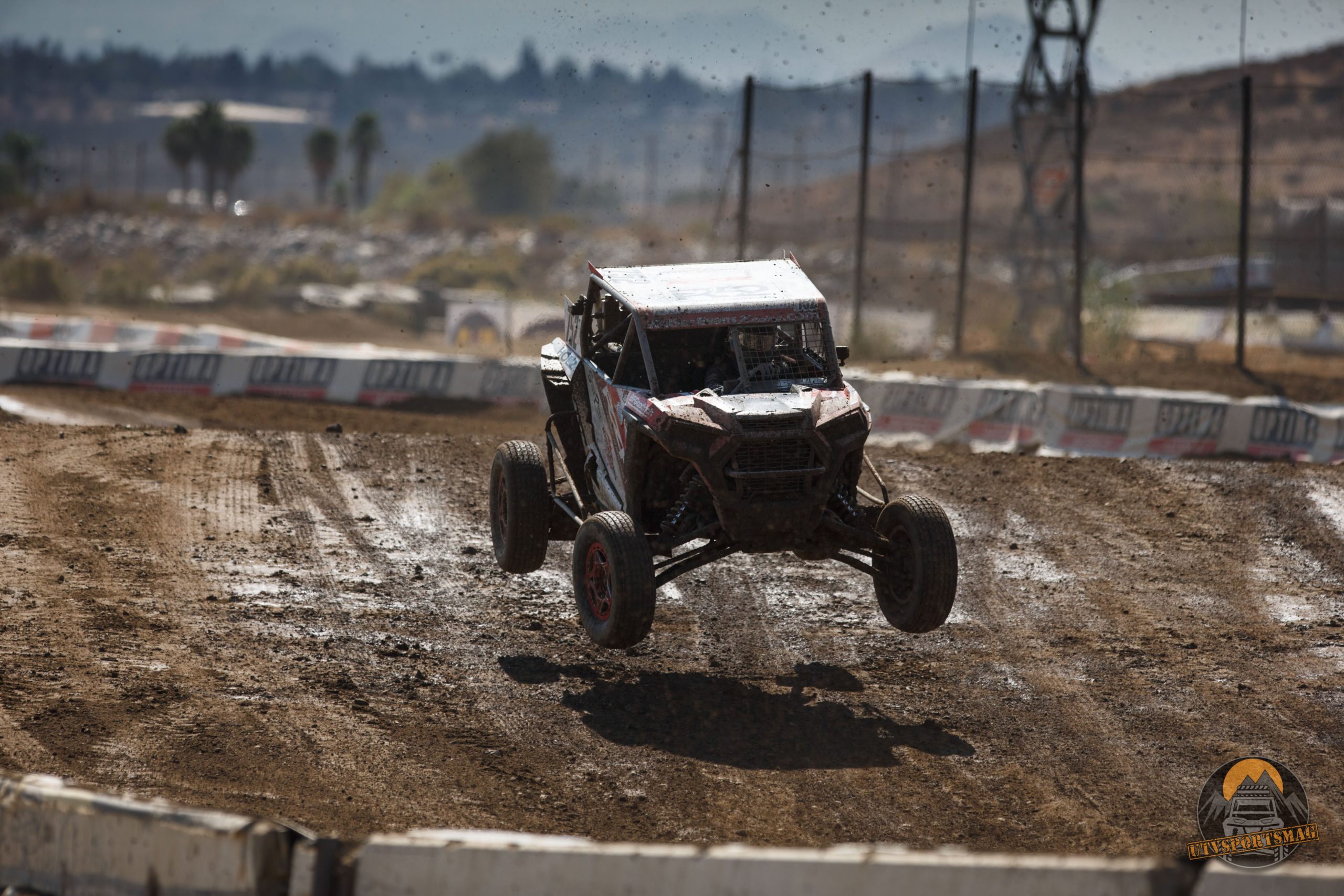 In all three UTV classes, all three championships would be decided in the final two rounds with the closest battle being in Turbo UTV. All year long, Ronnie Anderson and Corry Weller have been battling back and forth swapping wins and the points lead all season. After Ronnie swept the Arizona races with three wins, he would come into Glen Helen with a seven point lead over Weller making every single point that much more important. 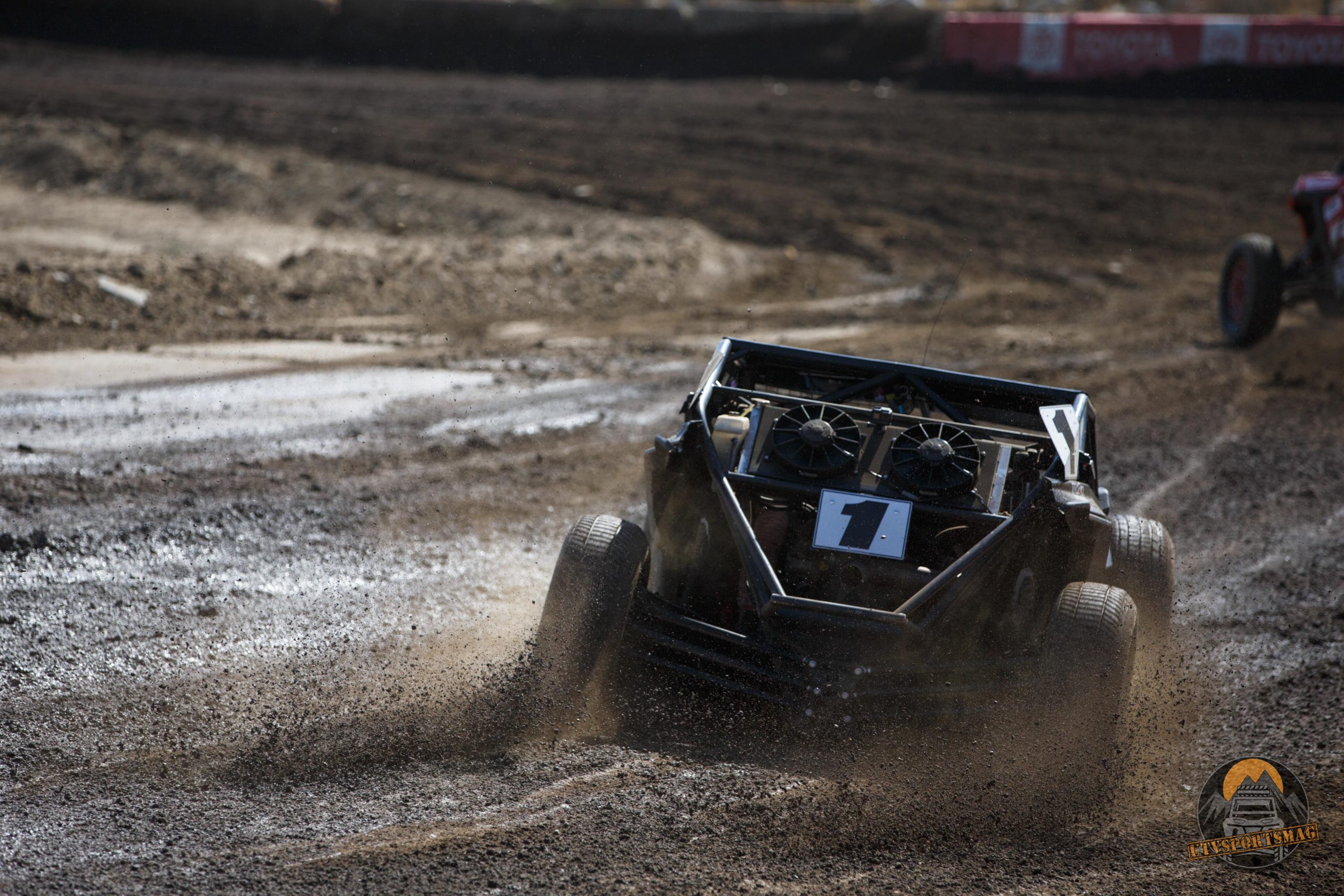 In Round 9 on Friday, Ronnie got out to an early lead and looked to be on his way to winning the race when tragedy struck and flames were seen out the back of his RZR. He worked his way back to the hot pits where it was determined a blown engine was the culprit, and all he could do was watch as Weller took over the lead not only in that days race but also in the points. With the DNF and Weller out-qualifying Ronnie earlier in the day, he would fall back nearly 15 points making the chase for the championship very difficult the next day. 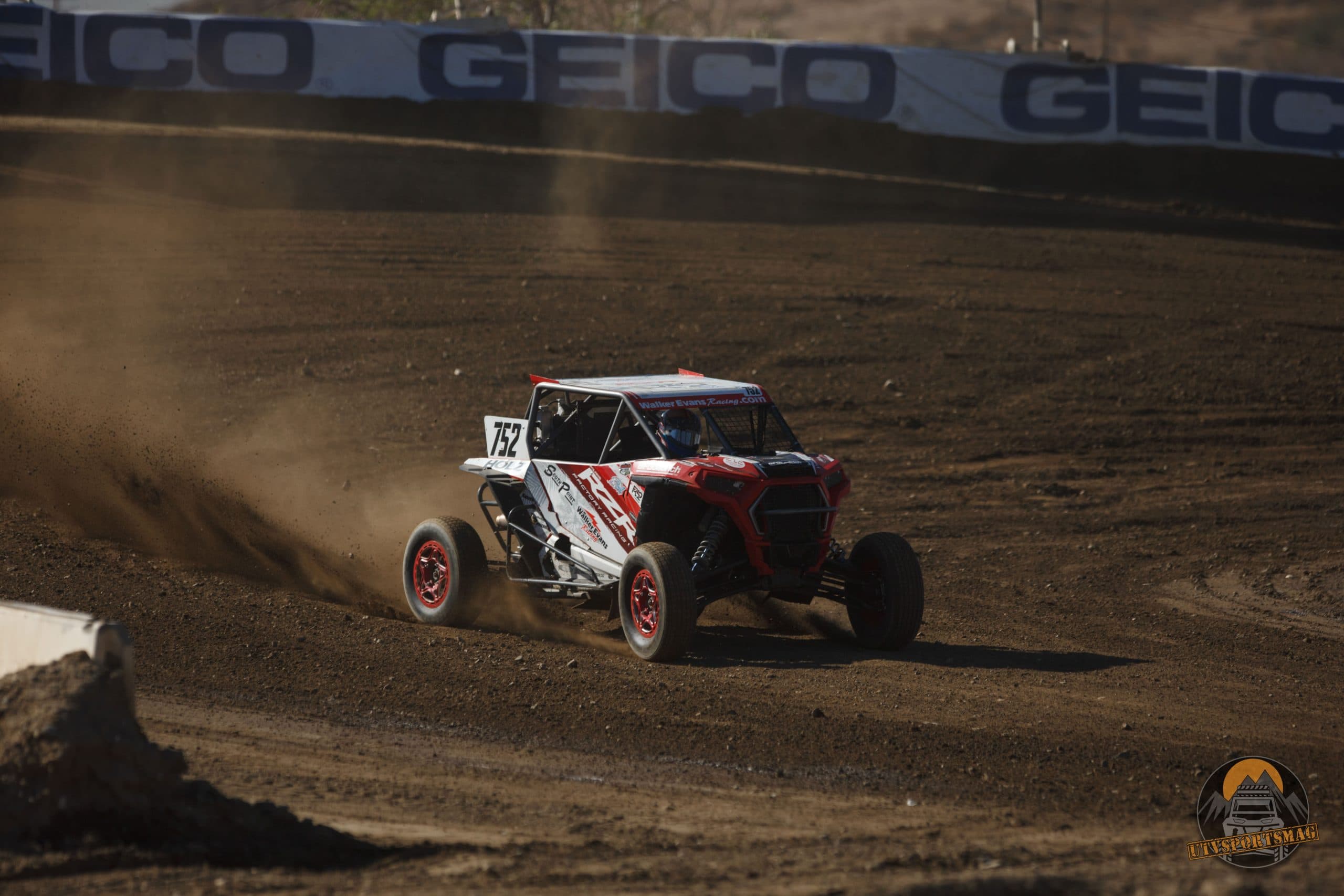 While mathematically Ronnie wasn’t out of the points race, he would need a perfect race for himself and a disastrous one for Weller. The two were battling early in the race like they had all year long when another setback came Ronnie’s way in the form of a flat tire. Anderson pulled into the hot pits where the RJ37 team changed the tire NASCAR style getting Ronnie back on course without going a lap down. Pulling back on course right in front of Weller put him on the lead lap, and luck would be on his side as a yellow flag would come out shortly there after lining him back up with the field. 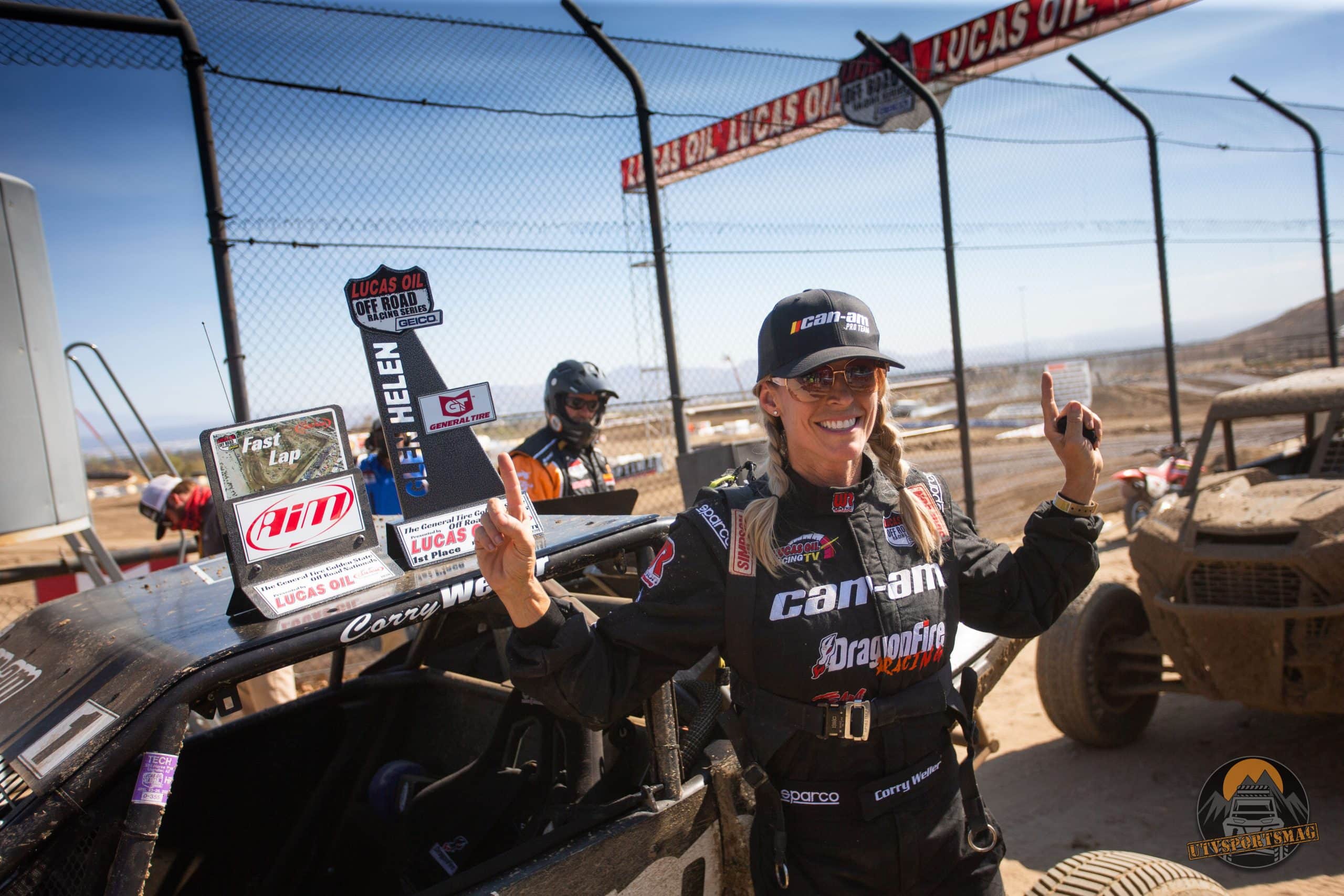 Ronnie would power through the field working his way back up to take over the lead from Weller, but it would be too little too late as Corry cruised to a second place finish, not taking any unnecessary risks trying to take back the lead. Weller would put the lone Can-Am on top in points making it her third championship in the class in just as many years. 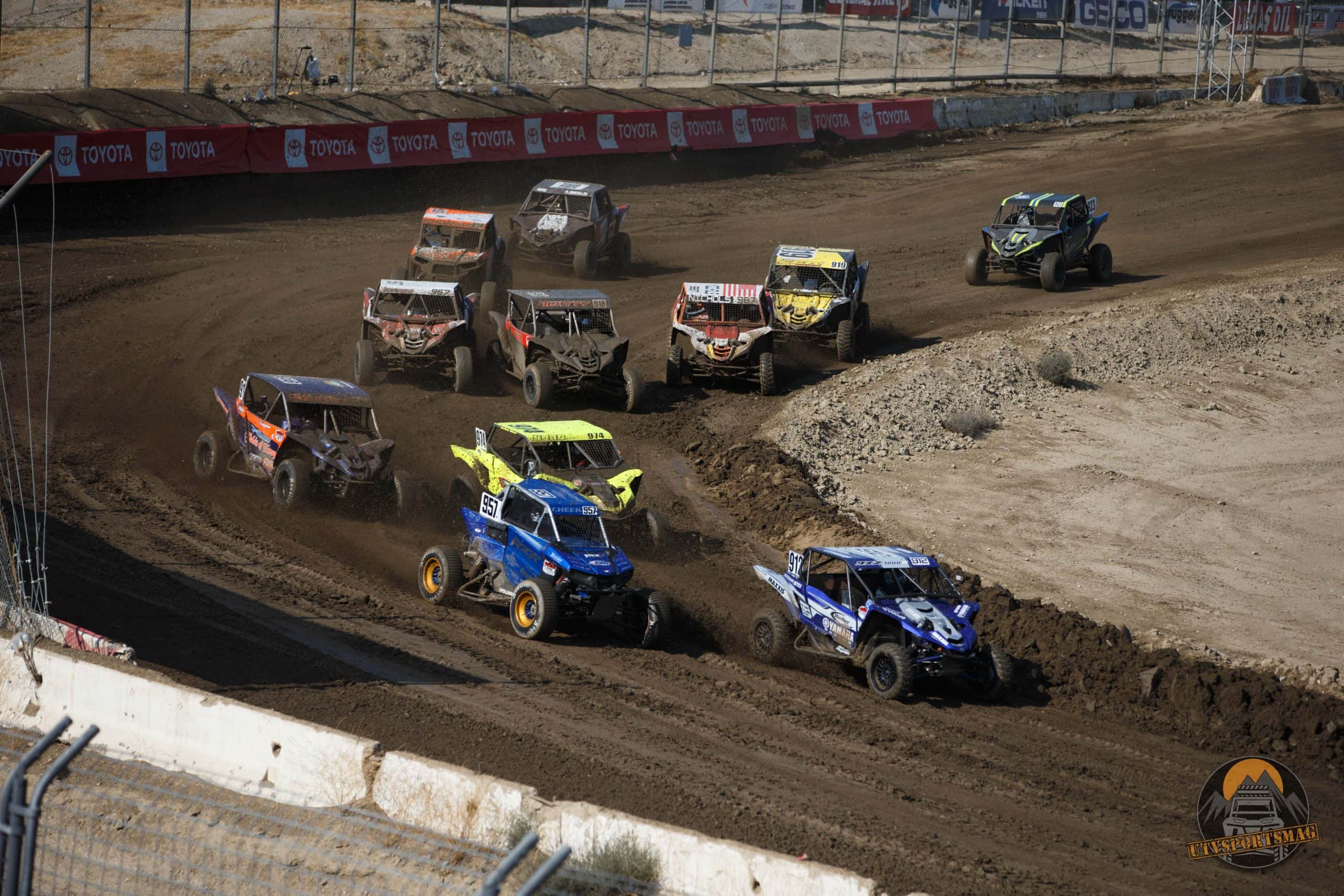 In the Production 1000 class, the show all year was Myles Cheek vs. Brock Heger. The two long time friends and rivals battled hard all year long with both drivers landing on the podium together in all but one round. Cheek had the upper hand going into the weekend by 25 points and only extended the lead after the first day by qualifying first and winning the race. On Sunday, Heger would take home the win giving him his third of the year but it was just no match for Cheek who would finish the season with seven wins while also qualifying first in all but one round. 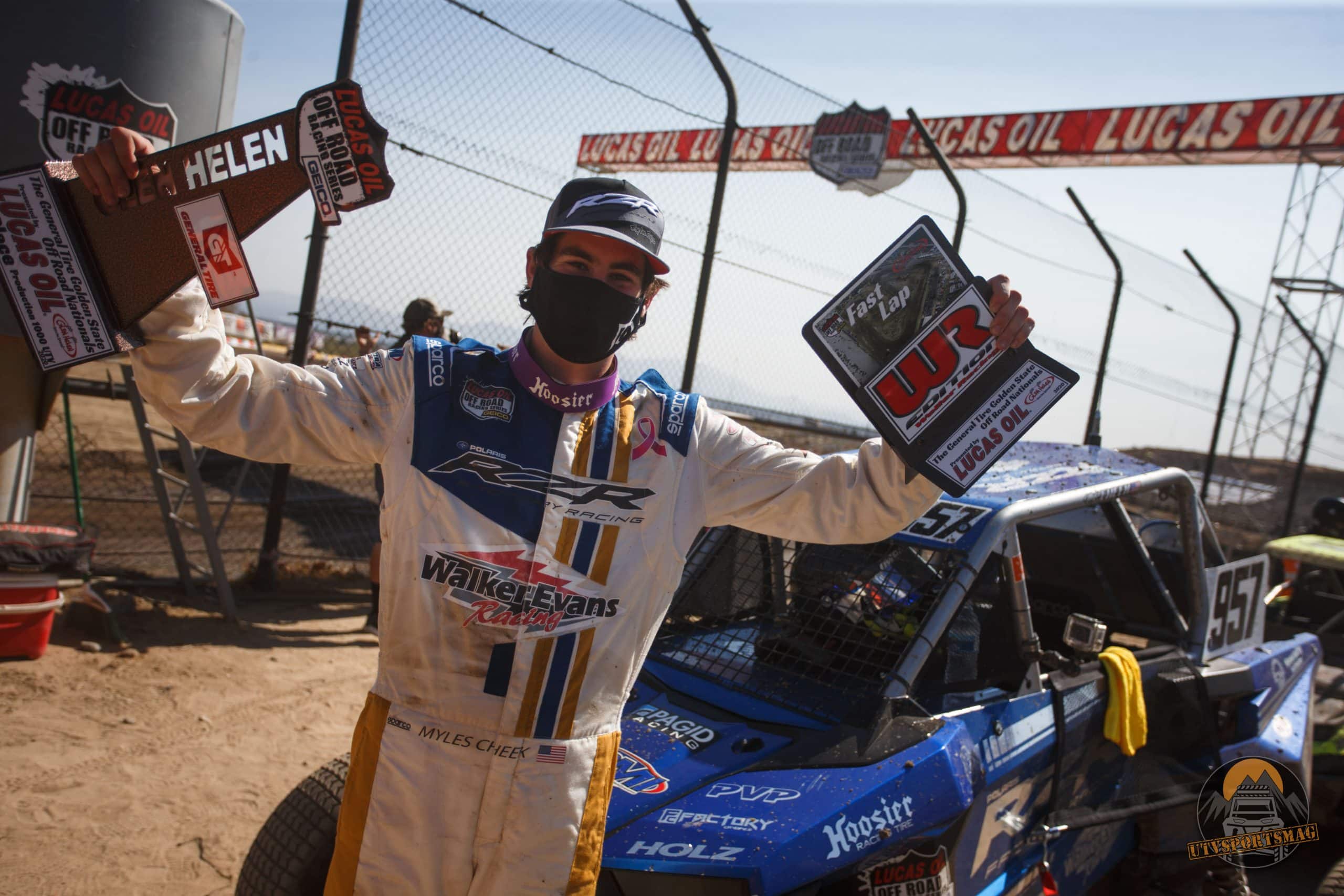 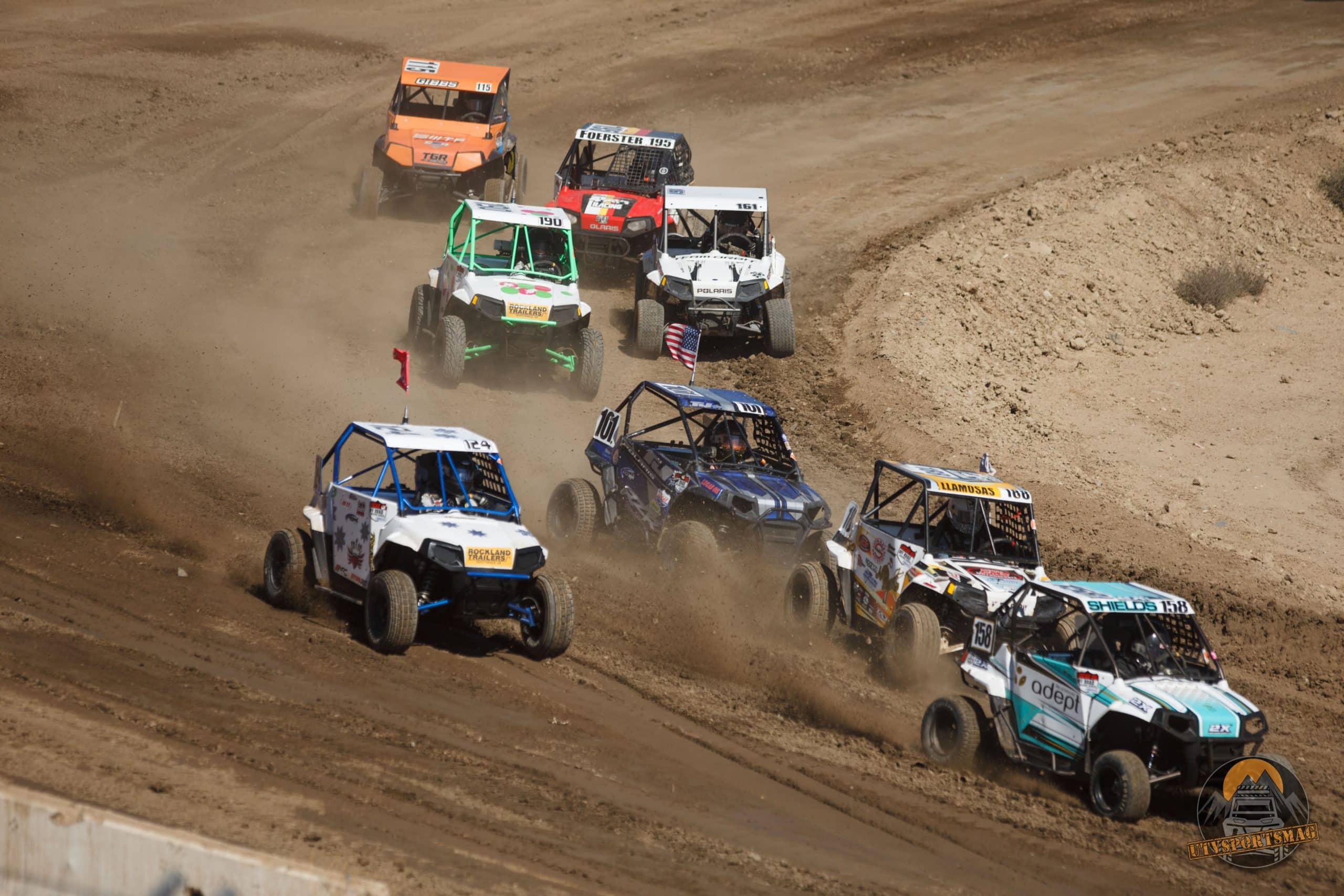 Our Little Rippers this year in the Polaris RZR170 class are always fun to watch, and they are the future of the sport. Just like Myles Cheek and Brock Heger battled all year, TJ Siewers and George Llamosas put on just as impressive of a fight. 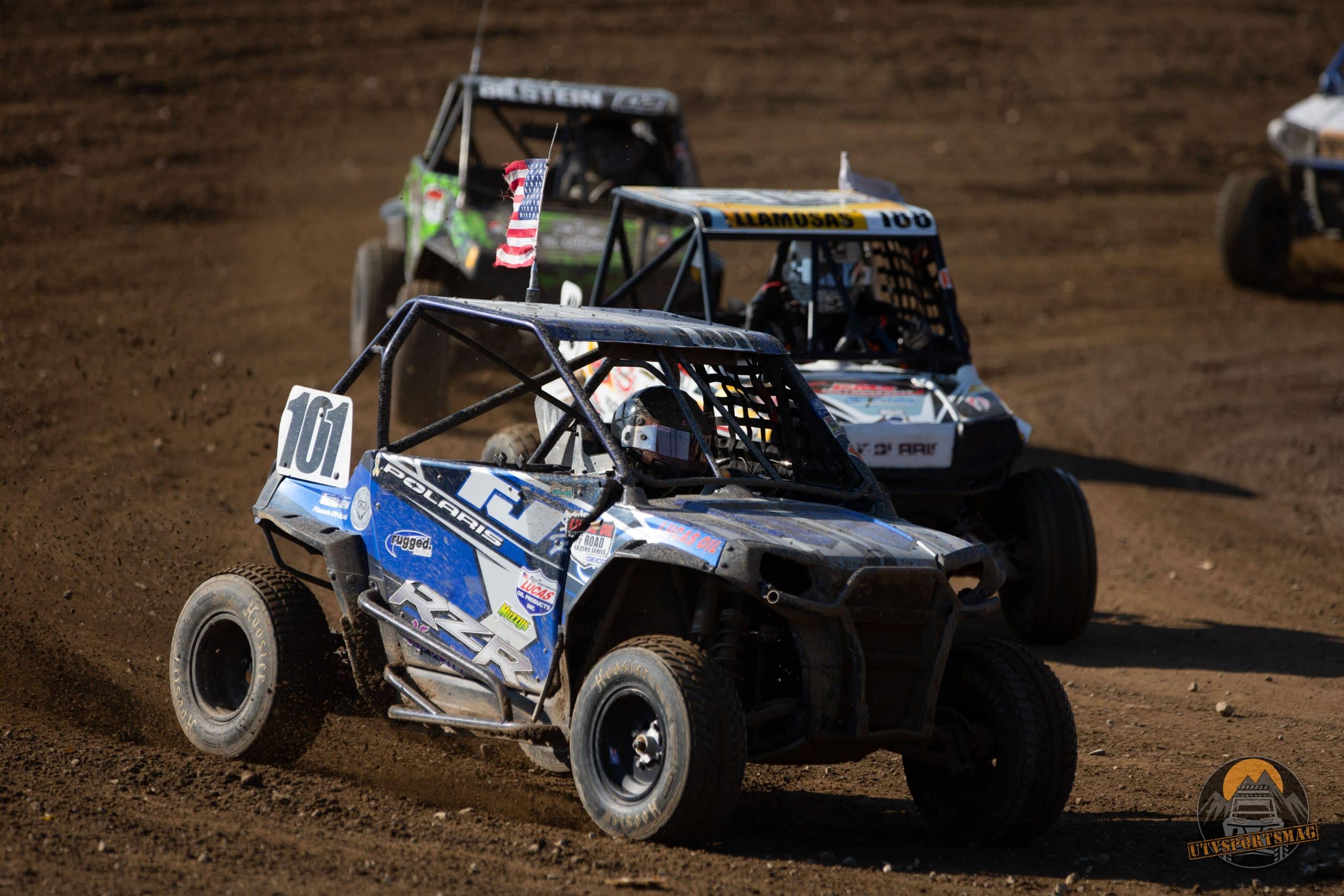 Eleven points separated the two going into Glen Helen, with Llamosas making a late charge sweeping the weekend in Arizona winning Rounds 6-8. Tj held his points lead through that weekend though finishing right behind George in each round. Here in Glen Helen, Llamosas pushed hard from each green flag to try and get as many positions ahead of Siewers as he could, but Siewers just couldn’t be shook off. 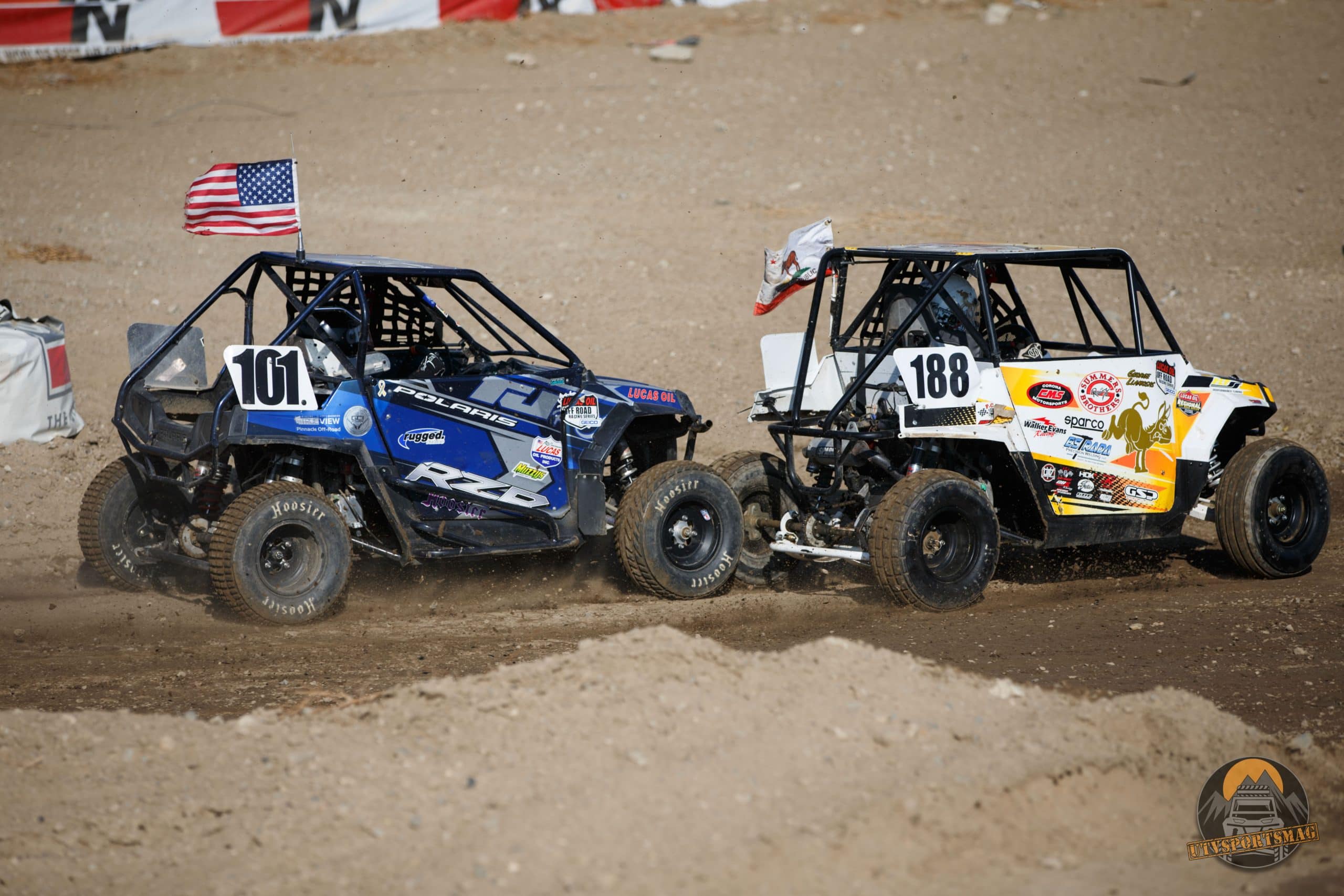 Only three drivers this year could make the claim of landing on the podium every single race, and TJ was one of them. That consistency gave him the points lead coming into Glen Helen and by finishing second both days, he would finish the season with the championship wreath wrapped around his neck. 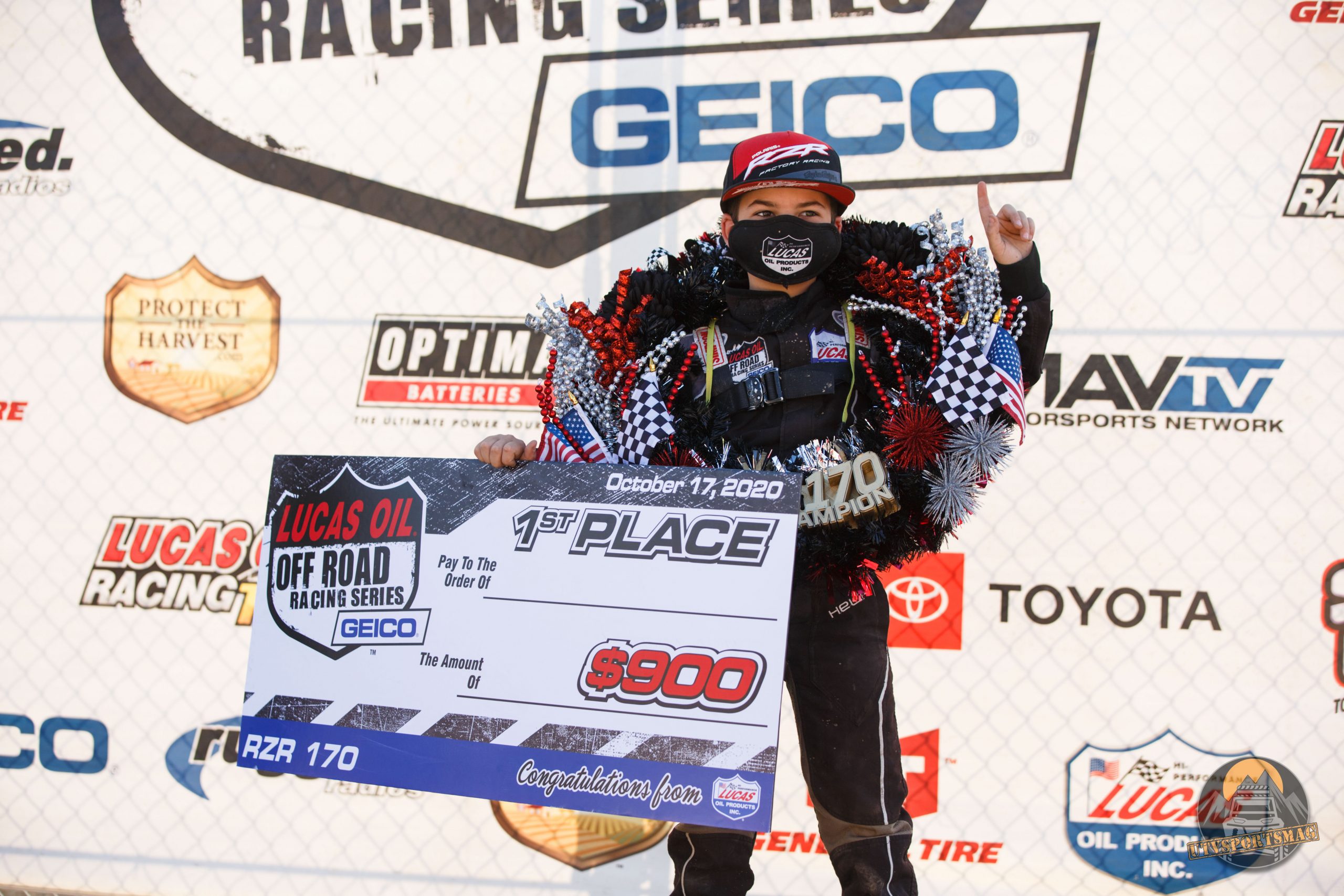