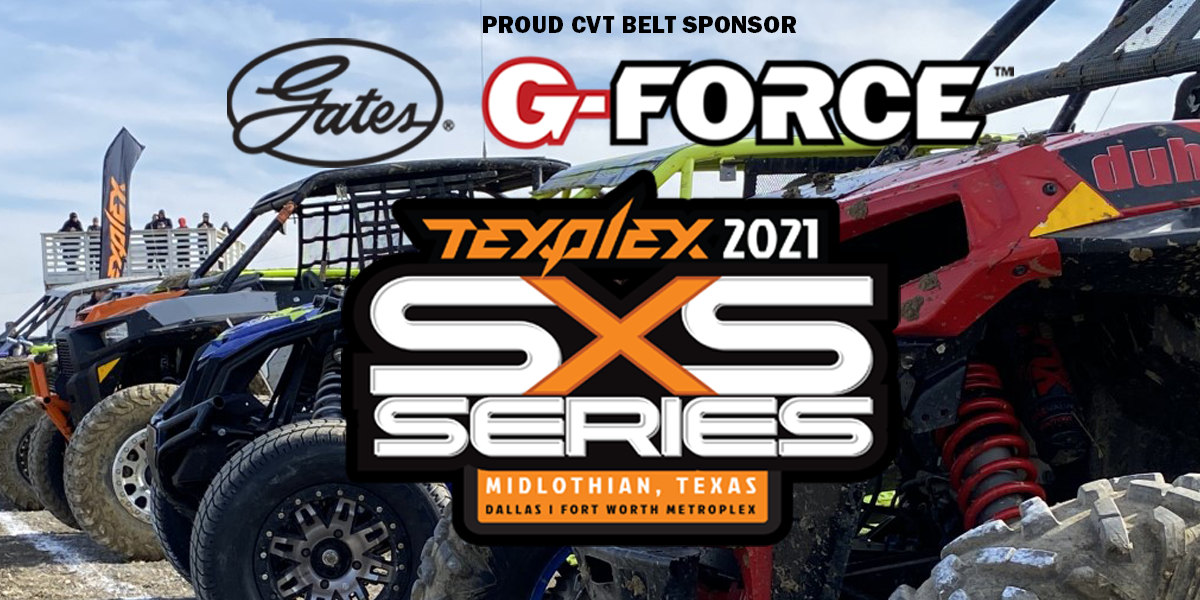 “We are thrilled to be a part of this growing race series” says Joe Menzel, General Manager of Gates Mobility and Recreation business unit. “Many of the teams racing the TexPlex SxS Race Series have been upgrading their vehicles to run on G-Force RedLine in recent years, so it was a natural fit to expand our partnership with the organizers and help this series grow even further.”

The nine-round 2021 series will kick off on March 6th in Midlothian, TX at the Dallas Fort Worth Metroplex. With a total series purse of $200,000, racers are expecting this series to be one of the most hotly contested UTV battles in the country this year. Top teams and riders have all confirmed that they will be participating and some of the biggest names in the industry have joined on as sponsors to keep UTV short-track racing progressing. 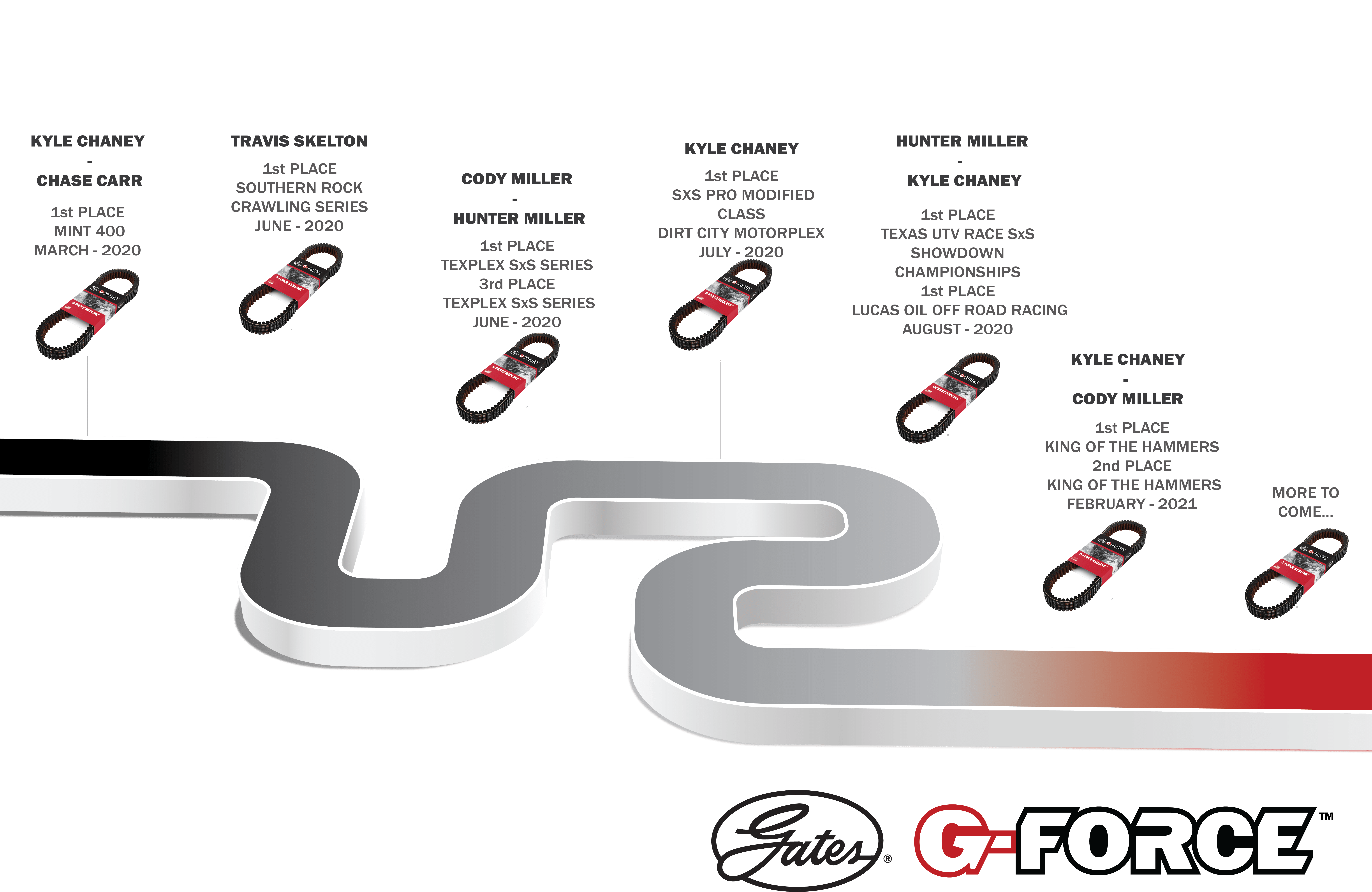 In 2020, Gates expanded the G-Force RedLine CVT belt line to a wide range of UTV applications after its 2019 debut. Designed and tested with direct input from their elite group of athletes and influencers, G-Force Redline was created for riders looking for off-road specific performance and durability when riding and racing in all extreme conditions, from mud to deserts to mountains.

Gates G-Force RedLine belts, available from powersports and automotive distributors across North America, will also now be available to racers and spectators alike at the TexPlex pro-shop. To learn more about GForce RedLine, please visit www.gates.com/redline. To find the proper belt for an application, reference the Gates online catalog system at navigates.gates.com.