Champions Crowned at Final round of 2019 Kenda/DP4 Championship 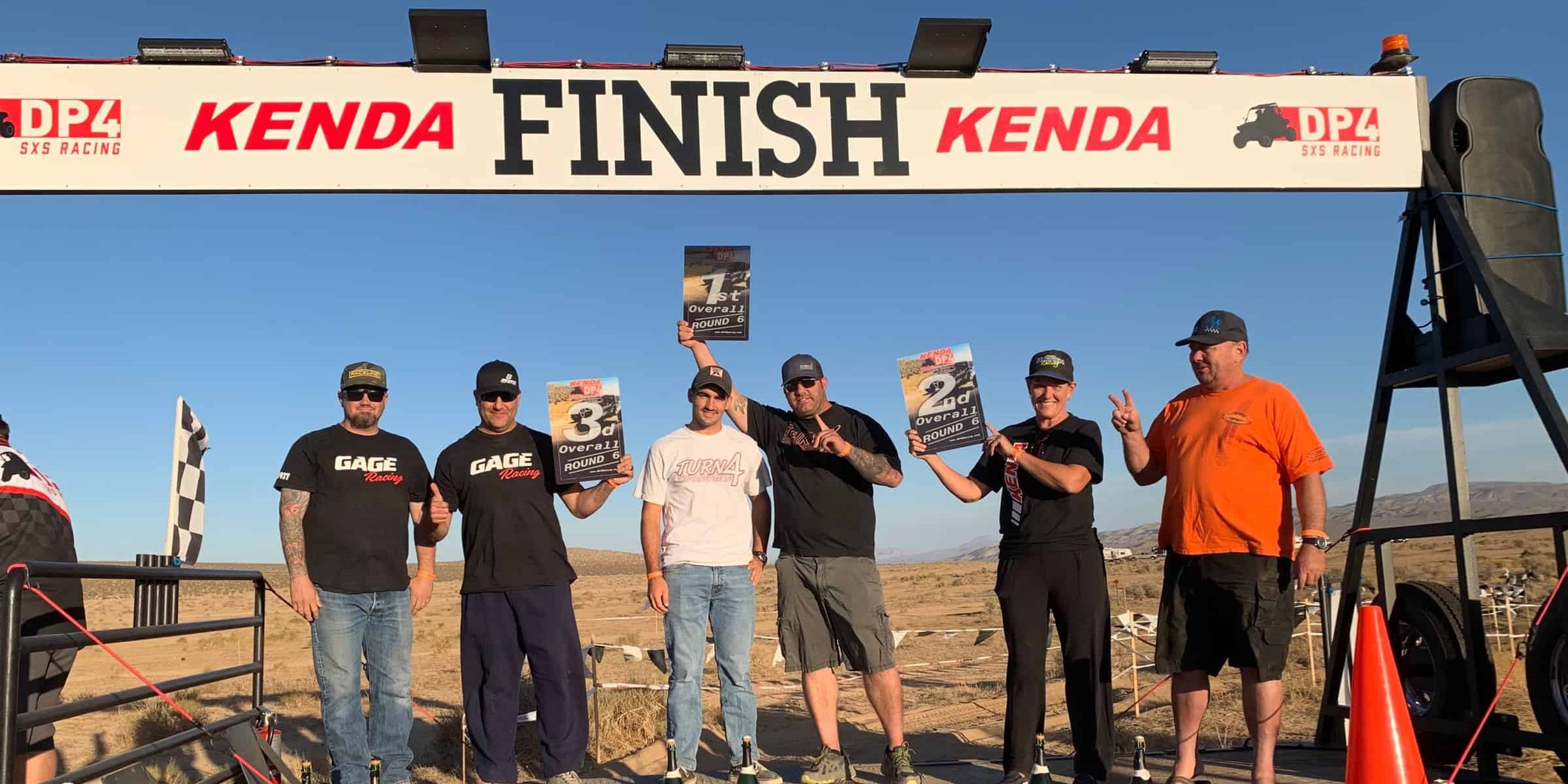 Champions Crowned at Final round of 2019 Kenda/DP4 Championship

DP4 Racing returned one final time in 2019 to the Spanger Hills OHV Area just south of Ridgecrest, Ca for the sixth round of the 2019 Championship. With over thirty cars taking a start at the final round, a clear statement was made in Ridgecrest – “2020 is going to be a big year of racing for DP4!”

New faces joined by old friendly ones dotted the pits this past weekend as for the fourth round in a row DP4 racing saw a large new field of first timers. One of those first timers, although no stranger to racing, was that of Rick Smith. Rick and his Yamaha YXZ put on a clinic in the production 1000 class and with a late race effort actually finished third overall against a field of nearly 20 racers whom had started ahead of him! 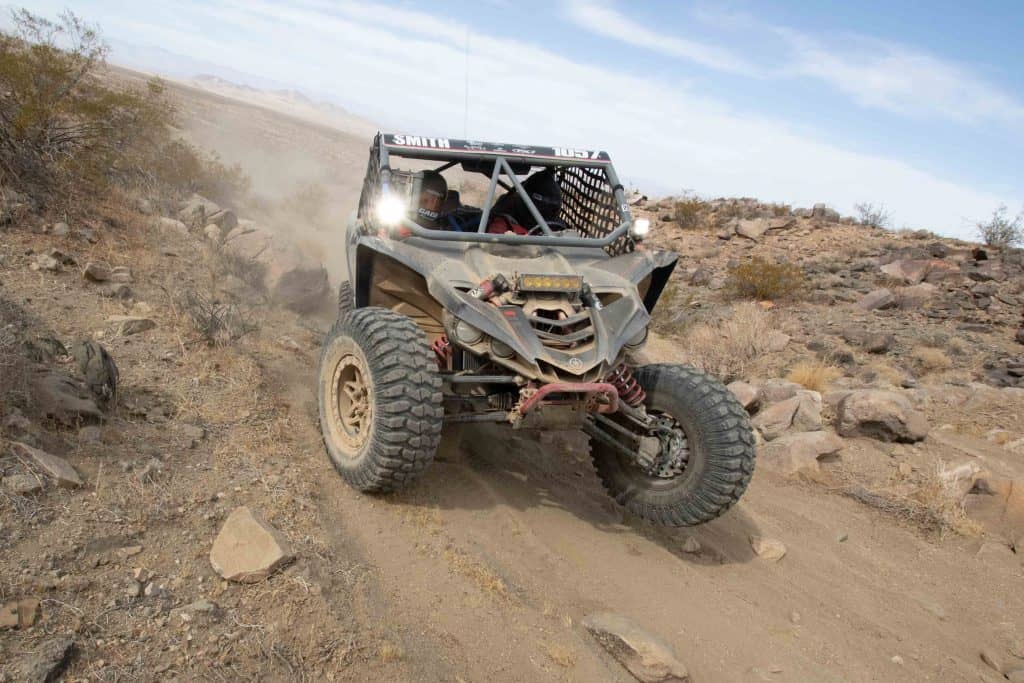 It wasn’t only about new faces at the sixth and final round, however, as a whole slurry of racers celebrated making the startline for all six events here in 2019. All three of the six-time starters in 2019 got to celebrate on the podium here at the final round! Taking class wins in their respective classes, the FNF team of John Connolly and Danny Reider earned enough points to secure the Production Turbo class championship, while the infamous “Kelly Brothers” celebrated an already clinched Production 1000 class championship on the podium after round 6.

Perhaps the story of the day, as far as 6-time participants is concerned, was that of father and son team of Louis III and Louis IV Castillo who in just their 6th race ever took the Production 1000 turbo win and fourth overall on the day. In doing so, they collected a garage full of prizes including Kenda Tires, and IMS/Red Head Valves Dump Can, A Trinity Racing Drive Belt and the brand new Desertcraft Can Am X3 Air Filter. 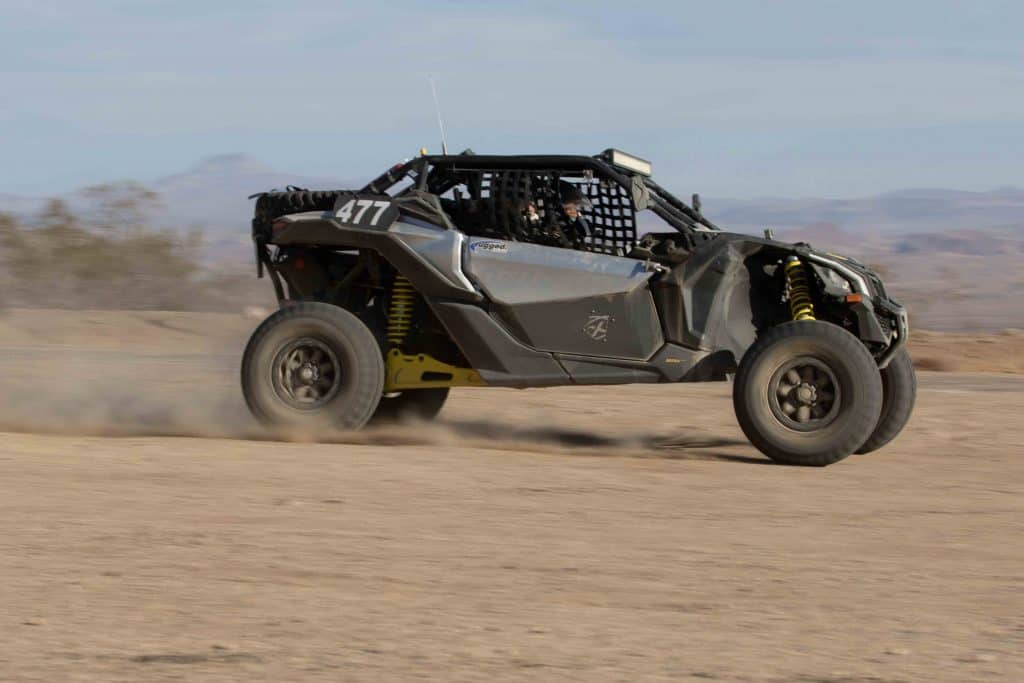 Another series regular who celebrated on the podium here at round 6 was that of Kurt Ashley who took his 5th win in 5 tries in the stock 1000 class. Ashley who has been unstoppable all year, worked his way from the very back of the pack to finish 6th overall on the day. Ashley celebrated the class win as well as class championship which he had locked up ahead of the penultimate round of the 2019 championship. “It was always a dream of mine to race desert. I came to one DP4 event, and I have been hooked ever since!

Joining Ashley with a previously locked up championship, the first of our two pro classes went to series sponsor Mark MacDonald who along side his daughter captured the Pro Production championship one round early in their Desertcraft Razr. The duo, not ready to be done, showed up to round 6 and took their third win of the season and a cool $400 cash as their share of the Pro Payout here at Round 6. 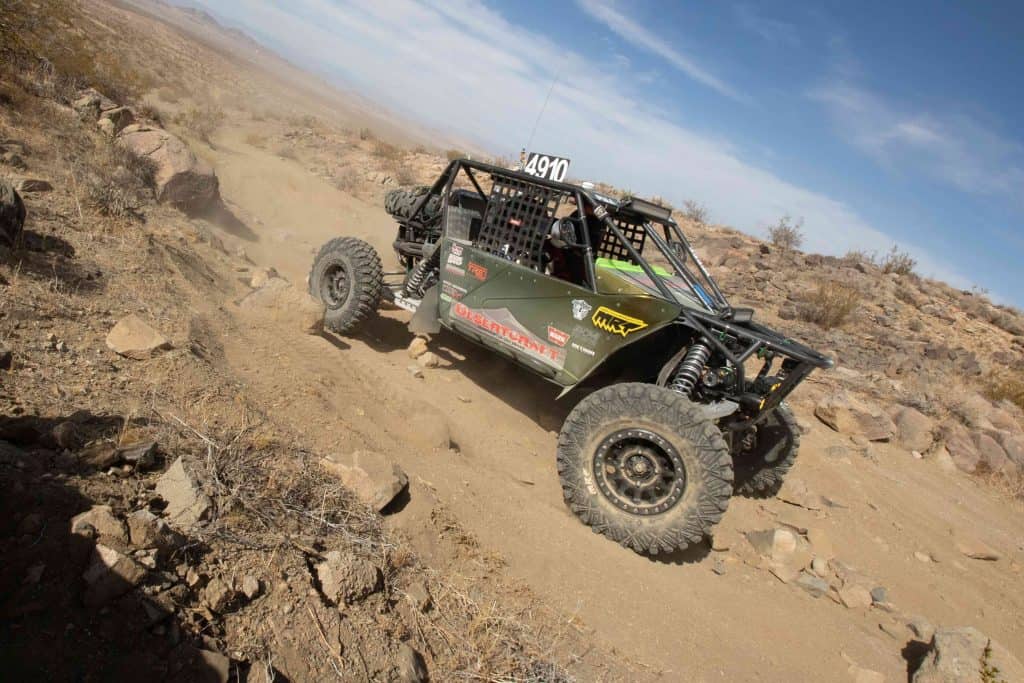 Up front of the action, however, was the must watch race of the weekend which featured two of the fastest SXS racers in the country battle it out to the end for a chance to become the first ever DP4 Racing Pro Turbo Class Champion! Chris Blais and Robert Nuckles were only 3-points away from each other and both were eager to take home the 2019 pro championship coming into round 6.

At the 33-mile mark, and the end of loop one, Blais Racing Services’ Chris Blais had caught his Turn 4 Motorsports Can Am rival and looked to be in cruise mode heading out onto the second lap without taking fuel. Physically overtaking the lead by about 10 second (40 on adjusted time) Blais set the fastest lap times for each of the first two loops. 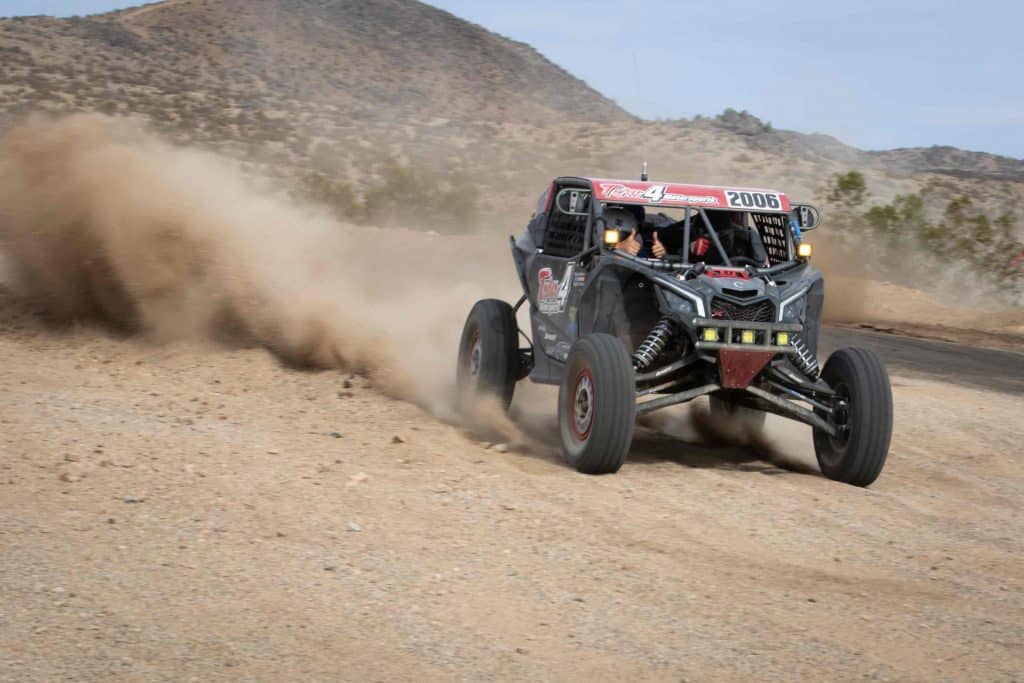 Come lap three, however, Blais was nowhere in sight and and it was Robert Nuckles who came screaming into the “infield” in first.  From that point on, Nuckles continued to gap the rest of the field, providing thumbs up every chance he got cruising to victory here in Ridgecrest. “It has been such a fun and professional time racing here in the DP4 Championship. The events are top notch, and there is nothing out there that compares to them!” – Robert Nuckles explained from the finishline. Taking the overall win and class championship with it, Nuckles also took home his $400 share of the pro purse.

Finishing second overall on the day, and second in the Pro Production Turbo class, first time Pro-Class Racer Kim Lynch road to a career best second with a virtually trouble free fun. “We really love these races out here .The DP4 series reminds me of old motorcycle races, and after about 20 years of doing those, it is just a special feeling to be doing these kind of events in my car with my husband!” Lynch said on the podium, “We are going to be back next year and I hope that we can give Robert and Chris a run for their money up front! 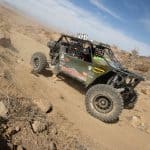 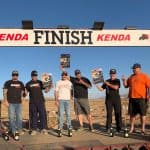 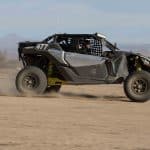 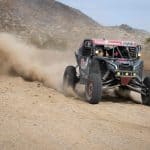 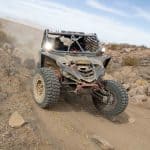 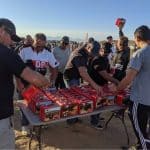 Rounding out the overall podium was first time DP4 racer and Production 1000 competitor Rick Smith who raced his Gage Racing Yamaha YXZ to to top of his class and fastest of the amateur class racers. Smith who had been trying to make it out to a DP4 event for the last three rounds was excited to be a part, “We have been watching these videos and hearing all about this series for the better half of the year. My schedule just didn’t line up, but things worked out this weekend and now I know to make DP4 a priority on my schedule for 2020!”

As always, the DP4 Championship was supported by both racers and sponsors alike. Round six saw a list that was well over 25 items for give a way on the podium, but perhaps the best give-a-way of the weekend the the year end “Superhero Lunch Boxes” that the DP4 team put together for all of its racers. Each racer (who had previously raced with DP4) received a custom made lunchbox which featured their name, number, and a photo of their SXS in action. The gift, which will be unmatched for years to come, is one of many items that were given to competitors throughout the year as DP4 works to differentiate it’s self from the competition by showing its competitors how much each and every driver is valued.

For round 6 results, and season points totals check out www.DP4Racing.com

For more information on the 2020 DP4 Championship, please visit www.dp4racing.com.

Race photos provided in this press release are provided courtesy of Photo Dust Media. Visit www.photodustmedia.com for event photos from rouns 5 and 6 of the 2019 DP4 Championship!

Check out our recap video here for a look at all of the racing action from Round 6 and the rest of the 2019 racing season.

The 2019 season was an absolute success for the first year of DP4 Racing and we are happy to share the following outstanding stats with the off road world!

By the numbers, our racers raced on over 10,000 miles of race course. That is something for all of you to be proud of, and from the bottom of our hearts, the DP4 team thanks each and every racer for a great 2019 season. Bring on 2020 and we will see you all in February!