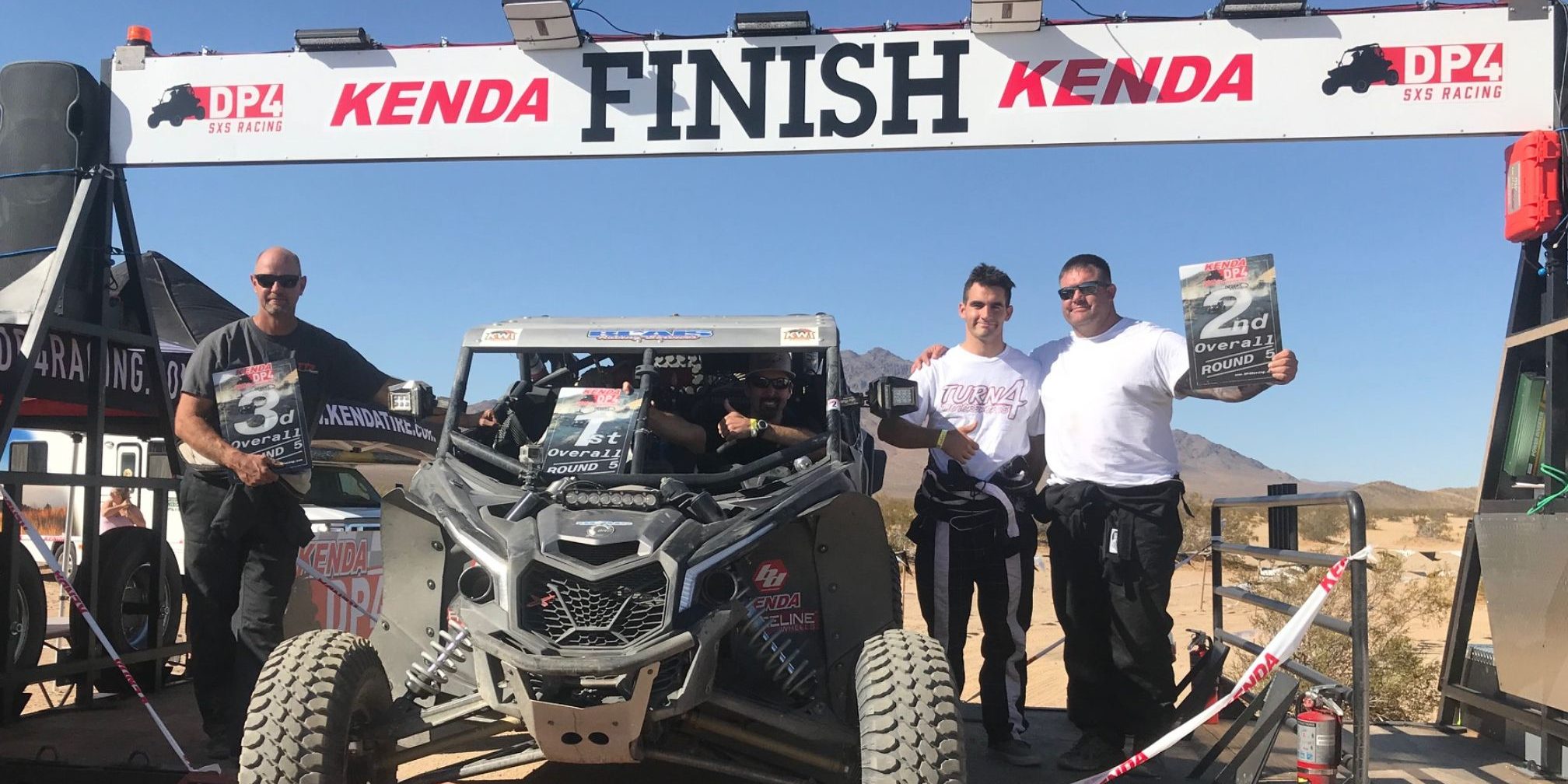 September 9, 2019 Los Angeles, CA – The side by side market continues to take the world by storm, and as it does the Kenda/DP4 Racing Championship presented by Desert Whips is one of the most followed race series in the industry. Round Five proved to be another exciting event as Chris Blais and Robert Nuckles virtually raced side by side for most of the 5-lap event.

Wet desert dirt highlighted most of the event, although some of the valleys did see signs of dust, as an unexpected downpour on thursday before the event provided enough ground coverage to help with dust and smooth out the sandwashes. “We had a good three hours off on and off downpours out here,” Tommy Russell of DP4 explained. “All I could do was find a high spot and wait it out in my sxs.”

With the course all but primed for a perfect event, Robert Nuckles got things started as the first vehicle off the line at 11am sharp. “This was really one of the best race courses I have done as of late. It reminded me of the old District 37 days, and the mix of open and technical was just enough to keep you on your toes!” Nuckles explained from the finishline. Starting directly behind at the first 30-second offset, Chris Blais and his Kenda backed Blais Racing Services Can Am X3 knew that he had his work cut out for him. 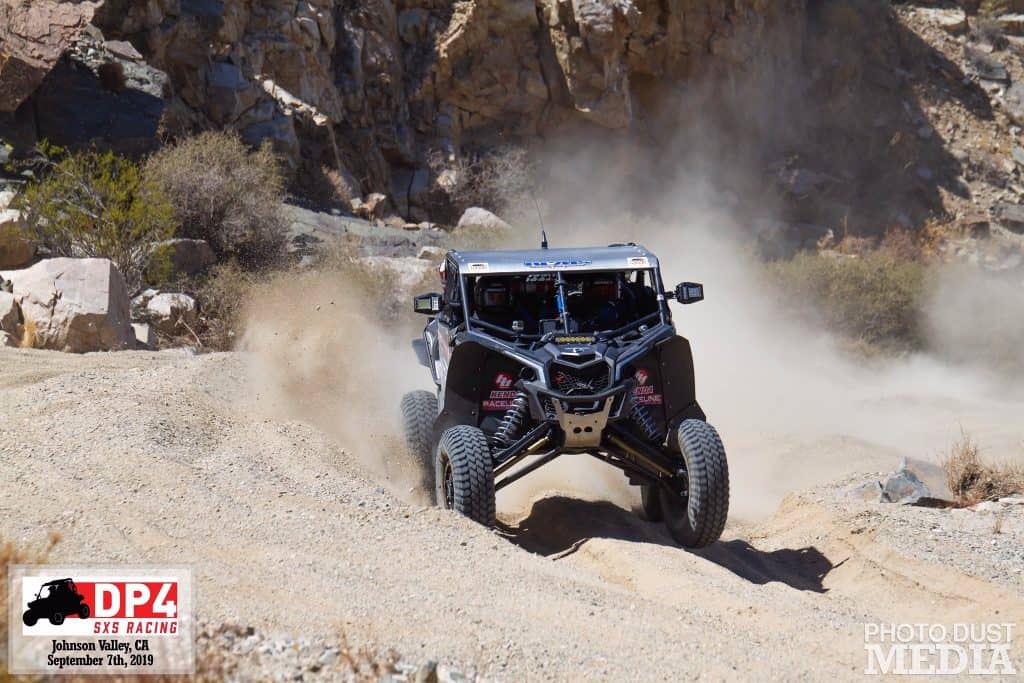 “Robert is a fast dude,” Blais said. “I had to push him all day, somewhere on that fourth lap is where it happened, he made a mistake (Clutch issues we later found out) and I was able to get around him. Jeremy my co-driver did great today, and we finished the 130-mile race without any issues.” In fact, in winning the race, Blais did so without event requiring more than a splash of fuel on his only pit stop. The win at round 5 netted Blais his share of the $700 pro-purse here at round five!

Winning the pro non-turbo class was DP4 regular and series sponsor Mark MacDonald and his “Ultra 4 Racing modified” Polariz Razr. “I just rode a good pace all day,” Macdonald explained, “My daughter and I just let the fast guys run away and focused on not getting any flats or having any issues with the car. Ironic that this round, after bringing ample spares with me we don’t get a single flat out on the race course!”  Without any flats, Macdonald was able to walk away with the win and his share of the pro purse here at round 5 after struggling to even finish the last Johnson Valley Race just 6-months ago. “I really feel like my stamina is improving as this series goes on. Desert racing isnt easy, this series is unlike anything else, and it feels good to know that I went 5-laps today and feel this good come the finishline.” 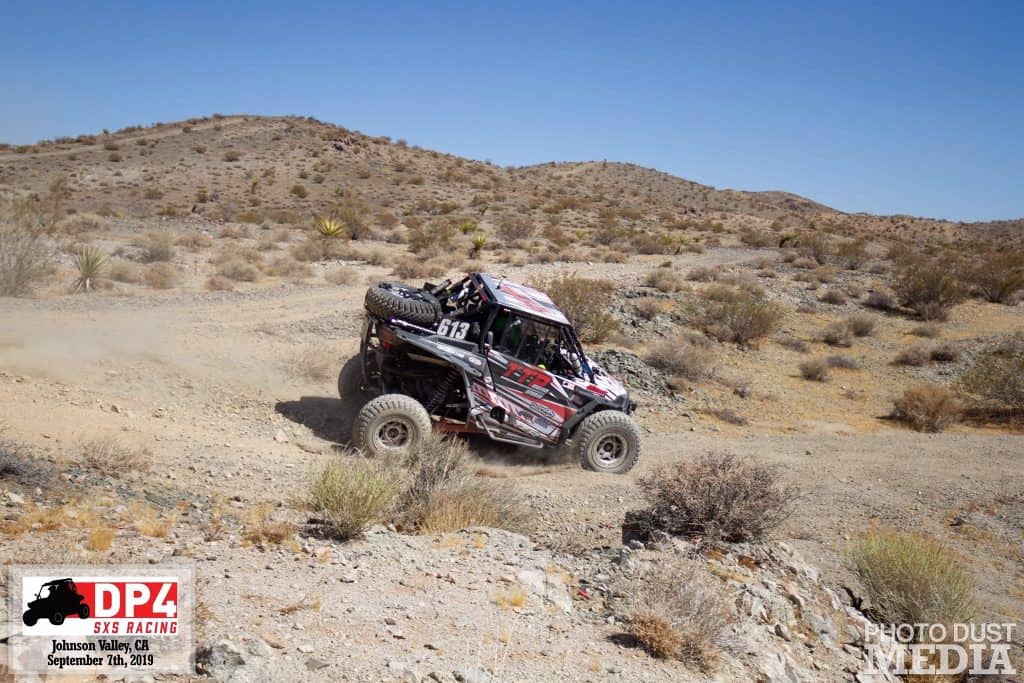 Third overall on the day was another series regular and our points leader in the Stock 1000 cc class Kurt Ashley. Starting at 22nd out of 24 racers, Ashley was able to collect his third overall podium of the season (Kurt previously finished 1st at round 2 and 2nd at round 3) despite having to pass nearly 20 riders in the process. “I know that my little car is much more underpowered than those larger turbo cars, but I just ride by race and make the passes one at a time. Its the tight stuff where I can really get them, and I just wait my turn and pass the guys one by one.” Ashley explained. Even more impressive than his performance on the course, Ashley is one of many racers who travel over 8-hours one-way to come to the DP4 events in the high desert region of Southern California. “We come from the bay area, it takes us about 8-hours. But the few of us follow each other and it makes for a fun weekend together.”And FUN it was, as his third overall  earned him the IMS/ Red Head Valves Dump Can which was awarded to first place in the Stock 1000 class here at round five. There will be one more of these dump cans to give away at round number 6 in October. 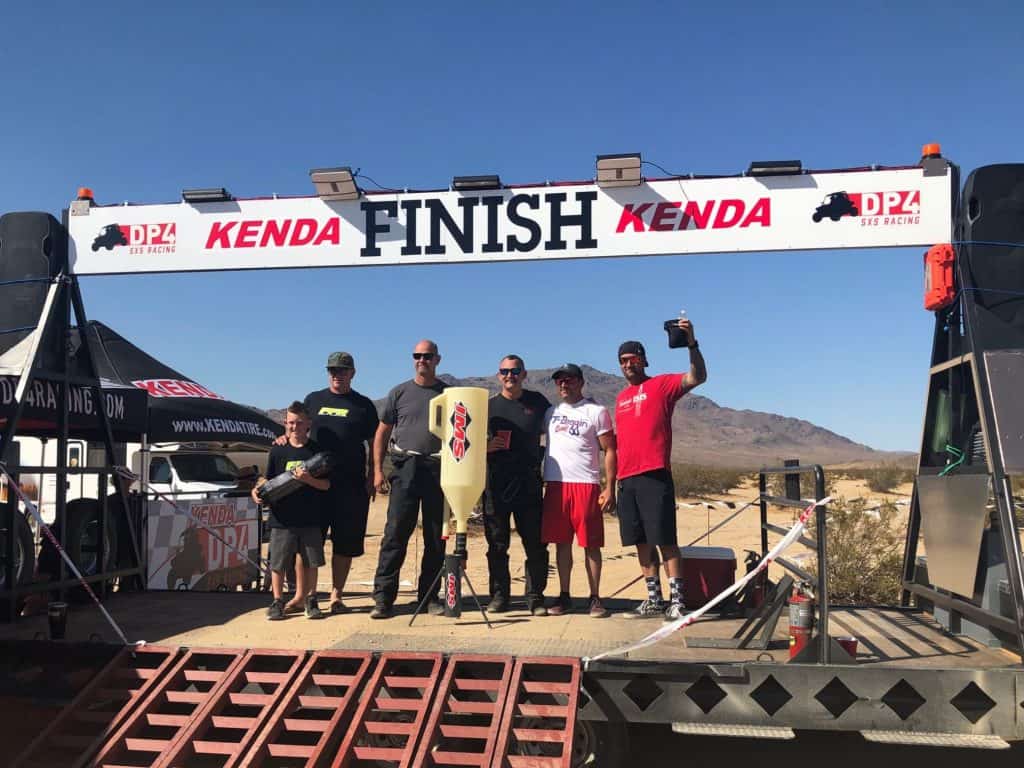 At fourth overall on the day, and first in the Production 1000 turbo class despite facing some of the toughest competition on the day, The Tortoisesupply.com Polaris racer Tyler Stewart took top honors by just over 30 seconds to Las Vegas cross-town rival and friendly competitor Taylor Davis. Crossing the line physically 5th overall, but making up time due to the time delayed start splits, Stewart ran as high as 2nd overall at the end of the fist lap before having to slow down to change a belt late in the race. “I know that we were running up near the front. The belt really set us back, but that didn’t stop me from trying. The only time we got passed all day was when we stopped to change that thing. It hurt watching Taylor go by, but I just put my head down and tried to get as close to her as I could.” Stewart explained from the podium. In doing so, he took home his own fair share of prizes including (for the second round in a row) a set of Kenda Tires, a (conveniently earned) Trinity Racing Drive Belt, and a Desertcraft Rzr air filter. 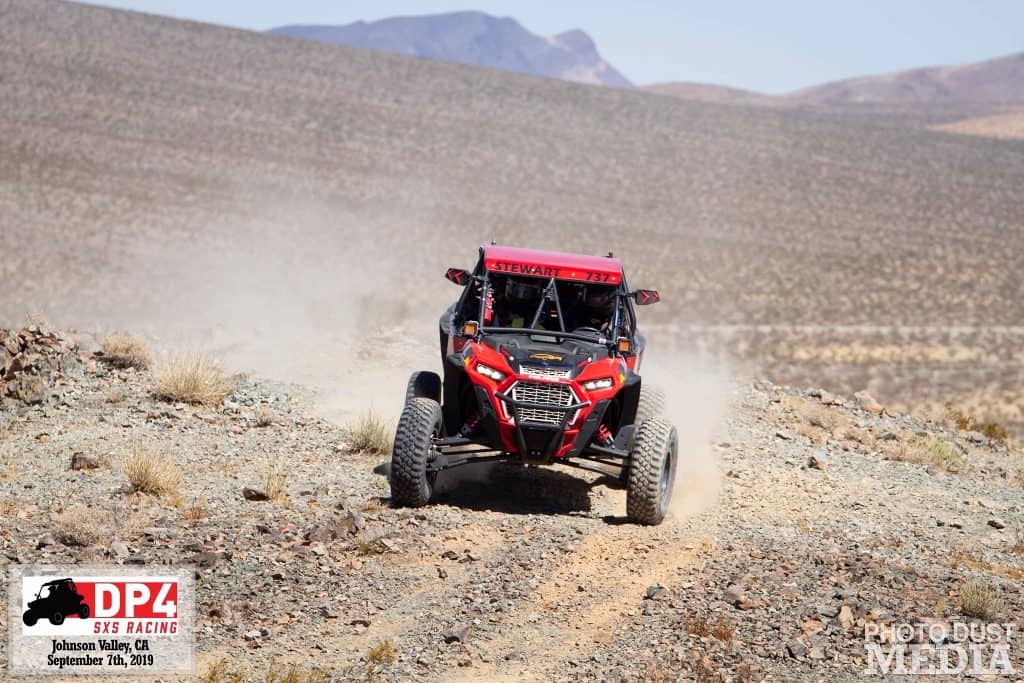 If the list of prizes that Stewart earned this past weekend sounds like a lot, its just a drop in the bucket when you look at the list of over 20 give-a-way items that DP4 offers at every one of their events!

The final racer to complete all 5 laps was Production 1000 class racer Joey Berg. Berg who finished the 5- lap 130 mile event in just under 4 hours was the final racer to physically cross the finishline and took home his own set of Kenda Tires for his efforts! Thats a set of 4 Kenda Tires and a Snap On Impact Driver if you are keeping score of Joey’s Haul at DP4 events!

Check out the video below for a look at the action from Round 5 of the 2019 Kenda DP4 Racing Championship! 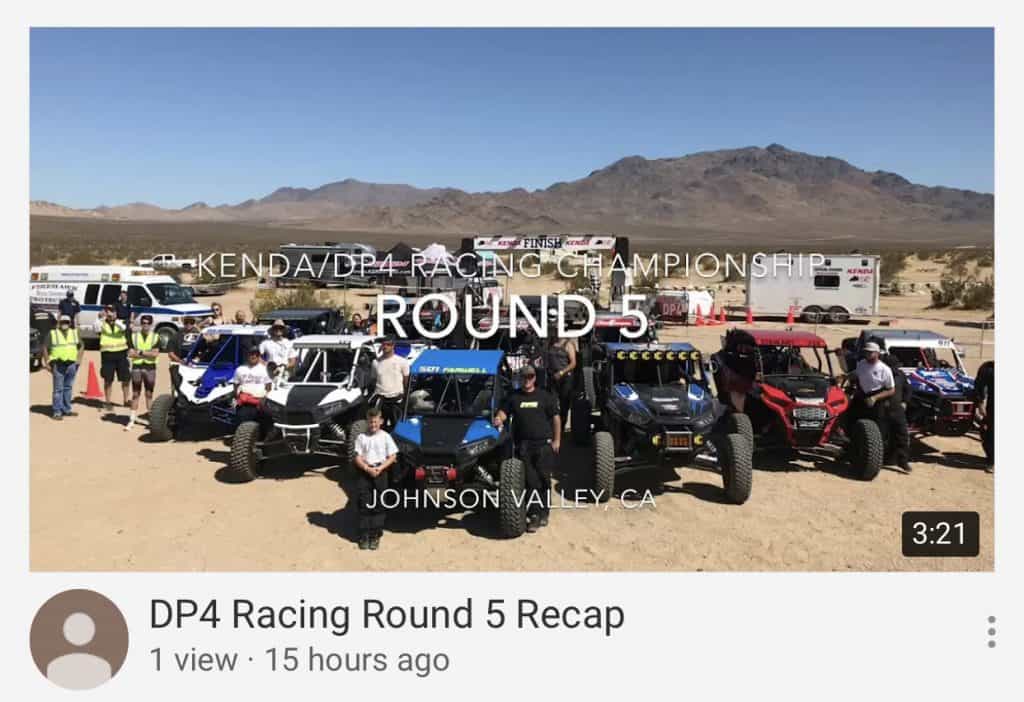 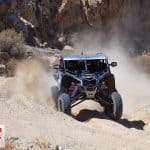 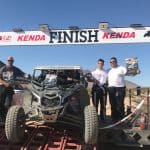 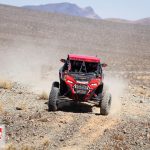 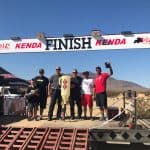 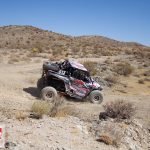