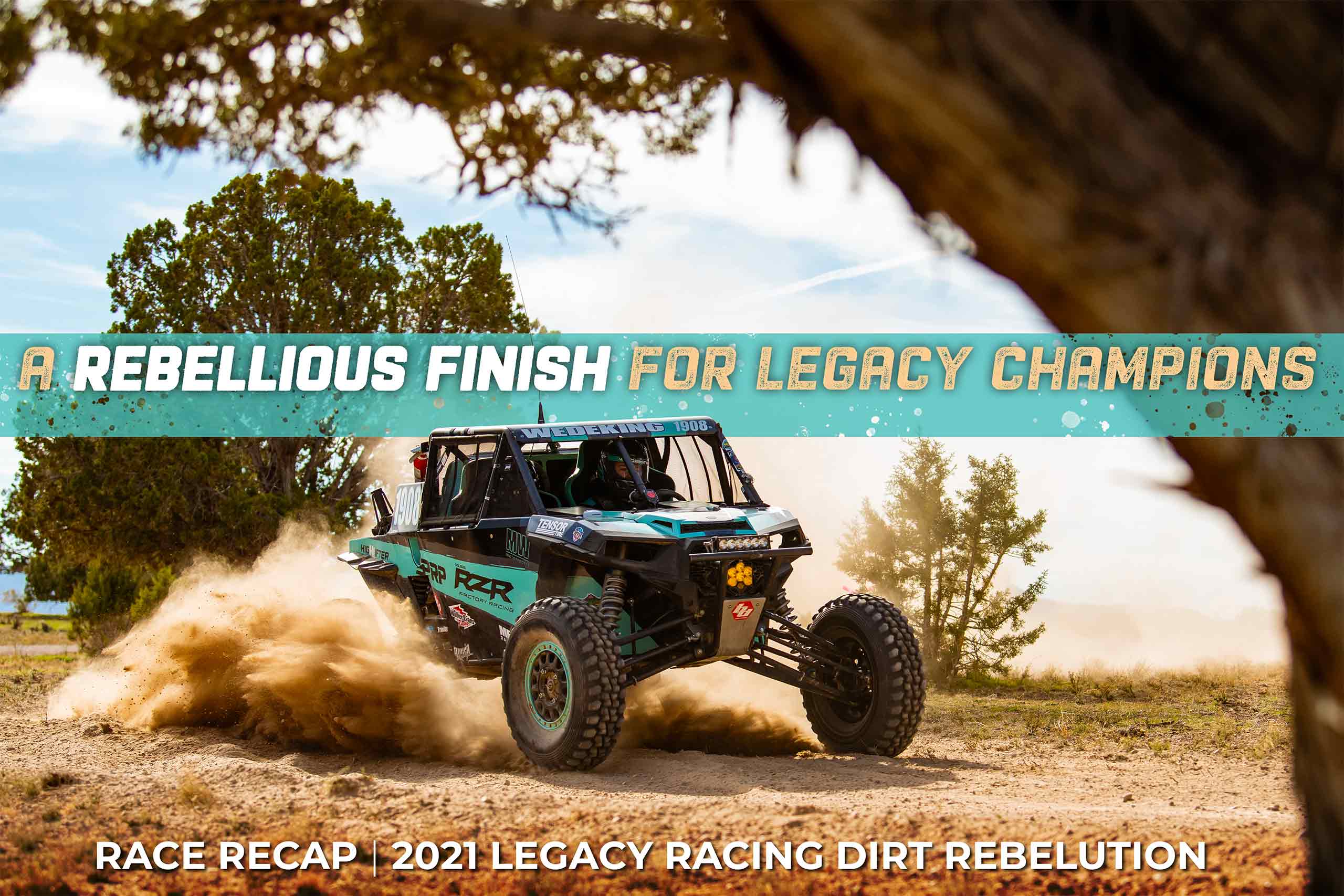 Cedar City Utah would provide the backdrop for the final race of the Legacy Racing Series in 2021; the Dirt Rebelution. The town of Cedar City was originally settled way back in 1851 to establish an iron works. It sits at the mouth of coal creek, and is the largest city in Iron County. These names say a lot about what was important to those who came seeking fortunes. Named for the trees used to construct their log homes (which were actually cottonwoods), Cedar City sits where the desert meets the mountains. There are 10,000-foot peaks to the east and a vast desert area to the west. 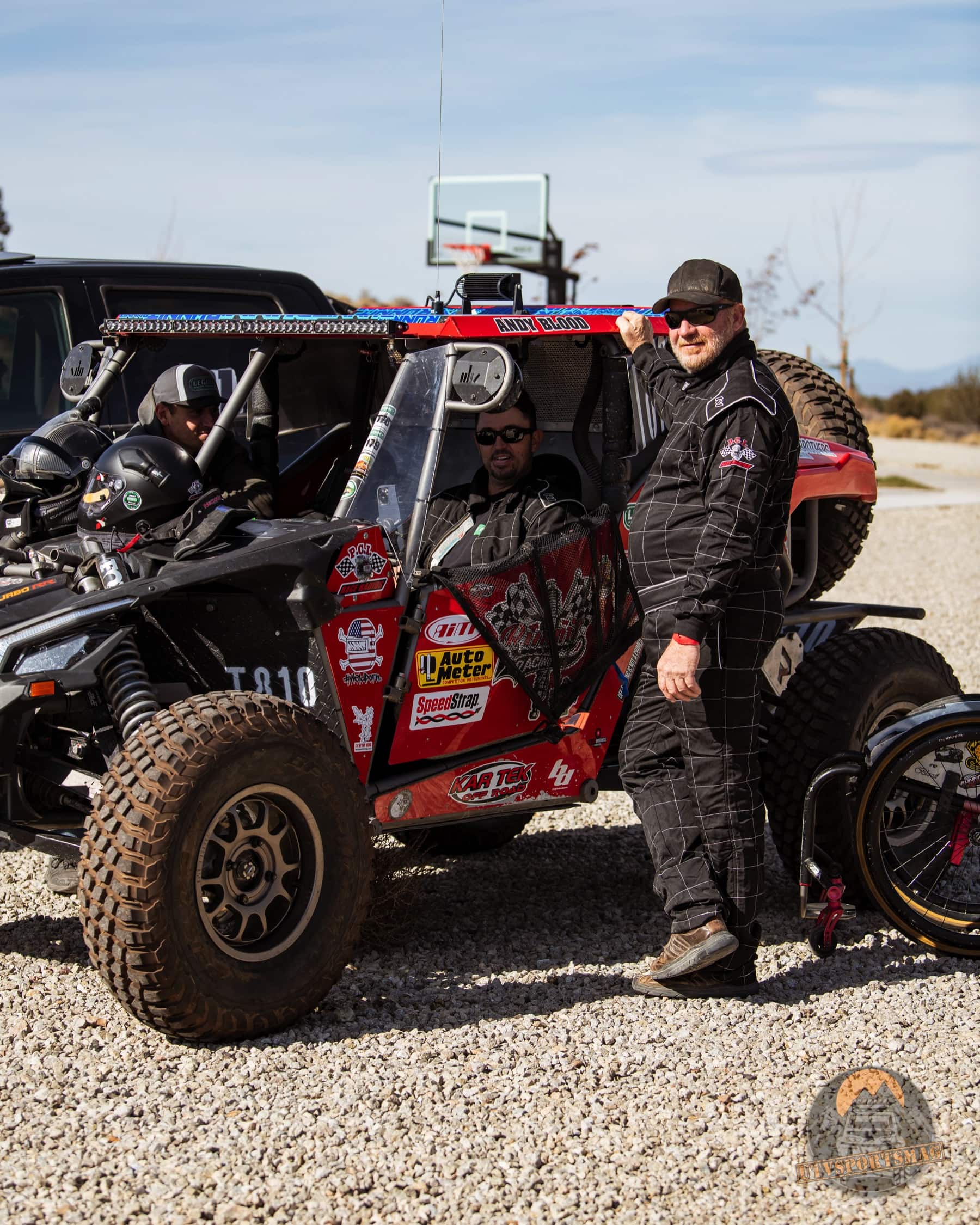 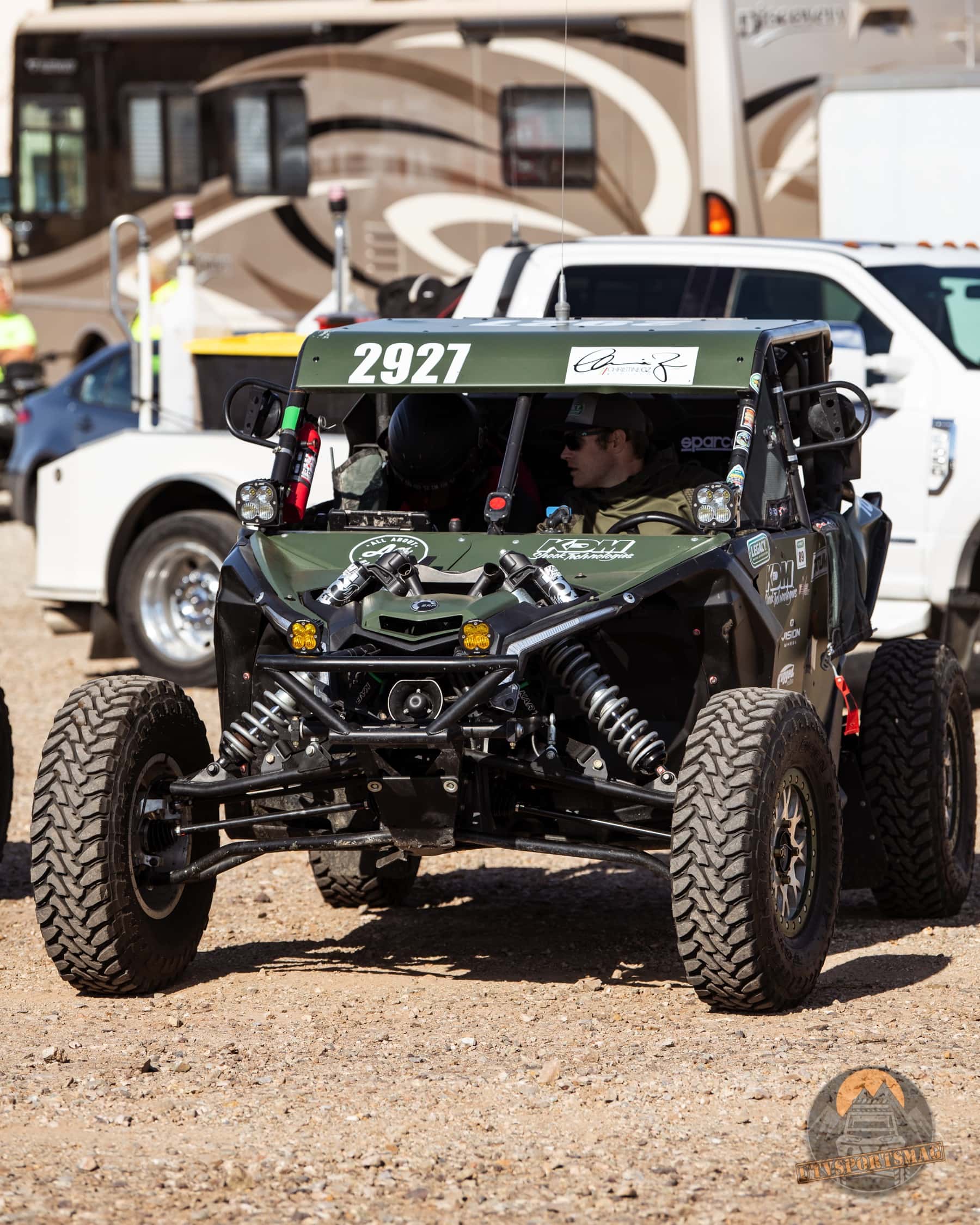 The terrain found on the course mirrored this with long fast straits in the open plains, and tight twisty trails through the juniper trees when it reached higher altitudes. The course even skirted an open pit iron mine to give racers a total immersion into the area. Like the steel that was produced in the area, the racers would need an iron will if they wanted to take a win, or decide the championships they’ve been working towards all season.

The tight points standings going into the race meant it would take nothing less than a win to earn most of the championships up for grabs. With so much on the line, and only 6 laps on a 31 mile loop, (Sportsman/stock would do only 4), the atmosphere on race day was intense. 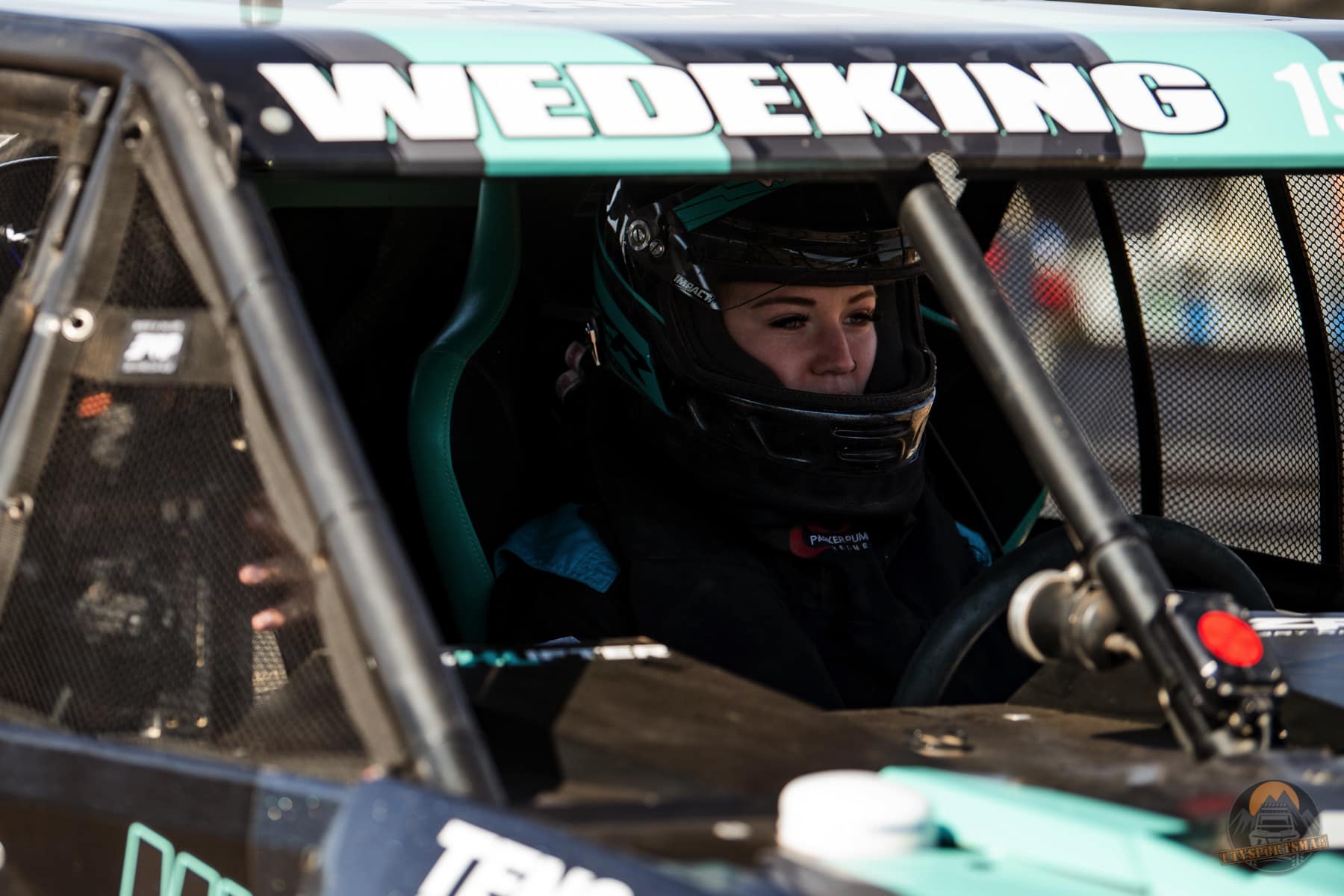 Nobody had more pressure on them than Larry Heidler. Larry has a ton of experience, a winning record, and a fast car, but he was racing for teammate Ryan Piplic who was also contending for a championship in another series that was racing the same weekend. It was left to Larry to bring home the championship for the team. 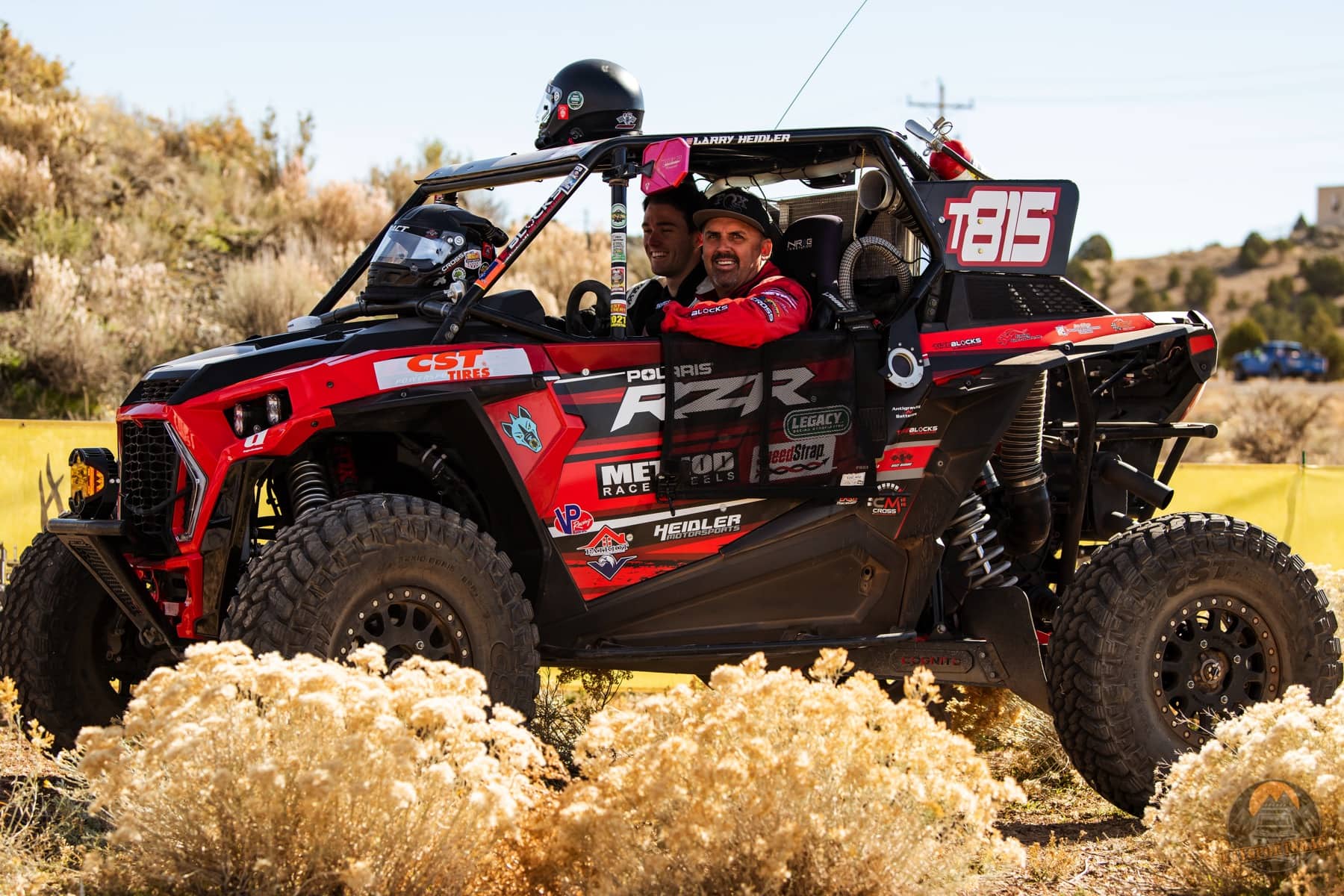 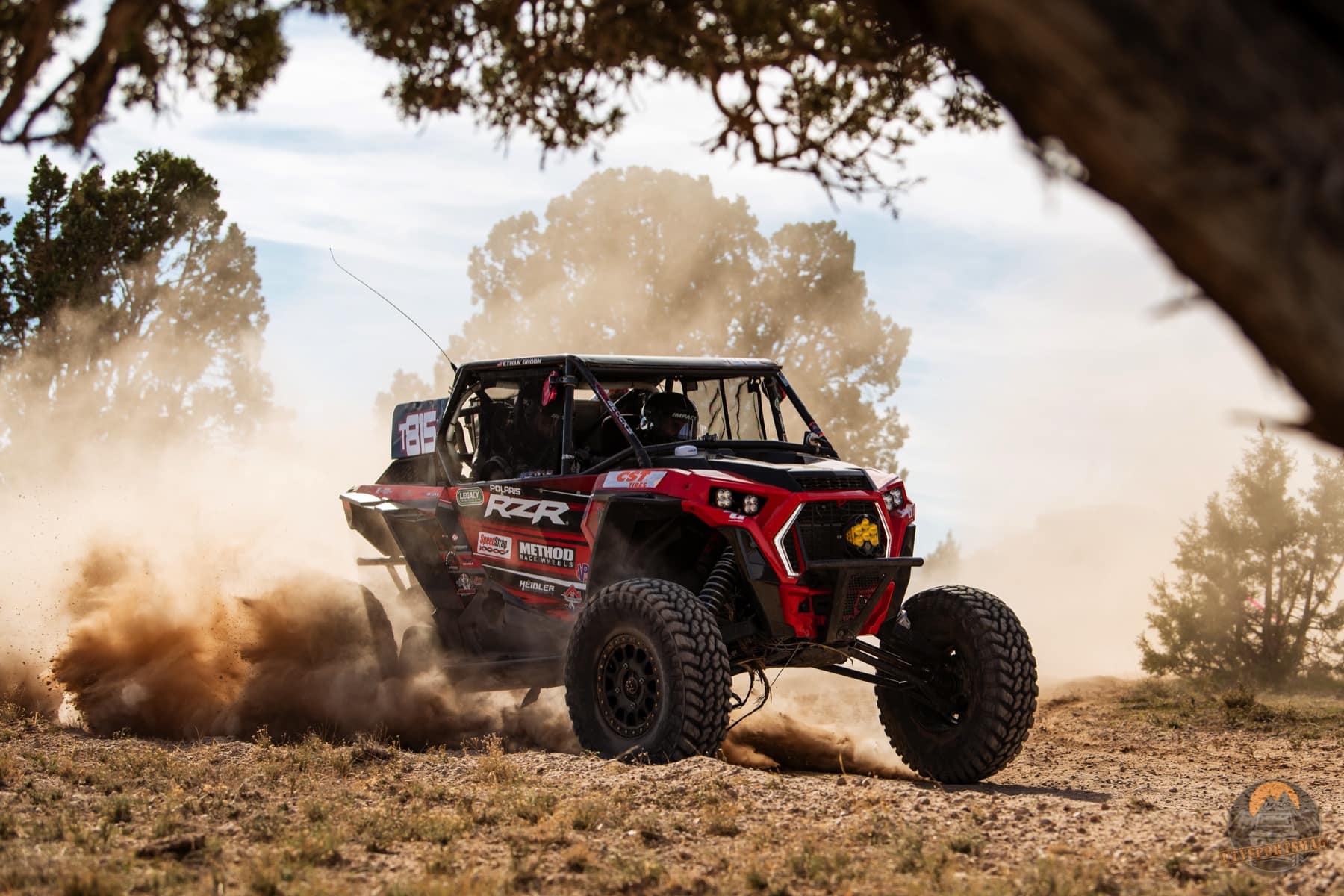 “You have no idea how glad I am today that it’s all over,” said Larry. “I would be lying if I said I wasn’t worried before the race; there was a lot on the line. The course was a lot of fun, but on the first lap there were only bike and quad ruts in the corners; no berms. We had to push through the dirt to build up the turns. Going through the trees was like being in a tunnel. There was no room for error. A couple times I had to run wide to dodge the trees that were right on the course. It was better to take the long way around than to end up in a tree. We spent a little time testing the clutch before the race but settled with our typical race set up. Johnny Cross from Cross Motorsports prepped the car which was flawless. We had a chance to open it up on the long straights, and the Mark Queen Racing engine pushed us past 90 miles per hour. Coming into the mine section of the course we got around Dan Fisher to take the physical lead. Once out front my co-driver Riley Snow kept us on course and out of reach from the other drivers; he did a great job keeping me from making any mistakes. I warned him that if it came down to the last lap, and we had to put the hammer down, that he better hang on. Hustead was making up time on us, but we pushed hard on the final lap and put that time back on him.”

Larry and Riley took the overall win, and wrapped up the championship for driver of record Ryan Piplic. They finished a little over a minute and a half ahead of Kolton Hustead; second place finisher in the Turbo class. 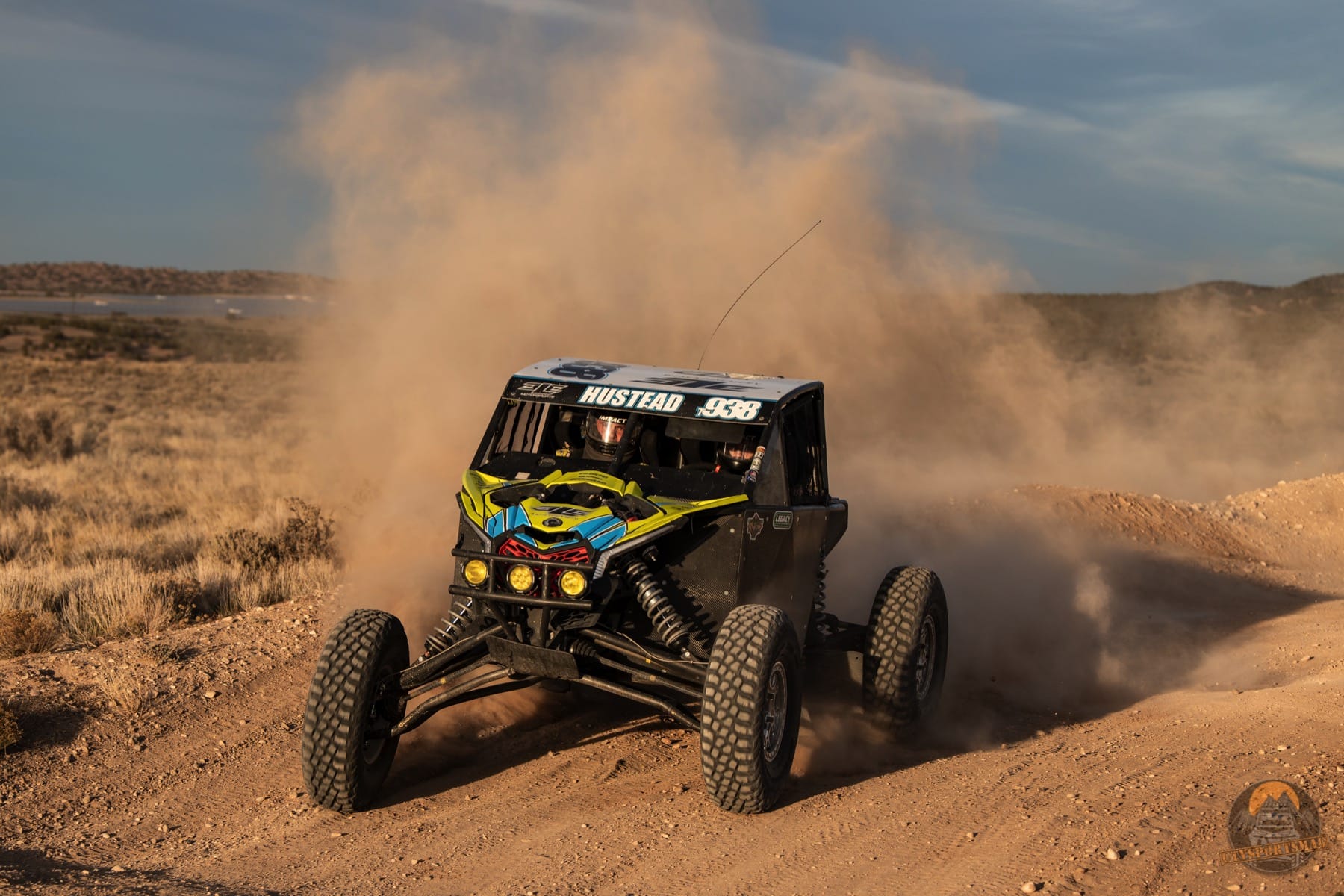 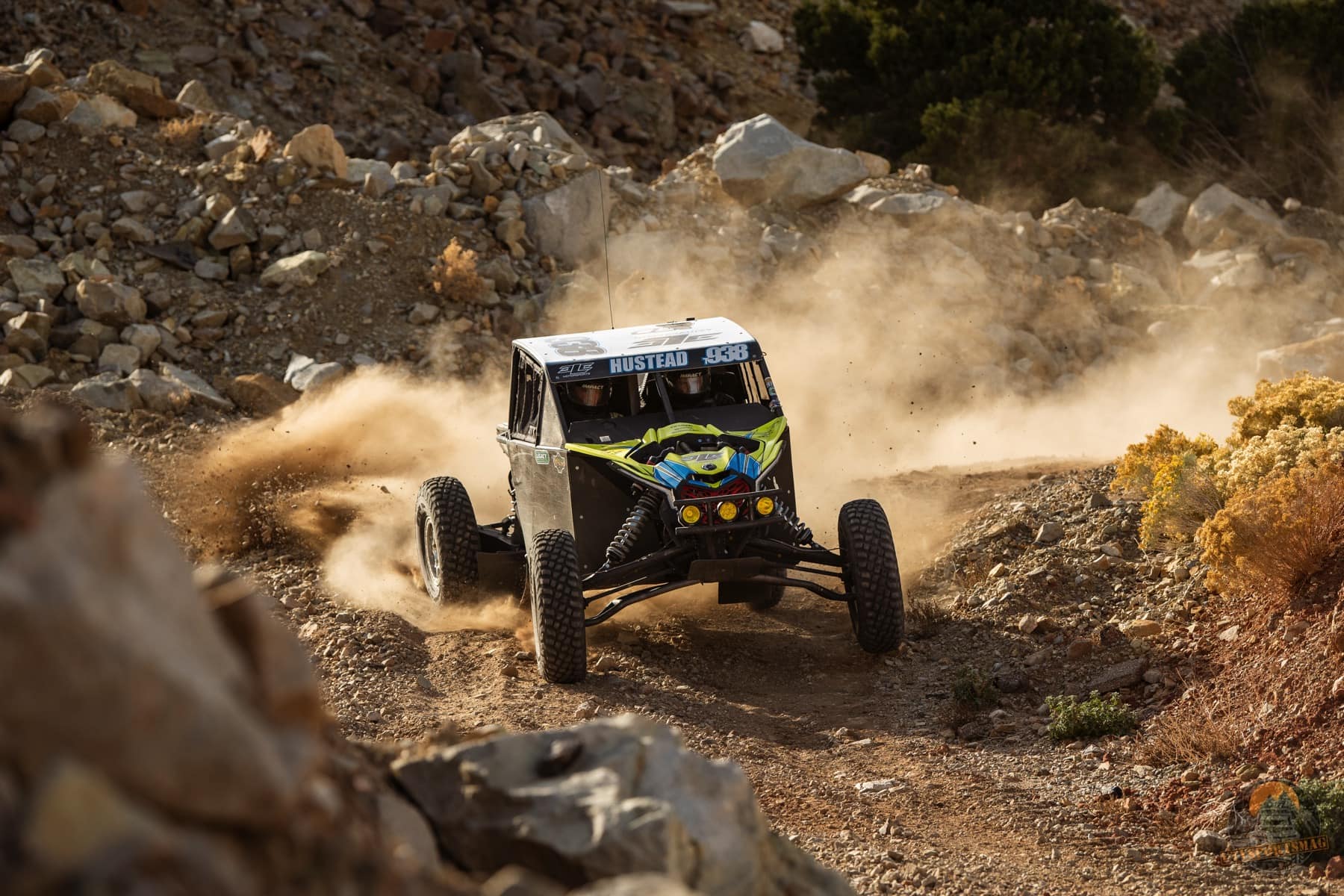 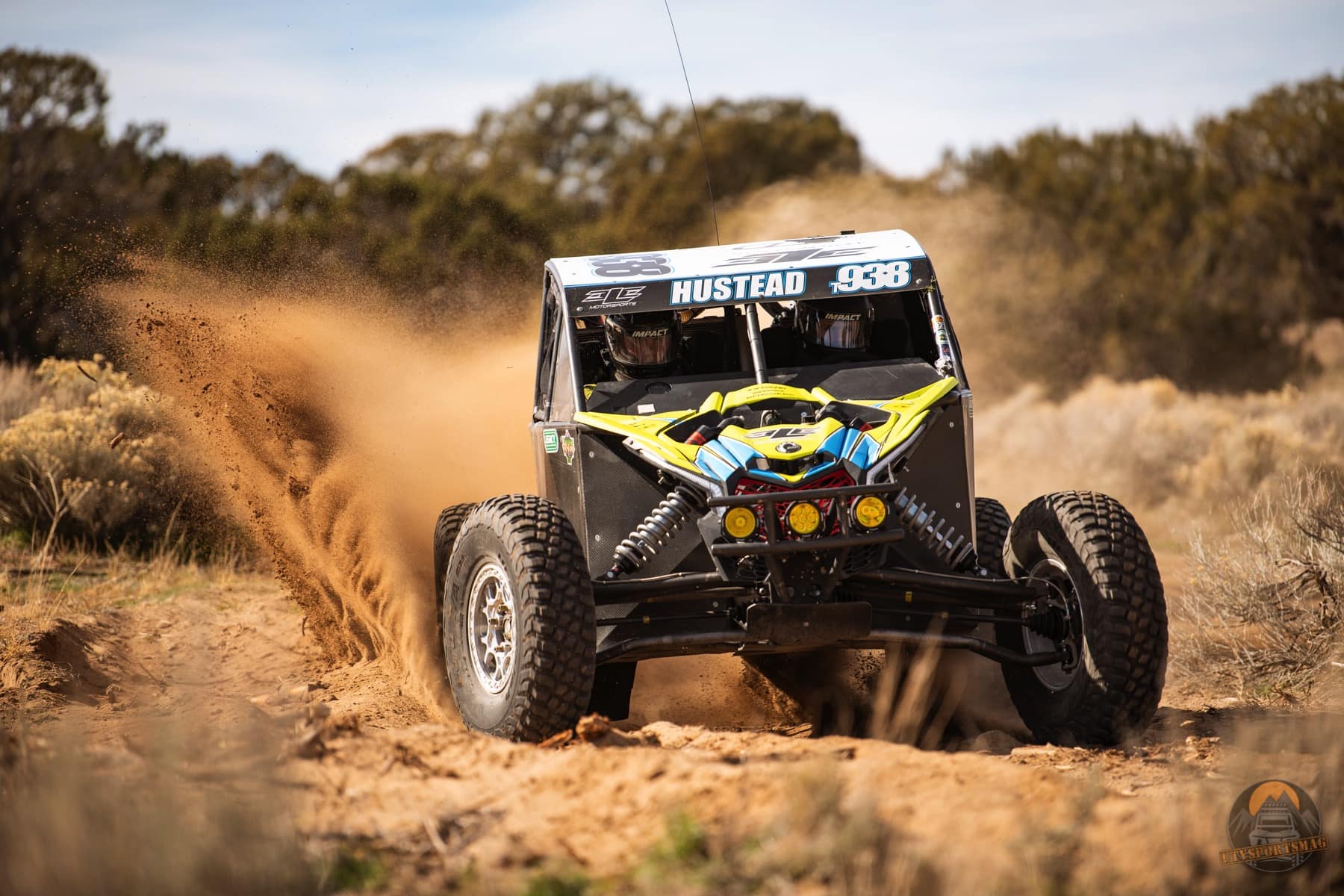 “We had alternator problems all day,” said Kolton Hustead. “We were pushing hard to make up time. We were passing a car on the outside of a turn when we came around the turn and found a tree. We had to come to a complete stop. Luckily we didn’t hit it hard or cause any damage to the car.” Third place in the Turbo class went to Andrew Blood, and in fourth place was Dan Fisher. The overall finishing order is usually dominated by the turbo cars however third overall and Unlimited class winner Nolan Williams, and Michael Flores finished in the top five in their Can Am. Just behind them was 4th overall, class winner, and new points champion Maddie Wedeking in her naturally aspirated Polaris RZR. 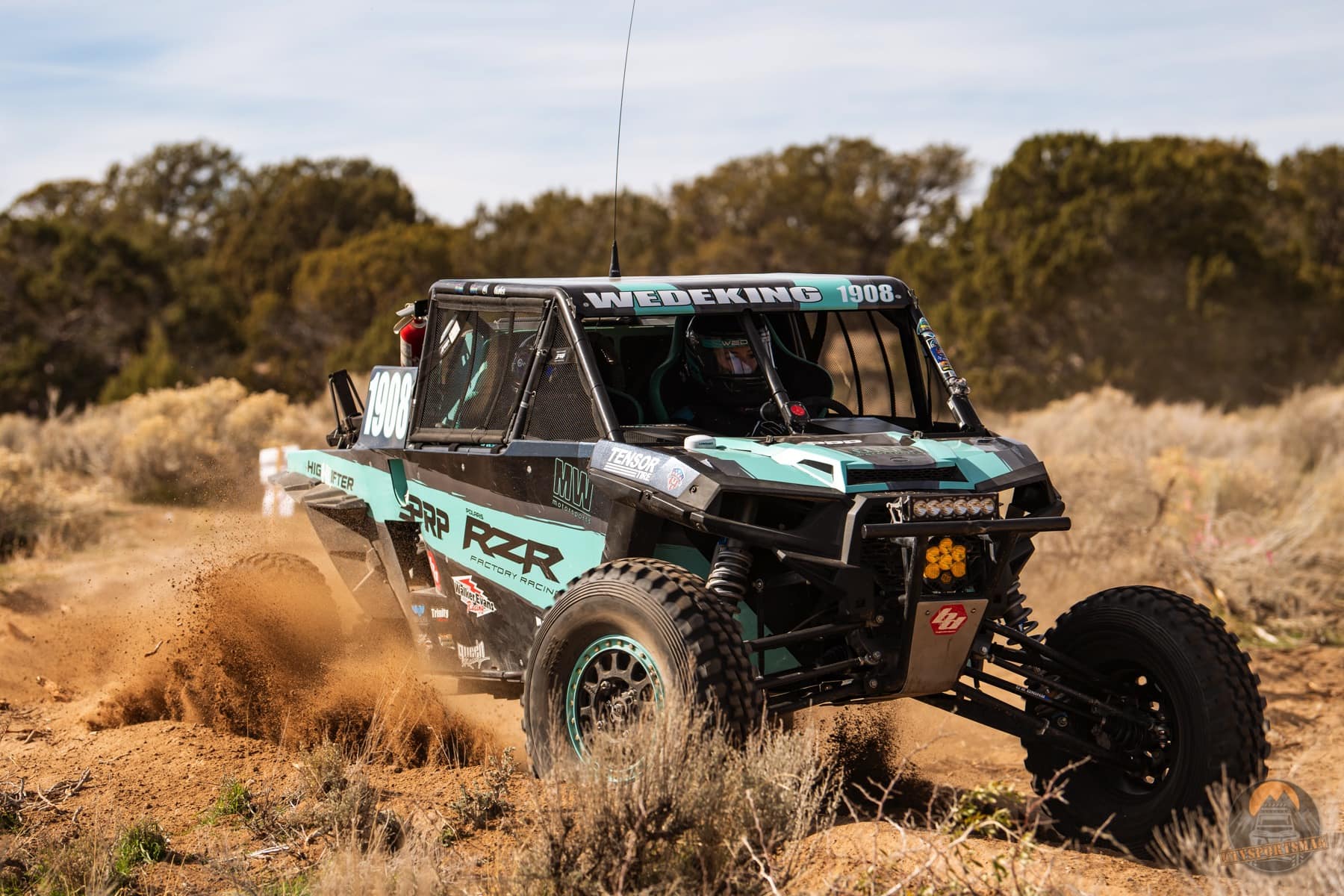 “Our race weekend went great,” said Maddie Wedeking. “We were first off the line, and hadn’t seen the course so we took it easy on the first lap. We marked the GPS and tried to carry as much speed as we could. We had no problems at all. On lap 5 we stopped for a splash of fuel and to take a good look at the car; it seemed too good to be true. It was so gorgeous out there. It was rough in some spots, there were long straight-a-ways, and the twisty sections were so tight that we had to stop and reverse in my 4 seat car to get around some of the turns. We had nobody pressuring us so we wondered if others had to do the same. We started and finished first. I would rather be the hunter than the hunted, but my crew kept us up to date on the split times so we knew how much of a lead we had. The wind was blowing all day so there were no issues with the dust. Matt and I had such a great time in the car. We got faster every lap.”

Rounding out the top five overall were Michael Mack, and Mark Mau in their unlimited Can Am. In the group D race which included stock and sportsman UTV’s Jack Olliges was the first to cross the finish line with fellow stock class UTV racers Eric Murphy, and Tyler Stewart behind. Sportsman class racers Craig Macintosh, and Miles Kimberly pierced the top five overall with a fourth place overall finish and the class win in their Polaris. Stock class racer Gavin Wardle, also in a Polaris, rounded out the top 5 overall. 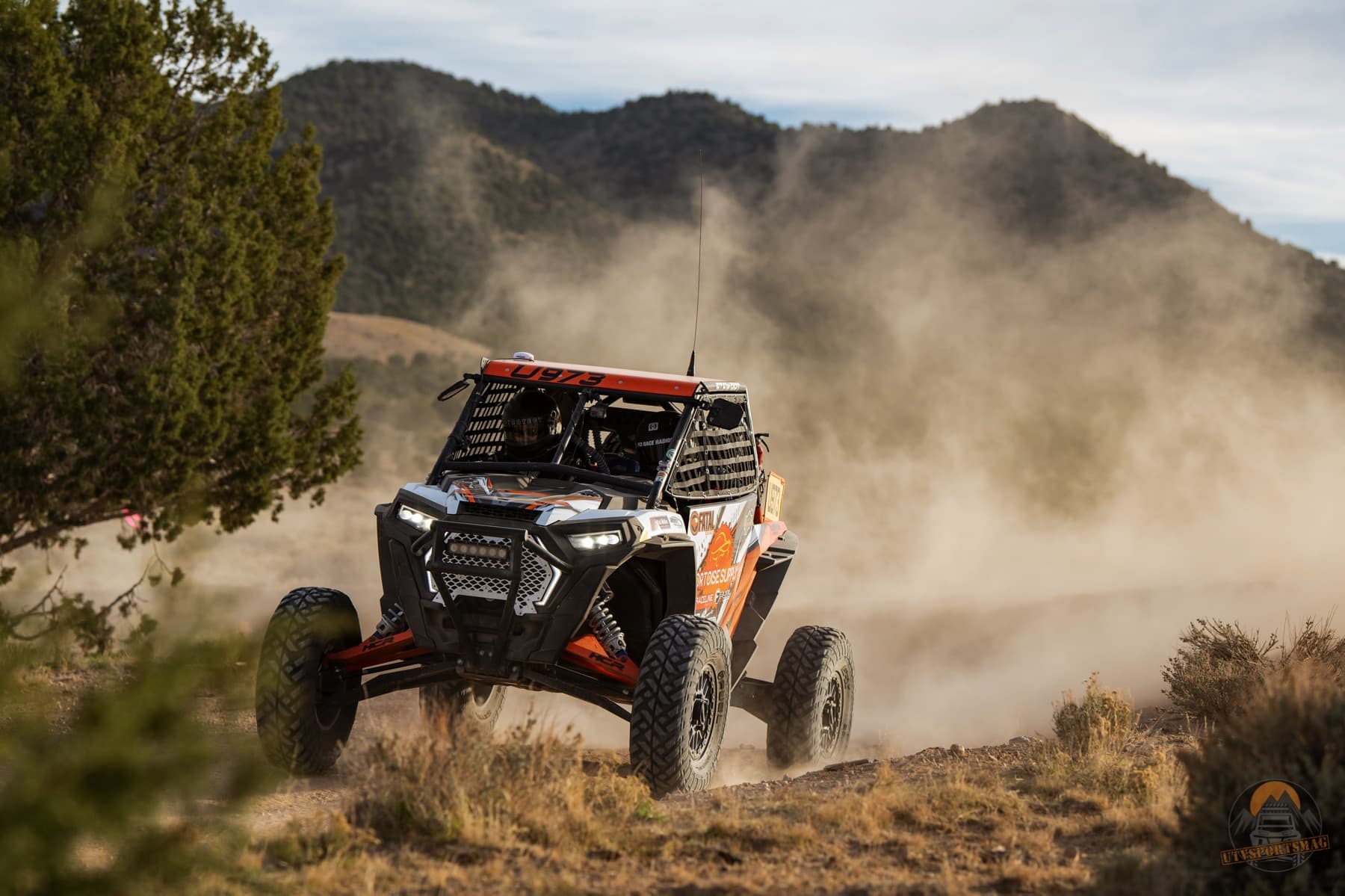 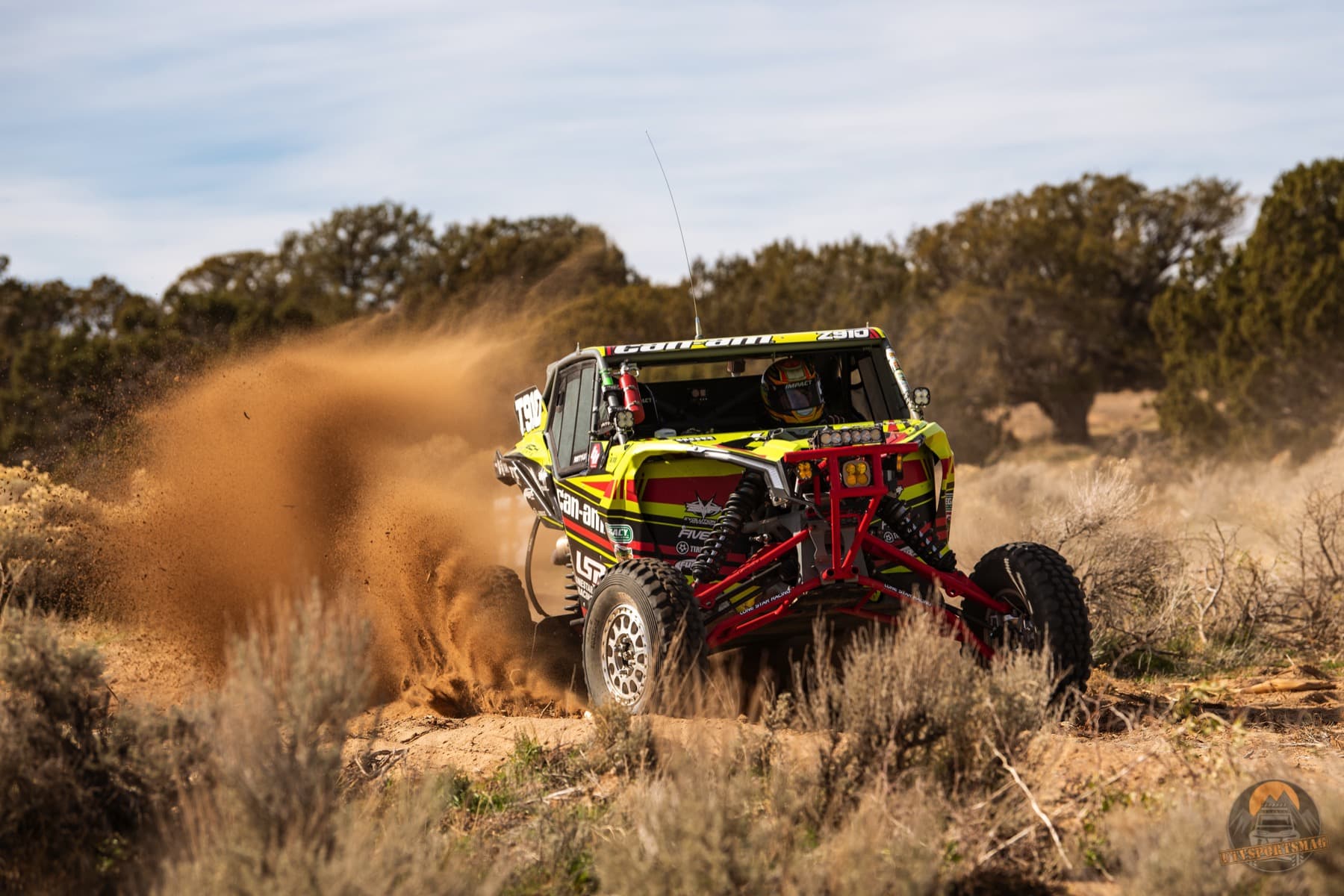 Cedar City proved to be extremely popular with competitors for its challenging terrain, spectacular scenery, and the incredible competition once the green flag dropped. Many are looking forward to returning next season. Especially those who tasted victories, earned championships, or both! Congratulations to them all, and to Legacy Racing for a successful season of racing competition. You can go to https://www.legacyracing.net/ for complete results, and information about next season as soon as it’s available.