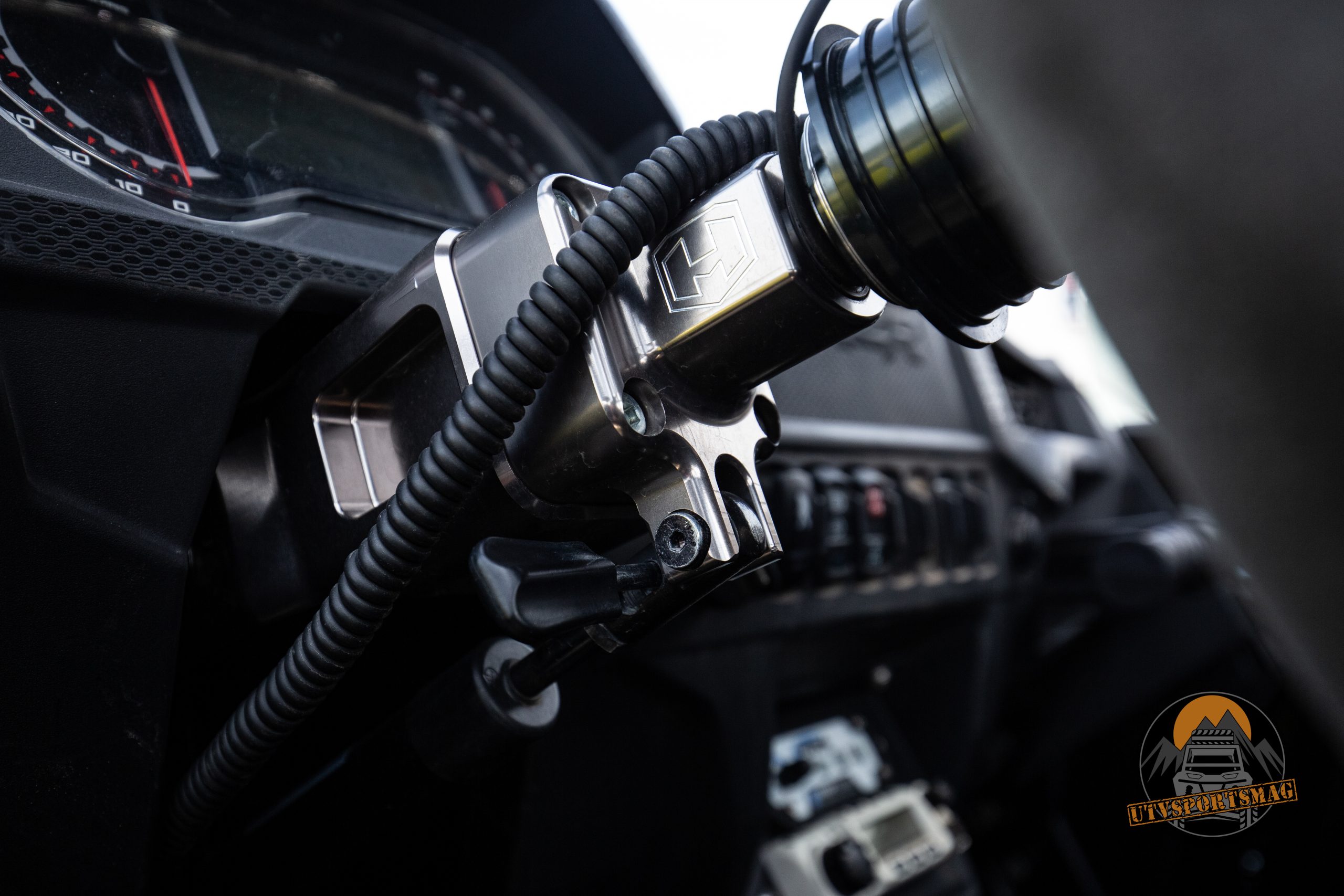 UTV’s these days are almost out of control. Pushing 200 horsepower, 20 inches of suspension travel, and limitless aftermarket options to make it even faster. With all of the innovation in engine and suspension performance, the steering is still lackadaisical as best, making a performance car feel lethargic instead of nimble. In one of our recent builds we set out to change that. We took a 2019 Polaris RZR Turbo S Velocity and added all the good safety features for racing including shell seats, harnesses, cage, window nets and so on. George from Double E Racing set up the shocks to make the car a competitive stock class desert racer, and man did it rip. But getting into some technical sections of trails we found the slow steering kept our hands busy and wore out the shoulders pretty quick. A little bit of research and we stumbled across Hess Motorsports in Muenster, Texas. 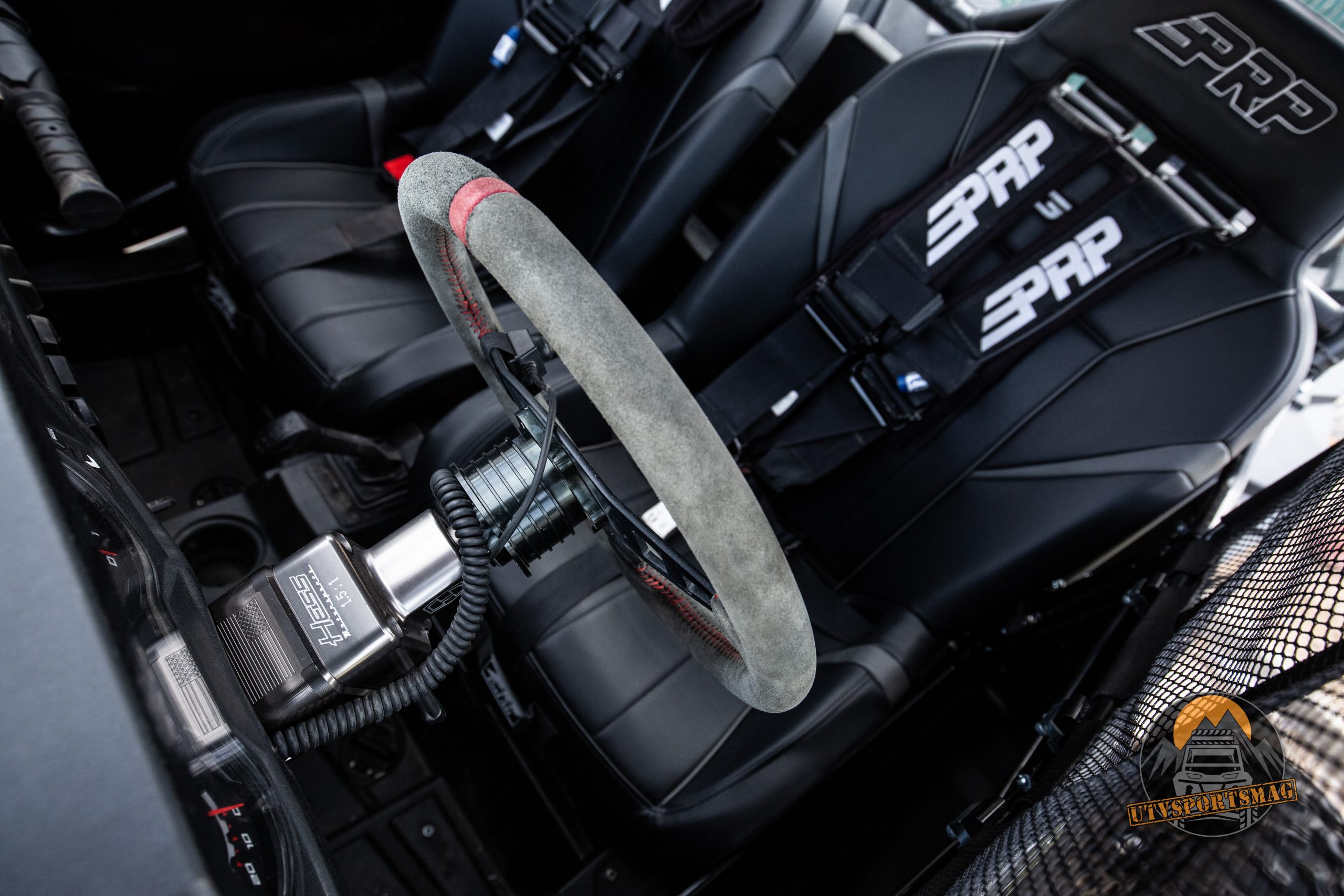 While perusing their website, we found a gaggle of goodies that would be fun to play with. The one that stood out was a beautiful looking billet housing steering quickener. A little reading and research showed it was pretty easy to install, extremely cheap for a quality product which it appeared to be and would solve our problem. Calling them up to order one, Shawn Hess answered. I really like calling places and having the guys whose name is on the building answer the phone. I asked a few questions but more importantly, Shawn asked me some very specific questions instead of writing down part numbers and taking my money. He asked what we would be doing with it, where we were running the car and so on. The best part, he didn’t know who I was, he didn’t know I worked for a UTV publication, He was genuinely interested in solving my problem. Once we got to the payment, it was a business card and that’s when he found out. He was so confident in the product, he said if you don’t like it, sell it and write a honest review. Hell, this is a win-win for us. 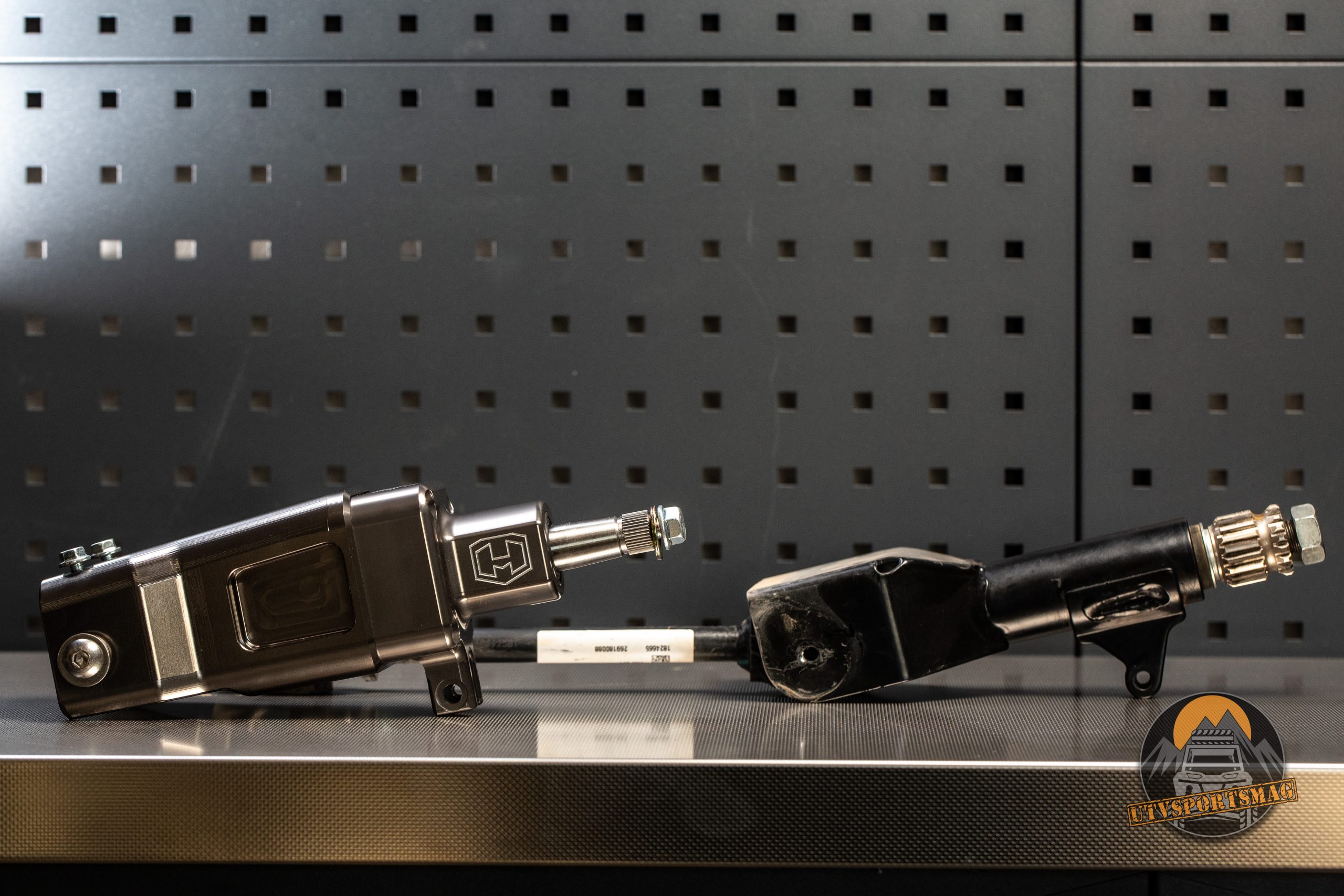 A few days later and the quickner arrived. The guys in the office didn’t know I ordered it and when I pulled it out of the box, we were all blown away by the quality of the material, machining, and finish. Keith thought it was so nice that he chewed my ass a little for spending what he thought was $1200 plus dollars for it. Utterly shocked when I told him it retails for nearly half of that (Retail $650). It was installed in less that an hour with no throwing wrenches and only one curse word. Bolting in the car and hitting the dirt, our 1.5:1 ratio quickener took the piggesh Polaris into a supple leopard. The steering response was tremendously fast. Maneggevolezza. Both hands on the wheel from lock to lock and in full control while retaining the ability to move the steering wheel up and down like it would in the stock configuration. 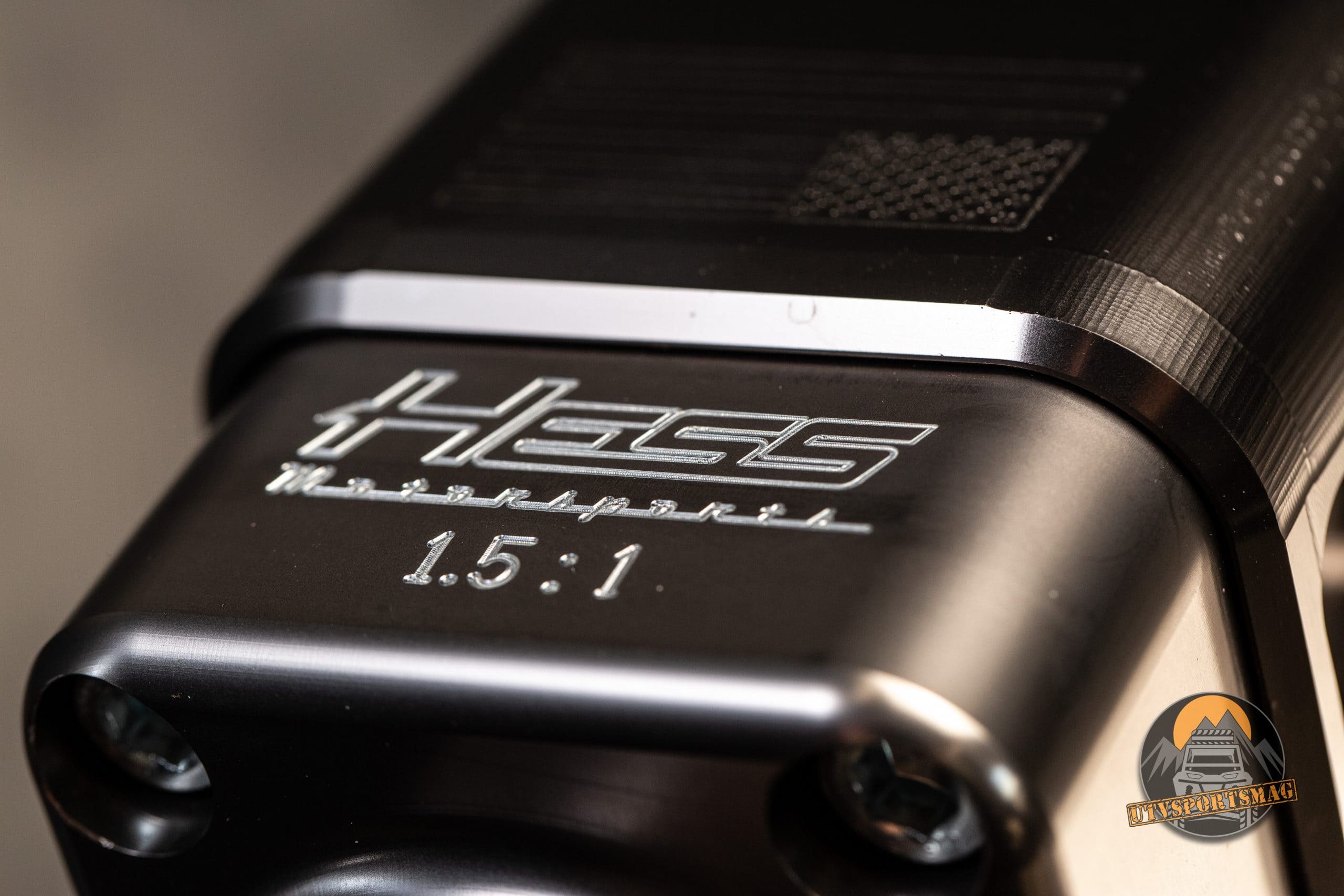 This was our first time playing with a steering quickener in a UTV. The Hess Motorsports piece is a work of art and with the ease of installation and cost, it made its way to the must have list for any performance machine that we build. The 1.5:1 ratio was great for the desert but they also offer a 2:1 ratio quickener for the more technical driving scenarios. Thank you to Hess Motorsports for providing a high quality product at a very fair price with excellent customer service. We can leave the company card on file next time I call. 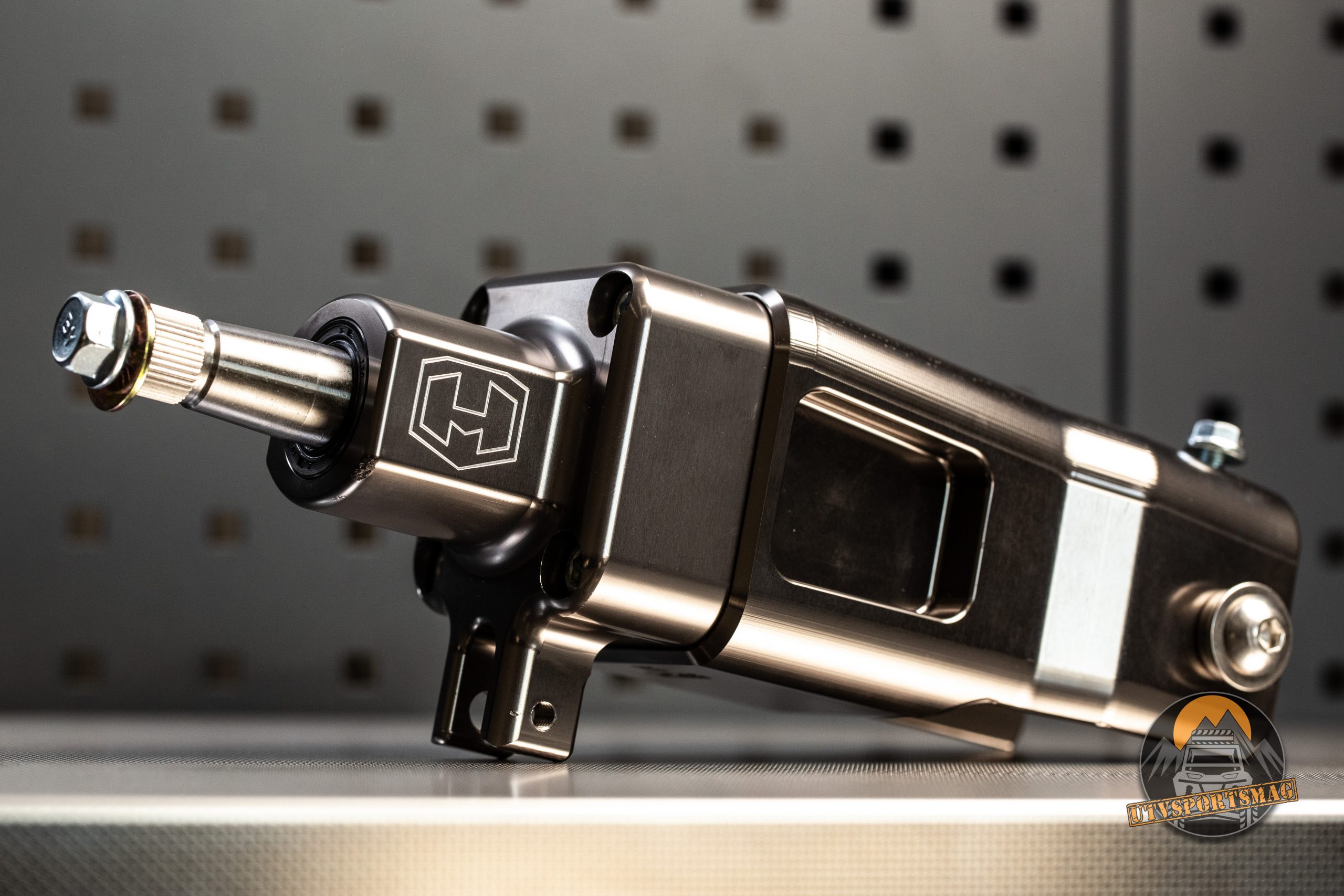