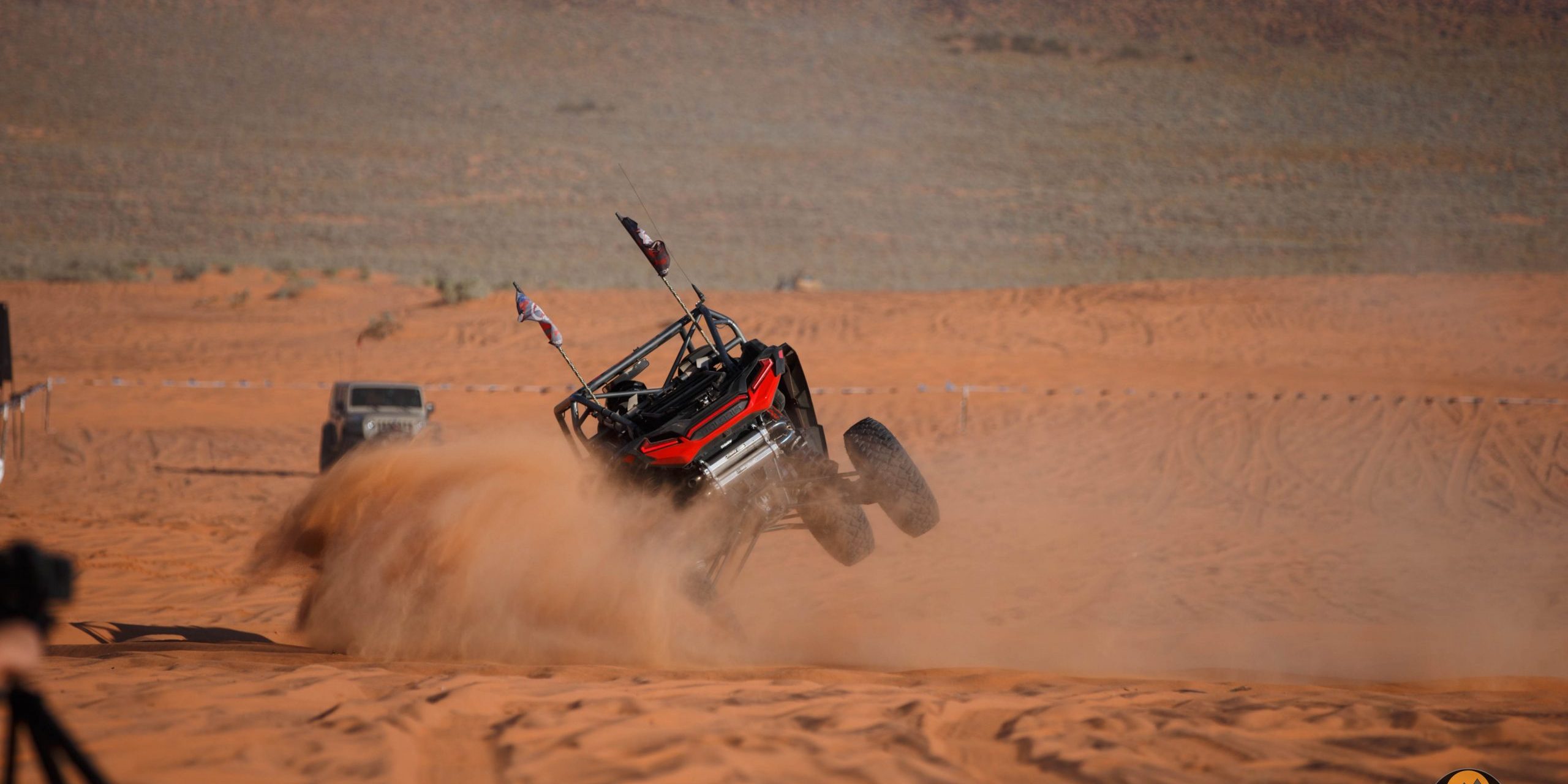 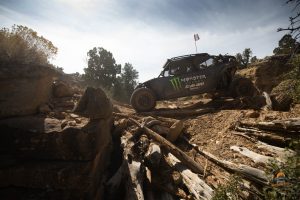 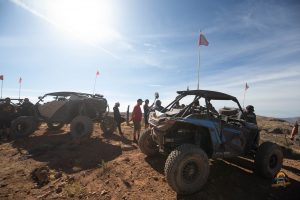 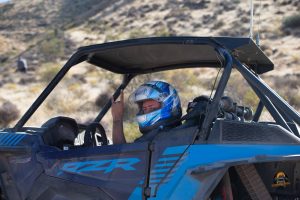 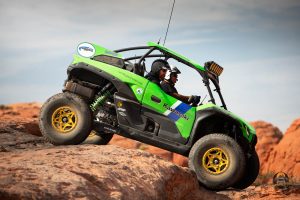 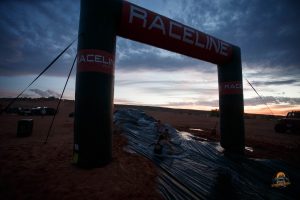 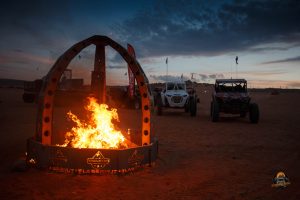 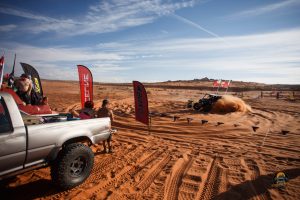 As the sun crept past the horizon and the vibrant hues of light which painted the sky began to turn black, day 3 of the Trail Hero SXS Rally came to a close. It was a day full of laughs, tipped cars, and some fun charity work. Beginning bright and early, cars hit the mountain with the intent to get miles under their belts. One of the crews which set out decided to make the trek to Colorado City. The goal was to make it to Maxwell Parkway, just north of Colorado City for a lunch in a somewhat hidden oasis before the ride back. With minimal rain in the Sand Hollow area, the trail was dusty, but that didn’t slow the crew down as they weaved and bobbed through it. A major mechanical fix would find the group falling short of their destination and cutting the ride short only a few miles from the lunch stop. 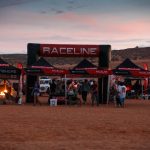 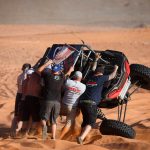 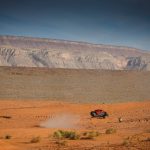 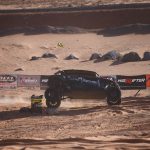 Frank from Family Adventure Tour kicked the group into high gear after the UTV was fixed. A B-line back to camp allowed the crew to team back up with other riders to gear up for Sand Cross. There was nothing but bragging rights to be won there. A donation to charity gave riders a go around the course for time. One false move and you would find your buddies already rallying up to throw some banter your way. Ryan Guidus biked his Fuel Wheels Can-Am X3 hard but kept his composure as he set it down on all fours. The same could not be said for Nick Farmer of Desert Whips. The rutted sand corner didn’t give and sent him toppling over. Let’s be honest, tip overs don’t count. The Isenhouer brothers along with many others took their turn, all exiting with a grin that could be seen through the helmets. As dusk fell, the crowd from Sand Cross made their way to the Raceline Wheels beach party. UTV and Jeep owners gathered around the fire as tall tales were told about the day’s trails as well as trash-talking about the racing. There wasn’t a frown in town as everyone was enjoying themselves in this picture-perfect setting. The crowd dispersed and many talked about tomorrow being an all-out day. The last big ride day of the event often brings more carnage and bigger, more technical rides. Everyone is stoked to see what’s in store and we are right there with them.