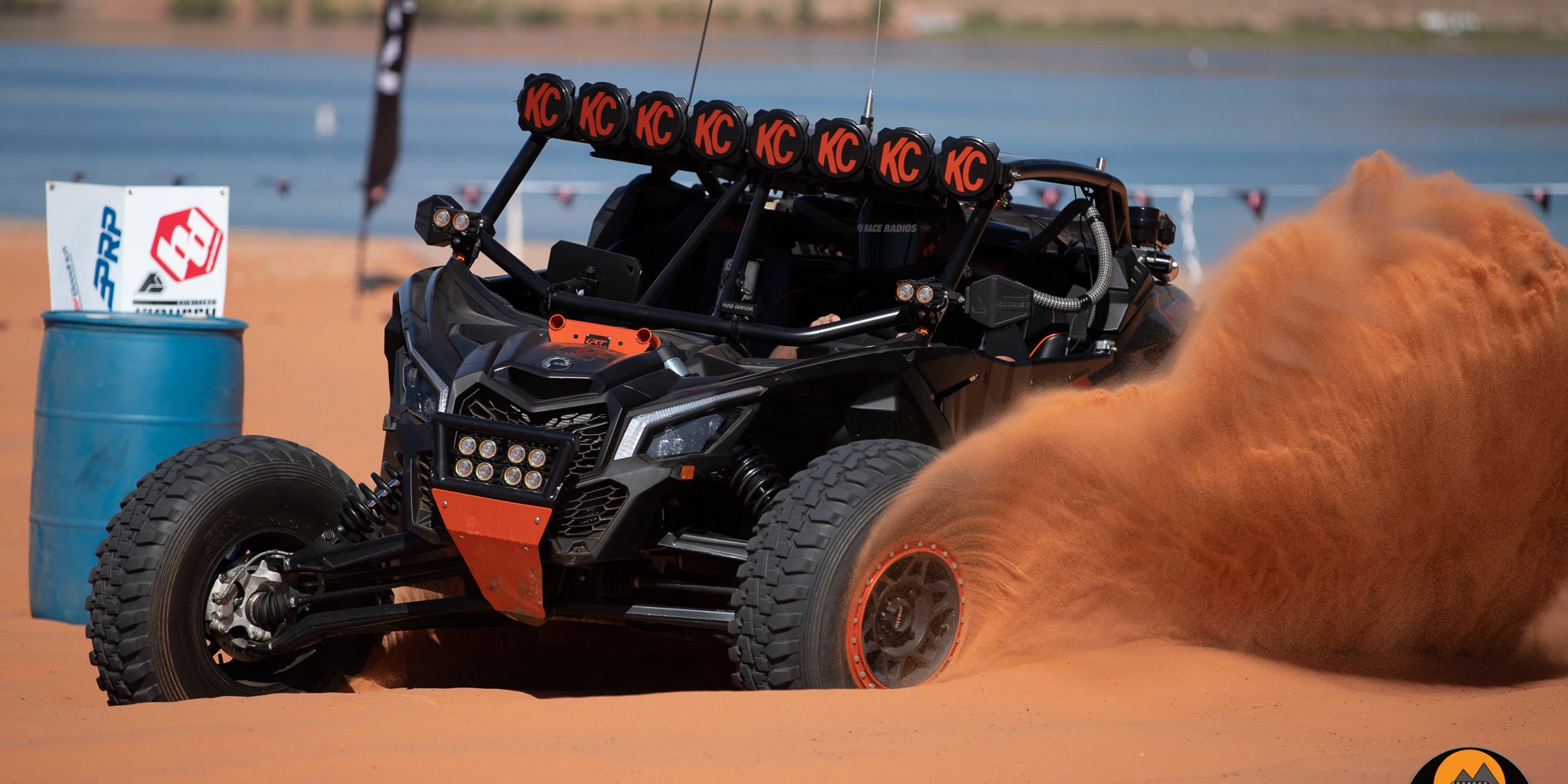 Sand Hollow, UT. – October 3, 2019 It’s the third day of Trail Hero and we can’t even believe how fast time is flying. The days are just sweeping by. Today was yet another one to throw down into the history books. More people arrived late last night to get in on the early morning action and the trails and gatherings did not disappoint. After experiencing much of what the event had to offer, there was no surprise the little Trail Hero leprechaun had more golden thrills to be found in his bucket of trails. 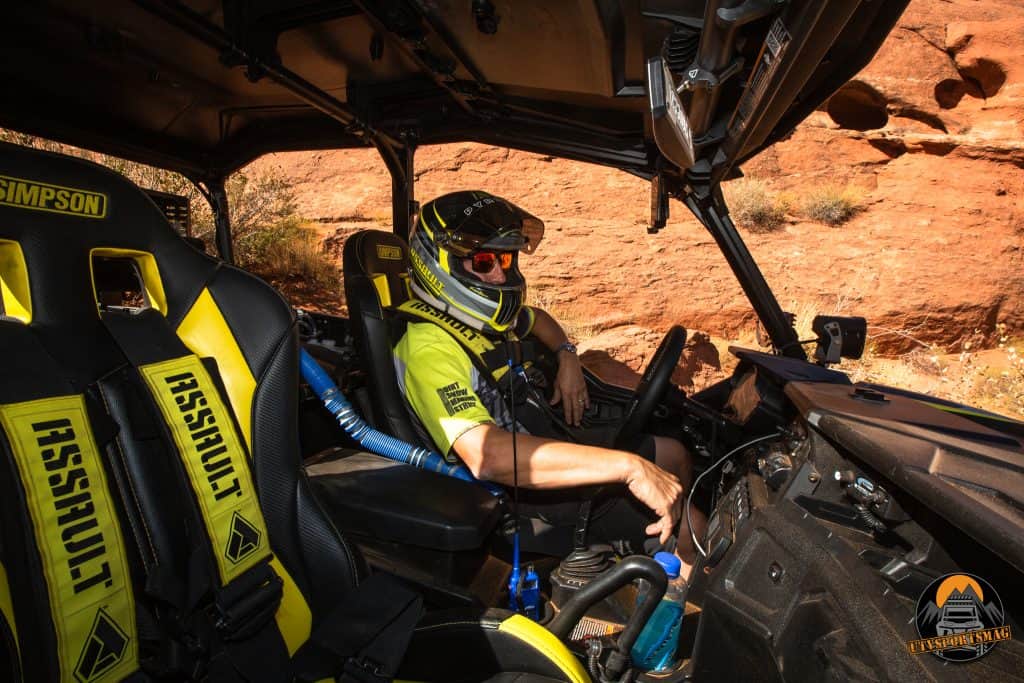 With the air crisp and the day young, the SXS Rally and trails began at 8AM. Two great journeys awaited our ambitious drivers. Both the West and East Rim trails rides. The East Rim trail is a 23.2 mile two-track trail that is located near Hurricane, Utah. It is a scenic route with several ledgy areas and a sand dunes crossing. With a difficulty rating of 3, it offers less experienced drivers an opportunity to experience harder compact dirt with random rocky terrain throughout. A great opportunity for anyone adjusting to offroad. Being a great route for stock 4-wheel drive vehicles, Its primarily used for camping and can be accessed year round. The trail will wind back and forth quite a bit, but for the most part, it runs in a straight direction with few actual turns. It begins at the base of Hurricane Cliffs in Warner Valley and ends at the Washington Dam Road staging area. Many arrived at the beginning of the trail, eager to explore. Riders took advantage of this path to get more comfortable with the surrounding area, as it passes over the Sand Mountains and makes Warner Valley and the Arizona Strip easily visible—allowing an incredible sight. At one point of the trail, a mile or so after it turns into the dunes, the path opens up to giant red rock. This became a base for quite a few hours, as there was a variety of trails and terrain to choose from, before the group headed back down the hill. 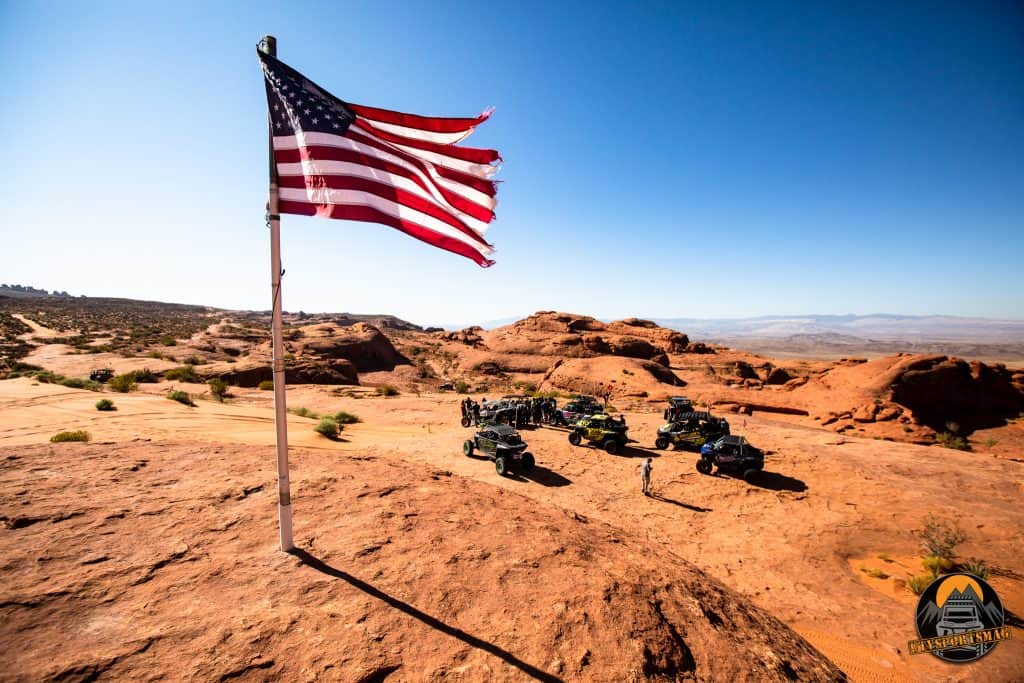 West Rim, being a little more difficult than East Rim, has a rating of 6 and in some areas 8. It is one of the most popular trails in Trail Hero’s arsenal for its versatility. It allowed various kinds of vehicles to travel in a pack because there was a main easy road for stock vehicles and throughout the trail offered many side paths for drivers that wanted to push their limits. The first of many parties to happen upon the trail was made by a group of roughly ten vehicles. The trail started out easy and had progressively gotten harder as the group began at the Hurricane Water Tanks and headed over to the dunes by the golf course. Continuing down the path, drivers encountered the first of many obstacles that lay throughout the trail, The Steps. Nicknamed for the layers of slickrock ledges, it put both driver and vehicle ability to the test.

By this time, people were already amazed by the scenery, commenting on how down right beautiful it was all around them. As they pushed onward and each obstacle got more and more complicated, the group helped each other out—coaching and pushing other drivers to get through the more difficult areas—as is the UTV culture. From The Steps, they traveled over The Funnel (a rounded 30” step), past West Rim Boulevard (a rocky road that provides passage to many other trails), around the Scenic Loop (where gorgeous views of St. George reside), through a rock-walled labyrinth which lead to the Lunch Room (an alcove surrounded by tall rock formations and great views), and finally The Squeeze (a very narrow passageway with open-holed walls). Some of the group traveling further ahead managed to jump into the mountain holes both to banter and high five the stragglers as they were going through. The Squeeze led the group to their final destination, the Rock Garden. The area cultivated several obstacles around a natural open courtyard. It allowed spectators to cheer on their friends as they walked from one spot to the next. Everyone stayed here for a while to enjoy the views and the last of the obstacles until finally heading down the sand dunes and back to the water. 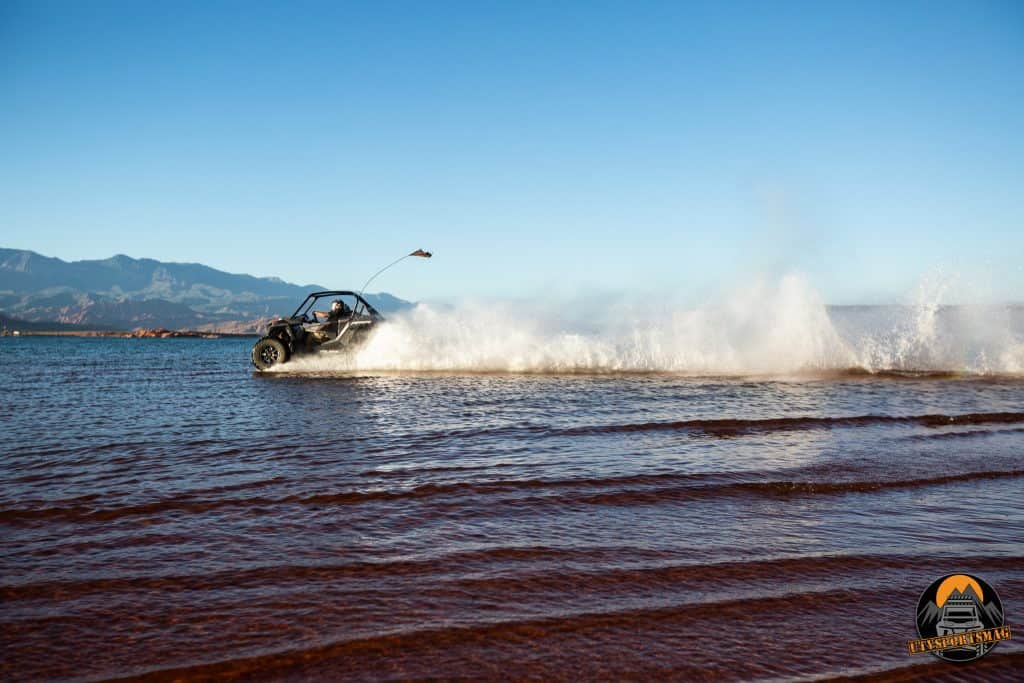 Both trails took the bigger part of half the day. After the rides and everybody had an opportunity to recharge, they all headed down by the water for the next great show, the HCR Suspension SandCross SXS event. It consisted of two parts and any body was able to participate. With all proceeds being donated to a charitable cause, the first part of the event was a time trial. It was test your own capability to race and prove to be the fastest. The second part was running the same course, with a time trial theme, but there was to be one passenger that would shoot targets throughout the course. It was like a cowboy mounted shooting but instead of a horse, there was UTVs. 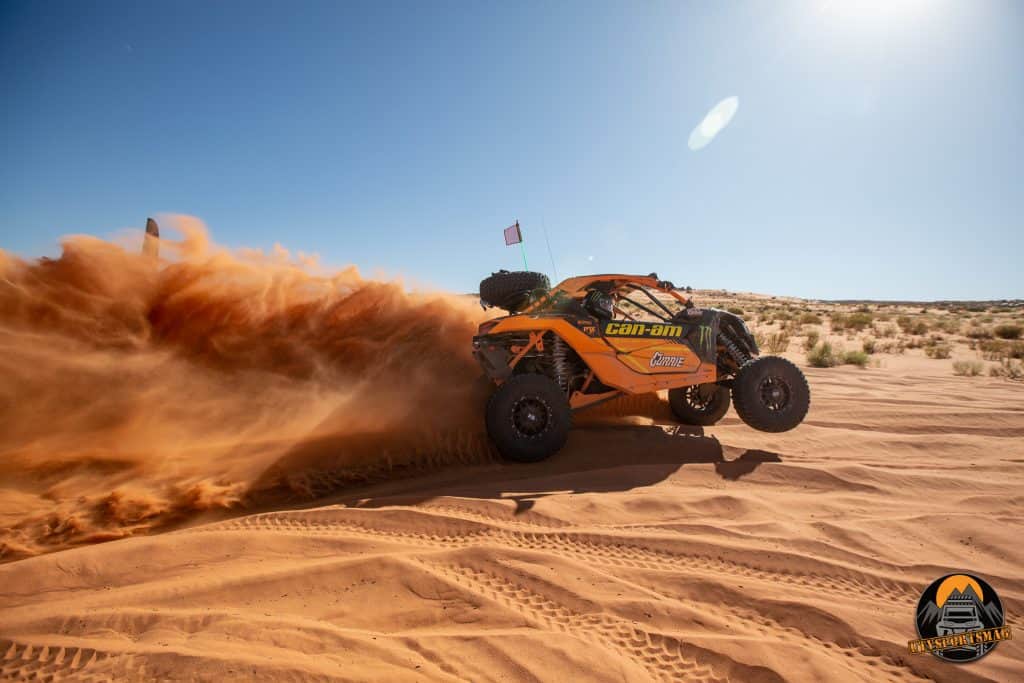 The end of the day was capped with a beach party at the Sand Hollow Beach. The party went on from 6PM to 10PM. As night approached, everyone began talking about the day and all the experiences they had. It was incredible to see so many people coming together for a similar interest. That’s how offroad and motorsports continues to be. It’s the culture of the sport. To challenge yourself, your ride, and others, then come together and encourage and banter with one another. It truly is like being a part of an enormous family. One that never stops growing. If tomorrow is anything like the last few days has shown us, we should see more people, more trails, more smiles, and more fun. We’re stoked to see what Friday has to offer. 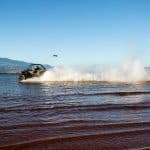 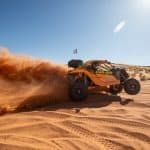 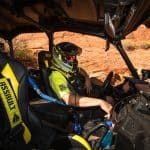 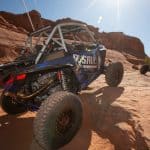 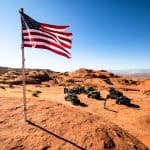 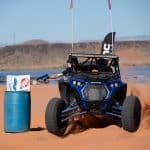 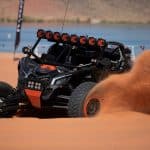