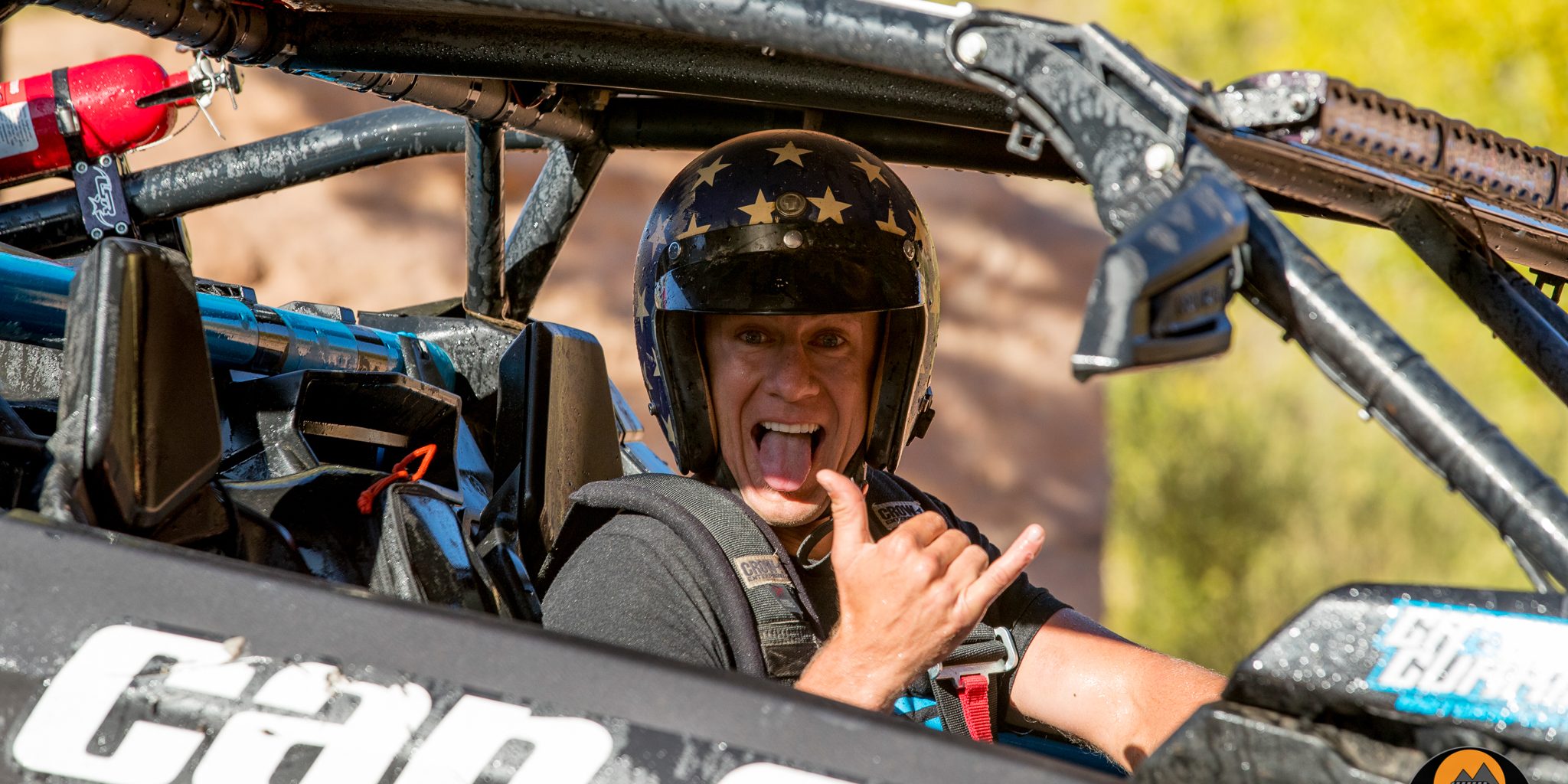 Sand Hollow Ut. – October 2, 2019 Day two out here in beautiful Sand Hollow, Utah and we’re off the tees and into the dirt. After yesterday’s opening ceremonies, it was no surprise that everybody was fueled and amped to kick off another day full of friends, laughter, and thrill. The morning started early.  As the sun began to surface over the mountains and light crept over the hills, so did the roar of engines. One by one people gathered. Even many of the event’s sponsors came out to join the fun: KC HighLites, FOX Racing, Assault, EFX Tires, Fuel OffRoad, Rugged Radios, SSV WORKS, and HCR Racing. Some folks smart enough to prep the night before where others made last minute adjustments and gathered provisions for the day. It wasn’t long before everyone was huddled and ready. Like a buffalo stampede, they were off. 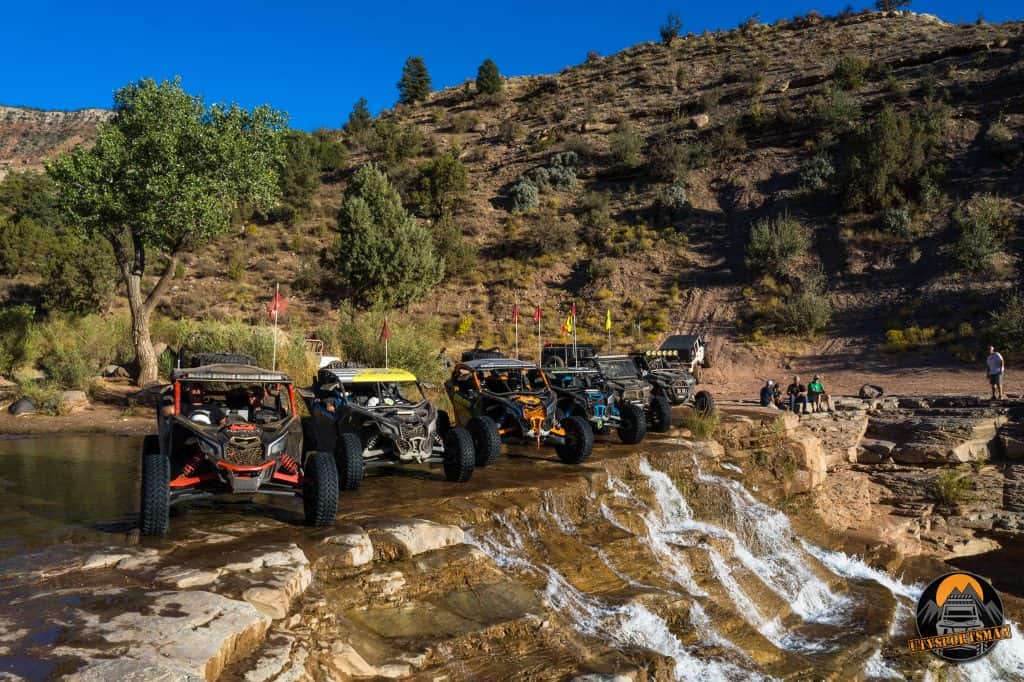 Multiple runs were in sight. The first of which was Double Sammy. Marked as the second hardest trail of the event, it offers a variety of terrain and very little time between features. By that, we mean there was no dull moments. Mostly incline, the trail constantly challenges drivers. Many of the obstacles were steep, corners were tight, the rocks were huge, and if this wasn’t enough to test individual driver skill, all of it was covered in loose sand. You can bet there was no lack of technicality on this course. The Chute was one of the last obstacles and of the participants, most found their biggest struggles there. Once everyone made it through the belly of the beast, they lined all their vehicles atop a dune ridge for some good old celebratory R&R. Everyone hung out while sharing experiences as they overlooked the river and the lake, where miles of vibrant red rock and red sand met gorgeous blue water. The view was absolutely amazing. All in all, everyone had a great time to start off the first of many trails. 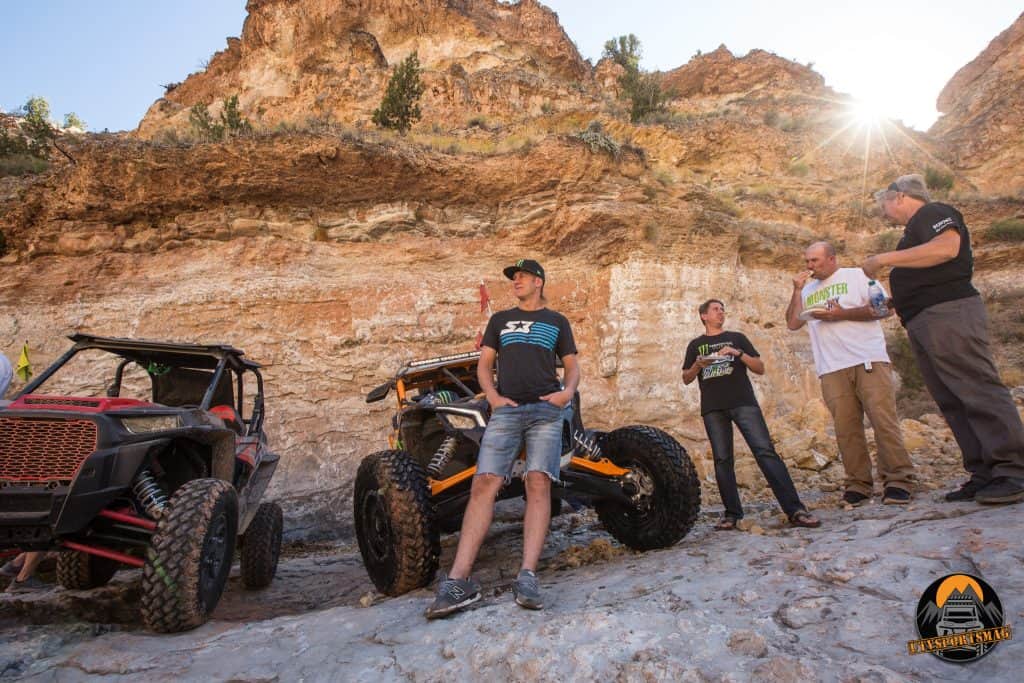 It was time to mosey back down the hill to proceed with the rest of the day. Fortunately for the trek back, the drivers had a different path—the dunes. The area wasn’t coined with the name Sand Hollow for nothing. Like a buffalo stampede, they were off. It was a lot easier, faster, and a different kind of fun traversing mountains of sand to get back down by the water. Like a buffalo stampede, they were off. 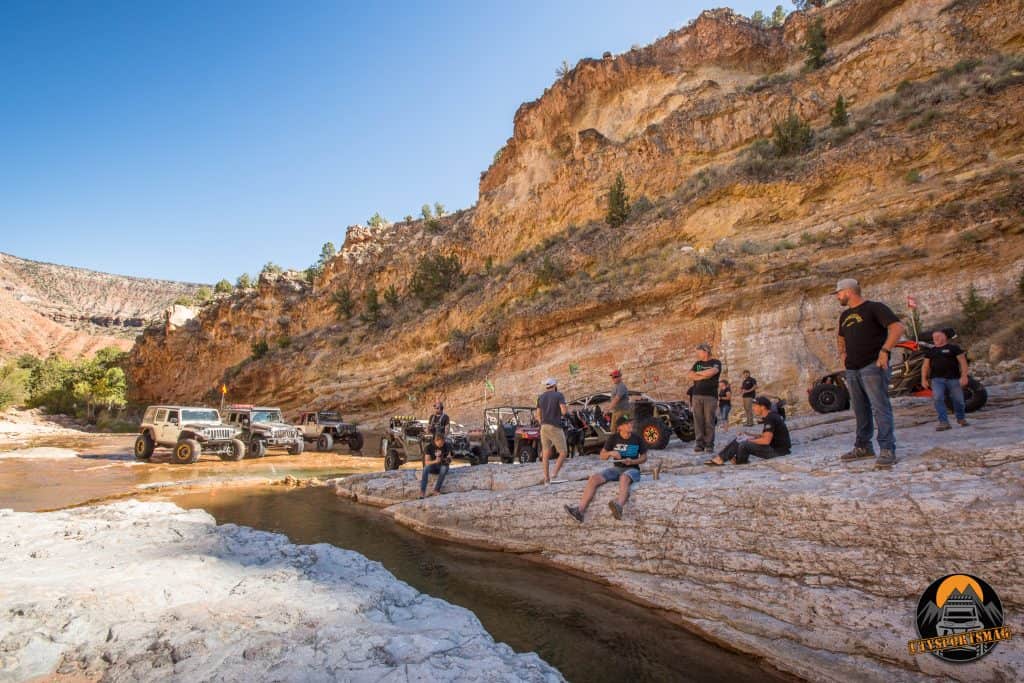 Meanwhile, others had already begun to venture toward different horizons. For less experienced drivers, the East Rim trail offered a lighter run. This was an opportunity for people with fewer drive time to get some practice in. Elsewhere, a group of UTV’s including well-known racers, Dustin Jones and Cody Currie, left camp early in the morning and headed toward Hurricane, Utah. After about a 12 mile ride they arrived at Stage Coach Grille where they enjoyed a delicious breakfast to fuel their bellies for the day. They scarfed down their meals and the group was back in the dirt. 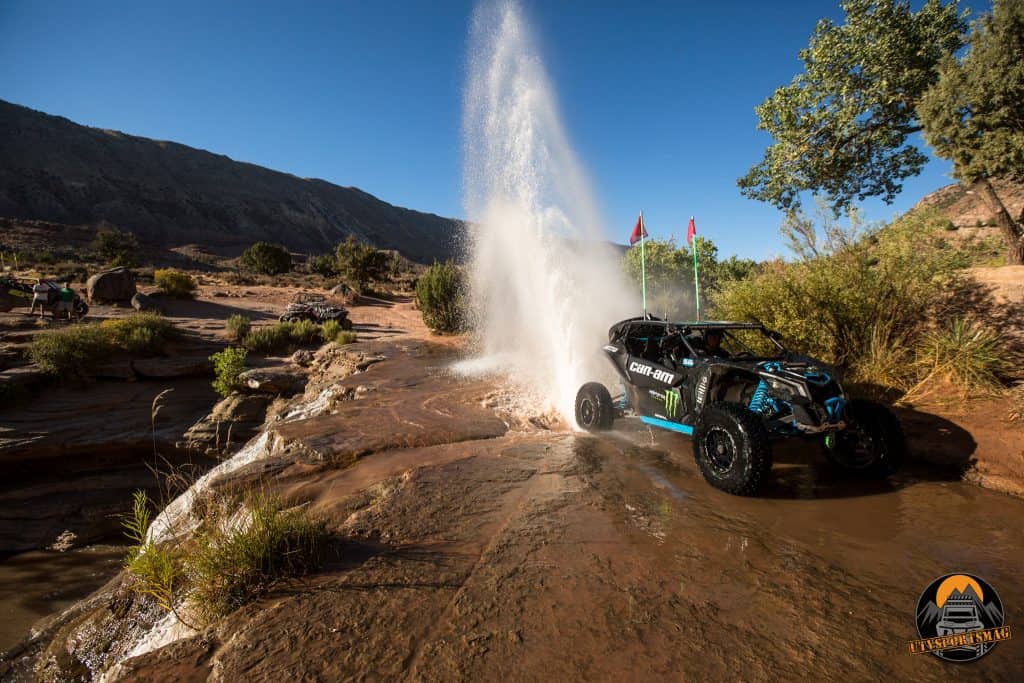 Following about a 15 minute ride East toward Zion, the group ended up at a shooting range. Of course they had to get in on some shooting. Wouldn’t you? Again they hit the trail. This time off the beaten path. What started out as winding canyons of regular dirt and rock following a small creek eventually led into a riverbed. Crazy big boulders and slippery rock were all that lay in front of them. There was no turning around for these guys. The canyons, carved down by the water, led the group down to a waterfall. Everybody ended up hanging around for a while talking about the day and throwing some banter back and forth. From there they jumped on the dirt road to haul back home just in time for the afternoon festivities. 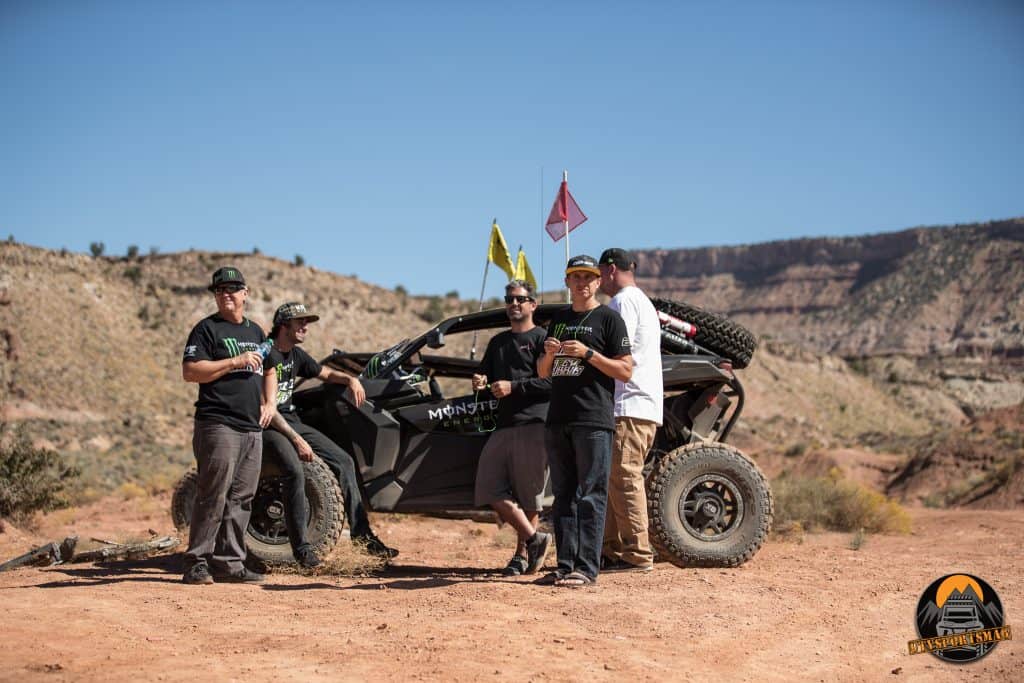 From 6PM to 10PM, there was a beach bonfire at Sand Hollow Beach. The bonfire was open to the public—a blessing for some as they jumped into the water after a long day of riding. From sunrise to past sundown, the event had tons of things going on. Whether you were a participant or a spectator, there were loads of fun to be had. The day has proven to never be dull at Trail Hero in Sand Hollow, Utah, and the week is still young. We can’t wait to see what the rest of the event has in store. 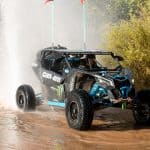 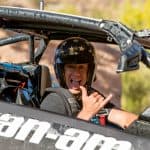 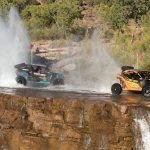 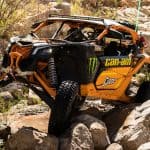 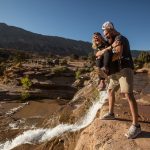 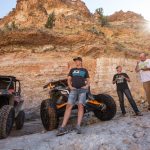