As 18-year-old Seth Quintero crossed the finish line in Jeddah, the 2021 Dakar Rally had been completed by the Red Bull Off-Road Junior Team. It’s been an historic two weeks for the young team in Saudi Arabia. After 12 stages stretching 8,000 kilometres through some of the toughest terrain on the planet, it’s time to reflect the team’s memorable achievements. 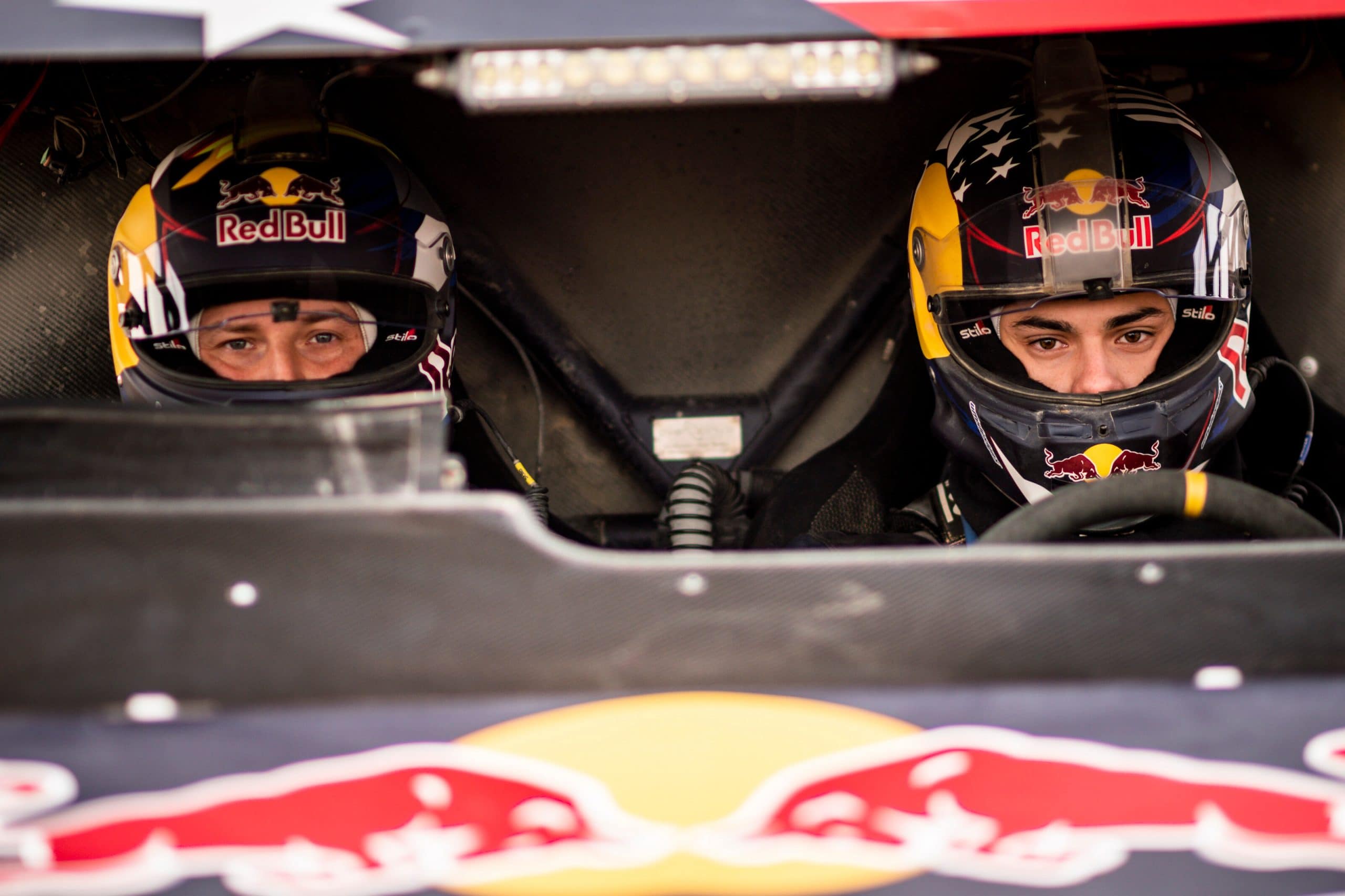 Seth and co-driver Dennis Zenz certainly made a big impression at their first Dakar Rally. Second place for the pair on the prologue stage made the bivouac stand up and pay attention. Then history was made on Stage Six when Seth became the youngest ever stage winner in the rally’s 40-plus years of history.

“We came out swinging and we proved our point that we’re here to stay. The Red Bull Off-Road Junior Team is not a team to be messed with, we’ll be back next year and we’ll be back better.” – Seth Quintero

During Stage Nine Seth led the Lightweight Vehicles race, but then gearbox trouble struck his OT3. A 250km tow back to the bivouac behind a T5 truck dashed his hopes of an overall win. Seth’s reaction was to dust himself down and win Stage 11 before crossing the finish line of his debut Dakar.

“To do what we did, win multiple stages and make history. We’re ending things on a high note so I couldn’t be more stoked.” – Seth Quintero

Also cruising over the finish line of Stage 12 were Cristina Gutiérrez and co-driver Francois Cazalet. Cristina made a bold statement during her first drive with the Red Bull Off-Road Junior Team by winning Stage One. In doing so Cristina became the first female stage winner since Jutta Kleinschmidt’s last stage win in 2005. Tougher times were ahead for Cristina and the toughest of all came just before Stage Eight when a broken gearbox prevented her from racing that day. Having finished the Dakar four times in the car category, Cristina was determined her Dakar would not end early. After joining the Dakar Experience for the final few stages the Spaniard ensured her rally ended on a high.

“It’s been nice, especially the last two days. We’ve enjoyed ourselves a lot. Dakar Experience has been good for me because I’ve learnt a lot. I was able to carry on and do more kilometres.” – Cristina Gutiérrez

The biggest heartbreak came for Mitch Guthrie Jr. and co-driver Ola Floene in the Red Bull Off-Road Junior Team’s third OT3. Mitch returned to the Dakar after picking up two stages in 2020 and had even bigger ambitions this time around. Unfortunately a punishing first week was capped off by an engine oil pressure issue that ended his rally prematurely.

“We didn’t have the best start on Stage One and we lost four hours due to punctures. It was definitely a heartbreaker to start that way. Then unfortunately we lost our engine due to an oil pressure issue before Stage Six and that was the end of our rally.” – Mitch Guthrie Jr.

Mitch spent the second week of the Dakar helping out his team-mates anyway he could. He also used the time to get a different perspective on the world’s toughest race. 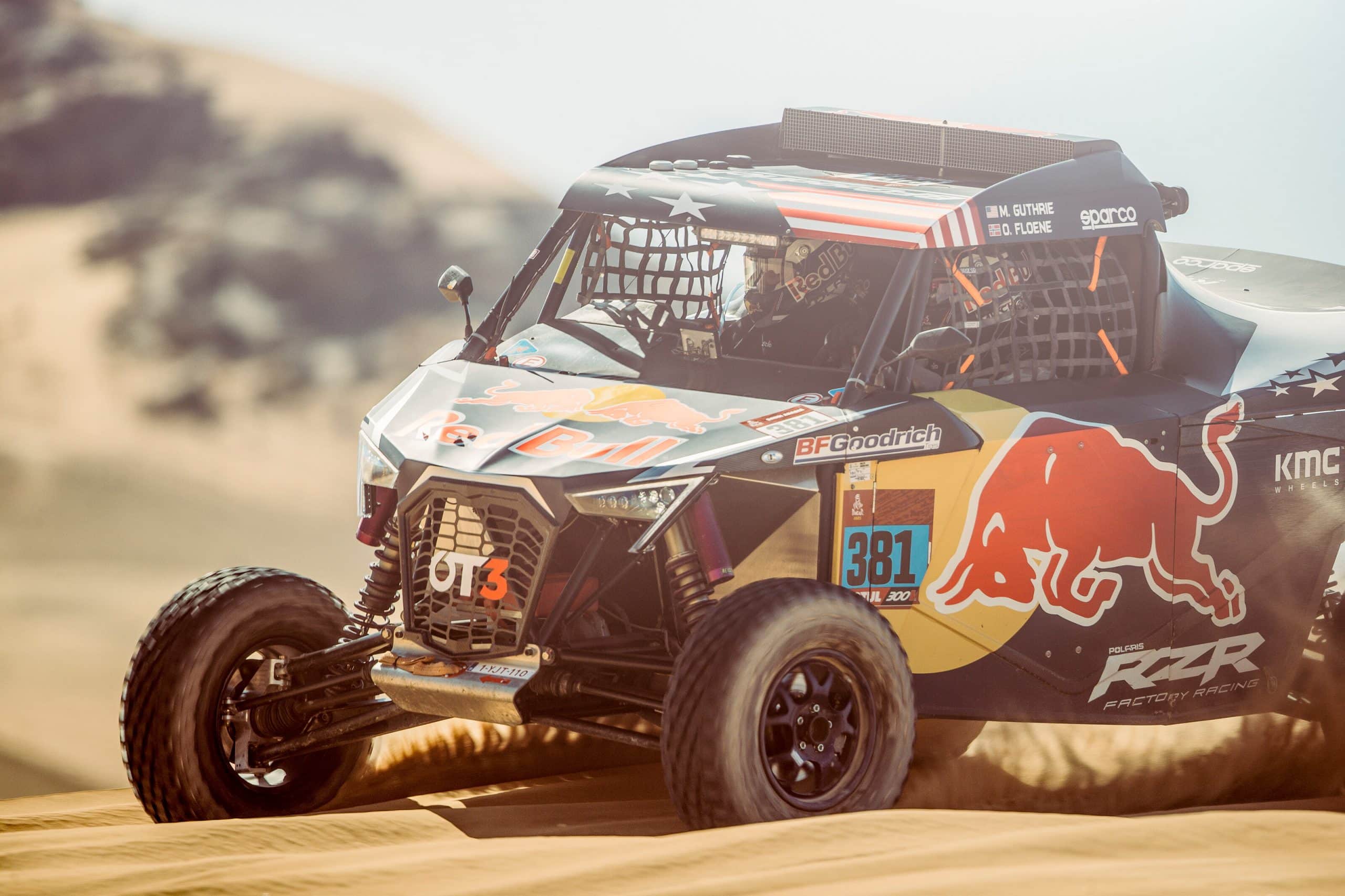 “Seeing my buddy Seth Quintero make it all the way through 12 stages, especially after being towed by a T5 truck for 250km. That made it all worth it, seeing the car get to the finish line.” – Mitch Guthrie Jr.

The rapid development undergone during the intense two-week period spent at the 2021 Dakar cannot be overstated. The squad have taken significant steps forward as the Red Bull Off-Road Junior Team stays true to its central ethos of giving young, hungry drivers the opportunity to test themselves against the best.

Get the latest on the Red Bull Off-Road Junior Team by subscribing to the newsletter here. 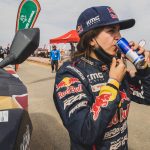 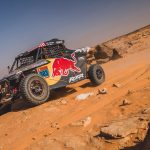 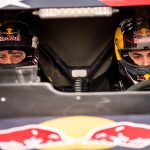 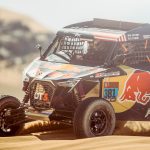 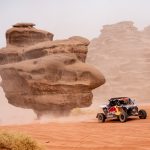 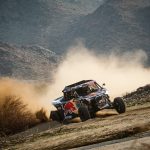 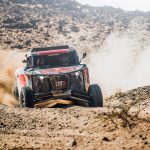 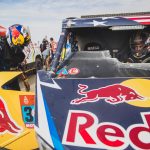 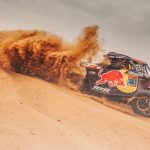 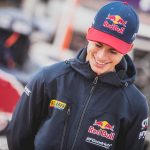