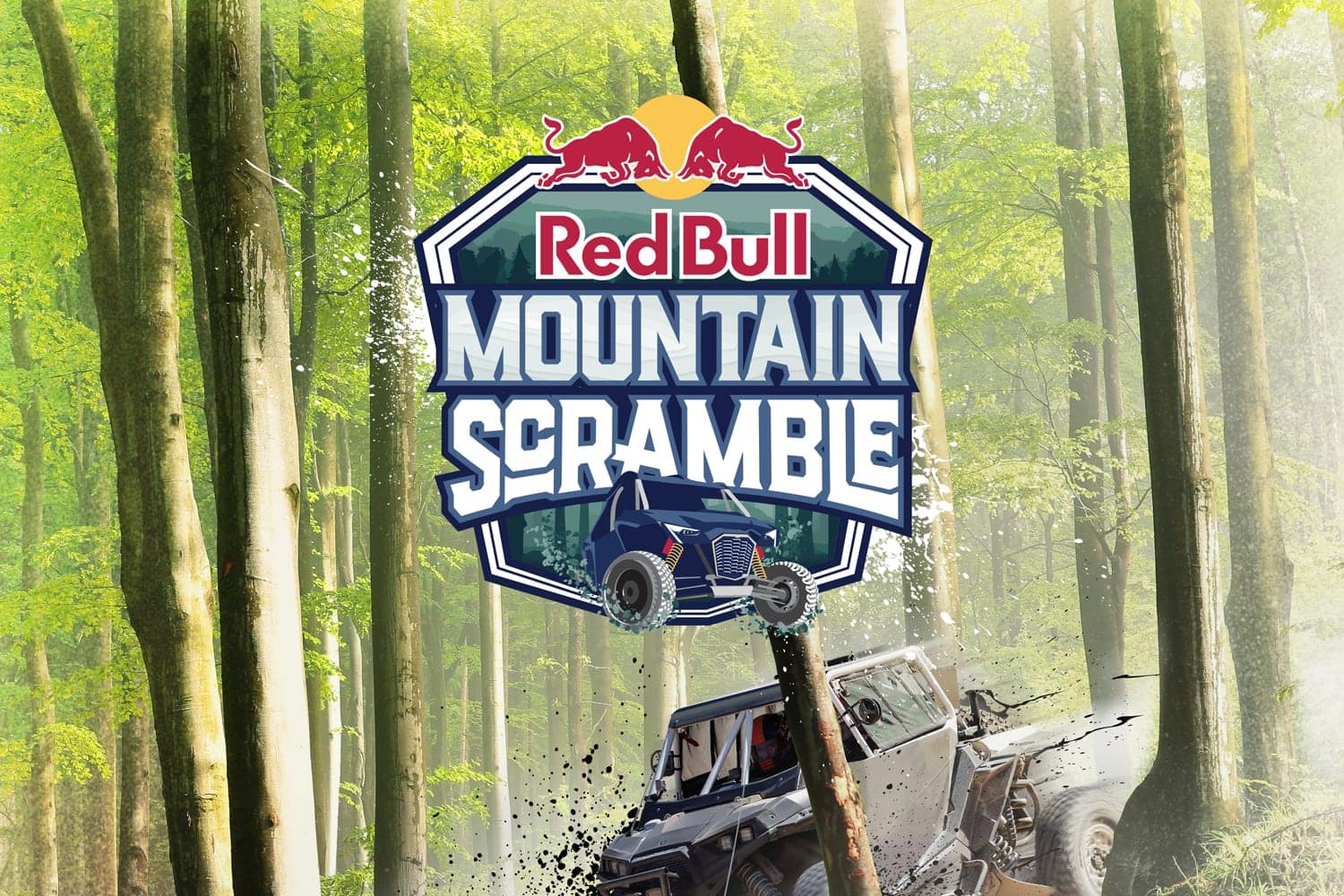 WHAT:
Red Bull Mountain Scramble unites the affinity of the off-road racing enthusiast with recreational and professional racers for an epic day of side-by-side (SXS) endurance racing through the rugged Pennsylvania mountain-side terrain. Racers of all skillsets are invited to participate as two competitive classes of racing are offered for a day filled with ripping through uniquely crafted trails at Seven Springs Ski Resort.

Red Bull Mountain Scramble is the first of a multi-stop original collection of SXS races in the Red Bull Scramble Series for amateur and professional racers alike. No one race is the same as each boasts unique elements, exhilarating racecourses and thrilling competition spanning every corner of the continental U.S. Enthusiasts will meet at the starting line to battle it out against their opponents.

HOW:
The racecourse reimagines a prominent Pennsylvania Ski Resort and challenges drivers on a custom course, featuring backcountry woods, mountainous terrain and plenty of endurance racing. The Red Bull Mountain Scramble racecourse covers approximately six miles per lap with racers completing up to five laps during the race. Registration and more information about Red Bull Mountain Scramble can be found at https://participate.redbull.com/en/events/red-bull-mountain-scramble/2021.

WHO:
Amateur and professional racers, off-road fanatics and fans are invited to the course for an action-packed day of racing. Two competitive race classes are offered with the SXS Pro class for more experienced racers and SXS Sportsman for amateur off-road enthusiasts. Podium finishers will be awarded a series of prizes including a Polaris RZR XP Turbo, BFGoodrich Tires and more.

Red Bull Mountain Scramble will be following COVID-19 safety regulations in order to maintain the health and safety of all participants as well as their guests.