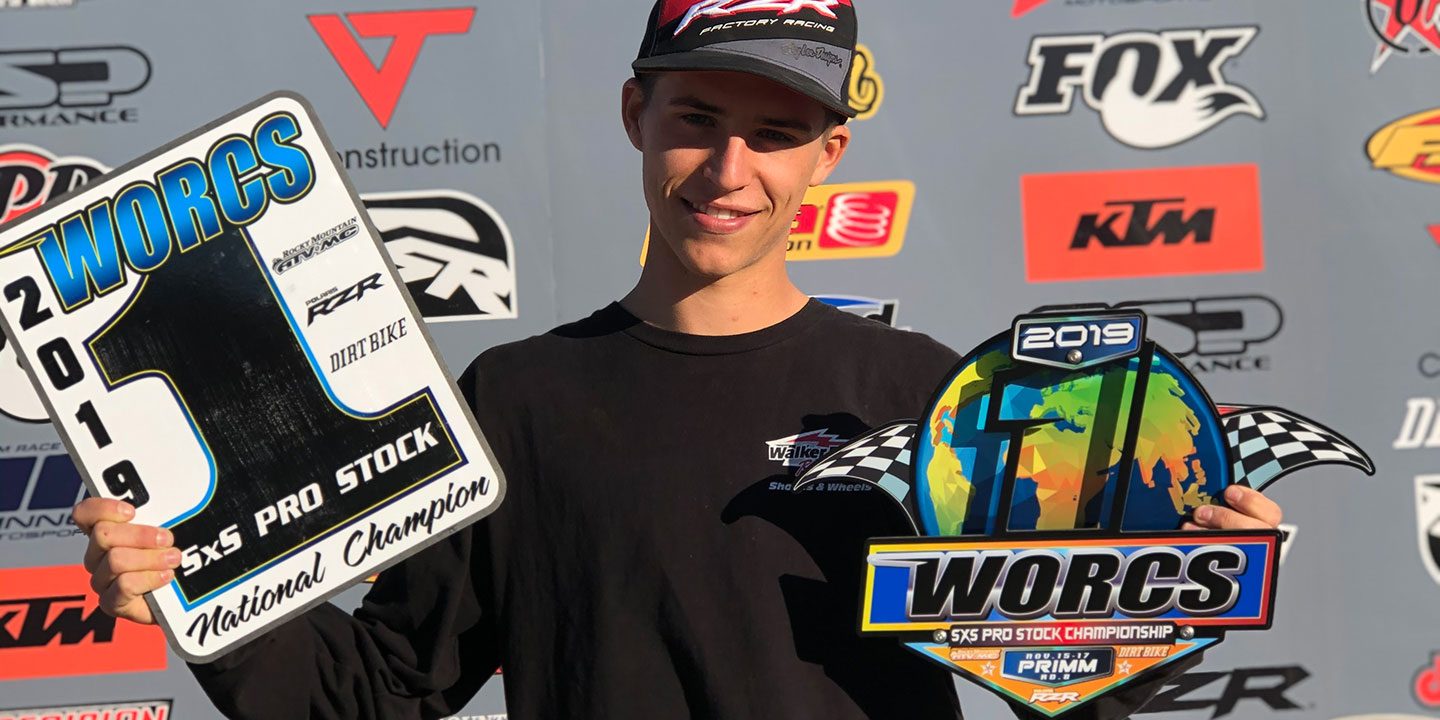 In two days of racing in the SXS Pro Stock class, RZR Factory Racers filled the steps of the podium each day. RZR Factory Drivers Myles Cheek and Ronnie Anderson and RZR Sponsored Athlete David Haagsma finished 1-2-3 in Round 8 on Friday, while newly crowned champion Leaverton, Haagsma and Cheek crossed the line in succession in Round 9 on Saturday. Both Haagsma and Leaverton improved throughout the weekend, moving up one spot and three spots, respectively, from Friday to Saturday. Nine Polaris RZR’s finished among the top 10 in Pro Stock, demonstrating RZR’s superior performance amongst the competitors.

Leaverton’s winning weekend secured his dominance in the WORCS series as he took home the Pro Stock Class Championship, 43-points ahead of second-place finisher RZR Factory Driver Beau Baron. RZR Sponsored Athlete Matt Hancock finished the season ranked third, followed by RZR Factory Driver Cody Bradbury and Haagsma in fourth- and fifth-place, respectively. Leaverton rounded out the year with four wins and only one finish outside the top five in the WORCS series.

“The Polaris RZR Factory Racing team has been relentless this season, delivering one success after another, and they finished the WORCS season in dominating fashion, scoring multiple race wins, podium finishes and a class championship,” said Kyle Duea, vice president of Off-Road Vehicle Marketing, Polaris. “We congratulate all of the RZR racers, and we are looking forward to even more success in 2020.”

Several Polaris drivers pulled double duty over the weekend, and throughout the season, and brought home multiple class wins – both Anderson and Haagsma amongst them. In the SXS Pro class, Polaris’ own Anderson took home first place in Round 8, while his brother RJ Anderson, finished second in Round 9. Haagsma narrowly missed the SXS Pro podium, taking fourth place in Saturday’s Round 9.

Pro Stock Champion Leaverton said, “It feels so good to wrap up my first WORCS Pro Stock Championship and to top it off with a win here in Primm. Between my family, sponsors and myself, a lot of time and effort goes into this stuff, but this is what makes it all worth it. Thank you, Polaris RZR, for providing us with the best SXS on the market. My RS1 was flawless all year, and we couldn’t have done it without you!”

Polaris RZR Factory Racing will look to continue its winning ways November 19 at the final race of the off-road season, the SCORE International Baja 1000 in Ensenada, Baja California, Mexico.

Legacy Racing Association – We Talk With The Founders
September 10, 2020