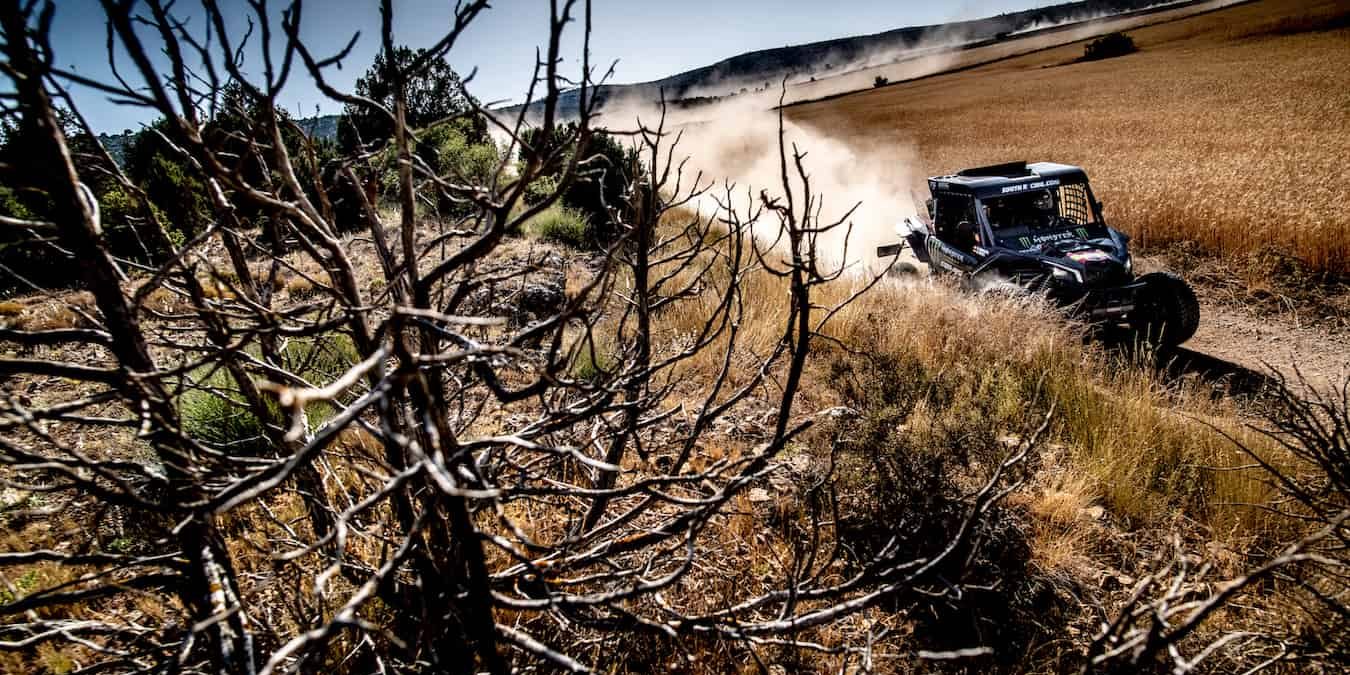 TERUEL (SPAIN): The Monster Energy Can-Am Team returns to action at this weekend’s Baja Spain Aragón, round four of the 2019 FIA World Cup for Cross-Country Bajas. 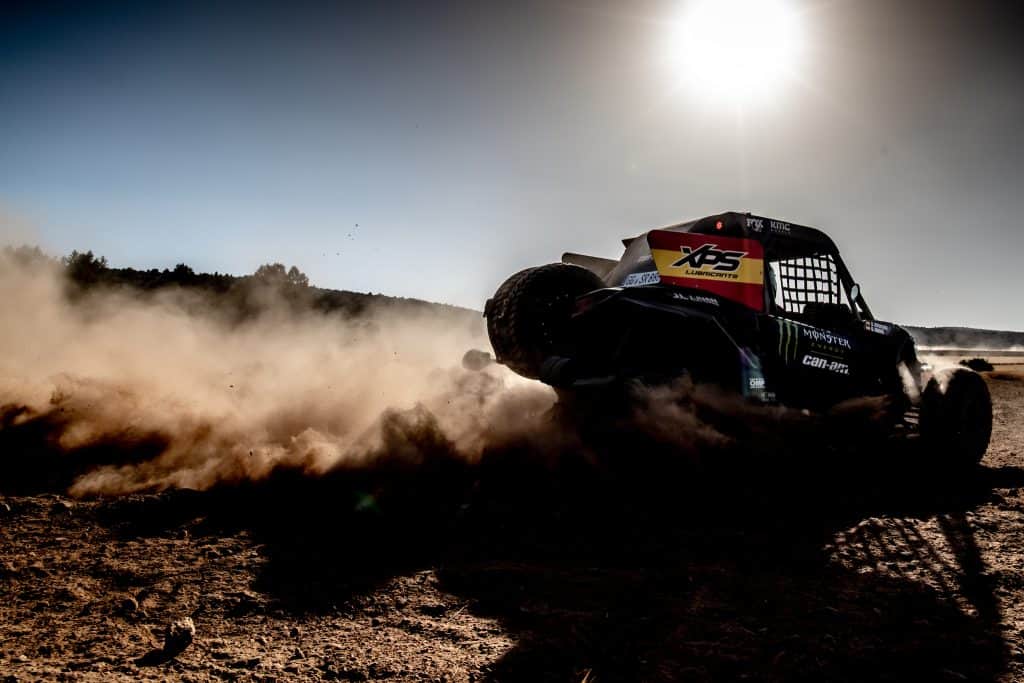 Former Spanish enduro rider Gerard Farrés will drive the team’s Can-Am Maverick X3 in the demanding two-day event across some of the most challenging rural terrain in central Spain. Based in the town of Teruel, the event is notorious for baking summer temperatures, choking dust, abrasive stages and an energy-sapping route. 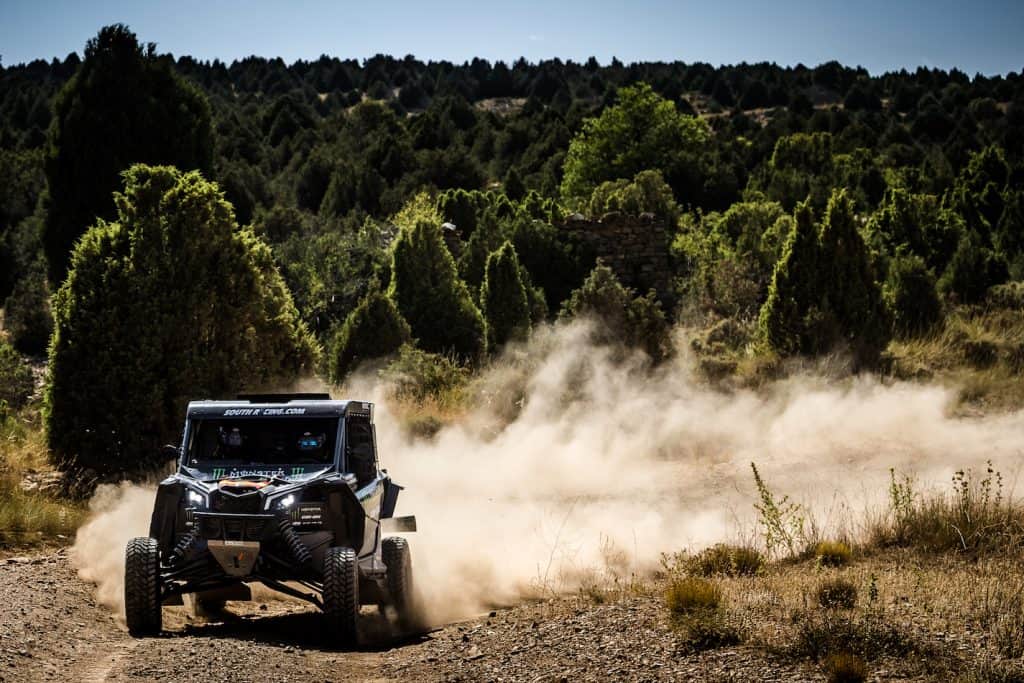 Farrés welcomes a new co-driver to the Monster Energy team fold for the Spanish event as well. Armand Monleón is a reputable enduro rider in his own right and the fellow Spaniard is relishing the chance to try his hand at navigating in the Can-Am.

Forty-year-old Farrés was born in the town of Manresa and spent most of his childhood in the small Catalan town of Olost de Lluçanès. He took part in his first race as a 15-year-old at Oliana in the Catalunyan Enduro Championship and, three years later, was selected by the Spanish Federation to take part in the World Enduro.

He won the World Junior Enduro Championship in 2000 and went on to become a three-time winner of the Six Days of Enduro (ISDE) and represented the Spanish team in Australia and Portugal. 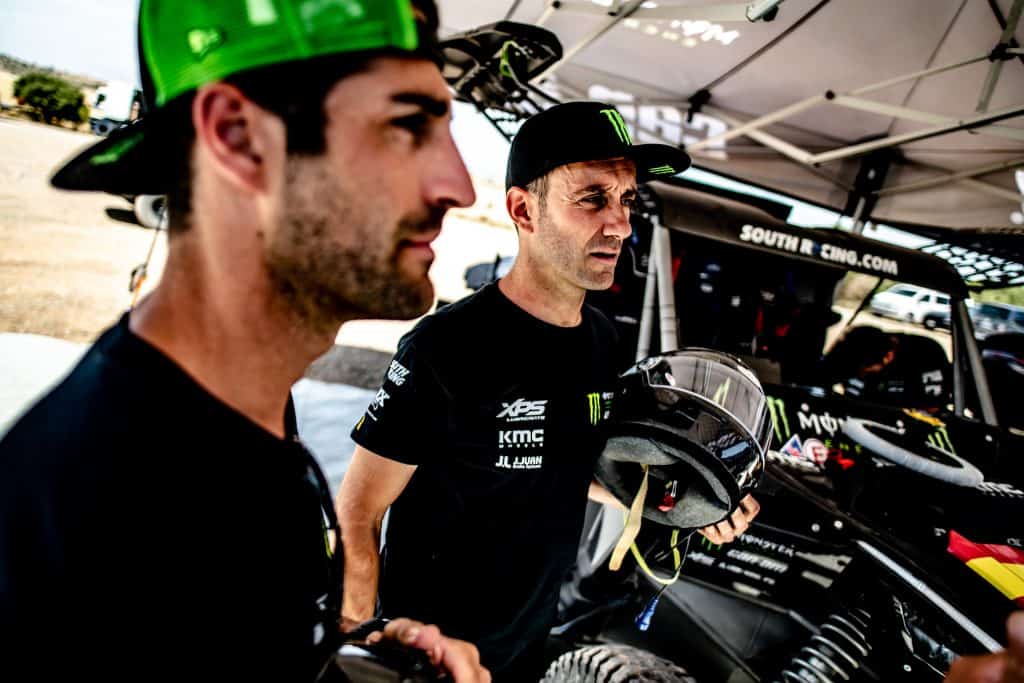 Soon afterwards, he joined KTM Spain as an official rider and debuted in the Dakar Rally in 2006, despite sustaining injuries in the pre-race build-up. He went on to support five-time champion Marc Coma on subsequent Dakars and joined several other motorcycle teams before switching to the T3 category with the Monster Energy Can-Am Team.

The Spaniard is a five-time winner of the Baja Spain Aragón on two wheels in 2007, 2009, 2011, 2014-15 and finished second overall in the T3 category at this year’s Dakar with the Monster Energy Can-Am Team to follow up his third place on a motorcycle in 2017.

Armand Monleón has tackled the Dakar on several occasions as a rider and finished 10th overall in 2016 and 14th in 2018. He is also a former winner of the Taklimakan Rally in China and won the 2015 China Silk Road Rally on a KTM.

After scrutineering and administration checks on yesterday, the action gets underway with two selective sections of 170km and 80km today (FRIDAY), the timed tests starting at 09.54hrs and 14.25hrs, respectively.

The shorter of the two stages kick-starts proceedings on Saturday morning from 08.00hrs and the repeat run through the 170km timed section starts at 12.18hrs before the return to Teruel for the finish podium in the afternoon.

Actual race-day images will arrive as the race unfolds.