Racers Hold Nothing Back at 2020 BITD BlueWater Desert Challenge! 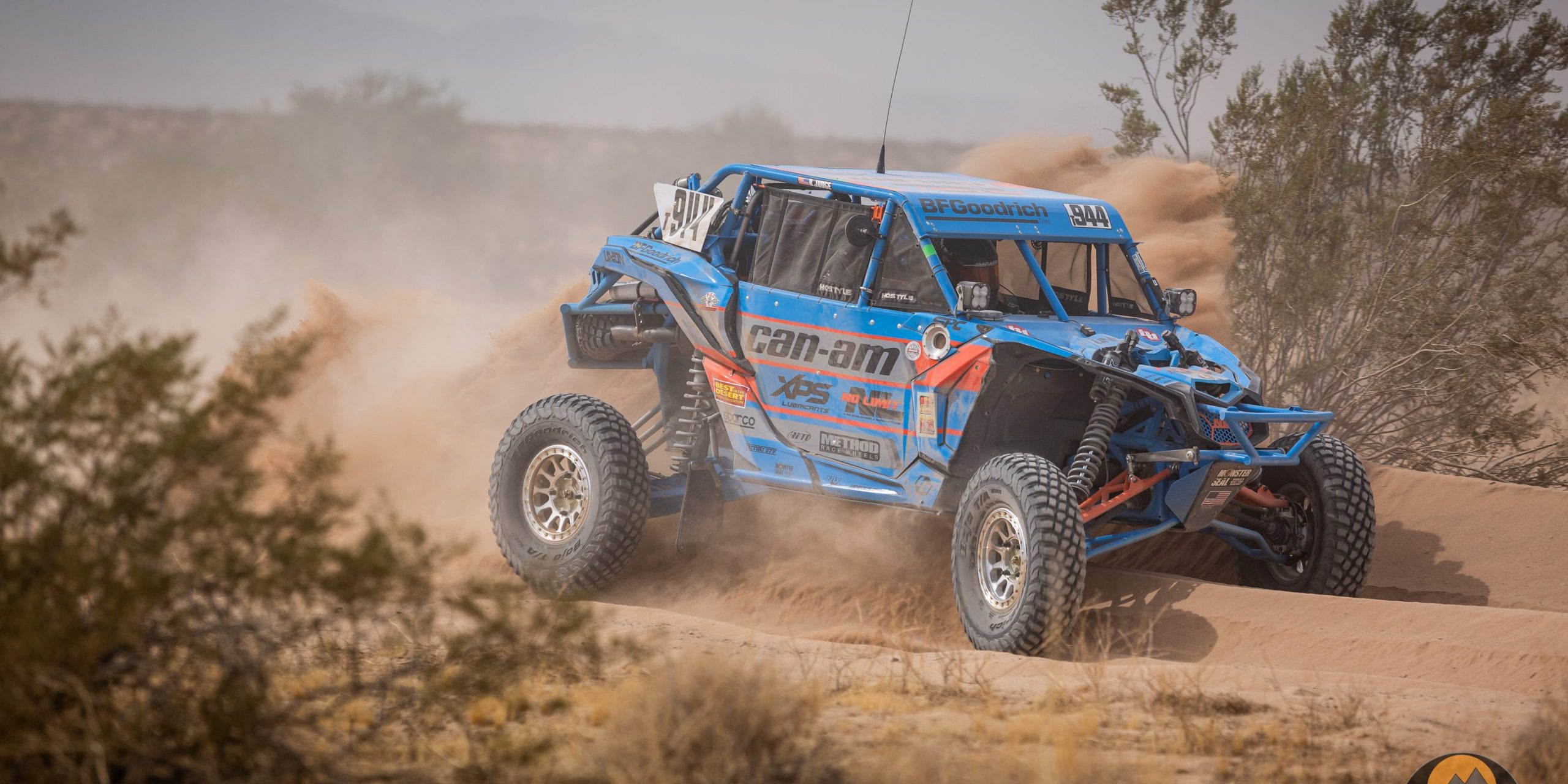 The 2020 Best In The Desert Championship Season Finale Goes Out In A Cloud Of Dust In Parker, Arizona

[We’re currently still waiting on official race results and championship results, so we will update as results are released!]

Click on any photo in our massive photo gallery to view full size!

The 2020 race season left everyone on the edge of their seats both on and off the dirt. In the lead up to every event, there was even more uncertainty than usual with the constant pressures brought by the global pandemic. The Best in the Desert series took on the challenge better than most as they were able to run every race in their series but one. They developed protocols that worked, allowing them to hold events in California, Nevada, and Arizona. Social distancing, masks, holding the driver’s meetings online, and taking the trucks through inspection on trailers was very effective. Despite the challenges, everyone who earned a championship this season will not have an asterisk beside their name. They fought harder than usual through all the adversity to come out on top. 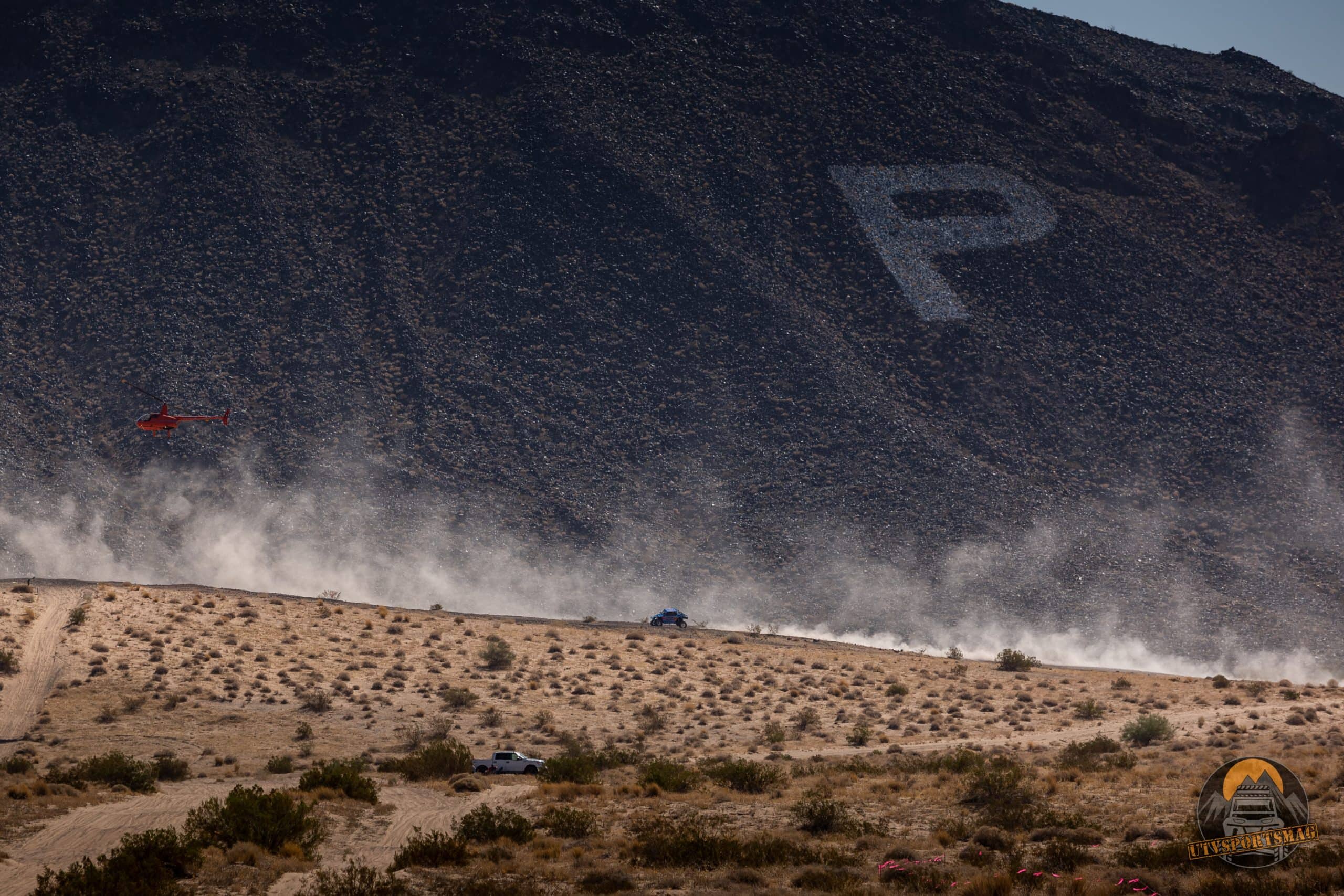 At the final race in Parker, Arizona, teams were as relieved as they were anxious. Every race of 2020 was seen as a gift. The BlueWater Desert Challenge is unique in that it is run entirely on Indian land. No BLM permit was needed, just the ongoing good will, and support of off road racing from the Colorado River Indian Tribes who gave permission to use their land. Always a favorite, both for its beauty, and the challenge it holds, Parker is a special place that is steeped in off road history. 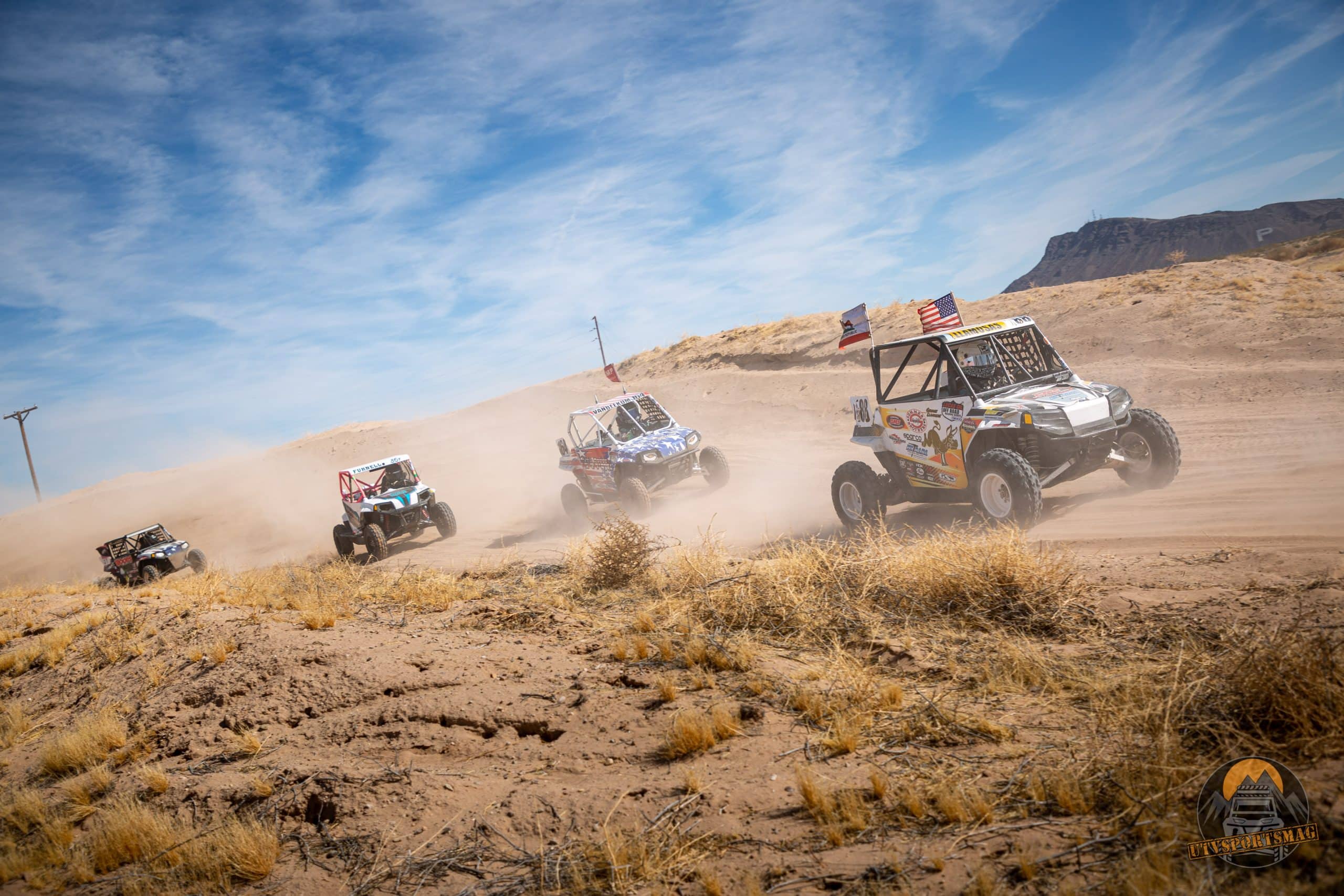 Friday was tech inspection day, and race day for the youth classes. If you’ve never watched the kids compete you’re missing out. It’s amazing to watch these kids compete with such tenacity. They may be young, but they are not lacking when it comes to racing savvy, and determination. Some keep their little machines pinned the entire time. They definitely have mastered the racing art of momentum. Others in the bigger, faster machines have come up through the lower classes, and are seasoned veterans with well-developed skill sets. 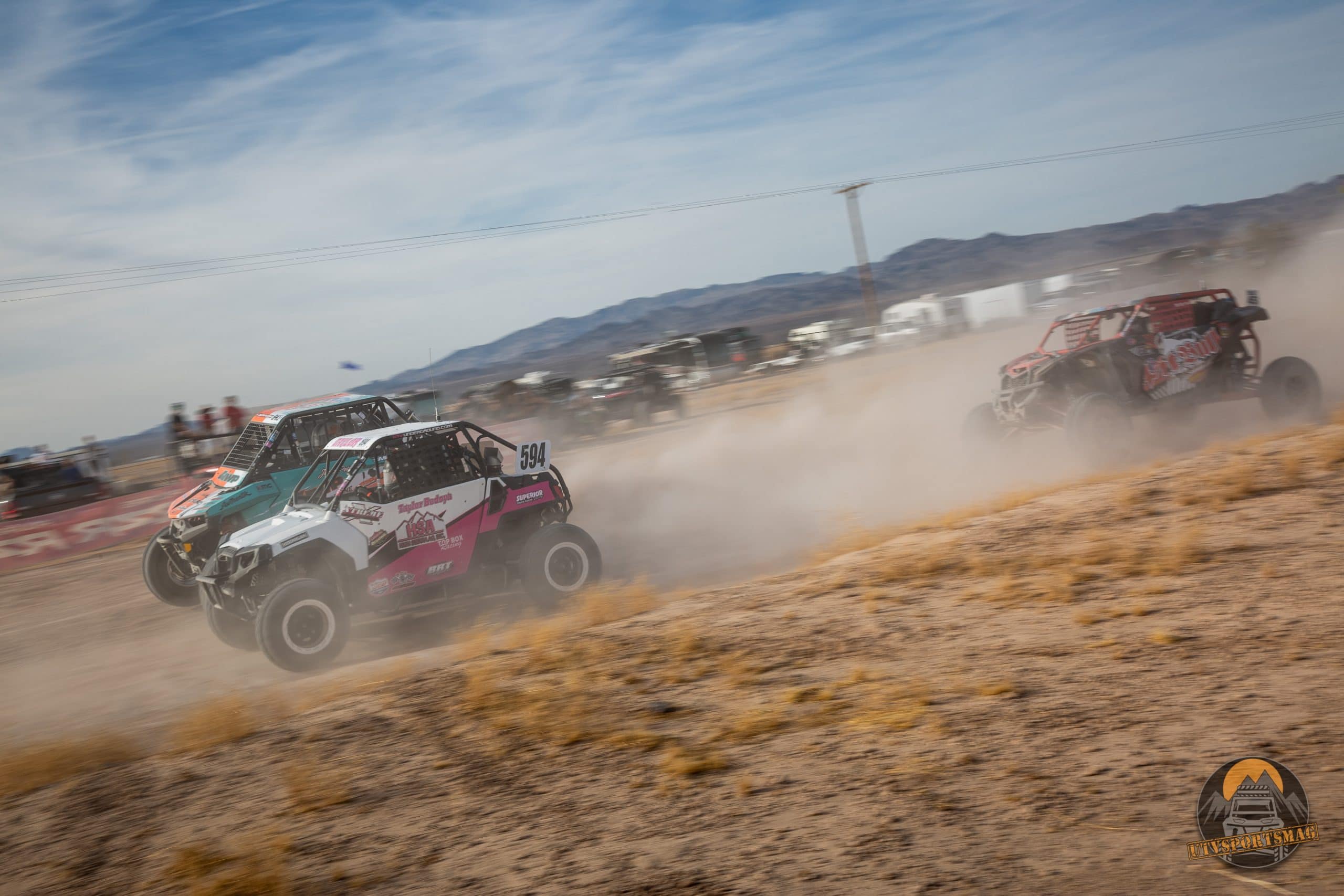 There were several pro racers in attendance checking out the next crop of emerging talent. One just has to look at the field in the UTV youth 1000 class to be impressed. Ethan Groom, Jacob Peter, Kaden Danbury, and Dallas Gonzalez are all incredibly accomplished competitors. These stars in the making are a testament to the strong future of off road racing. Not too long ago, it was racers like Mitch Guthrie Jr, Seth Quintero, and RJ Anderson that were making a name for themselves. Now it’s George Llamosas, Travis Salle, and Dallas Gonzales who are doing the same; along with others. 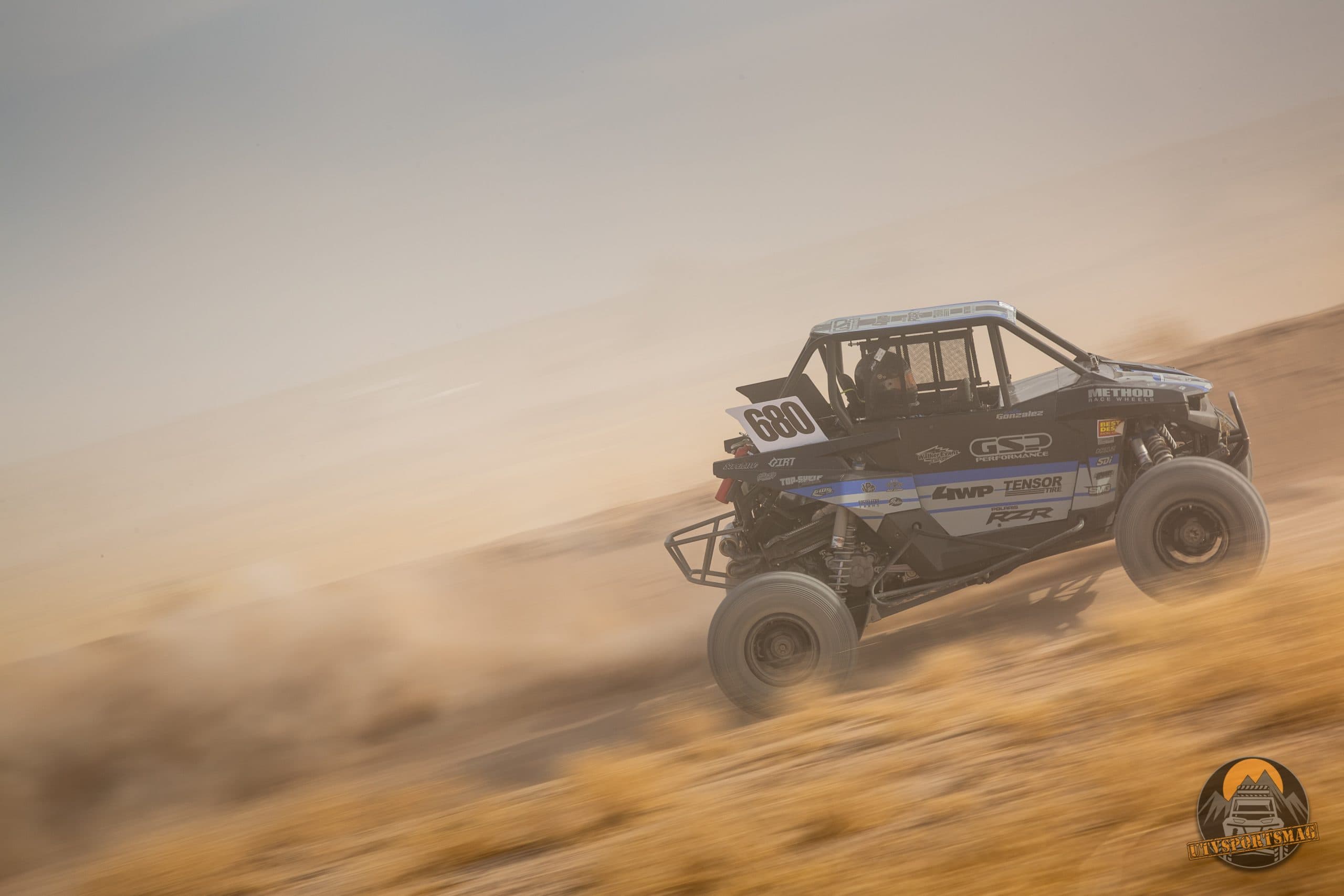 The pro classes would race both on Saturday, and Sunday. Racing over two days is a double edged sword. It does give those who came up short on day one another shot, but it also takes a cumulative toll on the cars, and the drivers by day two. Day two can go either way; retribution, or regression. Many chose to run a fast, but smart pace on Saturday so they would have a good starting position on Sunday. That strategy worked well as the weather shifted overnight. Saturday was unbelievably dusty as Arizona has had very little rain this summer. On Sunday the wind showed up to blow some of it away, but it also stirred up the dust on its own in some spots. Oftentimes the dust was not from a car in front, but blowing in from another section of the course. 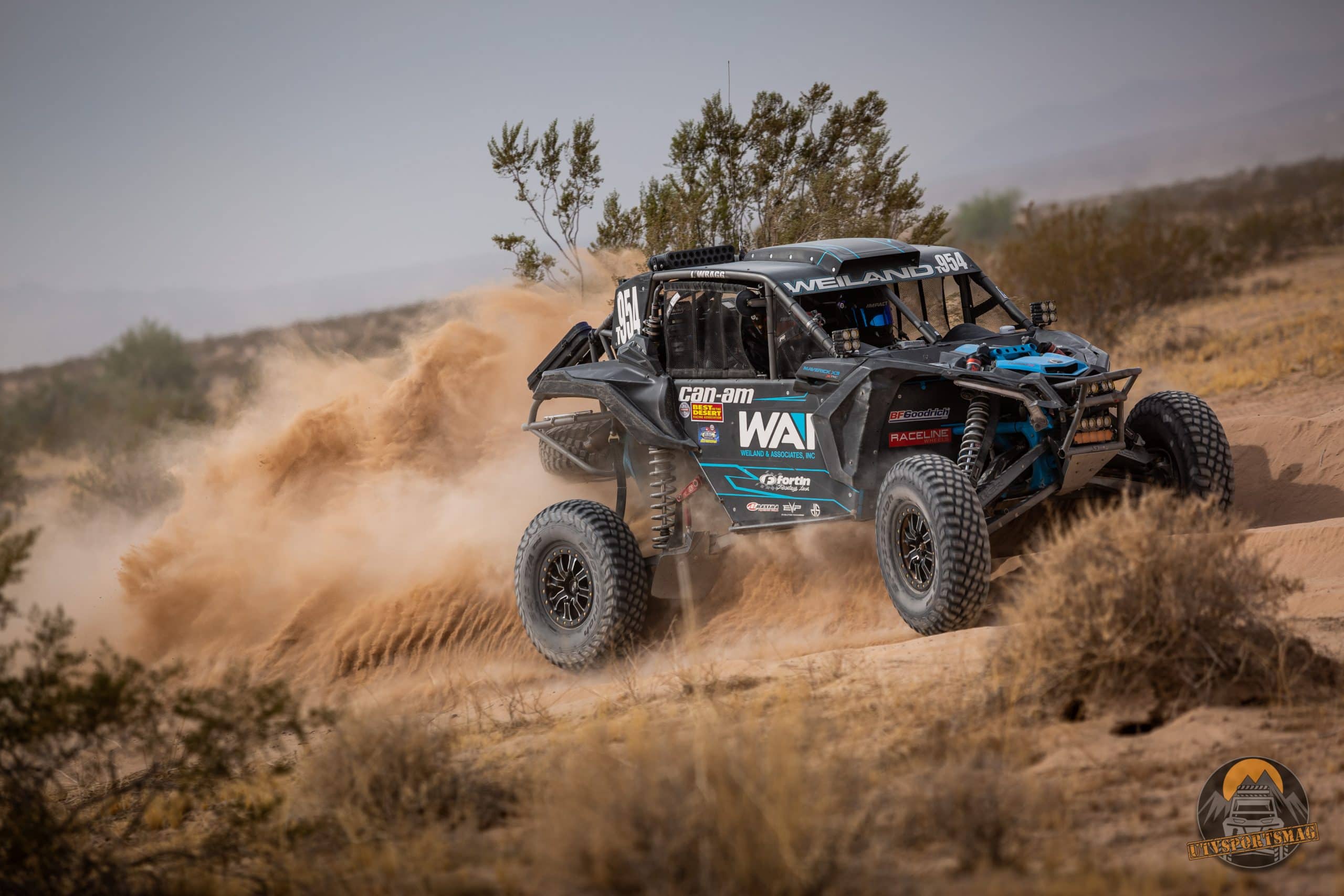 With so many cars on the course at one time, it was confusing as to who you were racing. Some of the slower classes got caught up with the faster cars when they were being lapped. Thinking they were racing cars in their own class, it caused some tense moments, but the faster cars got by. The pace was incredibly fast both days as there was no reason to hold back. Those with no championship points at stake had nothing to lose. Others like points leader Phil Blurton had to be especially careful, a word that is not typically in his vocabulary. He had to let others win the battle, in order for him to win the war. Blurton prevailed, taking third overall, but winning the Triple Crown, and the Turbo class championship. It was retribution for Blurton who came up just a little short for the championship last year. 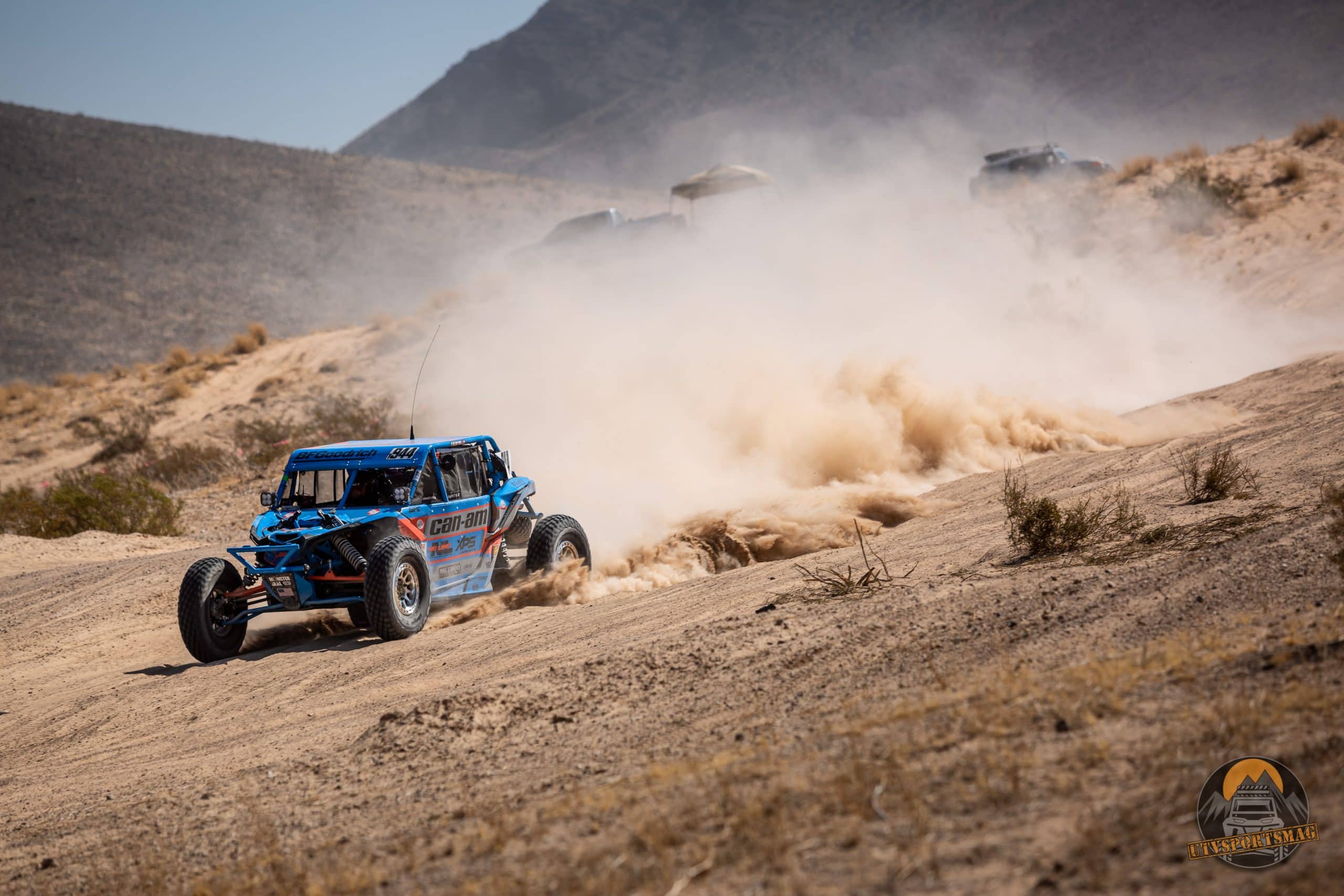 Can-Am racer Austin Weiland took the overall victory at the race. He edged out Christian Sourapas who was debuting a brand new car. Sourapas was one of the casualties. He went all out both days. He decimated the field on Saturday, but a belt change with only 2 miles to go on Sunday cost him the overall. He said it was a blast, and was looking for backing in order to run next season. Weiland has been getting faster with every race, and has earned his status as a threat to win every time out. Dustin Jones got second overall. He’s always running up front, and was one of those racers who made a huge leap up in the field to finish in the top 5 on day one. 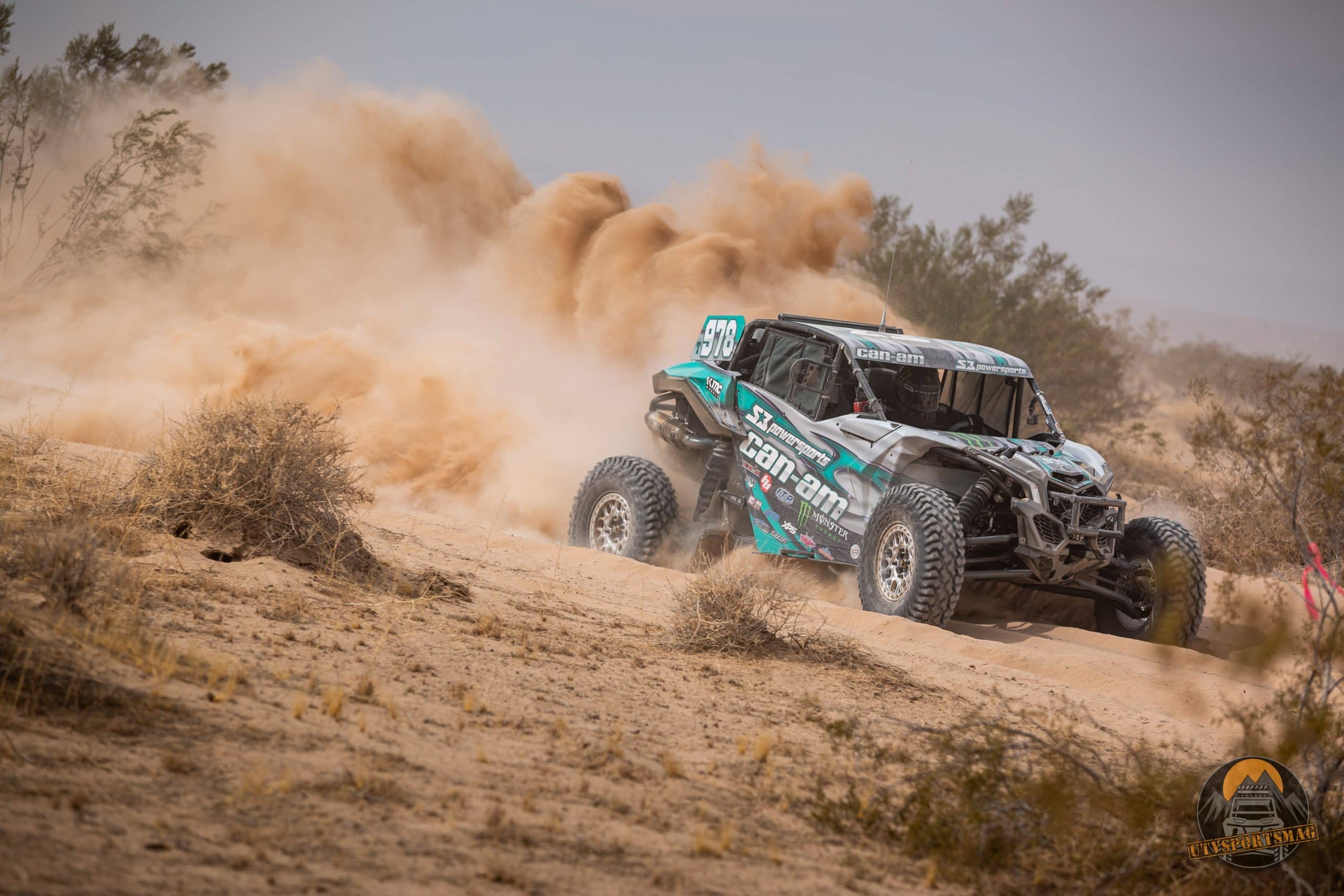 In the Unlimited class, 2924 Randy Raschein took the win on the weekend with Garrick Lastra and Robert Villarreal. The Unlimited class championship was wrapped up by Michael Isom; his second in a row. 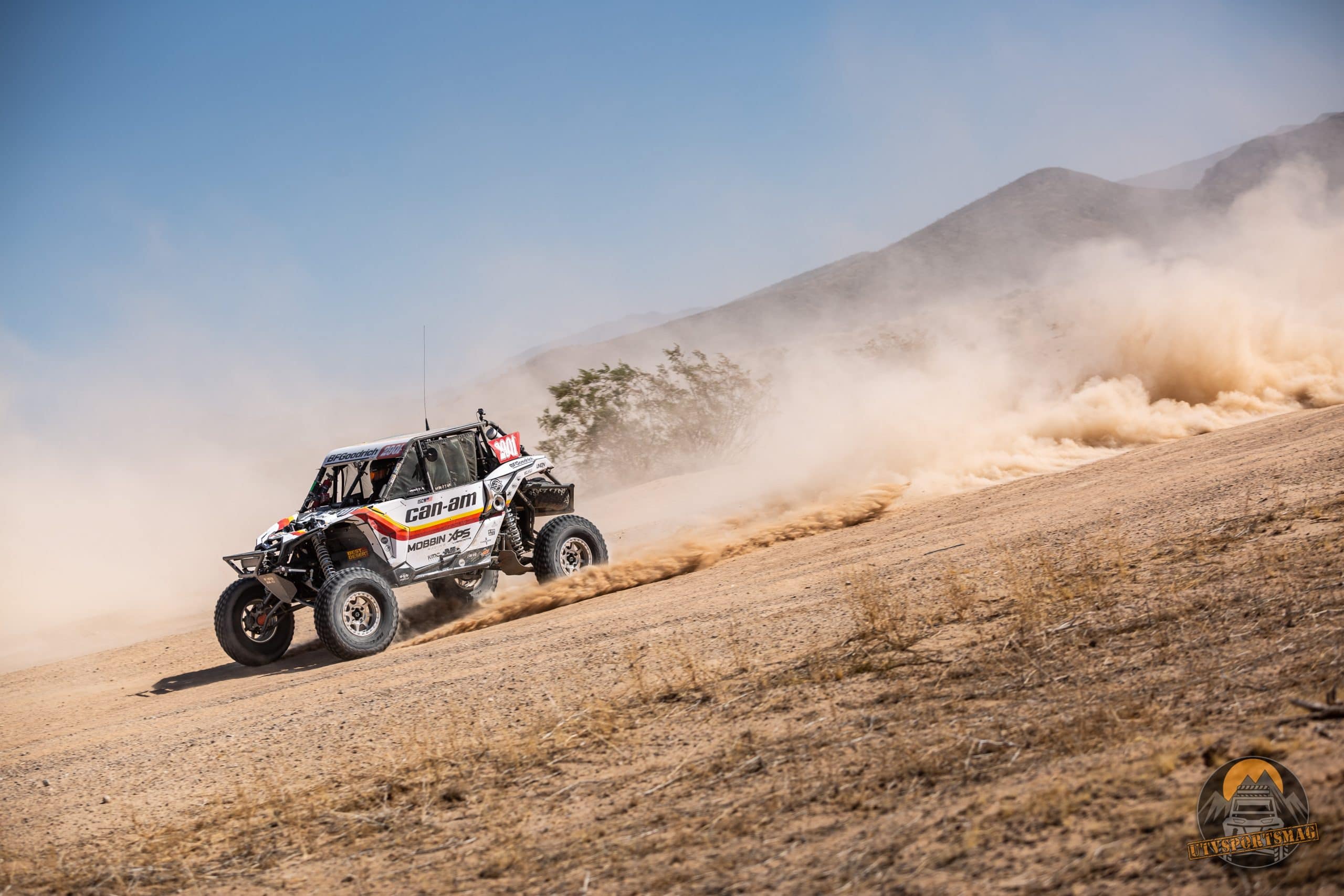 The N/A class was a battle between Wells brothers (each in their own car), Seth Quintero, Dominick Gaglione, and Dodge Poelman. Kaden Wells unofficially got the win with Quintero 2nd, and Gaglione 3rd. The championship battle between Kaden and Seth was extremely tight coming into the double-points paying final round, so we’re anxious to see who in fact wraps up the championship win. 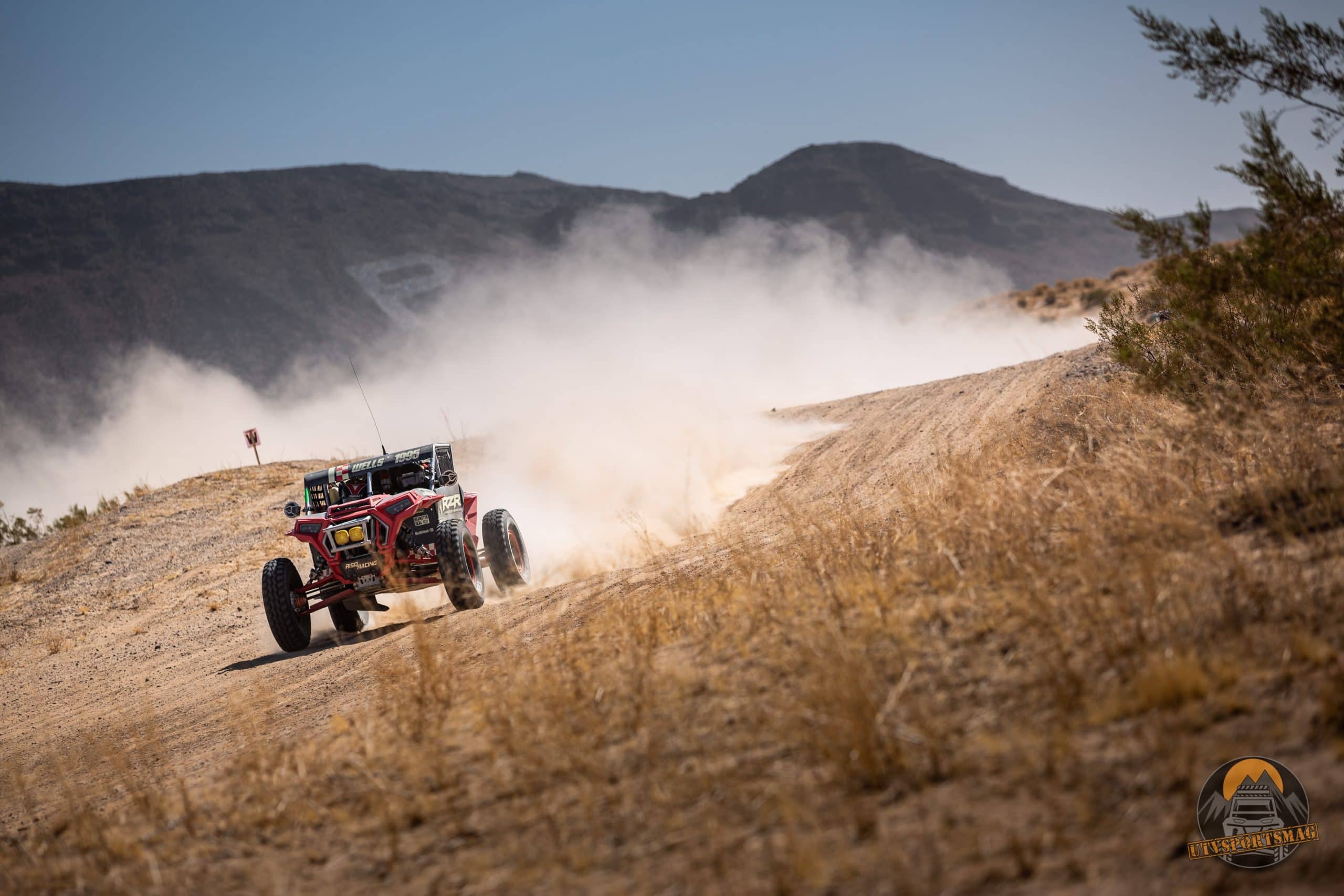 The UTV Rally class had a popular winner; the Blais Brothers, Chris, and Nick. Both are accomplished motorcycle racers. Chris was injured in 2007 while preparing for Vegas to Reno. The result was a spinal cord injury that put him in a wheelchair. Despite the setback, Chris has continued his racing career, and has several wins since competing in UTV’s now. Second place went to Cameron Meister, and third place to James Hill. The mostly stock Rally class has turned into a fun and highly competitive class to race in due to the incredible performance levels attained by UTV manufacturers right off the showroom floor. Chris Blais finished an amazing 28th place overall in the race. 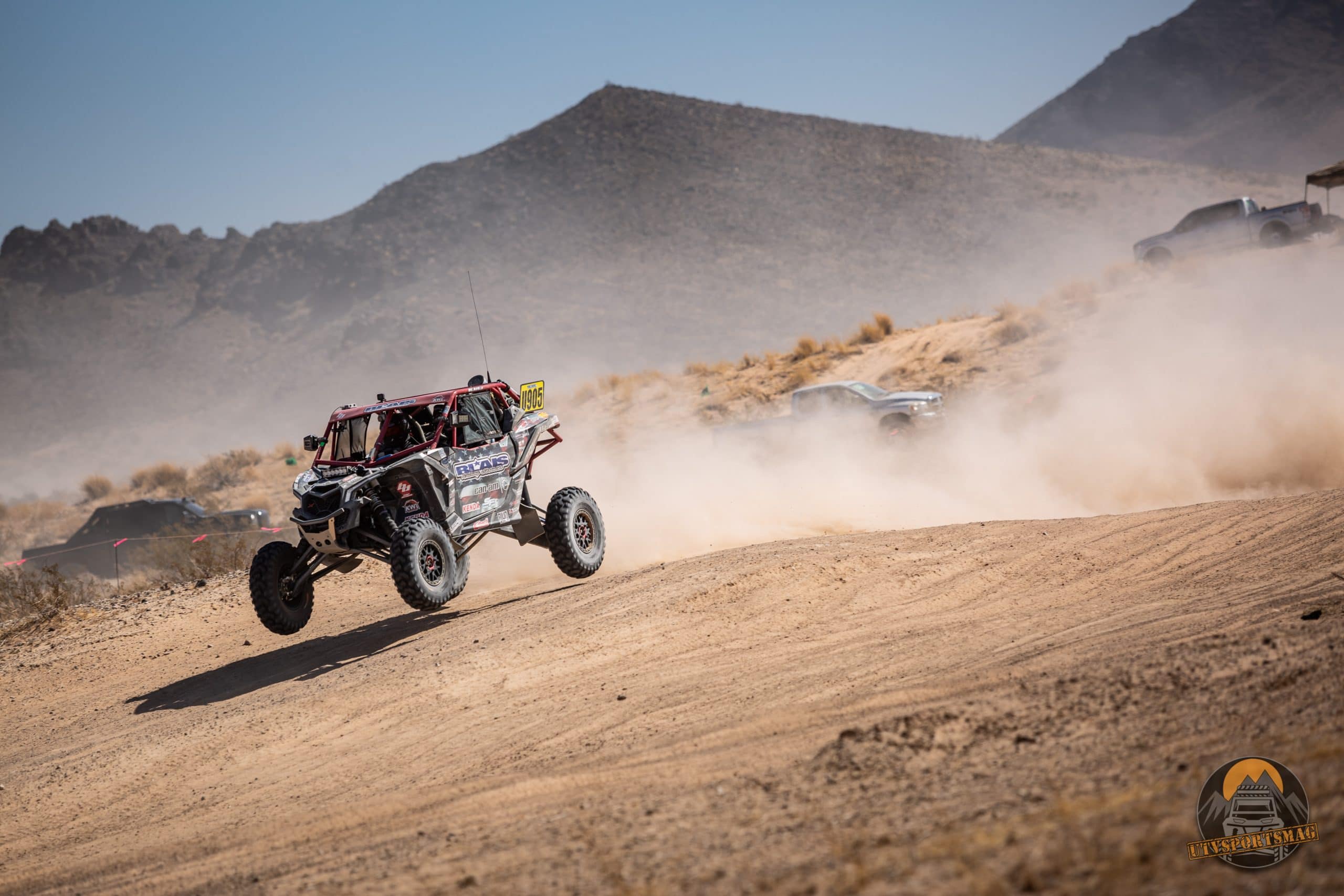 2020 has been a crazy year any way you look at it. The Best in the Desert series has been one of the few places where some semblance of normality could be found. As the entire world looks crazy, it’s nice to be able to carry on with desert racing. Not only was it an incredible year, but 2021 looks to be even more promising! 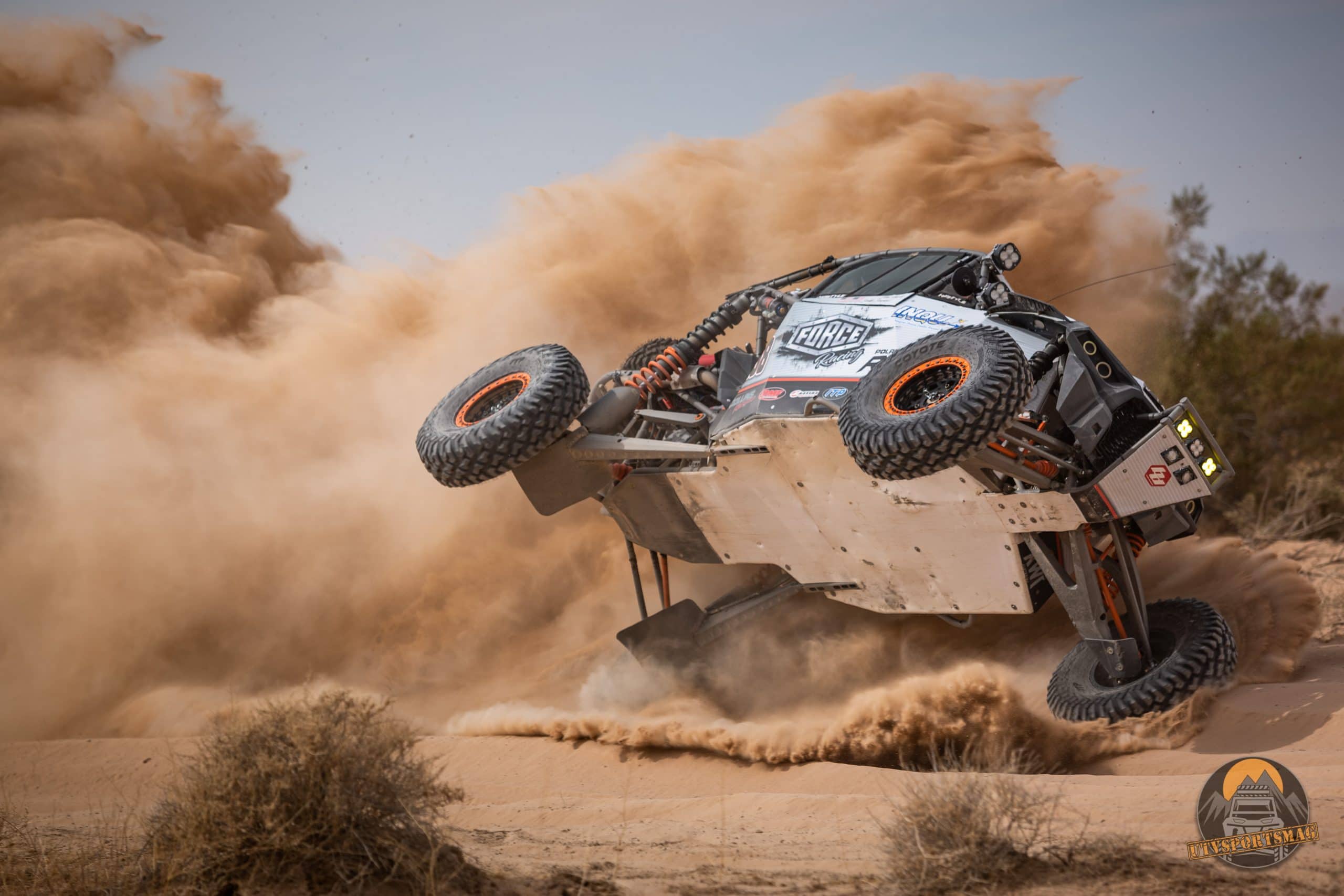