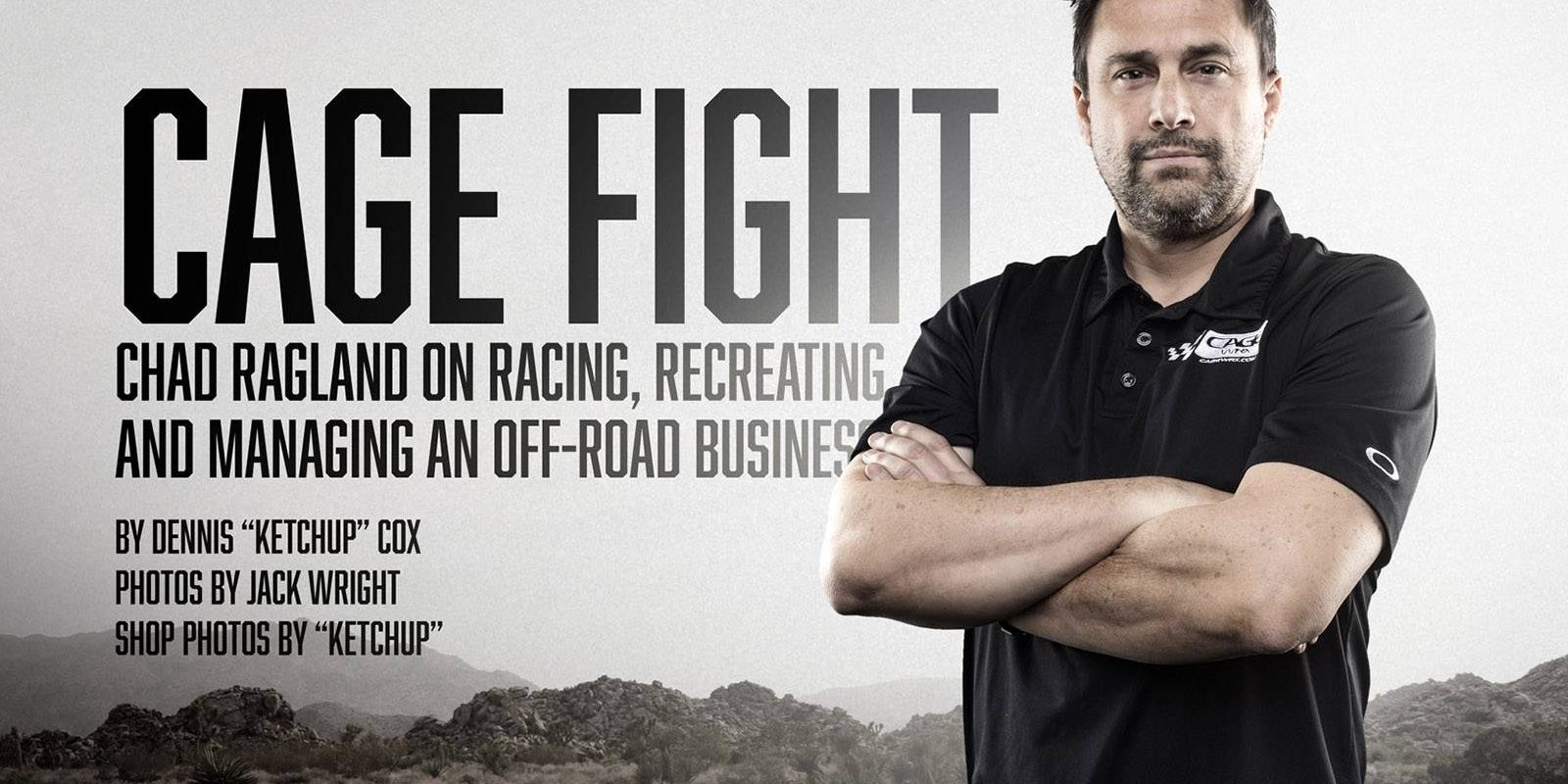 Chad Ragland On Racing, Recreating And Managing An Off-Road Business

Chad Ragland knows a thing or two about Baja, racing and building UTV parts. His father, Off-Road Hall of Fame member Larry “Lightning” Ragland has won the Baja 1000 five times during his long and distinguished career (all through the turbulent 1990s). It was during those early formative years spent in Baja that Chad was exposed to the culture of racing and riding, which has helped shape his views on competition, product support and what it takes to become a success in any endeavor. Chad ultimately became a professional trophy truck driver himself and drove for the Baldwin Motorsports race team from 2010 to 2012, where he also held the job of Race Team manager.

Initially hired as Team Manager for the Baldwin Motorsports race team, Chad soon learned the job requirements were quite different from those of a driver.

“It was my responsibility to build a professional motorsports program from the ground up. From securing lease agreements, hiring employees, to purchasing assets, the success or failure of the team was up to me,” said Chad. “After the completion of our team’s first race, my duties suddenly changed, and I was asked to be a full time professional driver. In my first season, I achieved two top three finishes in the SCORE Trophy Truck class that year.”

Results Count The Most

Chad Ragland expects results. He believes the best way to achieve success is to surround yourself with smart, hard working people. He also believes in working hard and playing hard. Chad is no stranger to competition either. Chad grew up in the world of off-road racing under his father, Larry “Lightning” Ragland who holds five SCORE Baja 1000 overall titles (in addition to other accomplishments). Chad has long competed in BMX, swimming, motorcycle racing, mountain biking and, over the last decade, desert racing.

The majority of Chad’s professional driving career has been centered on the elite Trophy Truck division of both the SCORE International and Best In the Desert (BITD) racing series. Chad’s driving skills have been utilized by high profile racing organizations, such as Baldwin Motorsports and TForce Motorsports. He has also done professional driving for television commercials, as well as vehicle testing and reviews. 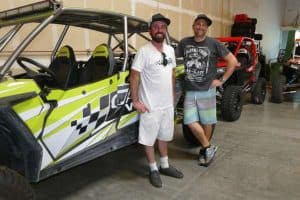 Chad and his business partner, Danny Gormican, have since started CageWrx, a metal fabrication company building quality parts, roll cages, and various other items for the UTV industry. They were kind enough to talk with us recently about the products and direction of their company and their unique slant on racing, safety and the UTV sport in general. 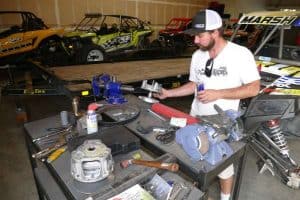 There’s a market for everything. Like we tell all our customers, we want to appeal to everybody out there in the UTV world. We want to offer sensible solutions for the marketplace as we see it. We don’t like to build something just for aesthetics. We’re going to build it so that it’s functional and has a purpose. One of our largest lines of products are the roll cages for the Polaris RZRs and YXZ 1000Rs. We also carry roofs, tire carriers, jacks, sway bar kits, windshields, bumpers and suspension.

Where did you grow up?

I grew up in Arizona and raced BMX, mountain bikes and motorcycles. Then, it was off-road racing for maybe the last 20 years or so. Your dad Larry “Lightning” Ragland must have been a big influence on your life and racing career? Absolutely. My dad ended up not getting into racing motorcycles until he was 30 years old, which sounds late but it wasn’t long before he started to win races. He soon became the Arizona state champ. He then switched over to racing the 4-wheel Unlimited Class, and became one of winningest drivers in the history of off-road racing. He has won the Baja 1000 five times over the course of his career.

So that really did cement your career in off-roading?

I guess so. I was involved in racing from an early age. I went to all the races with my dad. It soon became part of my culture and experience, so naturally I fell in love with it. I had my own career racing Trophy Trucks for a while and managing a race team. I have been involved with racing my entire life, so much so that Danny and I got together and started up CageWrx, which I basically felt was a necessity at the time. My dad and I couldn’t find the parts we wanted for our own UTVs so we went out and built them ourselves. What was out there was expensive and hard to find. There was some good stuff out there, but we knew we could built it better, faster and cheaper than what the market was offering.

What was your “secret” to doing that?

No secret really. We simply came up with CAD drawings that we could duplicate and do mirror copies of and build modular roll cage kits that were stronger and better, in our opinion. All at a competitive price point. Our motto is; It better be safe, it better be well engineered and finally, it should be affordable.

Tell us a little bit more about your company and the products that you offer. Do you exclusively make UTV products? 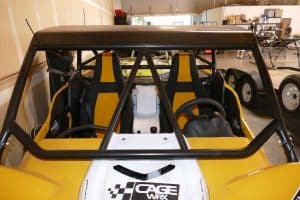 Yes. Including the roll cages, roofs, tire carriers, tire jacks, and our sway bar kits. We also have accessory windshields and do our own bumpers, as well as carry a wide variety of suspension components to fine-tune your machine. My business partner Danny is constantly drawing stuff on the CAD computer all the time. For us, it’s not just coming up with a new concept, but we want to make sure that it’s right for the consumer. Can we provide it at a price that they can afford to pay? Then, can we produce it at levels where we can still make a profit? 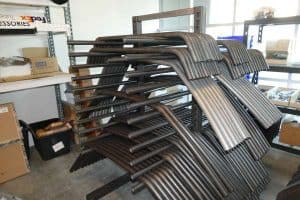 We’re not a custom detail shop. People don’t come in here and bring us their racer and we suddenly deck it out for them. Instead, we want to concentrate on developing our own product lines where people can buy most of what they’re looking for in kit form. Then, install it on their own machine themselves, or have a competent welder or installer do it for them. That’s what we do.

Do you have anything to do with suspension?

Yes we do. We have a full line of suspension products here at CageWrx including sway bar linkage kits, spindles, A-arms, rear trailing arms and rear linkage kits for the RZRs.

Any other specialty items you guys offer?

Sure, we also make Dzus tab fastener kits. You can also get RZR XP 1000 brake pedal extensions kits, which give you more area to apply the brakes.

Thanks for taking the time to talk with us Chad and Danny.