Checking In With Sara Price 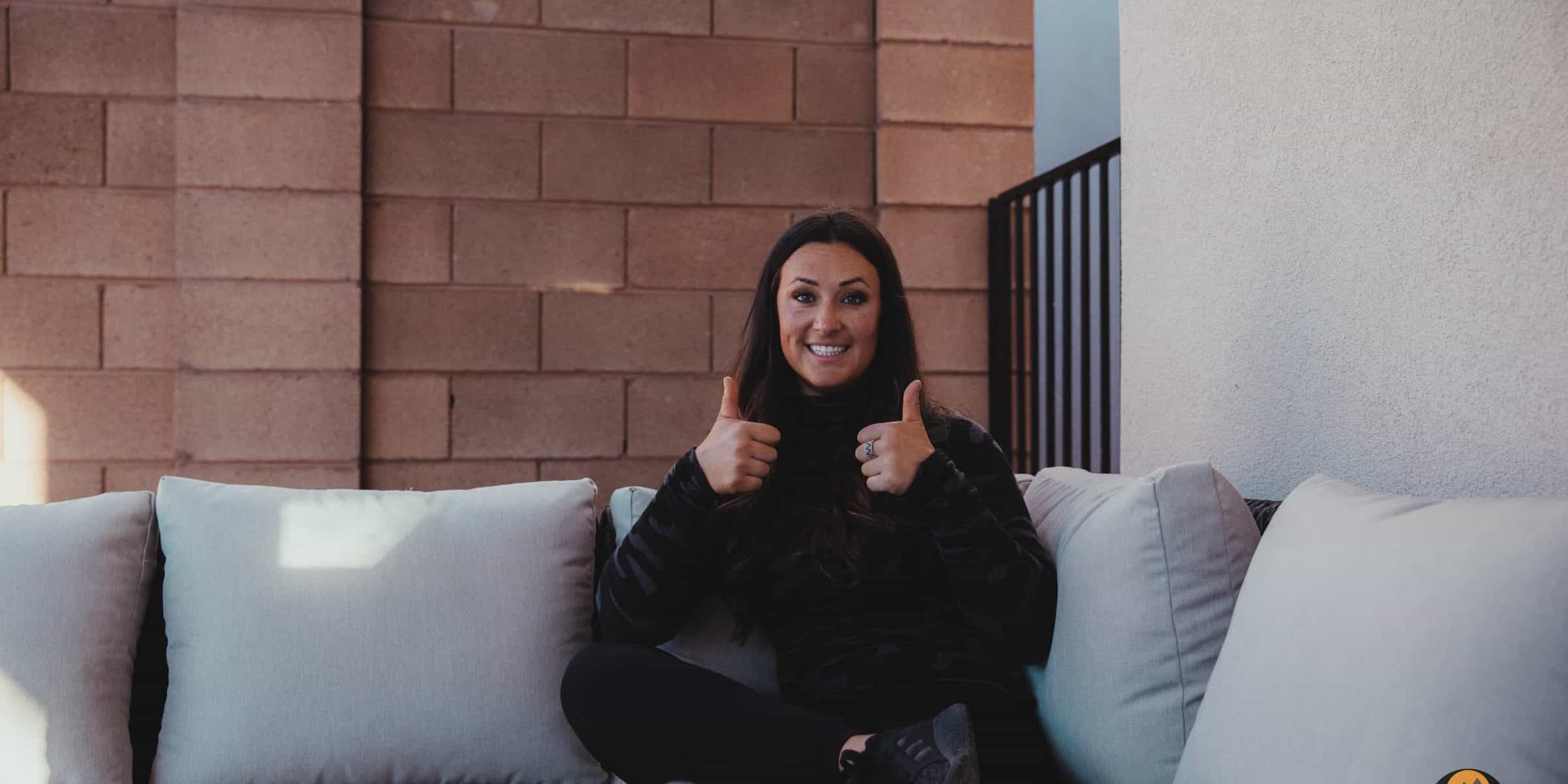 Checking in with Sara Price 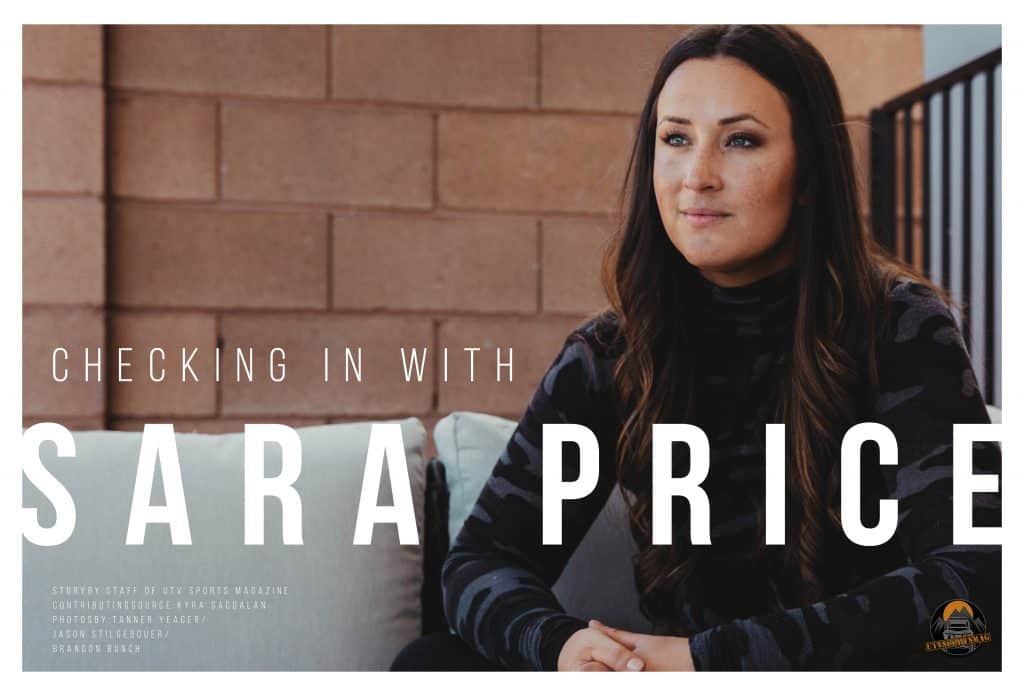 At eight years old, Sara Price was delving into a racing journey that would continue through the next twenty years. By sixteen, Price was racing professionally for Monster Energy Kawasaki and would go on to win a medal at the X-Games, among other accomplishments. But as sponsorship money dwindled and the X-Games ceased its Moto X program for females, Price decided to transition from two-wheels to four. This brought about UTV Sports Magazine’s first encounter with Sara back in 2016, during which she was prepping for King of the Hammers. She has since gained traction and began making large strides in her four-wheel racing career, hitting milestone after milestone in multiple off-road disciplines. Price’s rapid development in four-wheeled vehicles did not go unnoticed, in fact, it was more of a floodlight.

After gaining the attention of accomplished racer and Stadium Super Truck (SST) Series founder Robby Gordon, he tried to find sponsors/funding to give Price a free seat behind the wheel to race in the SST Series. Though they could never find funding, Sara wasn’t going to let this opportunity go to waste. Her next move was incredibly ambitious, unbeknownst to her, and it was a daring leap that beelined her career. Sara spent every penny she had in 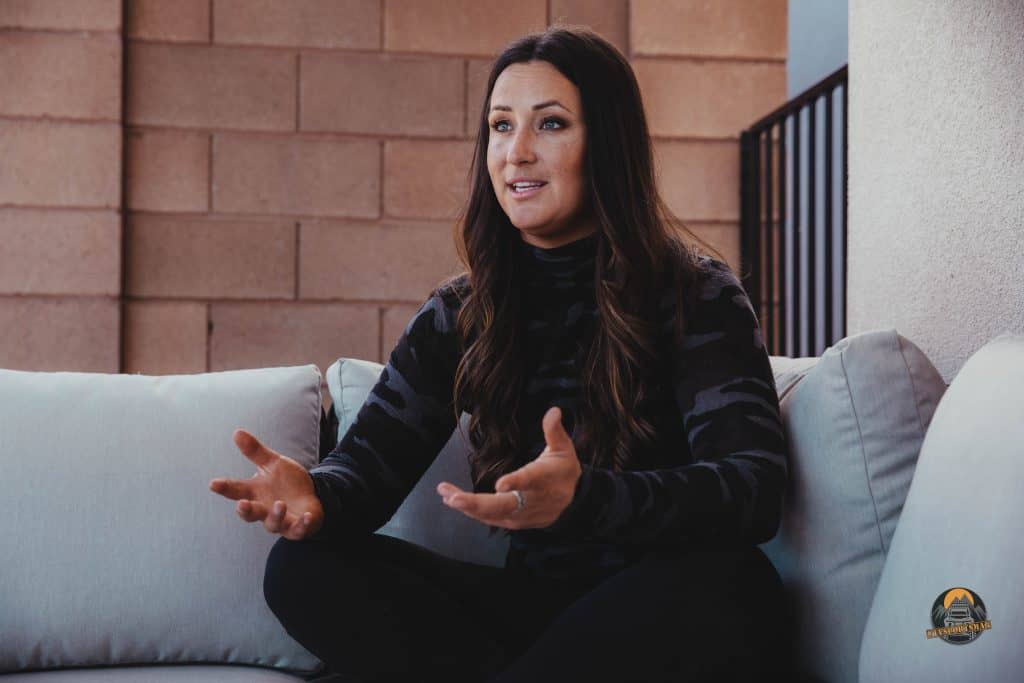 her savings just for the chance to find out what it would be like getting into one of those trucks.

She absolutely took advantage of the opportunity, doing very well in her first race—even leading some laps on the way to the finish. Then, one thing led to another and she found herself flying out to Australia the day after that first race. There she was picked up by another team and continued to race stadium trucks. Because of this skillful showing in SST, Price ended up getting a phone call from Clyde Stacey of RPM Offroad who wanted her to race one of their off-road trucks…

Sara: “To get a call from one of the top teams in off-road racing… it doesn’t get any better than that. I was on cloud nine. Not only am I racing stadium trucks, but now I get to race a spec trophy truck? Of course, I’ll take that opportunity! When I first moved into the spec-truck, it was so different than anything I’d ever driven.

I’m used to a very light-weight 4WD RZR, so when I had to go to a 2WD BIG truck that’s thousands of pounds heavier, I learned very quickly you have to be thinking well ahead of it. You can’t stop as fast when coming into corners—you have a lot of mass in motion. But even with all that horsepower, you can’t get up and go as fast either. Then you have to learn to steer with the rear of the truck, using the throttle to rotate through the corners, and you also want to keep your truck alive.

Being surrounded by champions and everyone on our team, it was definitely a fast track to getting myself into a competitive pace because I could ask the right people questions and see what they did to do the same. One of the biggest things was trying to figure out what the right speed was. I came from a UTV where I was racing short course, rock crawling and desert racing, but I never really fully immersed myself into desert racing until I got into the trucks, and that’s when I had the big learning curve ahead of me. So 2017 was the first year I got to dabble in what was too fast, too slow, and what the winning pace is while racing Best in the Desert. Then in 2018, we went full SCORE BAJA.” 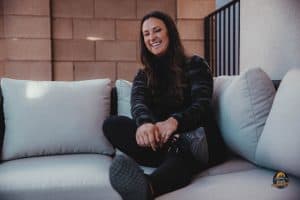 During those two years and even up until currently, Sara has continued to appear in SST on occasion, even completing a full season. All the while, adjusting back and forth between the trophy truck and her RZR. Jumping from vehicle to vehicle is a little bit like riding a bike for Price. She never forgets, but she knows there are quirks for each one and needs to remember which switch in her head to turn on as she switches to the next vehicle. There’s an art to both, and though trophy trucks are absolutely incredible machines, Sara still spends most of her time in the seat of her RZR as they are more versatile.

Sara: “Honestly, I’m in the RZR eighty to ninety percent of the time, I get to race trucks ten. I don’t get to drive the trucks for practice. I don’t actually do any pre-running in the trucks. We do all of our pre-running in the RZRs. I go out with my friends in them. I go with my Dad out to the dunes in them. So I’m surrounded by them and I’m constantly in a RZR. Whenever you see me racing a truck, I was in a RZR just before that pre-running. I still live the Polaris life and no matter what, I’m always going to have them and all my friends do too. You can just get in and go and I can’t do that with anything else I’ve driven or raced. That’s what makes UTVs so awesome.”

In 2019 came the big accomplishment of the 6100 Trophy Truck Spec class championship. The goal was to Ironwoman the entire series. The year prior, Price was hindered from getting into the championship because of mechanical issues but wasn’t going to allow things to go that way again. Sara and her team did their homework and a little bit  ton of pre-running. Doing so earned them a second place finish at every single race of the SCORE trophy truck spec class championship in 2019, including the Baja 1000 where Sara never left the driver’s seat…

Sara: “We definitely were the ones to beat. Once I put my mind to something there’s no stopping me. If I would’ve got out of that truck during that race, there would be no sleeping, and no resting. I would be like where’s the truck? What’s going on? I need to know everything. So I basically just saved my team from all that headache of dealing with me, and just stayed in the truck. I drove an incredibly smart race, I was on pace, I made one mistake in the beginning and that was really it. I’m so blown out of my mind by the fact that out of 19 and a half hours in that truck straight I only had one mistake.”

Following her string of new challenges, the next on the list was rally racing. The circuit racing and rock crawling Sara was accustomed to were beastly in their own rights, but cross country rally racing was a whole different animal to take on. There are no course markings, and the only way to find your way to the finish line of each stage is via a roadbook… Which is just a cryptic looking scroll of paper that is given to competitors the night prior. Price was starting as the uninitiated yet again, but, with the help of seasoned rally racer and navigator, Kellon Walch, Price would go on to earn a second-place finish in the UTV class at the 2020 Yokohama Sonora Rally. 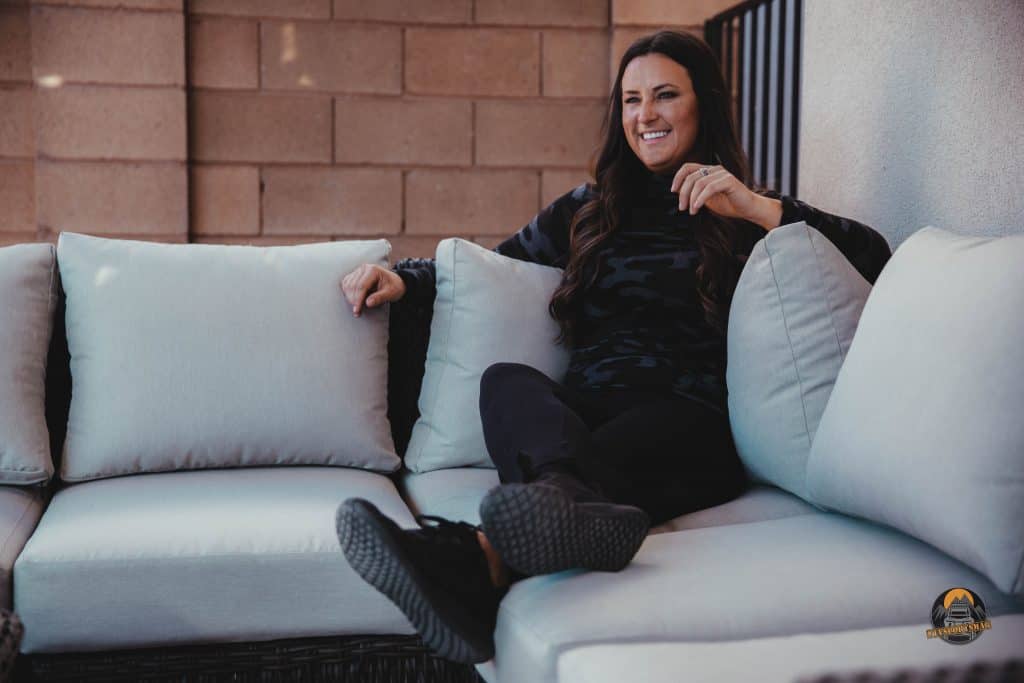 Sara: “Honestly, we were walking into this rally completely blind. My biggest concern would have to be just making a mistake because I didn’t understand the way it was all structured and how it all worked—good thing I had Kellon. He pretty much taught us everything, our whole team, not just me, so it was a lot of learning for us.

We had a lot of new things that were coming at us that we didn’t understand. For example, just the terminology in the words they use in the rally world. Then, there’s the responsibility, emotions, strategy, and preparation. It’s a lot more punctual, meaning you need to be patient and know your time, have your card out ready to clock in from a stage and when you finish and know how long you have in between.. Then add in speed zones and the navigation factor of having to watch your heading, and also focus on keeping the car together and picking good lines.

It was great to know that in a near bone stock RZR Turbo S we could be so competitive. We did make the necessary safety changes like a CageWRX cage, Impact seats and harnesses. Also the almost mandatory upgrades like swapping the fluids to VP Lubricates, Super ATV Axles, Raceline Beadlocks and BFGoodrich Tires, and a Rugged Radios Intercom to talk to Kellon. That was all this RZR had.

was a challenge physically, and definitely more so mentally, but this style of racing is so rewarding. It’s so great because it’s not just about being fast, there are a lot of brains needed and strategic thinking that needs to be done to be successful, and that’s what makes it so complex.”

Diving into this new racing style has left Price hungry and with big plans, with DAKAR being one of the big goals for the future. The race has been on Sara’s agenda ever since 2015, however the pieces haven’t fallen into place just yet. But as she’s shown in the past Sara won’t just wait for doors to open, she will forge her own path to get there. 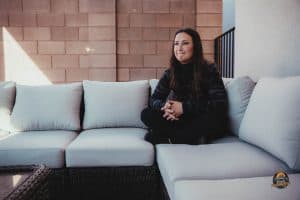 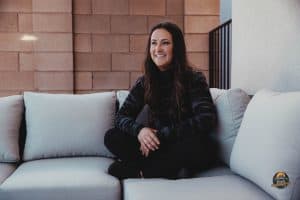 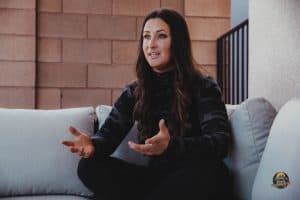