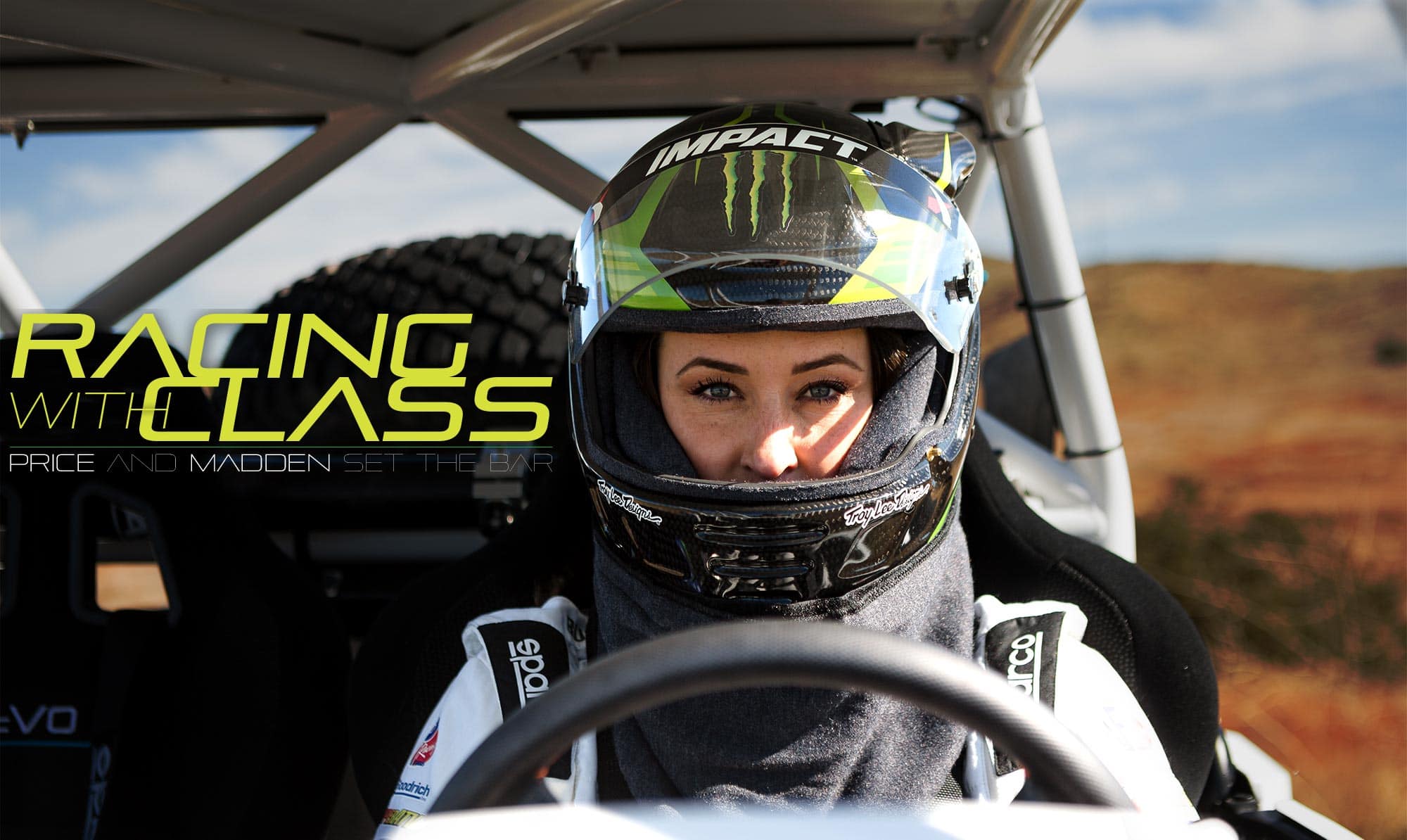 King of the Hammers is known as the toughest off-road race in North America. Drivers from around every part of the world come to Johnson Valley to test their mettle and skill to cross the finish line. X Games medalist and Stadium Super Truck driver Sara Price is one of those drivers.

Price raced King of Hammers for the first time in 2016, racing her 800cc Kawasaki Teryx against a field of 1000cc vehicles, driving a similar vehicle they had just used to compete in Rally Aïcha Des Africa Gazelle in Morocco months earlier. 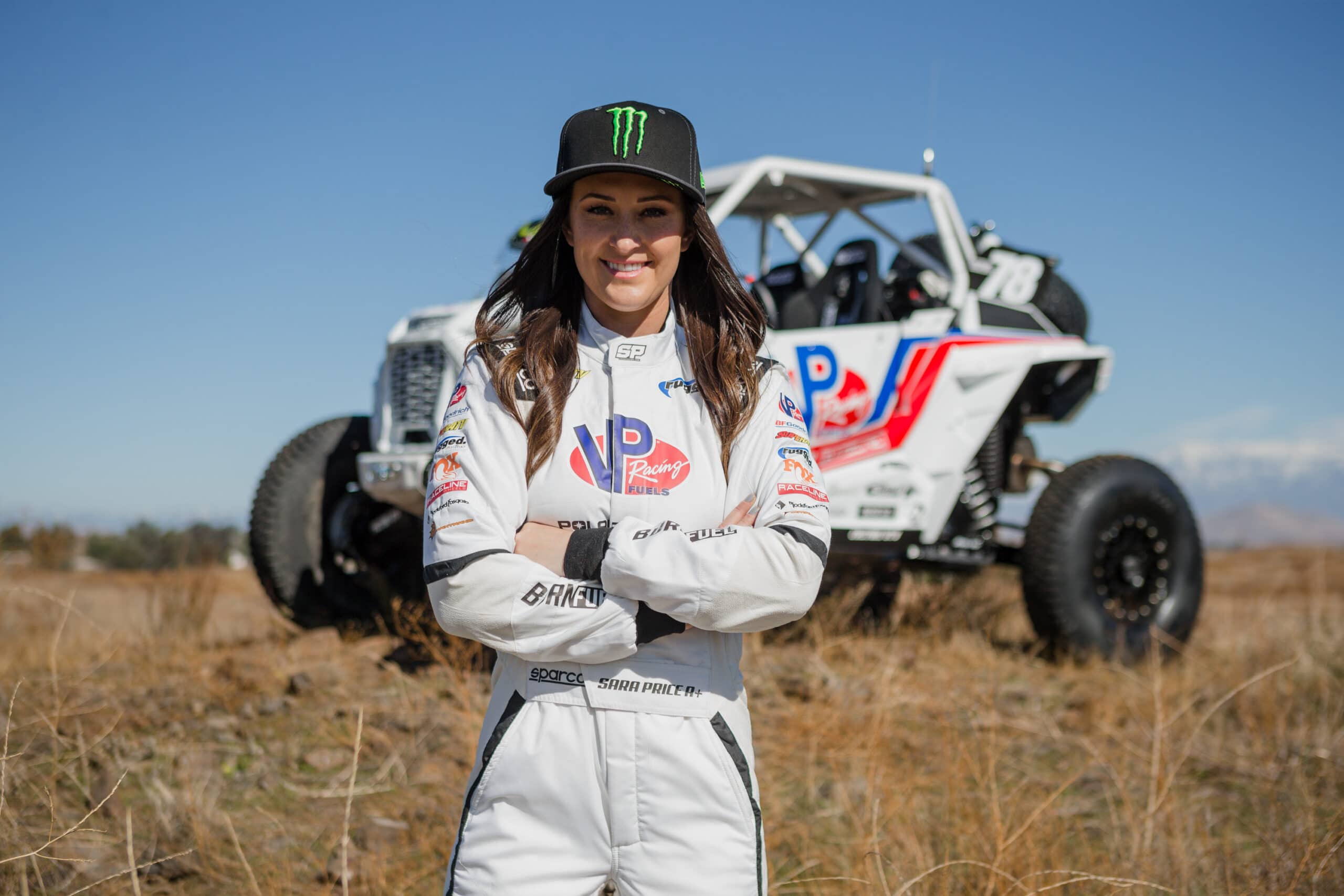 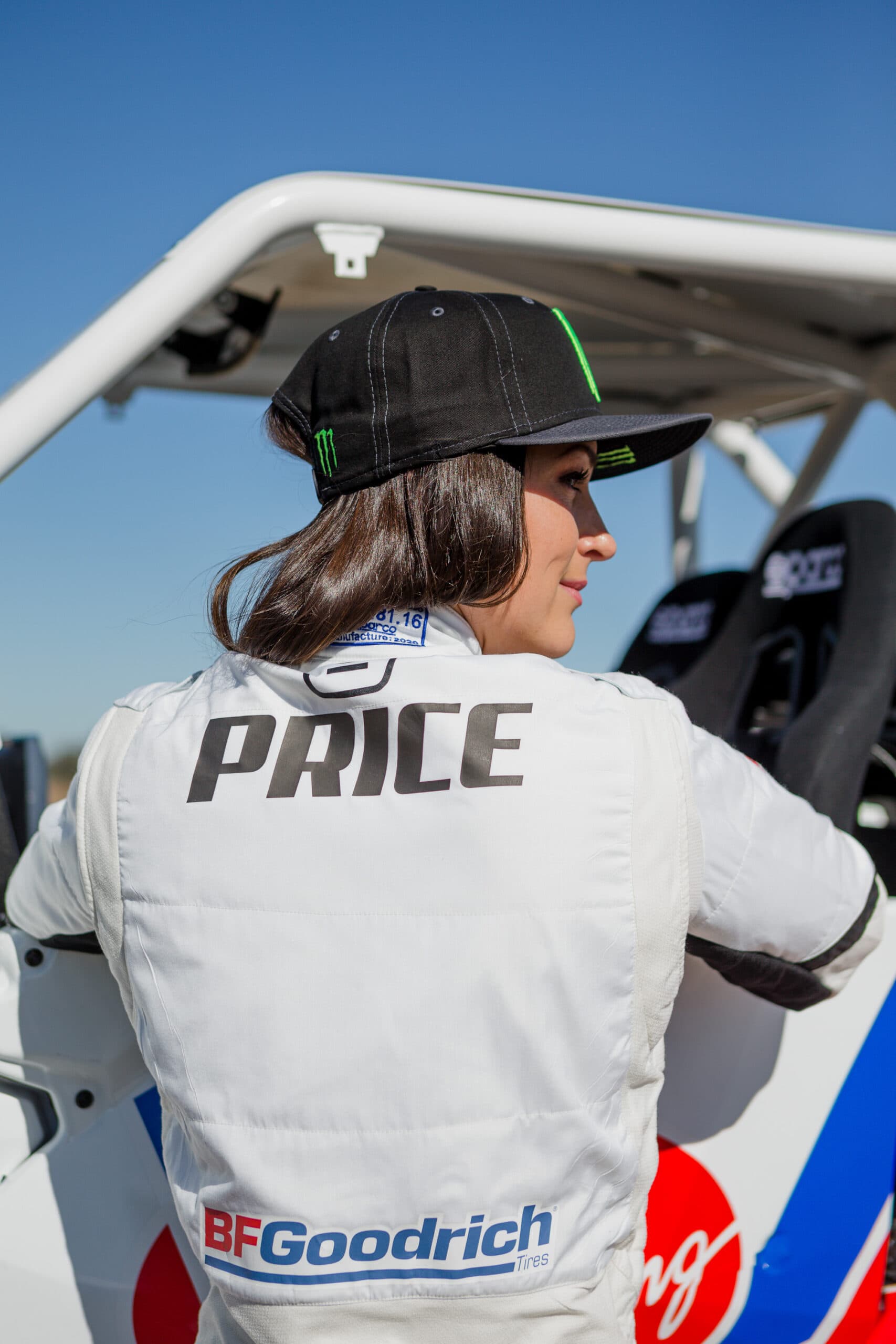 During her first race, Sara had charged up to fifth place after the rocks section, but as several drivers will attest, the King of Hammers will beat you down. It wasn’t until later that race, Sara found herself unable to finish due to a mechanical failure.

Using that DNF as fuel, Sara would return the next year in 2017, finishing in the top 20, and has returned every year since. This year, Sara returned to battle it out with 113 other racers in one of the most grueling courses to date.

Going into KOH this year, the odds were stacked against Sara, but she had the past to motivate her. To be successful, Sara knew she would have to build the right car to make it up and through some of the most difficult terrain the course had to offer. 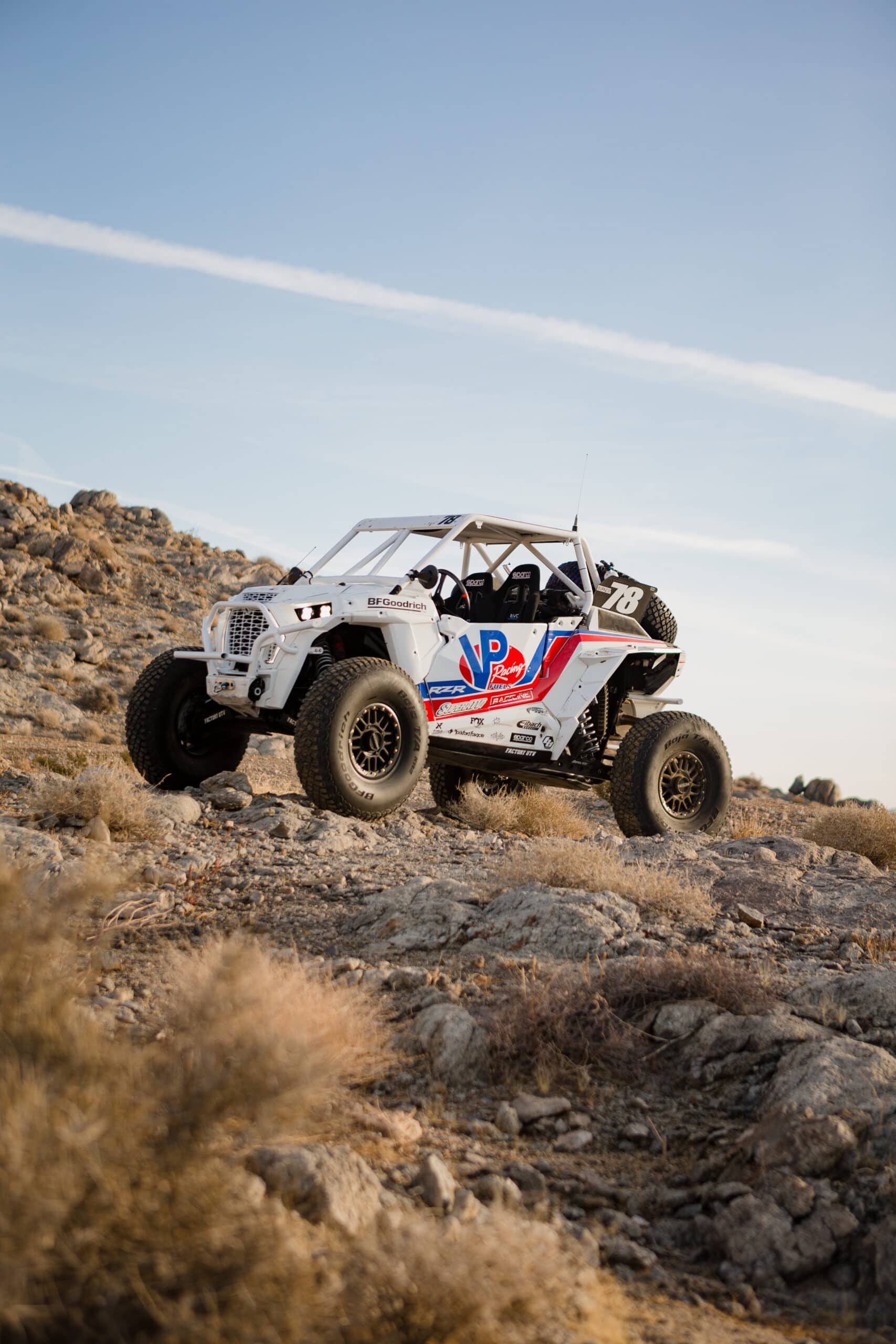 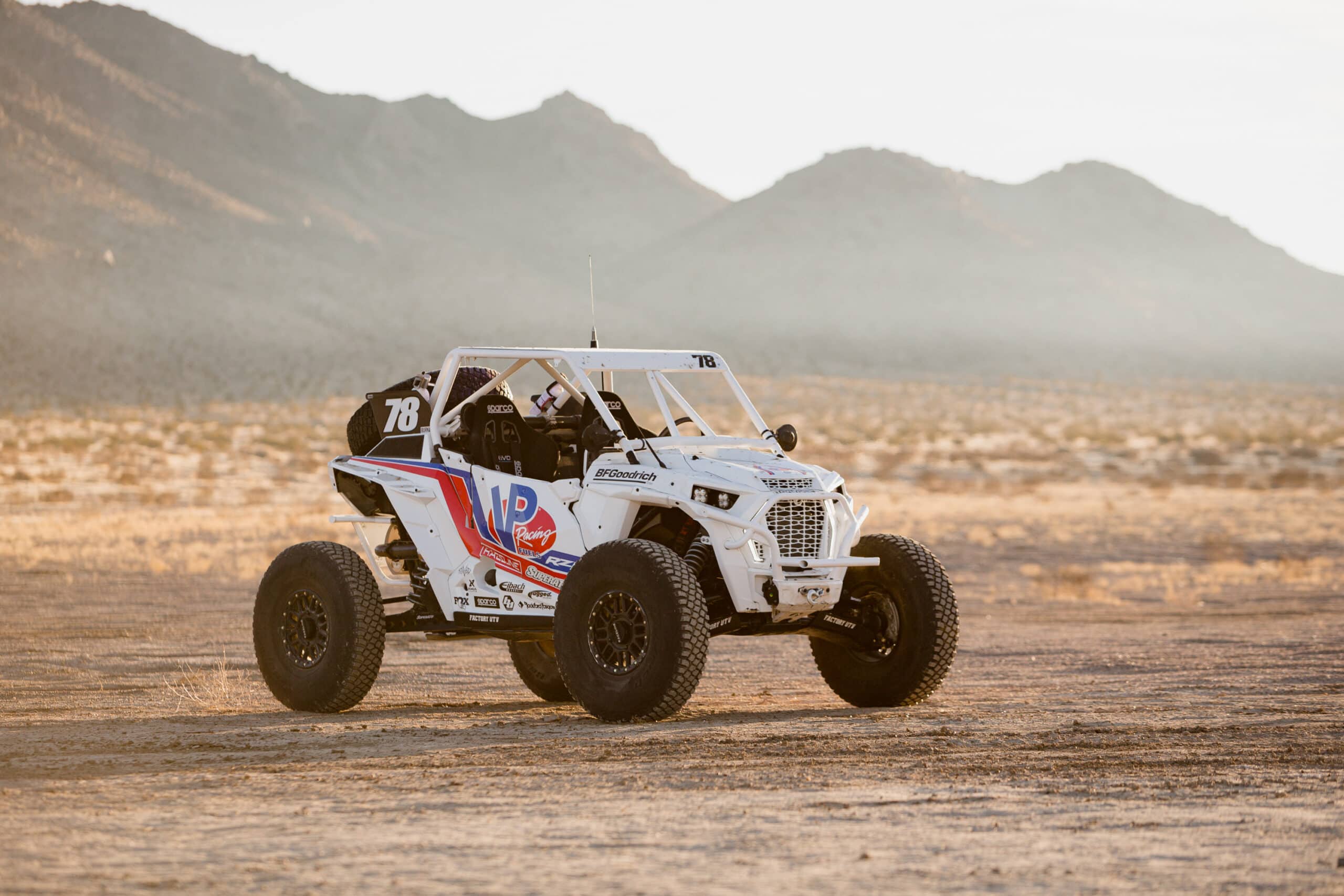 Along with her team, Sara built a 2020 Polaris RZR Turbo S that remained moderately stock besides upgraded Super ATV axles and suspension. The reinforced suspension and axles were crucial components to get her car to the finish line; both were the Achilles heel of her race the previous year.

With the car built up and fully capable of attacking the race course, Sara needed a solid team behind her. One of those recruits was Terry Madden as a co-driver, a King of Hammers veteran. Terry has co-driven for some of the best drivers in Ultra 4 and may know the trails as well as the infamous Dave Cole does. With Terry at Sara’s side, it was a sure recipe for success. 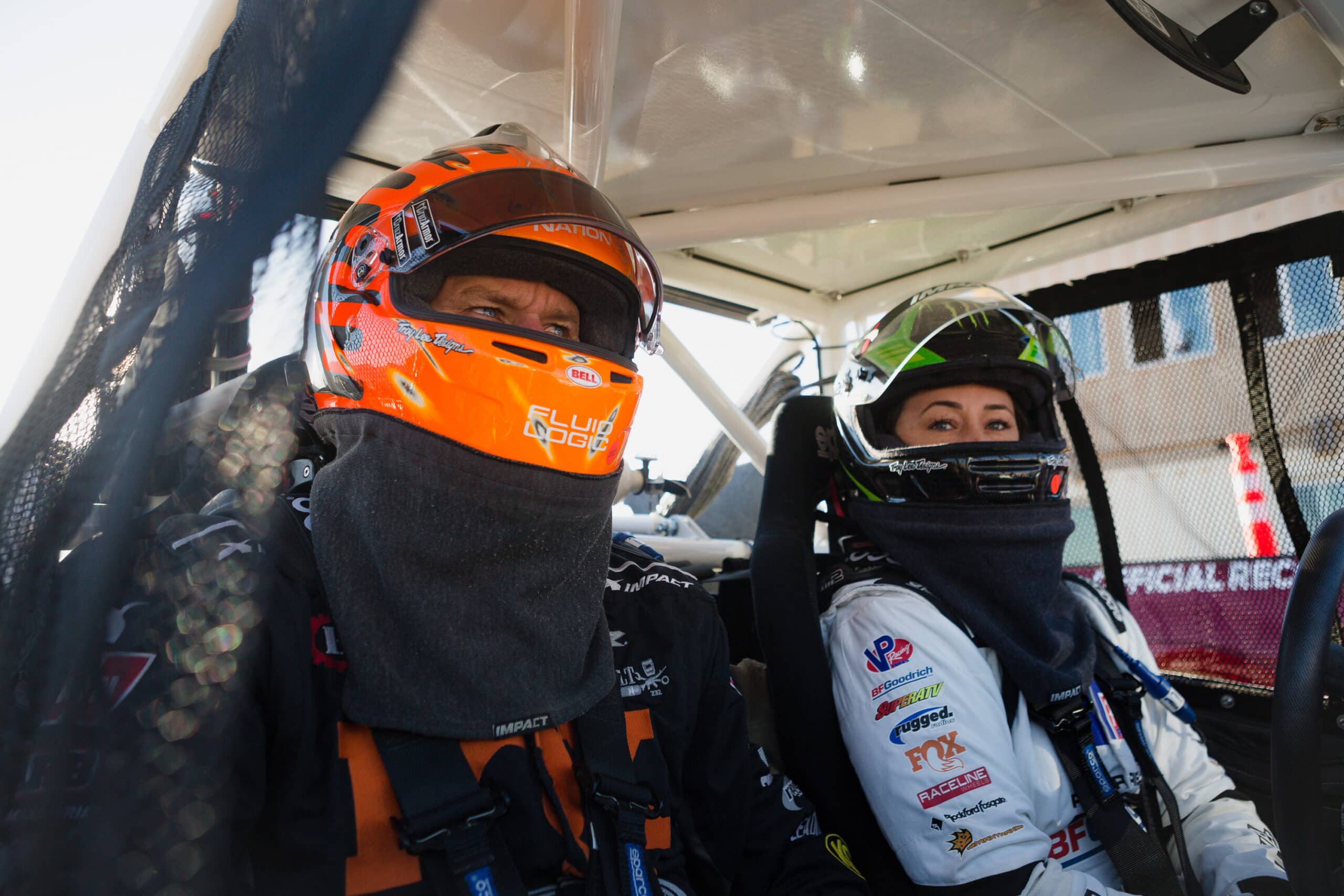 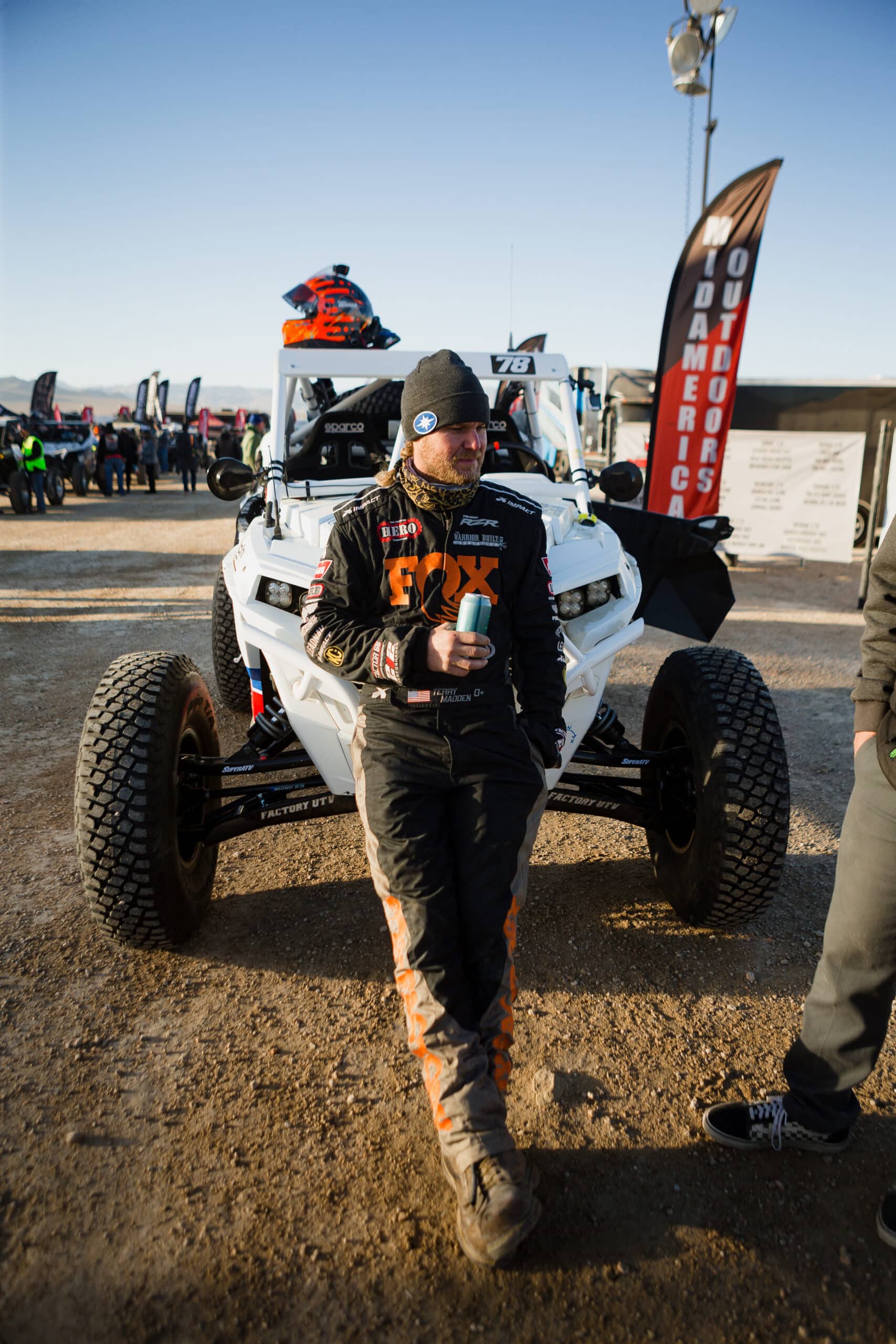 Come race day, they would start 27th and make their way into the desert battling it out in the top 10 before getting to the rocks. Everything was going great in the rock sections, that was until they reached Jack Hammer, one of the most challenging parts of the course. Out of the entire race, only three cars went up without having to winch. Sara and Terry choose to take the high line but that choice came with consequences.

They broke a spindle and got a flat. 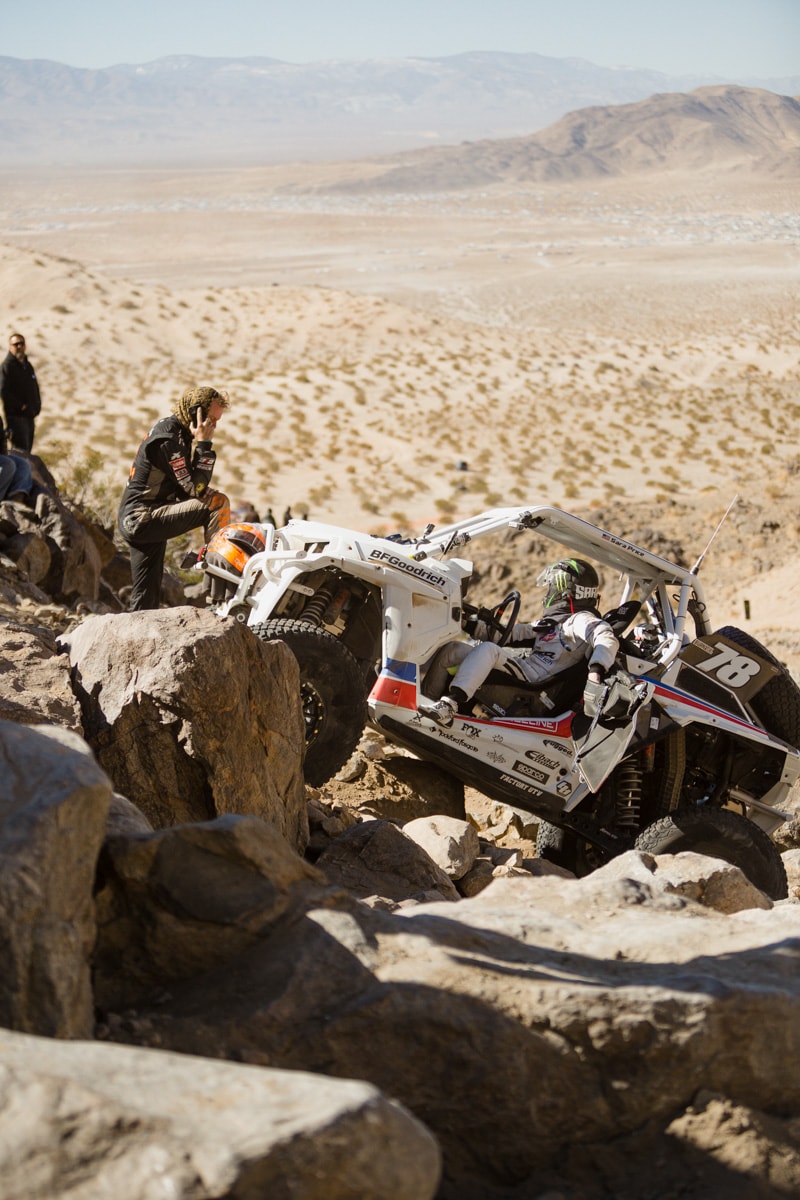 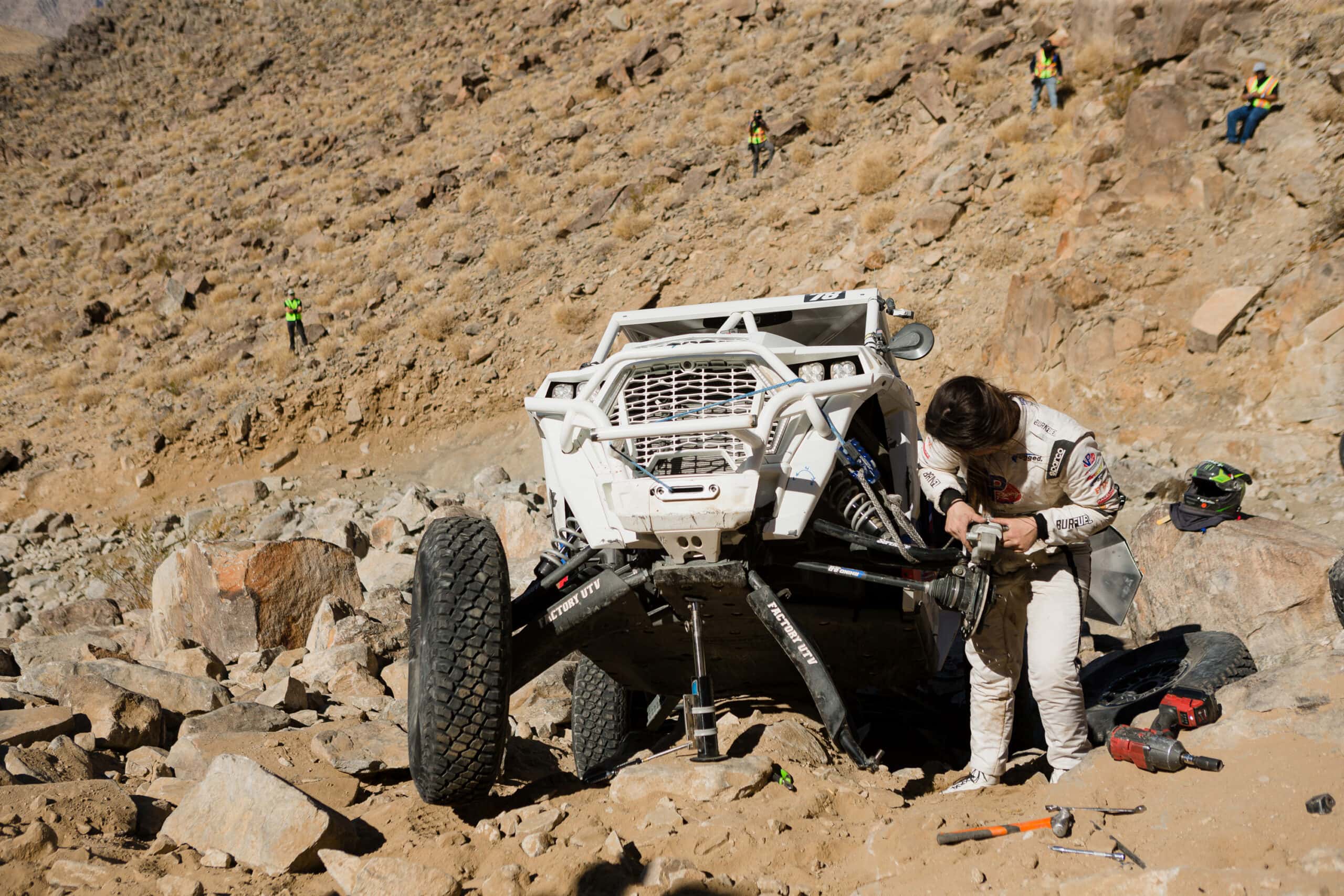 Still sitting in the top 10, with no spare spindle, they were down and out of the race until they could get extra parts to them.

Even while Sara and Terry worked on the car, the two race veterans would stop their work and help other drivers and fellow competitors get through that section.

Even when Casey Currie broke an axle right next to them, both Sara and Terry hopped in to help them make repairs for them to continue on their race. Seeing them in action, you would think everyone was their teammate. It was an act of true sportsmanship. 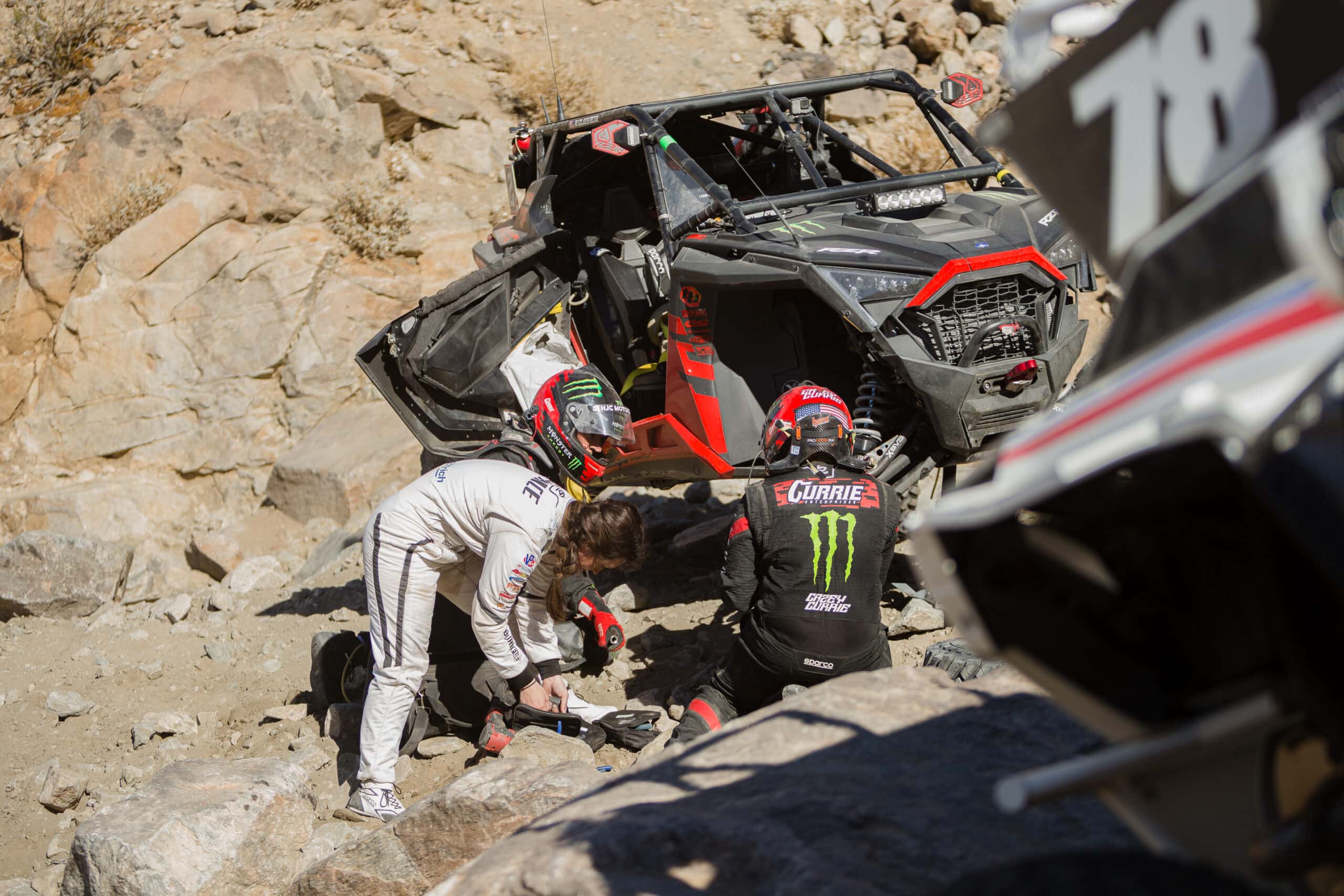 As hours went by, they continued to help more and more racers as spotters or helping them winch up obstacles.

Their selfless acts did not go unnoticed. Not knowing when their spare part would arrive, all they could do is wait.

Nearby, driver Marco Gomez broke an axle and his steering, ending his race. His brother, JP Gomez had also broken an axle just right behind him. Knowing he was done for the day, Marco sacrificed his car to give Sara a spindle, and Sara gave one of her spare axles to JP.

Once the repairs were made and few more obstacles to winch up, Sara and Terry were back in the race! 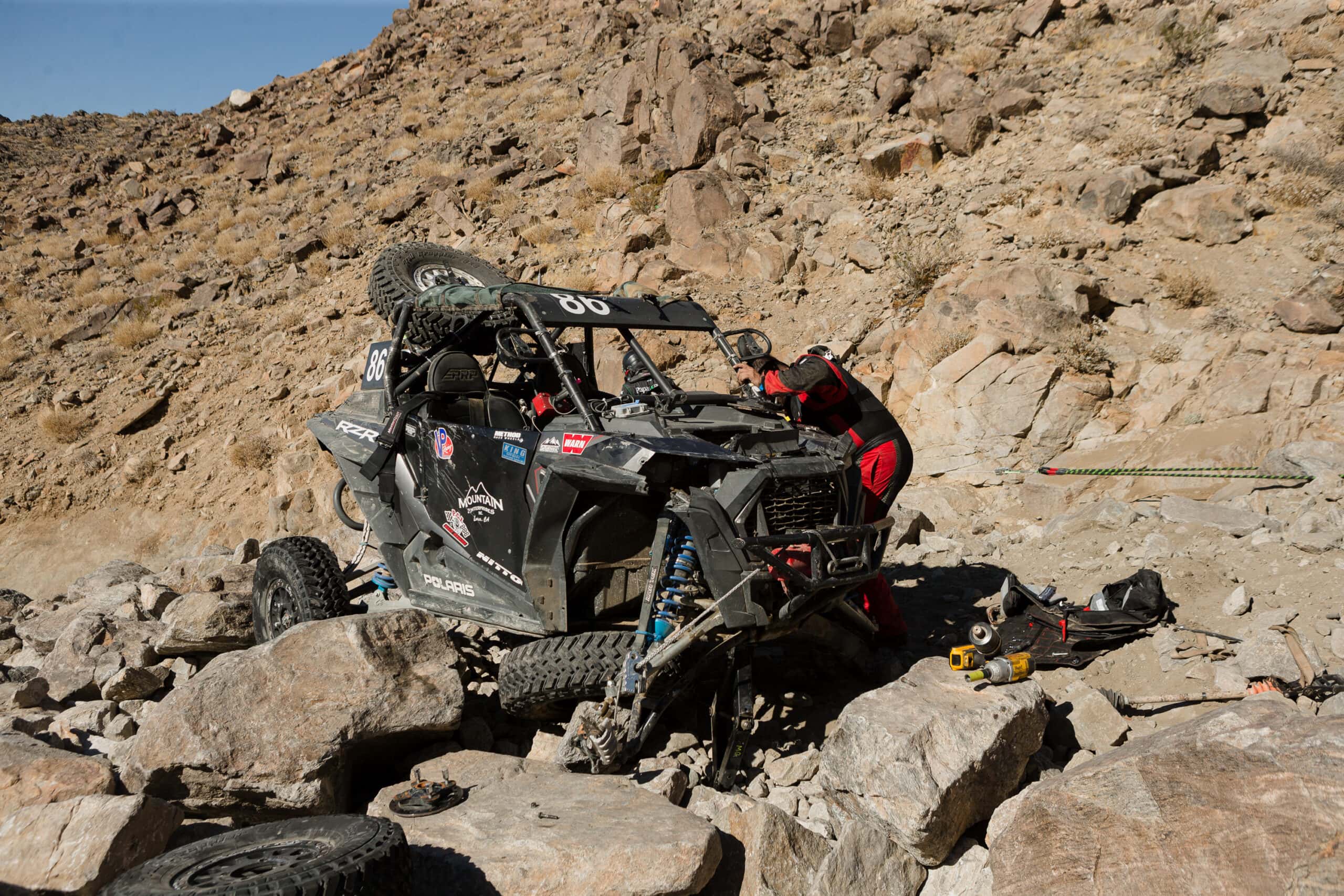 They had overcome one of the hardest challenges they would have to face at King of Hammers.

Their selfless acts showed their true sportsmanship throughout the race. While the two had their sights set on a first place finish, they would cross the line in 30th.

Despite not winning, it is a victory in itself just to finish the grueling race. 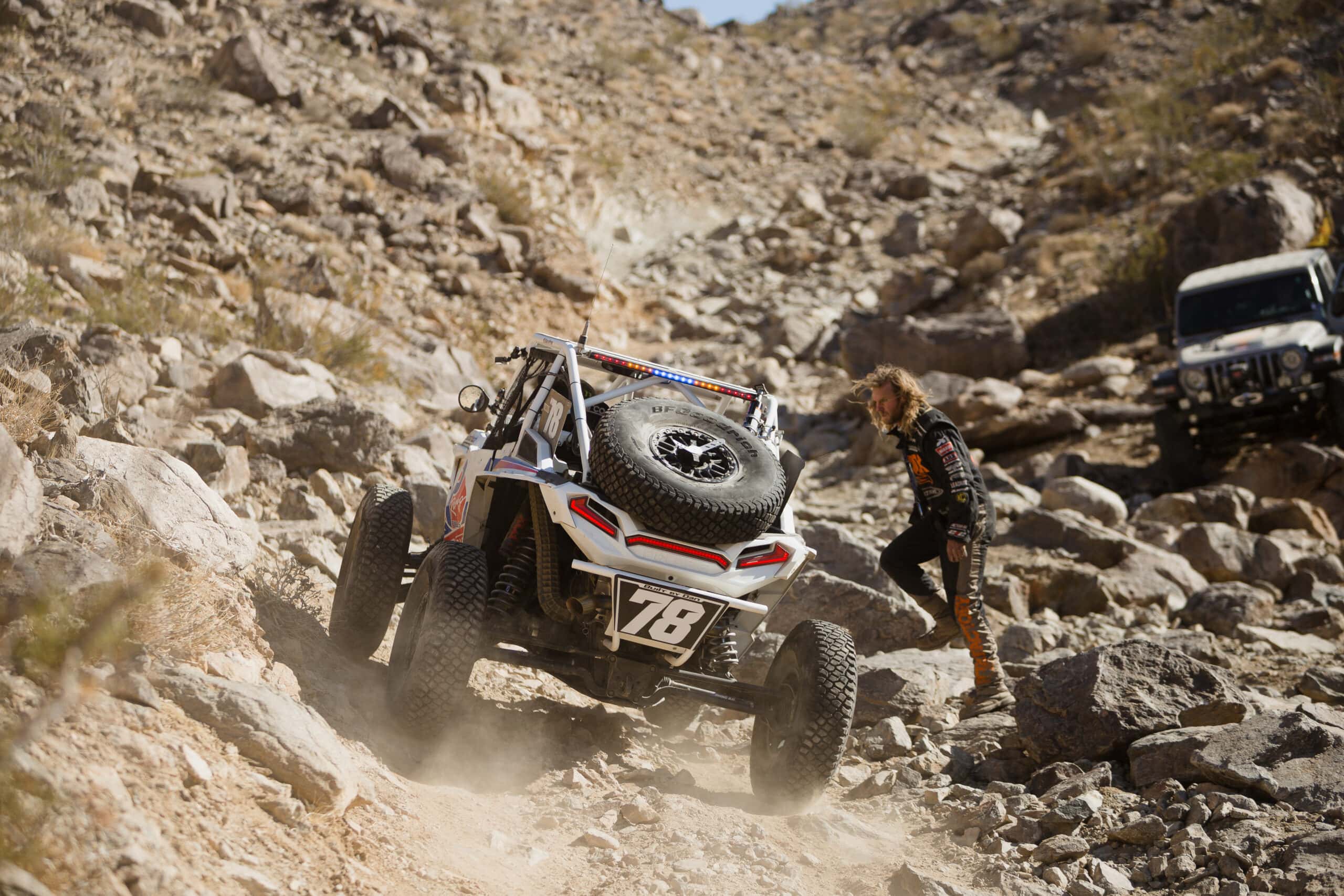 Sara Price showed she has the spirit of a true racer who doesn’t just care about herself, but cares about helping others and doing whatever it takes to get to the finish line.

Their sportsmanship this year will continue to set an example for years to come, and Sara will return next year to race yet again.