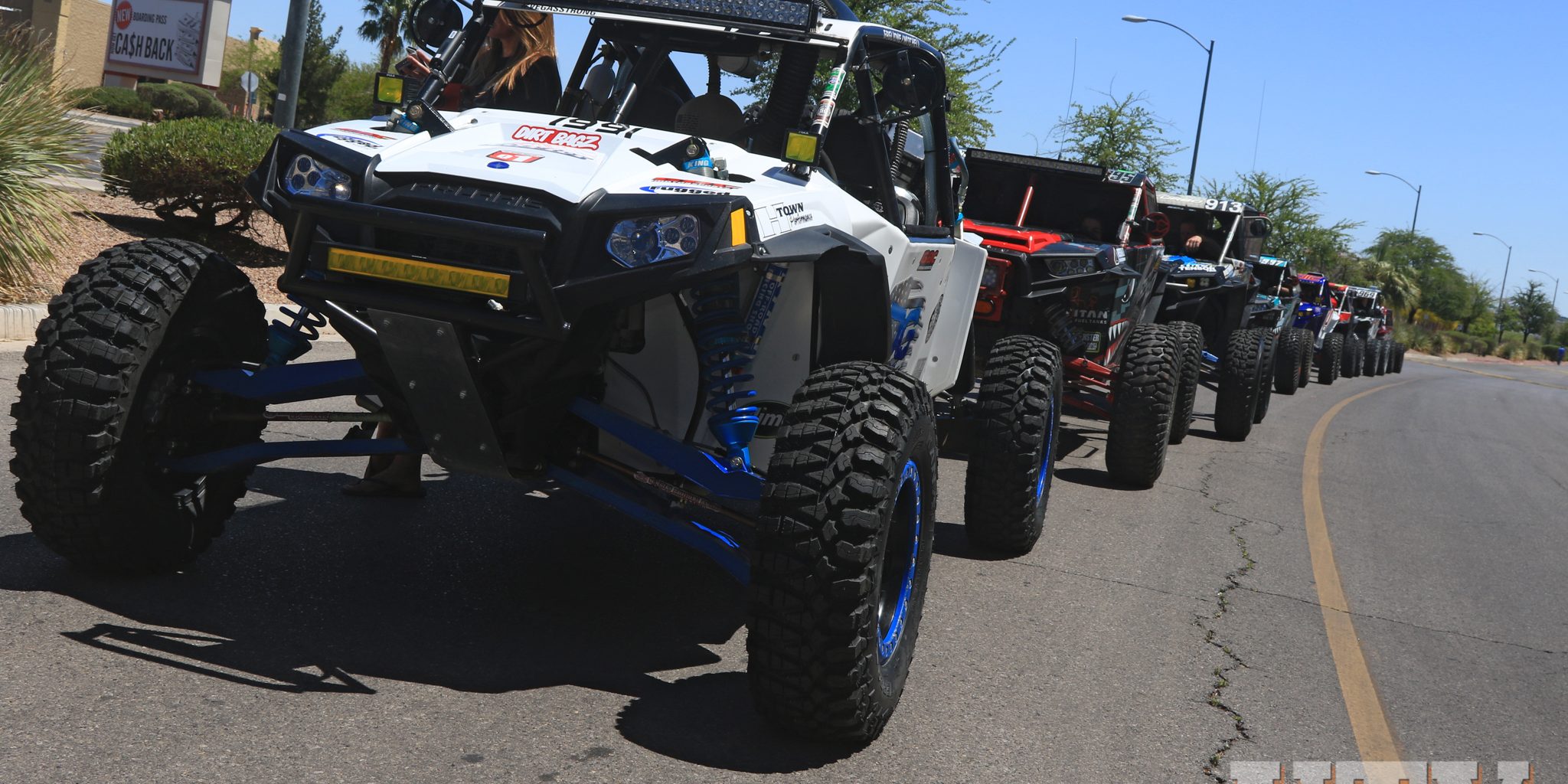 Gastel Is Golden At Silver State 300

If you were to sit down and design an offroad racing course that contained every bit of challenging terrain you could think of, it would probably look like the Best in the Desert series, Silver State 300. The Silver State course has fast, smooth graded roads, tight, twisty, tree-lined mountain trails, long silt bed sections, and even a few water crossings. When you throw in the dust, and some ornery free range cattle, you have the makings of an epic race. The capabilities and versatility of the UTV platform really shined in all the varied conditions.

The twisty, tree lined sections through the mountains gave some of the larger vehicles fits, while the UTV competitors tore it up and had a blast through that section. The same can be said of the many silt beds on the course. The light weight, and all-wheel drive of the UTV’s allowed them to charge the silt sections with little concern other than the lack of vision and buried rocks or roots. There is always a group of experienced racers who are favored to win, but with such variables during a typical event, it can be anyone’s race to win. Defending turbo class champion Phil Blurton had a strong run for the overall win, but first time winner Logan Gastel ran an unbeatable pace that bested the top 2 physical finishers on corrected time. Due to the staggered start in offroad racing, the winner is the driver with the fastest elapsed time on the course, not necessarily the first vehicle to cross the finish line. It’s usually a huge advantage to start in front like Phil Blurton did, but when he got delayed behind a stuck vehicle in another class, the advantage he built up was erased. By the time Gastel hit that spot, the bottleneck was gone, and he drove straight through. 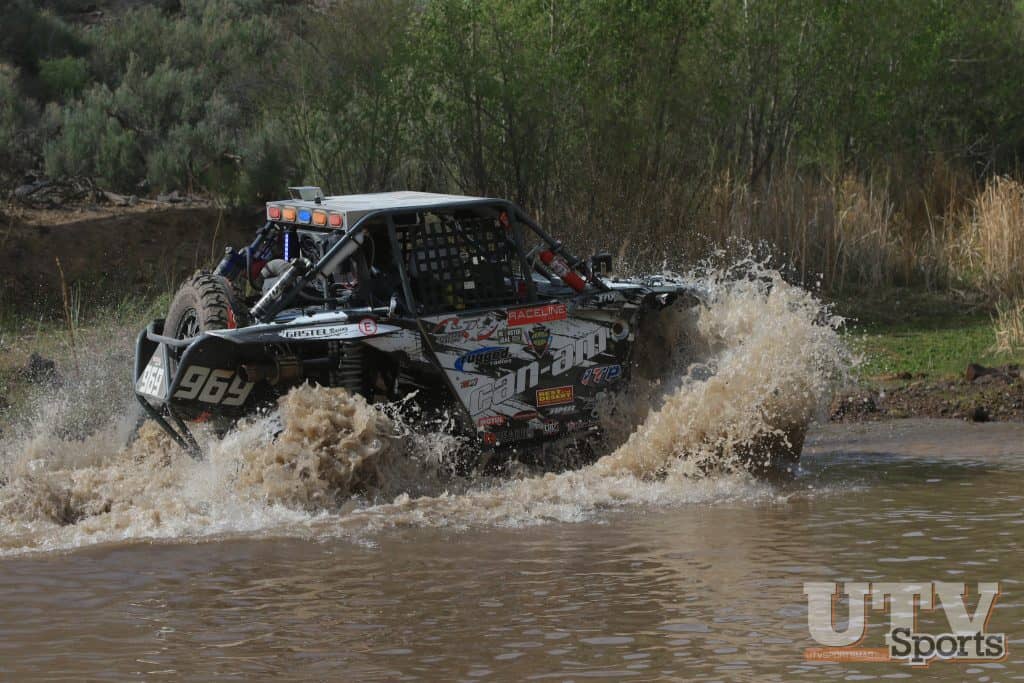 “I knew Blurton was the car to beat,” said Logan Gastel, “I’ve come up short on him a couple times; it feels good to get the upper hand. We had our worst finish in Laughlin so we started in the middle of the pack. I like starting there because you know what the leaders are doing so you know how hard to push. We got through the first 100 miles without getting passed so we knew we were on a good pace. We started picking off other UTV’s and passed a few in the pits. We beat several out at pit 4, making up several positions. We also got some intel; we were 5 minutes behind the leader. Our goal was to get on the podium so we could stay in the top ten in points. After pit 6 I started to think about the win; the car was flawless. When we stopped for fuel at pit 7 there was 30 miles to go and it was a high speed section. It was 6 hours into the race and I told myself, no mental errors. We left nothing out there. Now we have to be consistent for the rest of the season. We know we have the ability to win, and we are happy for Can-Am and the rest of my sponsors. Many have been with me since we started racing.”

First across the line, but second overall Phil Blurton knew what he had to do. He won the last race in Laughlin, so he started on the pole. In the first 100 miles or so, he built up a big time gap on the rest of the field. Unfortunately, he got held up in a bottleneck when a car in another class got stuck in the tight mountain section and there was no way to get around. “We sat there for probably 5 minutes or so,” said Blurton, “It was frustrating to see the competition pull right up behind us and erase the lead we had. Then we had a rock fly up and take out a rear brake line. At first I panicked but I quickly got used to driving with no brakes. The pedal went to the floor and we had maybe 5% of the front brakes. If I used them at all they would quickly heat up and go to zero. We were still out front so we kept going without them. We were in some dust and came up on some big rollers going too fast. I figured we were going for a ride, but we made it. Logan was not shown on the tracker so we didn’t know he was coming until my crew saw him at pit 6. By that time we were already running as fast as we could and could not push any harder. It was cool to see Logan get his first win, but our second place gave us a little cushion in the points lead. We will be starting up front at Vegas to Reno again so we can show our strength again.” 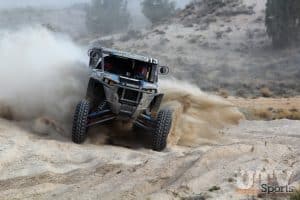 3rd overall, and 3rd in the Turbo class was Branden Sims who admits they have struggled in the desert this season. “Getting on the podium is fantastic,” says Sims, “We started mid pack and had to work our way up. It was my co-driver Brenden Tasa’s first race, but he did great; everything came together for us at Silver State. My UTV has a small tank so we had to make extra stops for fuel. We were 1:20 back from the win so it might have been real close if we had more range. Our pit stops were fast all day and we had no issues. The terrain is a lot like the stuff I ride in all the time in Arizona, so I felt right at home. There was a lot of silt but nothing like we see in Baja. Most of the race we were not right behind anyone so visibility was good; you just have to be careful not to hit anything in the deep silt. There were a lot of options; you had to pick the right lines. The tight sections actually made it easier to catch and pass the other classes. They had to slow down but we were able to go really quick through the mountains, but if you got stuck behind them, you had to follow them for a long time. There were some places that were just too narrow to pass.” 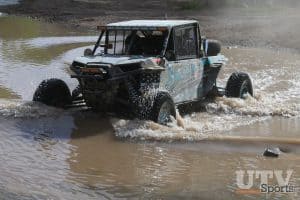 First place in the naturally aspirated class was Broc Smith. Smith might not be a household name yet, but he is a well-rounded racer who also competes in the SNORE series, and at King of the Hammers. “We did much better than we expected,” said Smith. “We drew the last starting position, and it was a single file start. We got into a good pace and started passing other UTV’s. By race mile 200, we were running in 7th place. I have to give a lot of credit to my co-driver Arthur Smith (no relation). The dust was unbelievably tough the last 30 miles. We caught up to second place on the road and stuck close to them until the finish. The first water crossing had us concerned because we don’t run a clutch cover. We went slowly through there but hauled weenies through the rest of them. The course was so scenic, it was the most enjoyable race we have done so far. It was an incredible race for us to go from starting last to 2nd place physically and taking the win on corrected time. It feels great to get a win for Raceline Wheels and Owen Motorsports who builds all my cars.”

2nd in the naturally aspirated class went to Cody Nygren. Nygren had an amazing run despite the thick dust he had to endure the entire race. He drew the 18th starting spot in his class, and had 40 turbo cars ahead of them. He was the 58th UTV to leave the line and finished 15th overall. He had exhaust leaks that were so loud, it made it difficult to hear his co-driver Ashton Hemphill on the intercom. They shut it off and used hand signals for most of the race. Because he passed so many UTV’s, he was in the dust all day long, and into the night. Despite the darkness, and the dust, they pushed hard to the finish, and were rewarded with 2nd place on the podium. 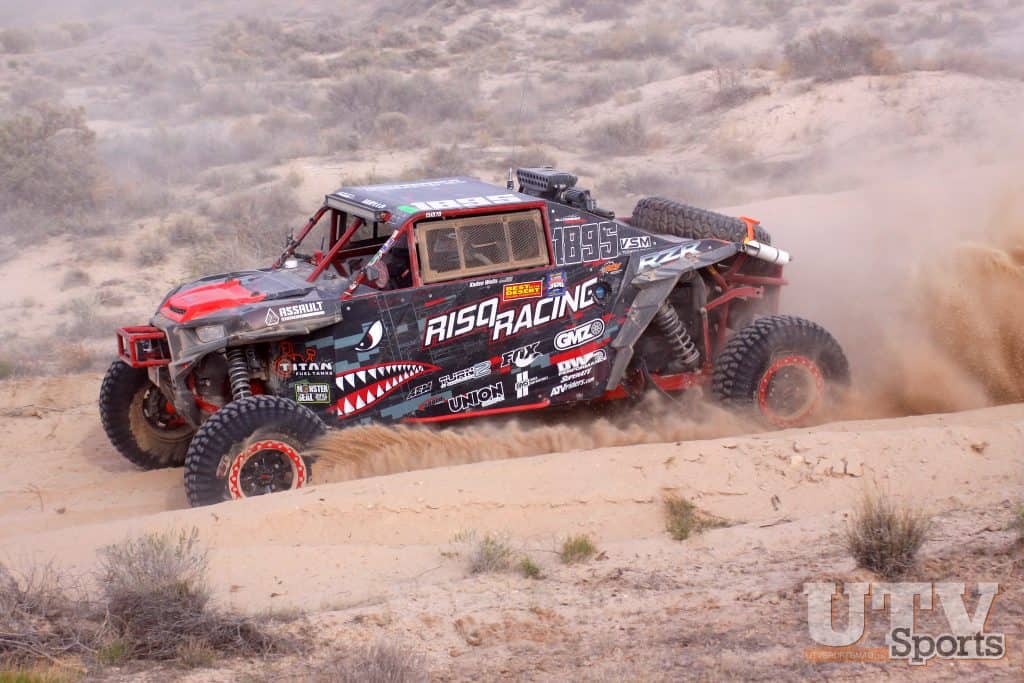 3rd place went to Kaden Wells who ran very strong in the beginning of the race but developed an issue that they were unable to diagnose. The UTV was not in limp mode, but they lost power at race mile 180 and they could not go over 60 miles per hour. According to Wells it was frustrating, but to come away with a podium was rewarding. “It was a fun course with a lot of silt and high speed sections,” said Wells, “I like the longer races since my car is built for durability, and to be fast in the whoops. We are looking forward to starting up front at Vegas to Reno.”

In the Unlimited UTV class, Bill Whittington took the win with Brett Comiskey in 2nd and Michael Isom rounding out the podium in third. It will be another great battle in the Unlimited class at the next Best in the Desert event, Vegas to Reno with these three starting up front. UTV racers only got a taste of the terrain around Caliente last year as the Silver State 300 was not on the schedule; they ran the Caliente 150 instead. Despite the challenge of the Silver State course, most of the competitors loved the race, and can’t wait to come back next year. 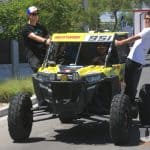 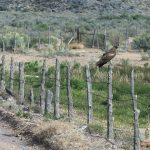 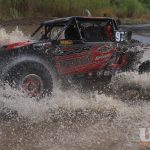 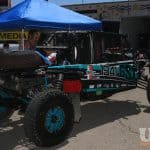 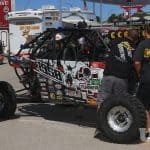 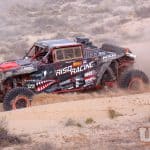 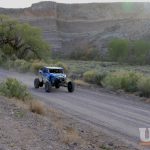