Mind Over Matter: Dead Legs Racing Proves Anything Is Possible With The Right Mindset 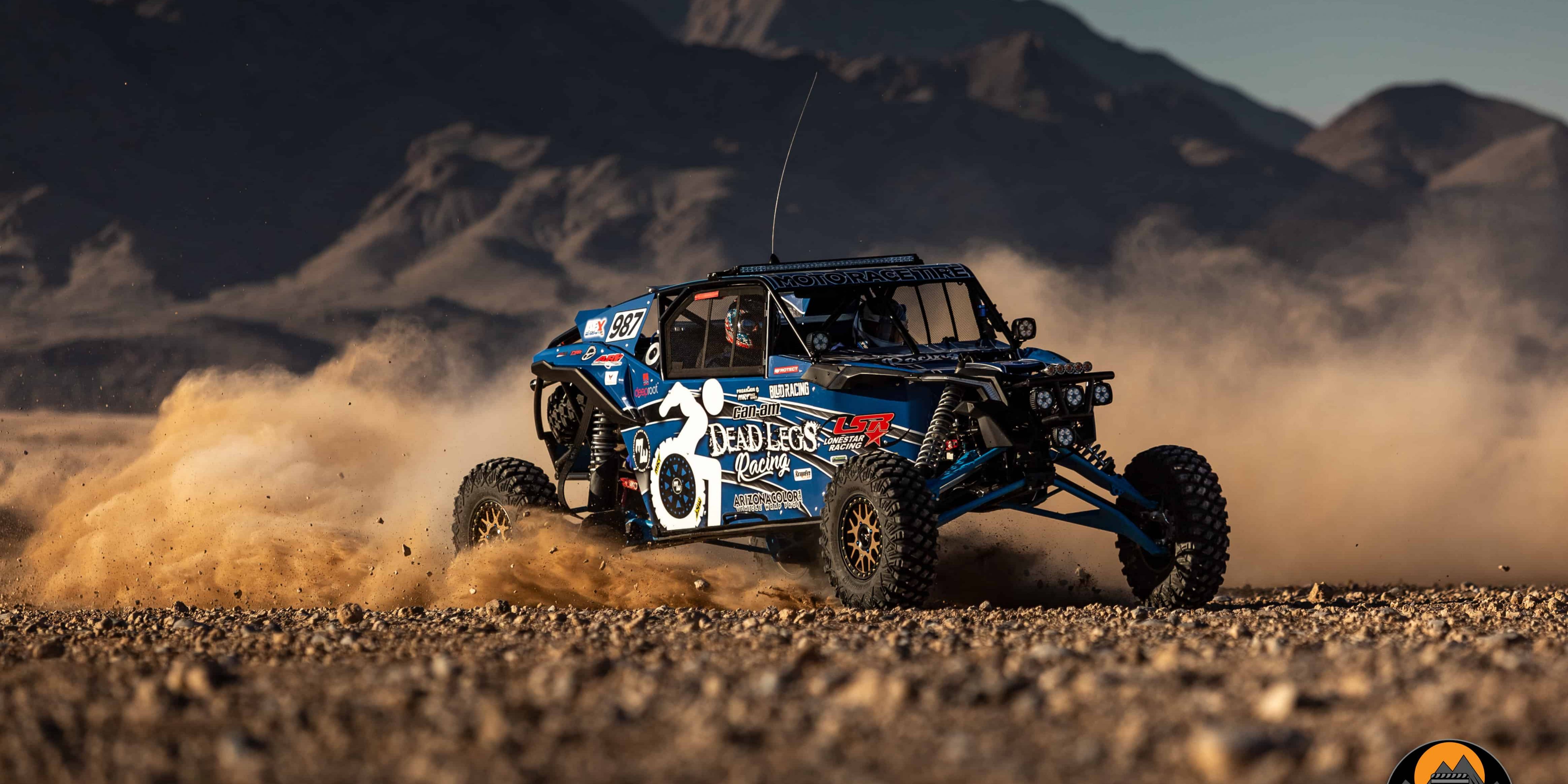 Dead Legs Racing Proves Anything Is Possible With The Right Mindset

Everywhere you turn, there are so many bad things going on in this big crazy world of ours. Just turn on the news and the reporter will spew negativity down your throat. You might even be flipping through social media and find yourself asking questions like “why don’t I have that fancy house” or “why don’t I have abs like that?” Pessimism is everywhere and virtually impossible to escape; making life sometimes extraordinarily difficult for some to deal with. Now imagine yourself in your prime, at 19 years old and feeling on top of the world. You’re so pumped up you don’t have a single thought of the negative world around you, because you just received your Pro Motocross card and are one of the few up and coming riders in AMA Motocross. Life can’t get much better. 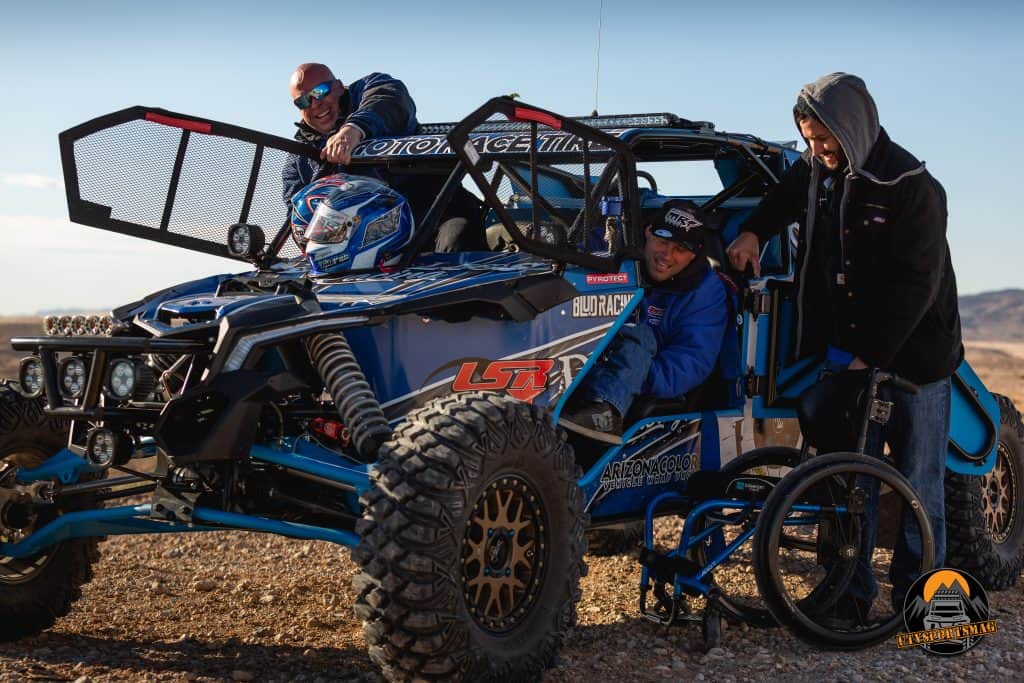 BAM! In a flash, that glamorous career is gone. Take Jonmark Richardson who knows all too well how life can derail you from what seems to be a sure shot path. Jonmark was on the fast track to being one of the best AMA Motocross riders in the country and he was loving life. Then one fateful day brought it all to a grinding halt. While practicing for an upcoming race, Jonmark came up short on a jump. The landing was so violent that it didn’t just shatter his back, it dismantled his future with Motocross. This event would shift Jonmark’s life onto a whole new course. 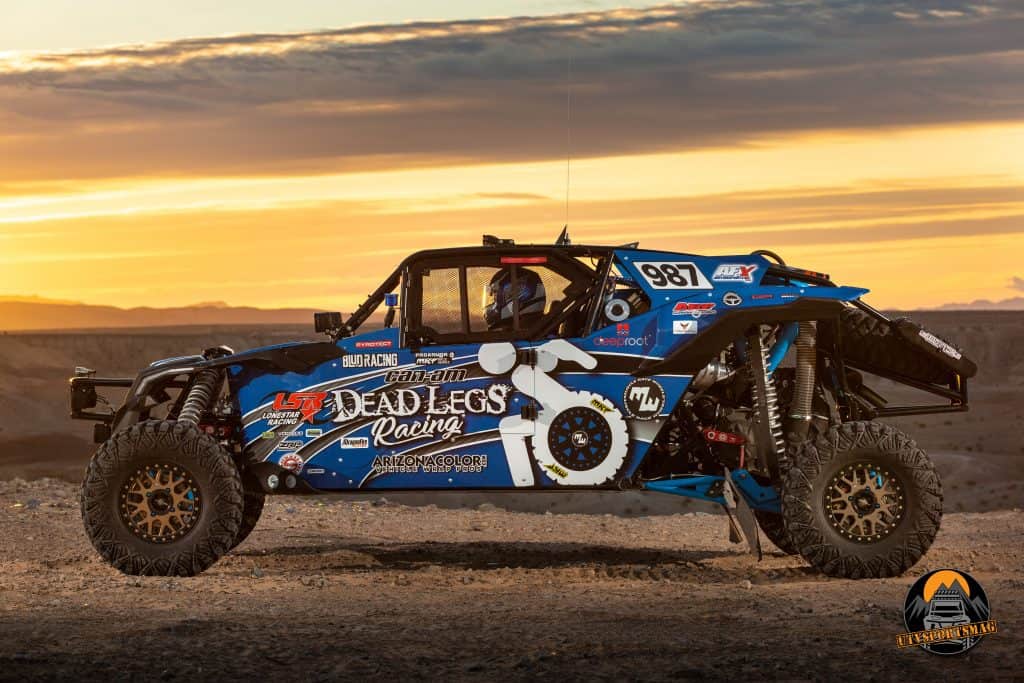 Waking in a hospital bed surrounded by friends and family, Jonmark struggled to begin his new life in a wheelchair. Even while inducted to a four-wheeled metal throne, with the support of all his loved ones, Jonmark wasn’t given the option to sit and sulk. After a few weeks in a hospital bed, he was back to his old self, getting into antics with his buddies. Shortly after that he would be kicked out of the hospital like a baby bird booted from the nest to start his new journey. Once home and acclimated to his “new normal”, Jonmark had to figure out what to do for the rest of his life. With his racing career no longer a viable path, academics was his only visible option. It was not a very appetizing one as he does not fancy himself the academic type. Despite his personal opinion, and with the support of his friends and family, he hit the books. Remembering the lessons he learned in his childhood from watching his mother make financial mistakes while raising 7 kids, he vowed to help people in her situation do better. Graduating college and starting his own business as a financial planner, he created a new purpose for his time.

Of course nothing goes perfectly smooth. Rough roads are already tough for people with working legs. Imagine navigating those rough roads in a wheelchair. But life is only as hard as you let it be. Knowing that, Jonmark never gave up on his goals. Jump into the time machine and fast forward 18 years later, he has become a success story in the business world and the disabled community. He wanted to start showing the world that wheelchairs and disabilities don’t define people. Jonmark decided to do the impossible; he wanted to race again. Something he never believed was achievable was now a reality. Strapping into a UTV that was fitted with hand controls gave him that freedom he once had in the past, and with a little practice he was hooked… again. 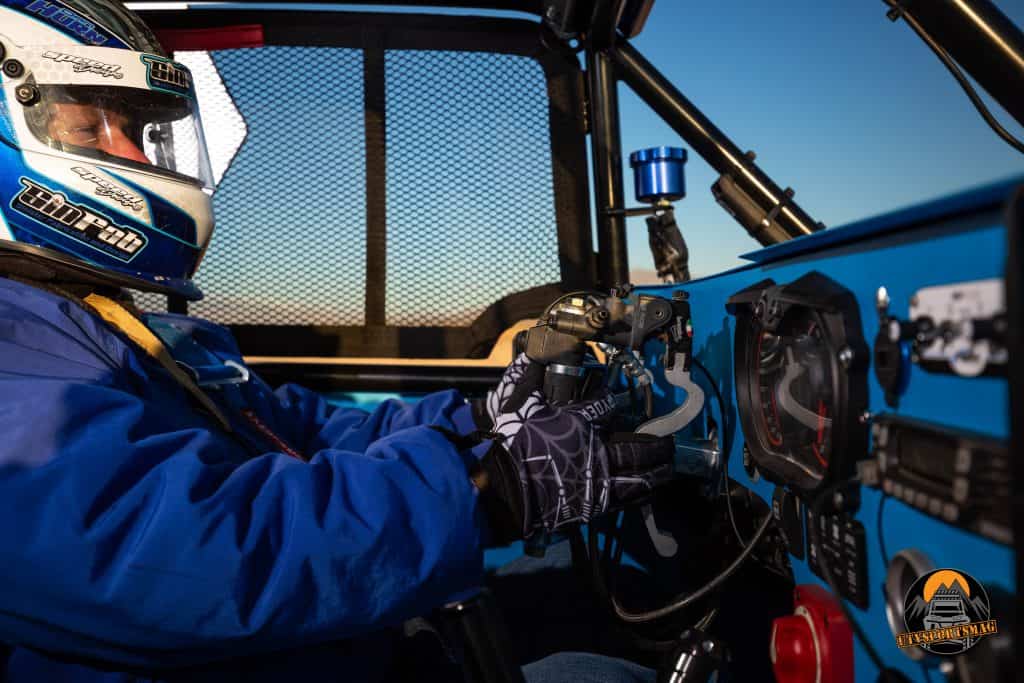 Through the time travel gate again, and leaping to current day, Jonmark has commissioned this amazing machine built by Lone Star Racing, and with the unwavering support of his friends and family, he campaigns his handicap sign blue Can-Am in the Best In The Desert series. This was a great build for Dan Fisher and the team at Lone Star Racing. Although no two race cars are alike, this one was truly special, and it had a lot more meaning behind it. Starting with a Can-Am Maverick X3, LSR built their winning chassis to spec, and then came the task of figuring out how to get a guy with dead legs in and out quickly and easily. Fisher devised a door system that would give Jonmark the extra room he needed to do it himself. Pinning the doors shut and adding extra structure ensured that they would pass inspection. 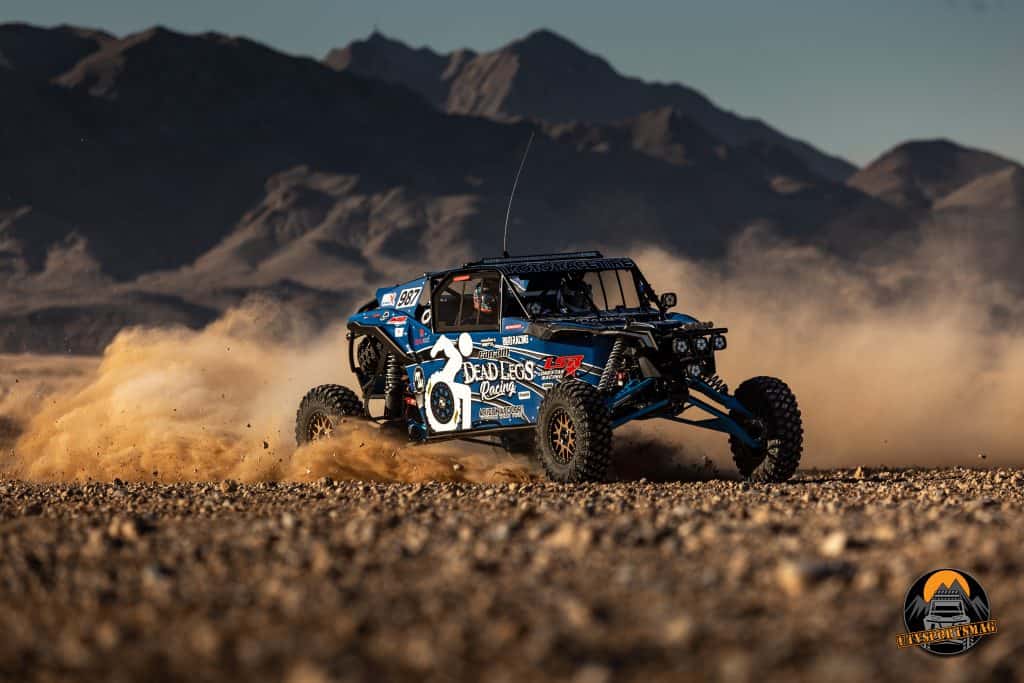 With the getting in and out handled, how does one with immobile legs keep them secure while beating through the desert terrain? Again, a problem quickly resolved by a great solution. A foot harness was constructed to keep his feet still while not letting his knees beat into each other. Wanting to create a steering wheel hand control system, Jonmark had an idea on how it should work but lacked the ability to bring his vision to life. His dear friend and driving force behind Jonmarks new found racing career, Jared White, would go to work on the idea. Some time later, a one-off steering wheel was created. This wheel would allow the driver to control the throttle and the brake with either hand giving ultimate control. With the indestructible Lone Star Racing chassis, dialed in shocks from Gary Fries, and the new found control in the steering wheel, Jonmark had the opportunity to show that with the right mindset and work ethic, anyone can compete at the highest level. 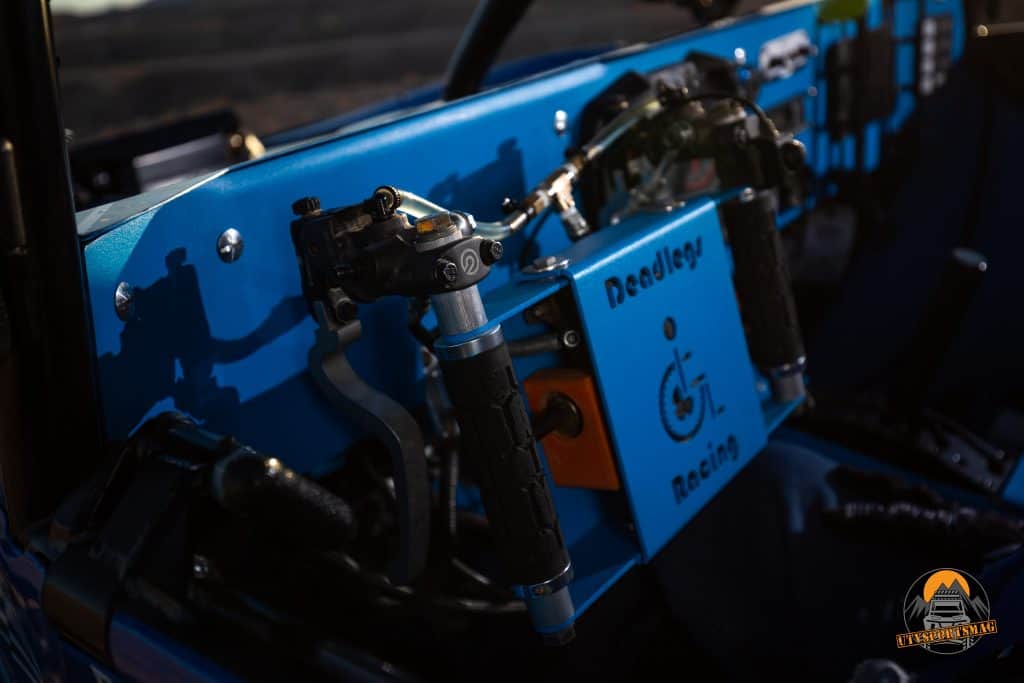 With the car nearing completion, the buzz reached the industry on what was transpiring. Jim and Todd, the masterminds behind the big power at Evolution Powersports, wanted nothing more than to see Jonmark and his team win. Being well versed in building reliable power, they went to work making sure the tune and engine were dialed in while Joe Jones at MRT Tires backed the project and got all that power connected to the ground. With great partners on board, this once lost dream of being a pro racer on the big stage became a reality with hard work and dedication. What seemed like the end of a man’s life 18 years ago, has now turned into one of the most inspirational men in motorsports thanks to a strong support system, and never ending will power.

At the 2019 BITD UTV World Champs, I spent some time talking to Jonmark at contingency. The car was unmistakable as it rolled up; handicap plaque in the rear view mirror with a collage of pictures of the friends and family that have helped him along the way on the roof. As he climbed out of the remarkable car into his wheelchair himself, I was amazed at how humble he was upon the initial introduction. He had come so far, beat down and rebuilt everything to unexpected great heights. He had every right to be arrogant and boastful about it, but he wasn’t. Armed with a positive attitude, a willingness to poke fun at himself, and the drive to show all, and not just the disabled, but every single person that anything is possible if you want it badly enough. 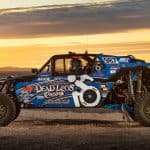 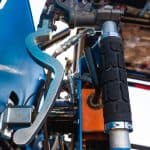 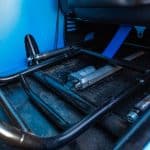 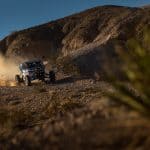 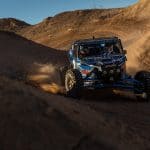 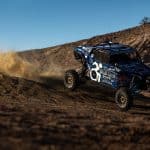