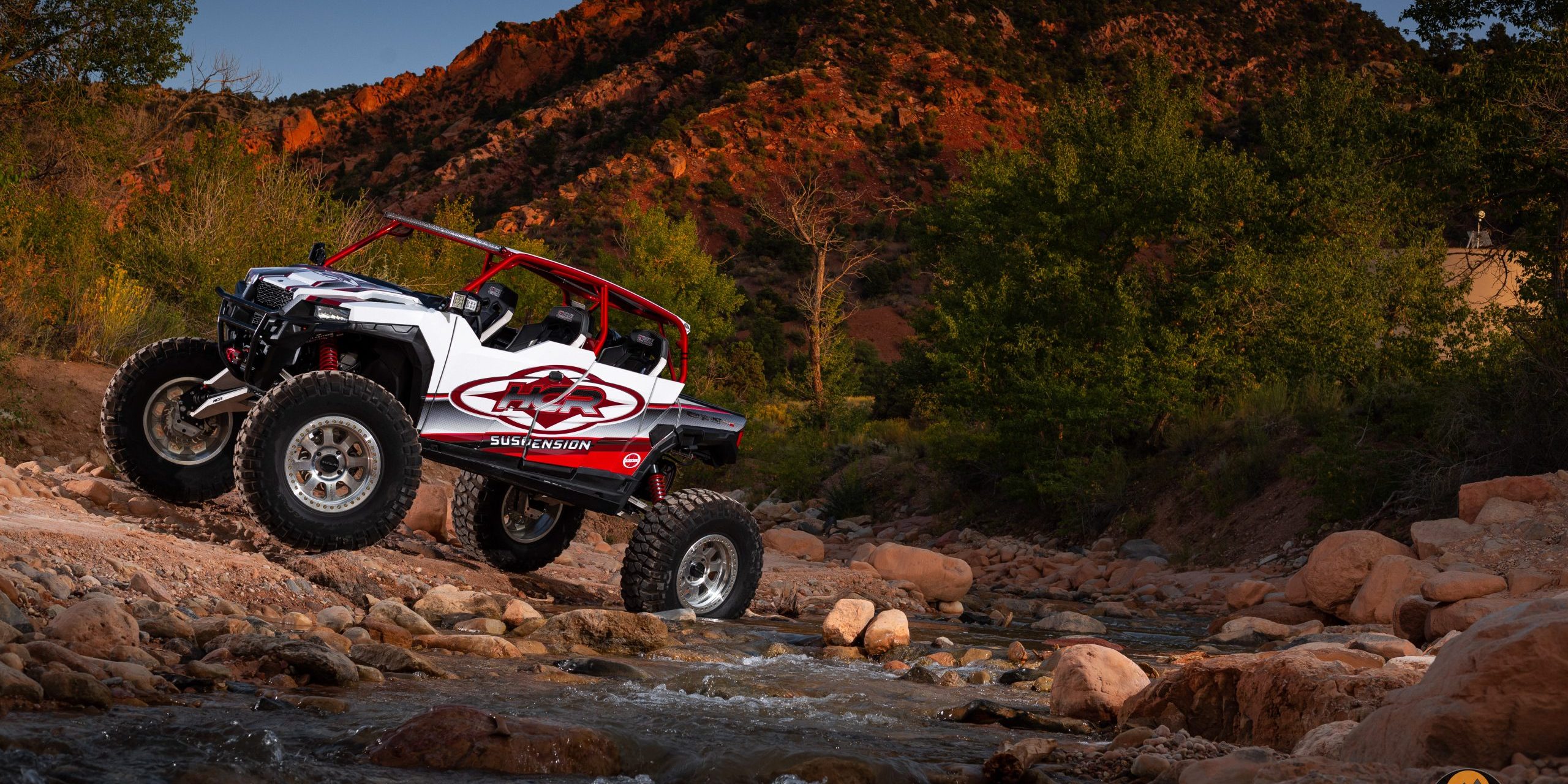 HCR Racing Merges Beauty And The Beast Into One 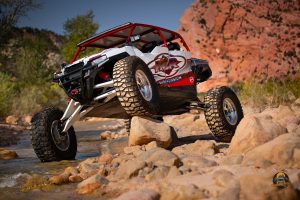 In our sport, the name HCR Racing has always been associated with those very two things. In the saturated world of aftermarket UTV parts, those references don’t commonly go hand-in-hand. HCR has most certainly achieved the impossible by concentrating on quality over quantity. The old saying “form follows function” can be true, but if you go just a little beyond, you can achieve beauty too. Their basic design philosophy is based on fabricated boxed designs. Tubular components are much easier to manufacture, but in order to get ultimate strength to weight, boxed arms using the tab and slot method are much stronger. Tab and slot is exactly what it sounds like. One part has a tab; the mating part will have a slot that the tab goes into. This not only makes it stronger, but having the parts keyed together makes incredibly accurate assemblies; again, focusing on quality. When reliefs are designed into the plate to save weight, why not make them look cool? Even though a simple punched hole would do the job, that just doesn’t uphold the standards that HCR has set for themselves.

The HCR acronym stands for Hard Core Racing. The company was founded in 2009 by Damon Cardone to produce high end, radio controlled car components. They made titanium suspension parts for RC cars. Once side by sides came out, Cardone jumped in 100% and the RC parts business was abandoned shortly thereafter. From the beginning, the company focused on the rocks more than the desert racing crowd. They recognized the need to have their parts survive sliding over boulders, and being bashed by rocks time and time again. 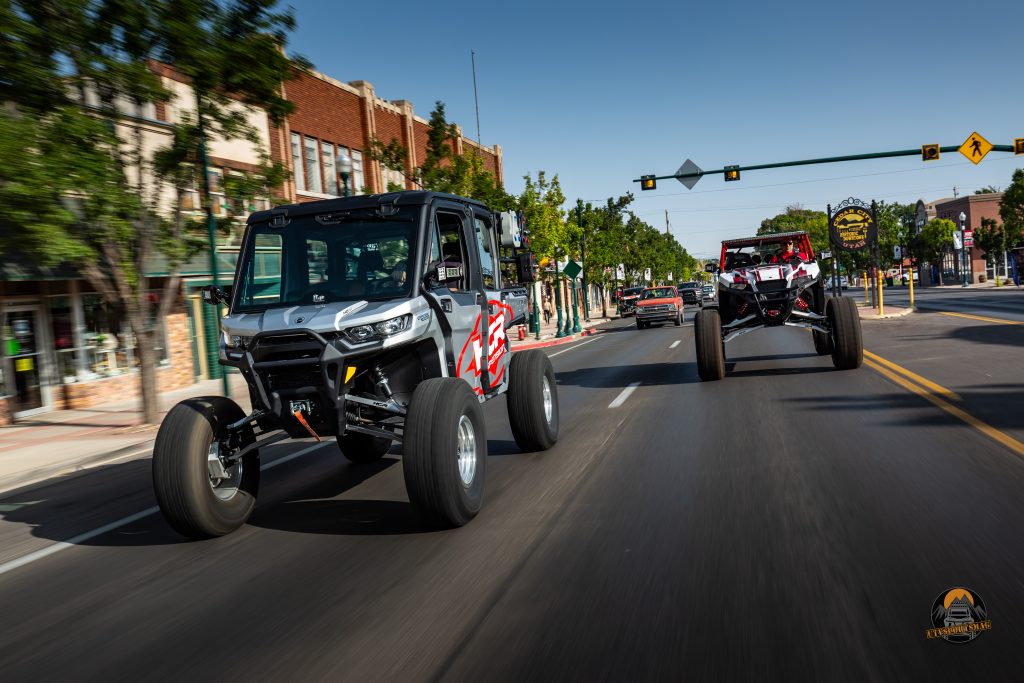 HCR was one of the first title sponsors of UTV racing at King of the Hammers (KOH). It was the perfect platform for their products, watching countless crude little UTVs downright abuse their junk in the early days of KOH simply proving it could be done. Running some of the same rock trails that challenged the full size Ultra4 cars, with enthusiasts around the world believing it to be impossible. The many miles of punishment were most effective when it came to destructive testing. As other companies were cast to the wayside, HCR got stronger. Their parts may look like they belong on a show vehicle, but they’ve conquered some of the toughest terrain on the planet. The product was violated, sometimes broken, but always visited for continued improvements in order to ensure the reliability rock racers counted on.

As the years have gone by, computer aided design, Finite Element Analysis, crush testing to find the yield point, and computer scanning methods have sped up the prototyping process to the point where it takes just 4 weeks to get a working prototype; compared to the 6 months beforehand. HCR’s wealth of knowledge earned over many years of manufacturing, consumer use, and structural concerns goes into every new kit. They pride themselves in using U.S. steel, and performing all design, fabrication, and manufacturing out of their Cedar City, Utah facility. Up until just 2 years ago, they had four welders. Today they employ 11 and are carefully selecting additional fabricators to continue the growth.

It would seem that the company was at the top of their game; so what next? Well, in September of 2018, the company was acquired by The Daystar Group. Daystar is an automotive performance aftermarket manufacturer of lift, leveling kits, and component parts for off- and on-road trucks, Jeeps, and multi-purpose vehicles. The powerhouse started small back in 1977, and has exploded to the family of brands it is today. Hardly the venture capital vultures that live on Wall Street, the Phoenix based company came in with a hands off approach. HCR was doing so well, why rock the boat? Instead the company brought new resources that allowed HCR to reach even greater heights. 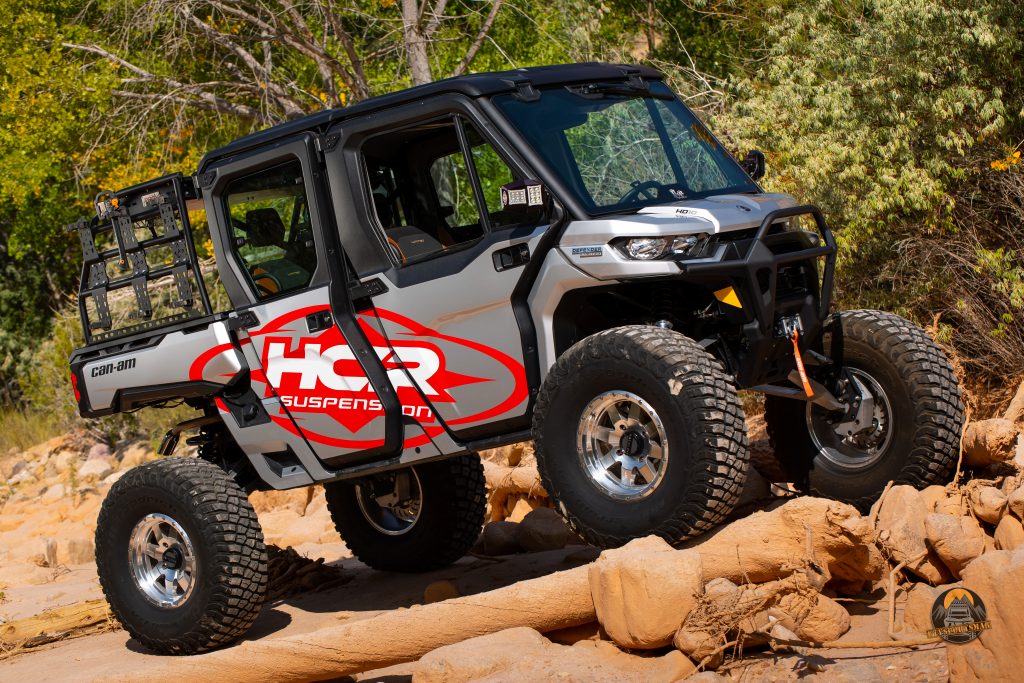 Despite the setbacks from the COVID-19 pandemic, the company operations were able to continue with only minimal damage. One thing that hurt their pride was lead times. For many years, the team was accustomed to spouting out longer than average lead times because of their scale and extreme attention to quality control. In 2019, many steps were made to decrease those delays to accomplish accepted lead times. They were incredibly proud that you could order your custom parts, and they showed up on your doorstep in a realistic timeframe. But as some supplies fell into short supply, delivery times faltered. Some of their suppliers and even competitors were shutting down for state or local mandates. Luckily for HCR, they operate in a smaller town in a state that was not as heavily impacted. When others were shutting down, HCR was busy doing all they could.

In addition to improved awareness of their products, marketing efforts, and the ever popular word-of-mouth, HCR was reaching into new segments of powersports. They had decided just before the coronavirus impact to reach into mudding, high clearance builds, and believe it or not rock bouncing. With this new audience they knew they needed not only products to support it but also new builds. It’s common to see a wide stanced high horsepower HCR branded machine on display at shows throughout the west coast, but those just weren’t going to work for this venture. Brandon Twitchell, Daystar Powersports General Manager and head honcho at HCR Racing, pulled something from way outside the box for these. Utility and crossover platforms with big tall portal lifts, new territory to say the least. The crew decided on a Polaris GENERAL XP 4 and a Can-Am Defender MAX Limited and got to work. As far as numbers, inches of lift and tire size were far more important than travel width and horsepower. The builds were exactly what they hoped for and perfect for the mud market, but with cancellations and shutdowns across the nation the vehicles couldn’t be put to good use. To avoid them from collecting dust, the decision to put them on some custom drilled Raceline Wheels and big 39” and 42” BFGoodrich Mud-Terrains was made. Back to the rocks until 2021! 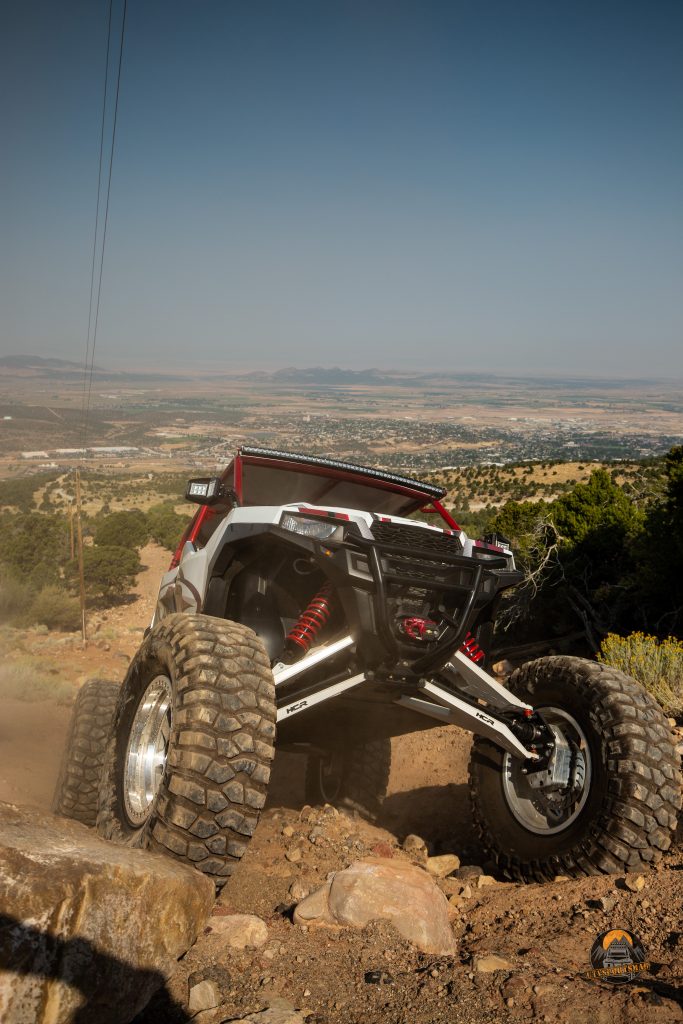 Not many companies have the strength or the confidence in their components to go after the rock bouncing and mudding crowds. For those of you unfamiliar with rock bouncing, it’s like rock crawling, but with much more abandon, and a total lack of self-preservation. Instead of skillfully negotiating daunting obstacles, rock bouncers hit them at full throttle, and hope there are enough pieces left to get them to the top of the hill. It’s amazing and entertaining, but incredibly brutal on components. They absolutely have to be as strong as possible. The whole thing might sound frivolous, but this is America. We create new challenges. We don’t back down from them. Did the corporate bean counters from Daystar respond by putting the kibosh to the new direction? No way. Not only are they in full support of more outrageous UTV’s with huge tires, portal lifts, and huge spotlight on it, but they are expanding the operation into a brand new larger facility so they can bring additional processes completely in house. The future will bring even more incredible products from HCR, including an array of products for new platforms, but most importantly shatter the notions of what’s possible in a UTV. We look forward to even more brute strength and sheer good looks in hard core fashion. 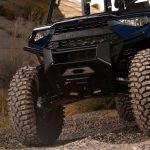 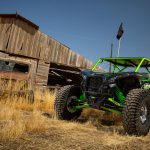 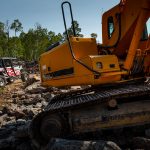 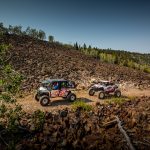 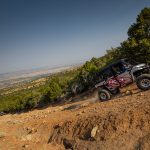 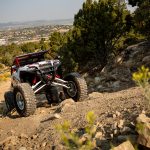 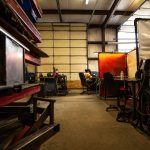