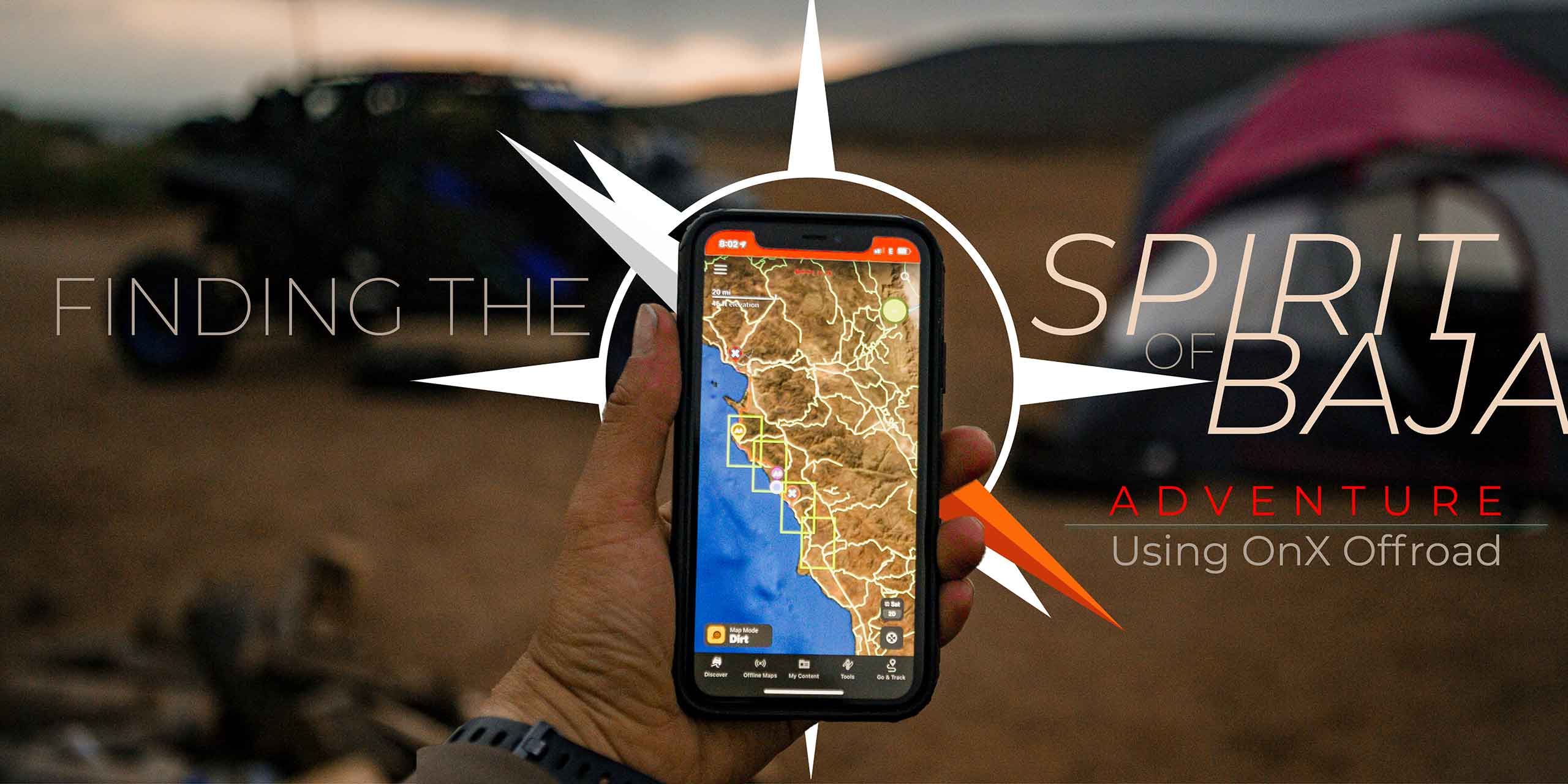 The Spirit of Baja

What is the Spirit of Baja? Why does Baja have such a dream-like effect on racers and adventurers alike? This is our quest to find the answer. 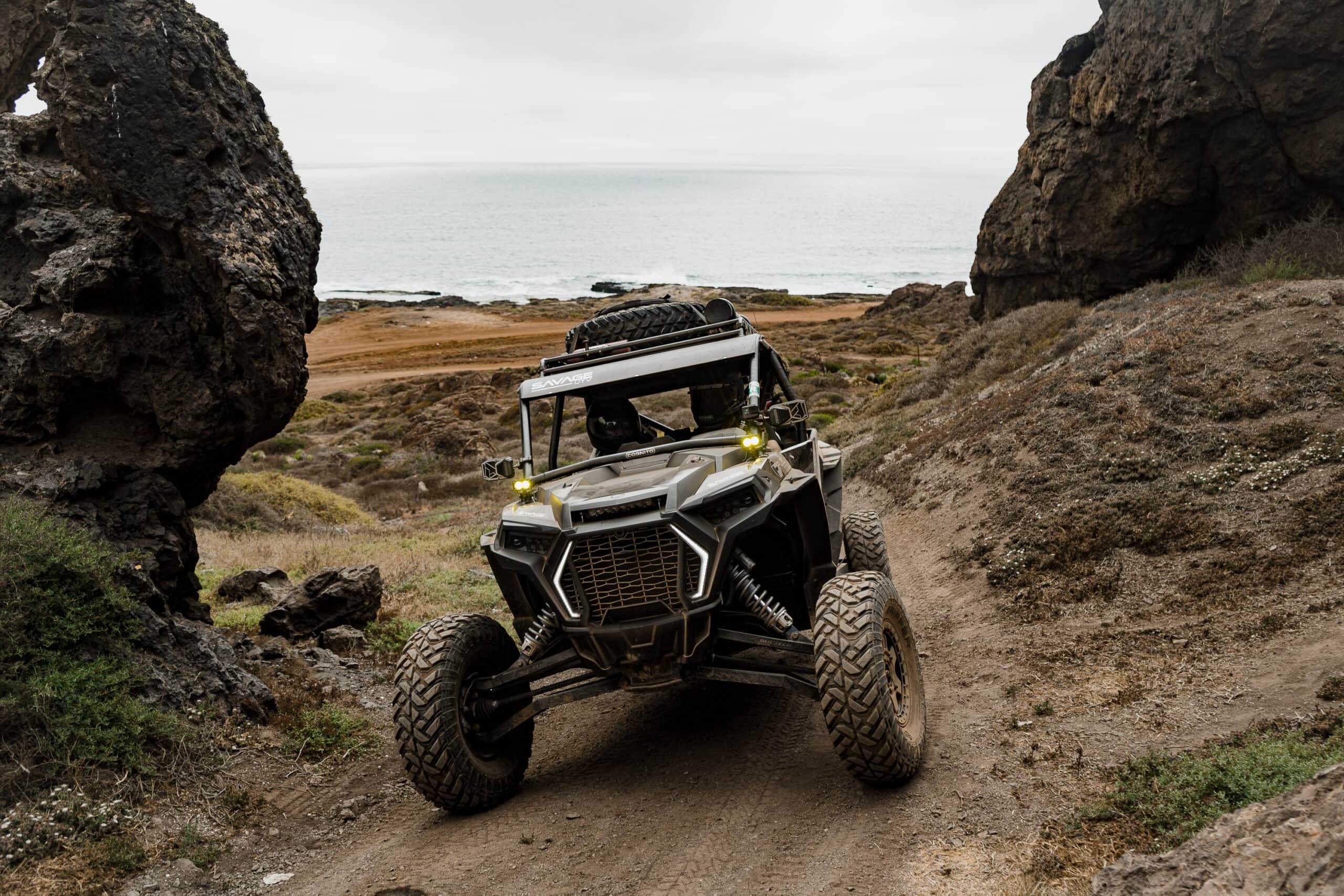 The Baja California peninsula is home to some of the world’s most challenging offroad racing; each year, hundreds of riders and drivers show up to challenge for victory. A Baja race isn’t just a duel between competitors; it is a contest between drivers, their machines, and the unforgiving desert of Mexico. 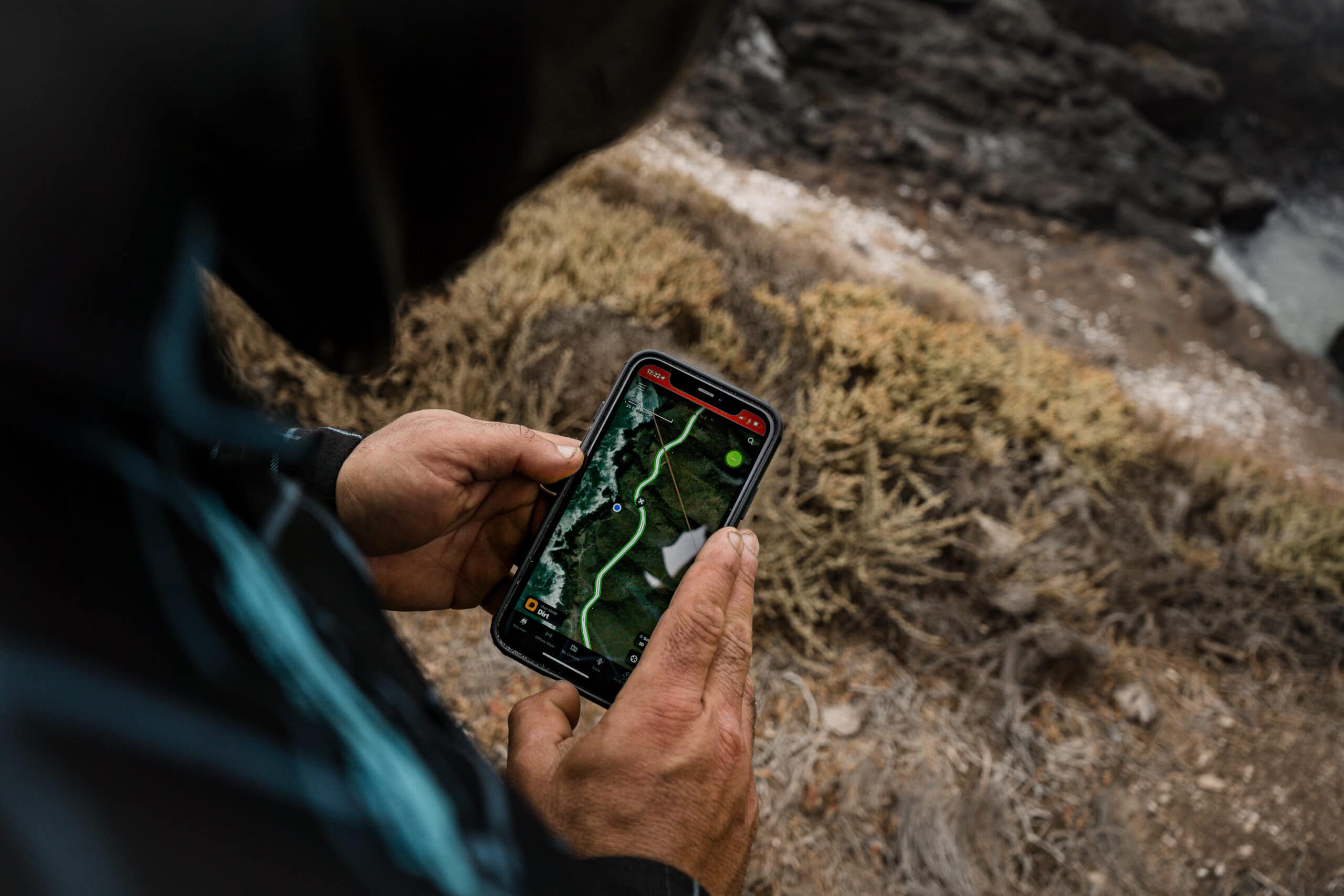 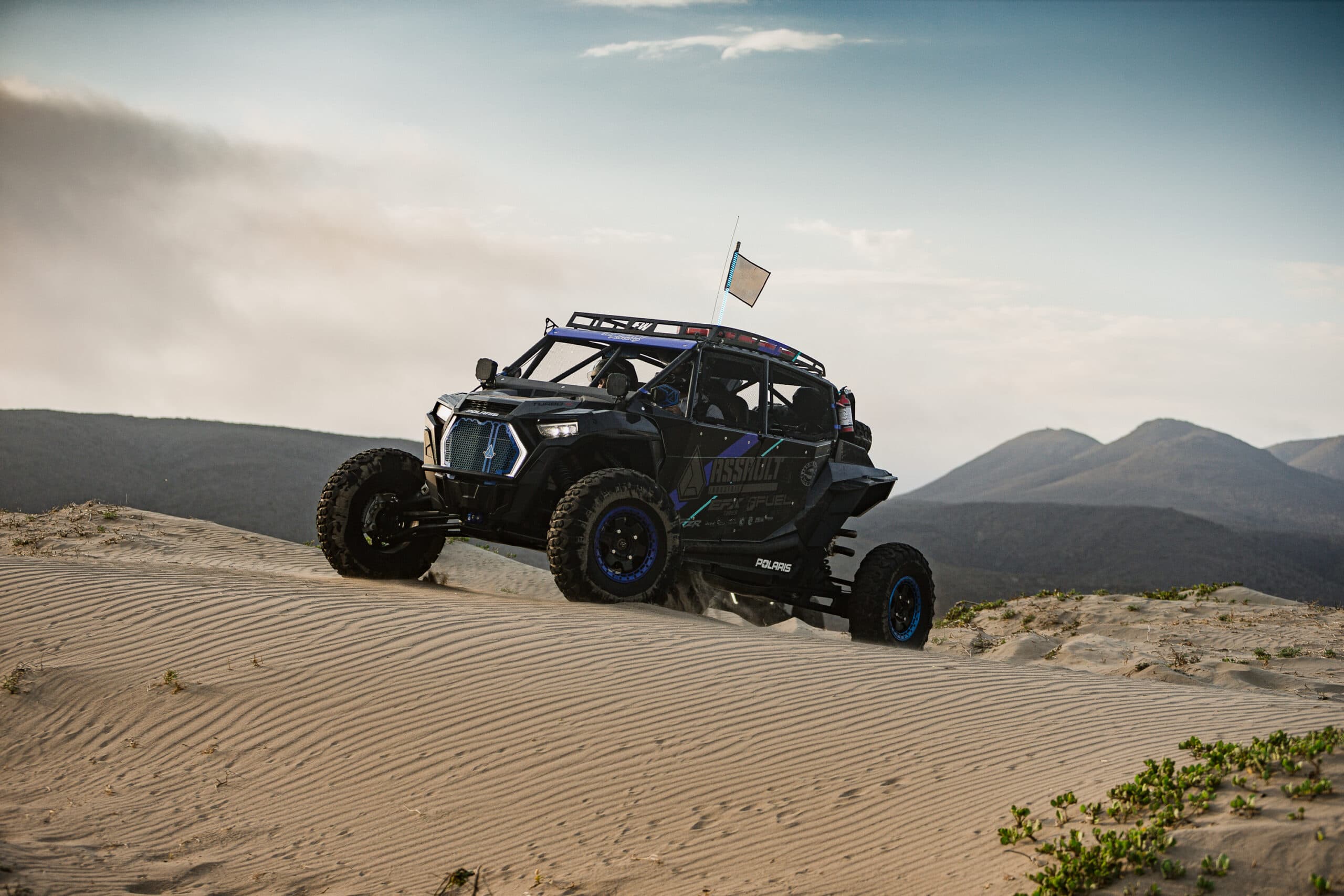 Adrian Orellana has been racing with his family since the mid-90s at events across the Southwest. But, Mexico is where his heart is. Fresh off an ironman solo run at the Baja 1000, along with previous second- and third-place finishes at the Baja 500, he’s familiar with the challenges of racing on the peninsula. He would return to race Baja, but on this trip, there was no racing and nothing to prove to anyone. The plan was to find the elusive, contradictory mix of relaxation and adventure. We would search for the Spirit of Baja using onX Offroad as our guide.

Just before we set off on our adventure to Mexico, Adrian and I mapped out our group’s route on onX Offroad via computer. The plan was to start in Ensenada and spend two days taking parts of the old Baja 500 racecourse along the coast in his Polaris RZR, camping along the way. The ultimate goal was to head to San Quintin and have a good time doing it. There wasn’t much of an agenda besides planning our route and the fuel stops along the way. We wanted a proper adventure. 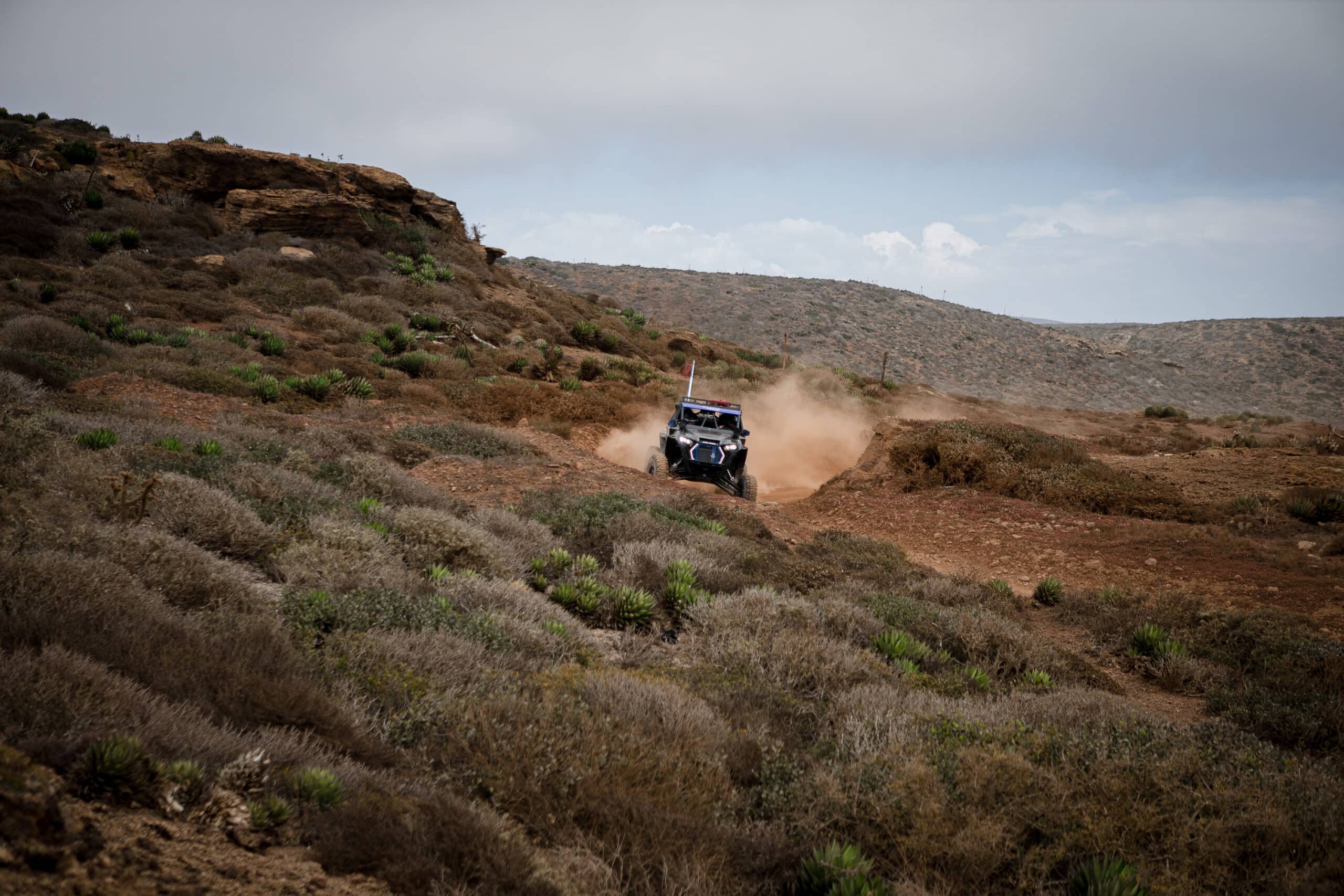 When planning our route, we knew we might not have any cell service down there, so downloading offline maps would be crucial. After uploading the Baja 500 GPX file, we used onX’s free-draw tool and planned our route along the coastline, dropping pins based on where we were going to camp and plotting the fuel stops. Based on the metrics we received from the plotted line i.e., the distance of miles calculated, we figured out our fuel stops, either heading into nearby towns or meeting our support truck. Everything we had planned on the computer would automatically update to our phones, so we were prepared on the day of the trip.

Just a few days later, we headed south of the border in Ensenada, Mexico, to meet at our starting point for the trip. Adrian brought his friend Daniel Gonzales and his dad Victor to manage the support truck; they are Baja veterans, and they have been racing down here for years, so we knew we would be in good hands. Chloe Yonker, a good friend of Adrian’s, had never been to Baja, so this trip was a completely new experience for her. Adrian’s good friend and owner of Savage UTV, Matt Scarpuzzi, would be joining us in his Polaris RZR as well, and would also bring his dad along for the adventure. After breakfast at our favorite taco stand right in Ensenada, we set off south to the small farming town of Santo Tomas for a fuel stop. We were immediately taken in by the beautiful countryside of Baja, California. We’d been there just two weeks earlier, but this time there was no stress, no worrying about deadlines or a schedule. We knew we had to just get to our campsite and set up before dark. The whole group had a “we get there when we get there” attitude.

Adrian shared the campsite location with the support truck; the plan was for them to take a long way around to the campsite, and we would take a section of the racecourse to get there. We set off in the RZRs towards the coast on dirt roads; we passed ranches and even found a few different trail options, which made for some fun along the way. Matt was following close behind and made a few passes on us in good fun. As we neared the coast, the warm sun’s heat lessened the farther we went, and the cool coastal fog rolled through the valleys. We stopped along the way to sit back and take in the views; at this moment, I couldn’t help but think how lucky we were to explore this mostly untouched landscape, which remains much the same as it was thousands of years ago. 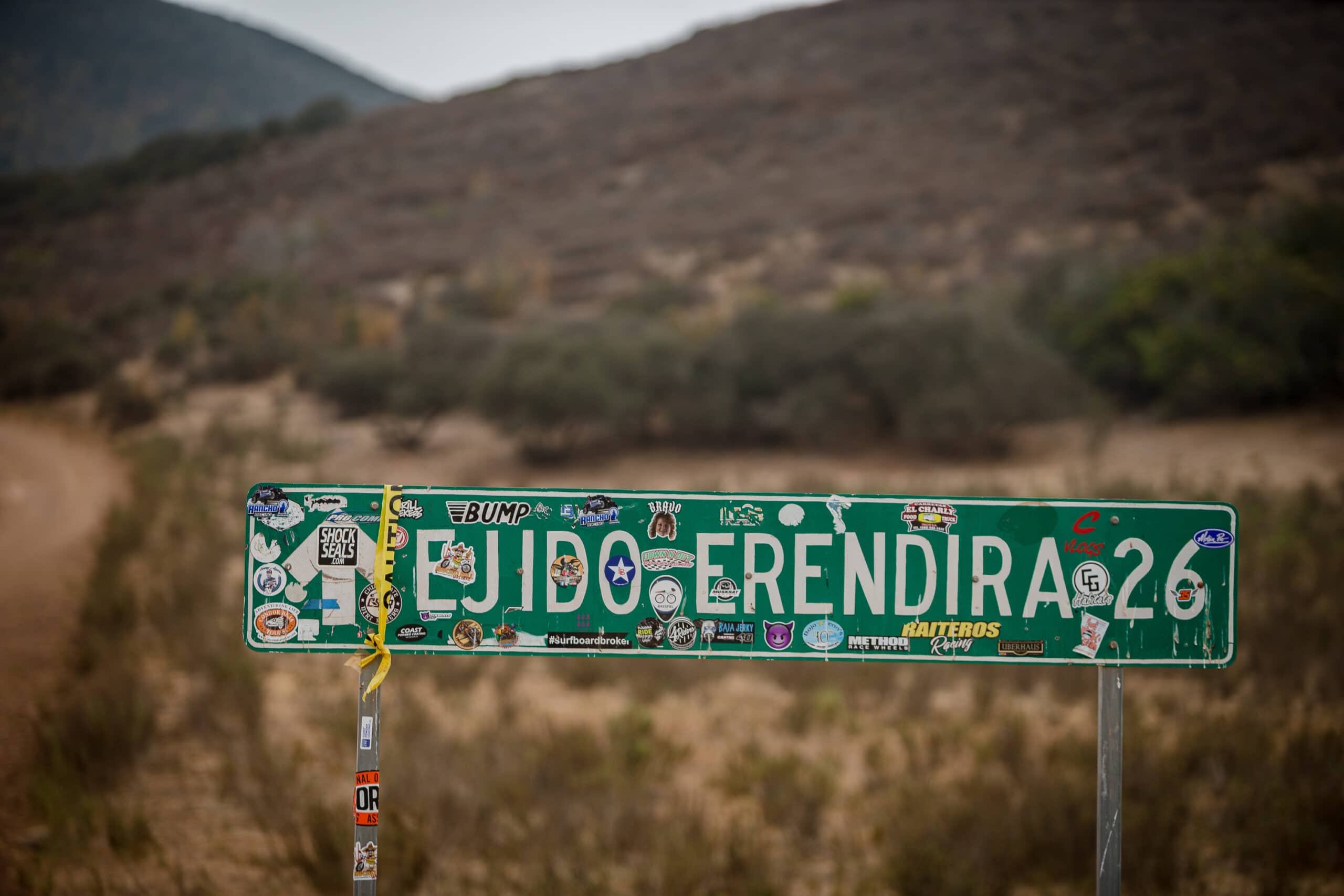 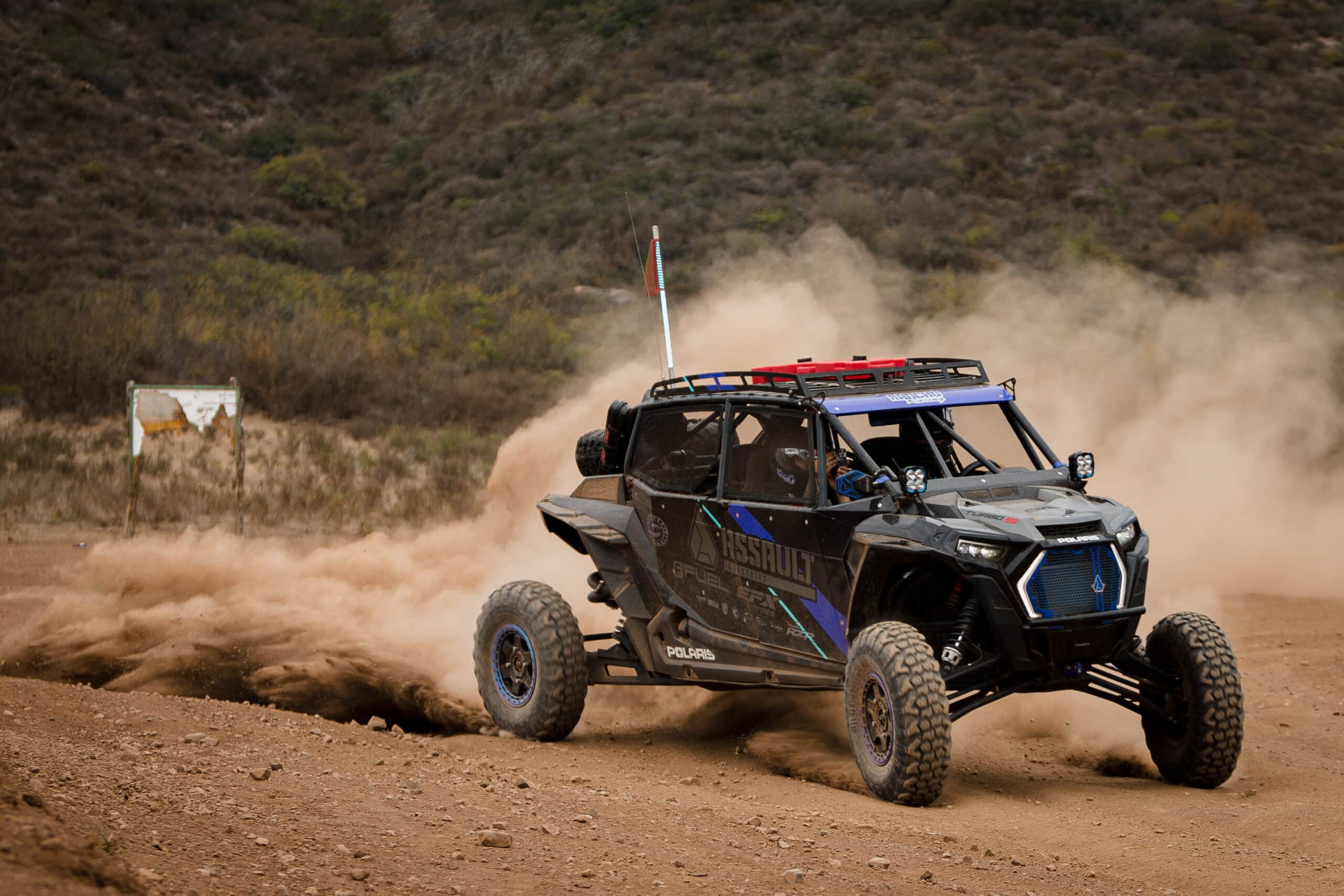 We arrived at our top-secret campsite near Punta Cabras; our support truck was already waiting for us with an ice-cold beverage in hand. Just steps from the ocean, we set up our camp and settled in for the afternoon. After a quick drive down the beach in the RZRs, exploring tide pools along the way, we realized how incredible our campsite was. There was no one around, except for a few local fishermen on the shore. We had no cell service, and the nearest town was miles away. This was everything we needed, an escape.

Adrian has been coming to Baja since he was a kid, but it had been years since he was here for a laid-back adventure, and not for racing. These days, his race career has turned into serious business with big sponsors behind him such as Polaris, he must be as competitive as possible. While he does have fun racing, he was loving the ride with no game-day pressure or sponsors involved; it slowed him down to enjoy the adventure. 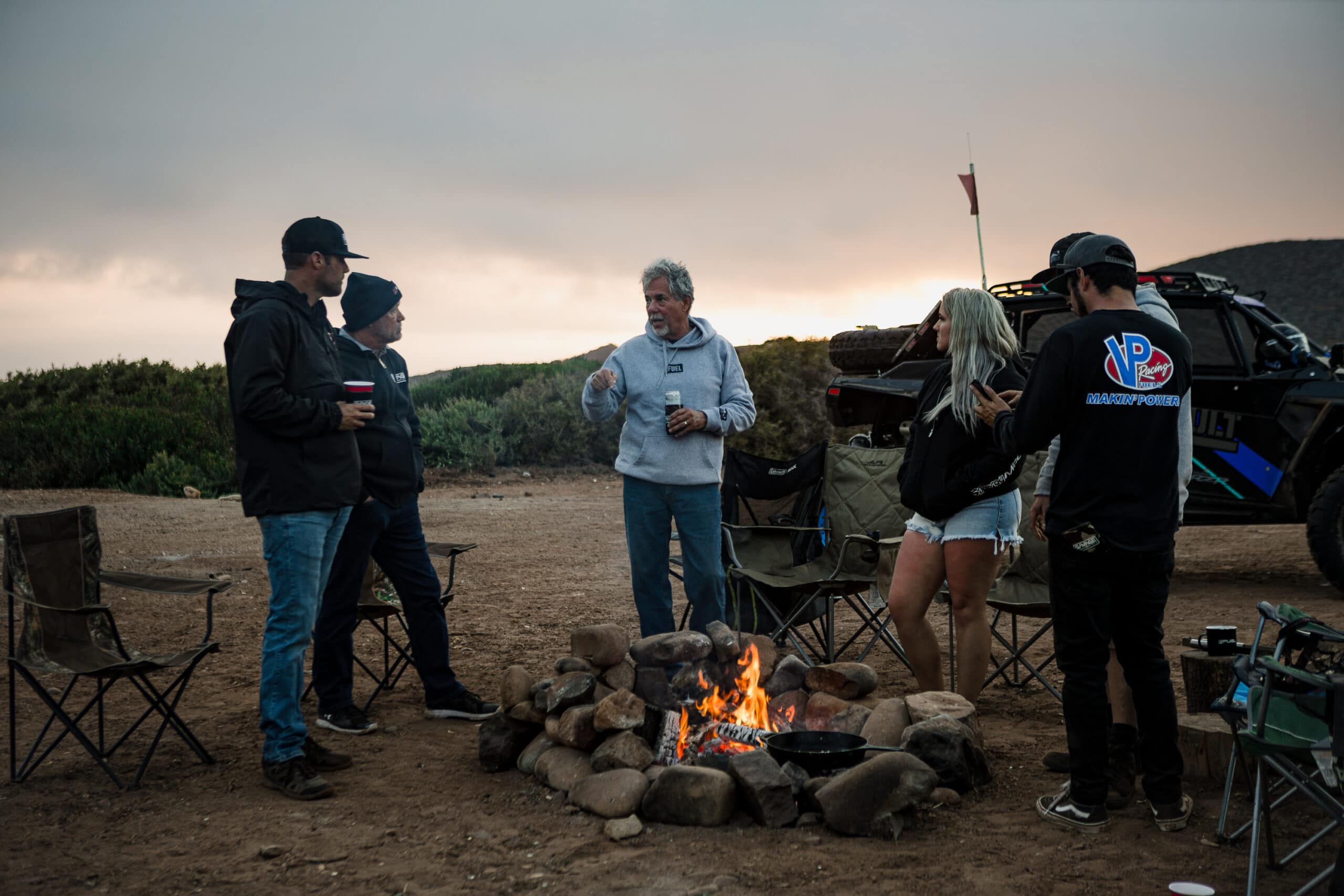 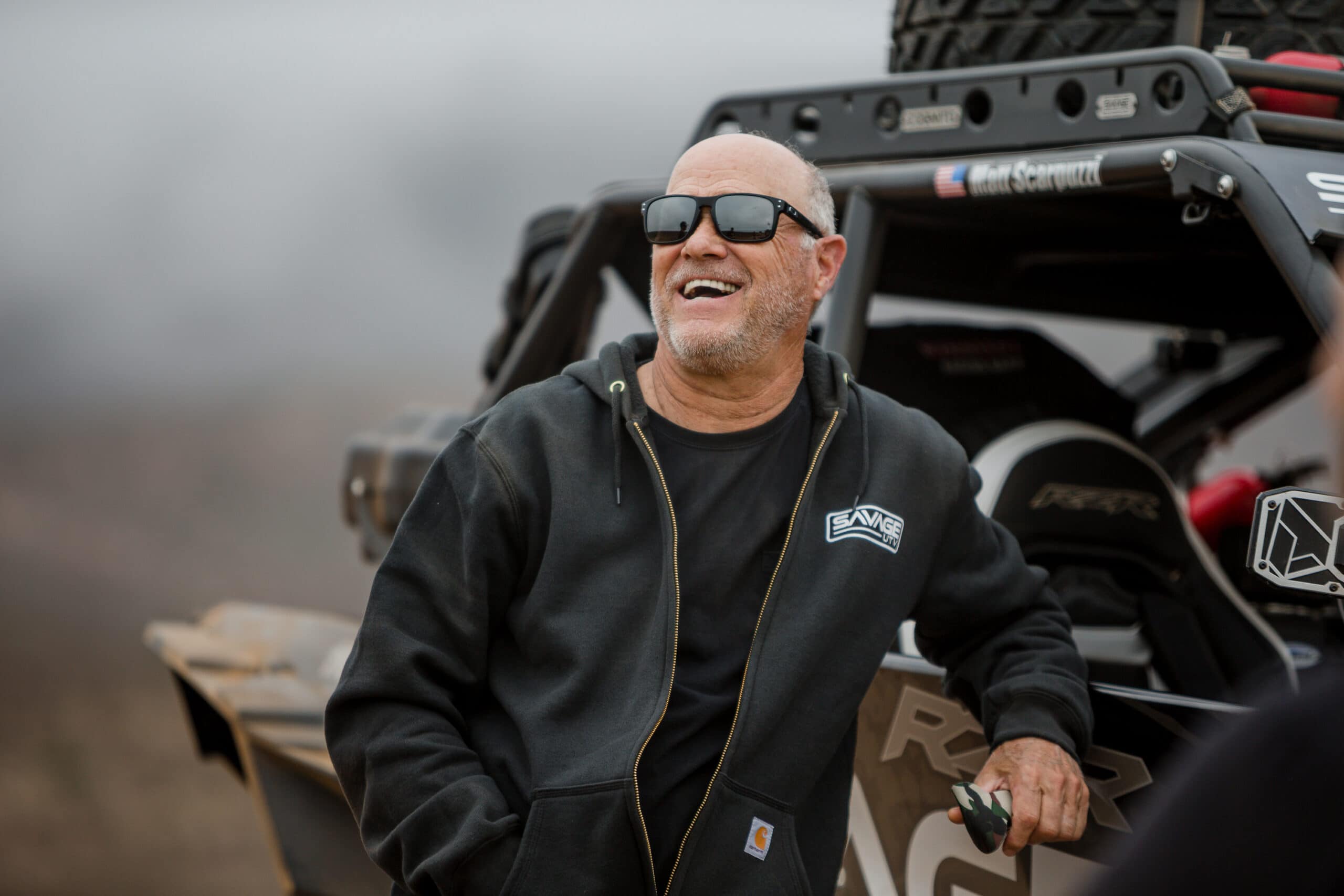 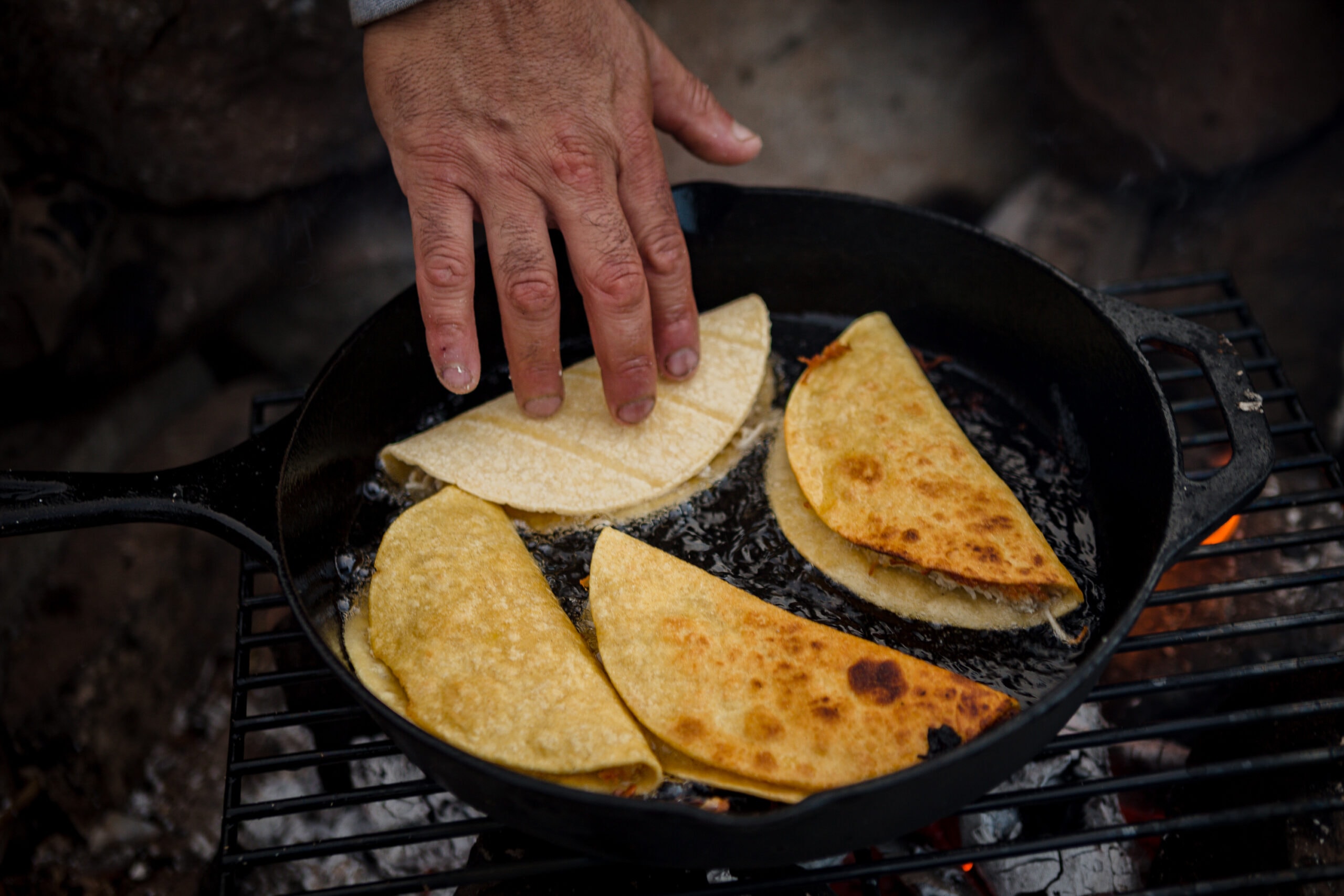 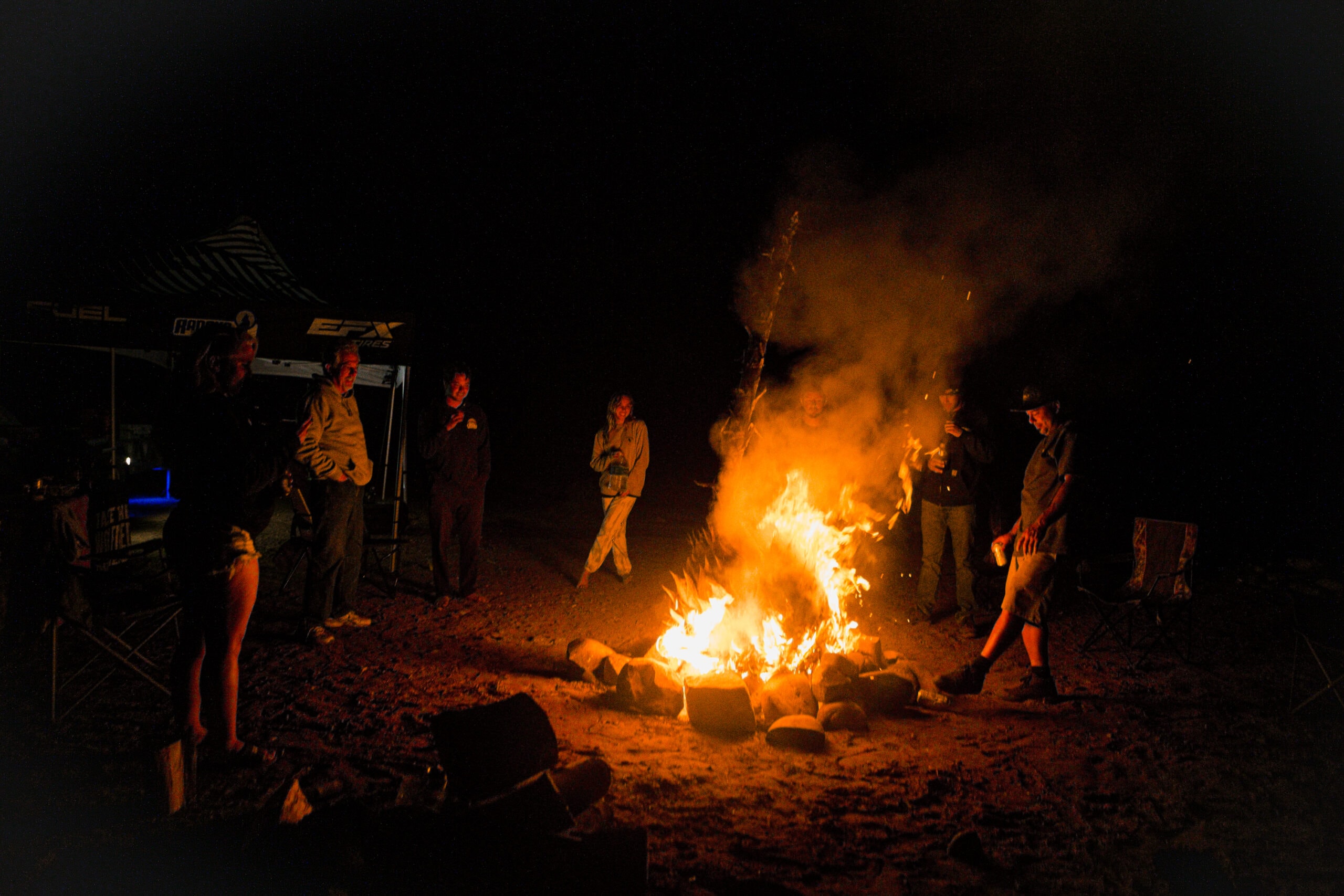 After skillet-fried tacos and a few Tecates, we sat around the fire, hearing stories about how Adrian’s dad Victor first found this spot in the early ‘80s. Since then, the rock formations and bluffs have changed, as the climate changes around them. Matt’s dad had an entirely different world of stories to share, from his career as a whale trainer at SeaWorld. Now retired, Mike shared incredible stories of working with many animals, from dolphins to orcas, and educated us on the behavior of the dolphins we’d spotted from the beach earlier in the day. It was fascinating, and as the fire dimmed and the ocean waves crashed in the distance, we settled in for the night to get ready for another day of adventure. 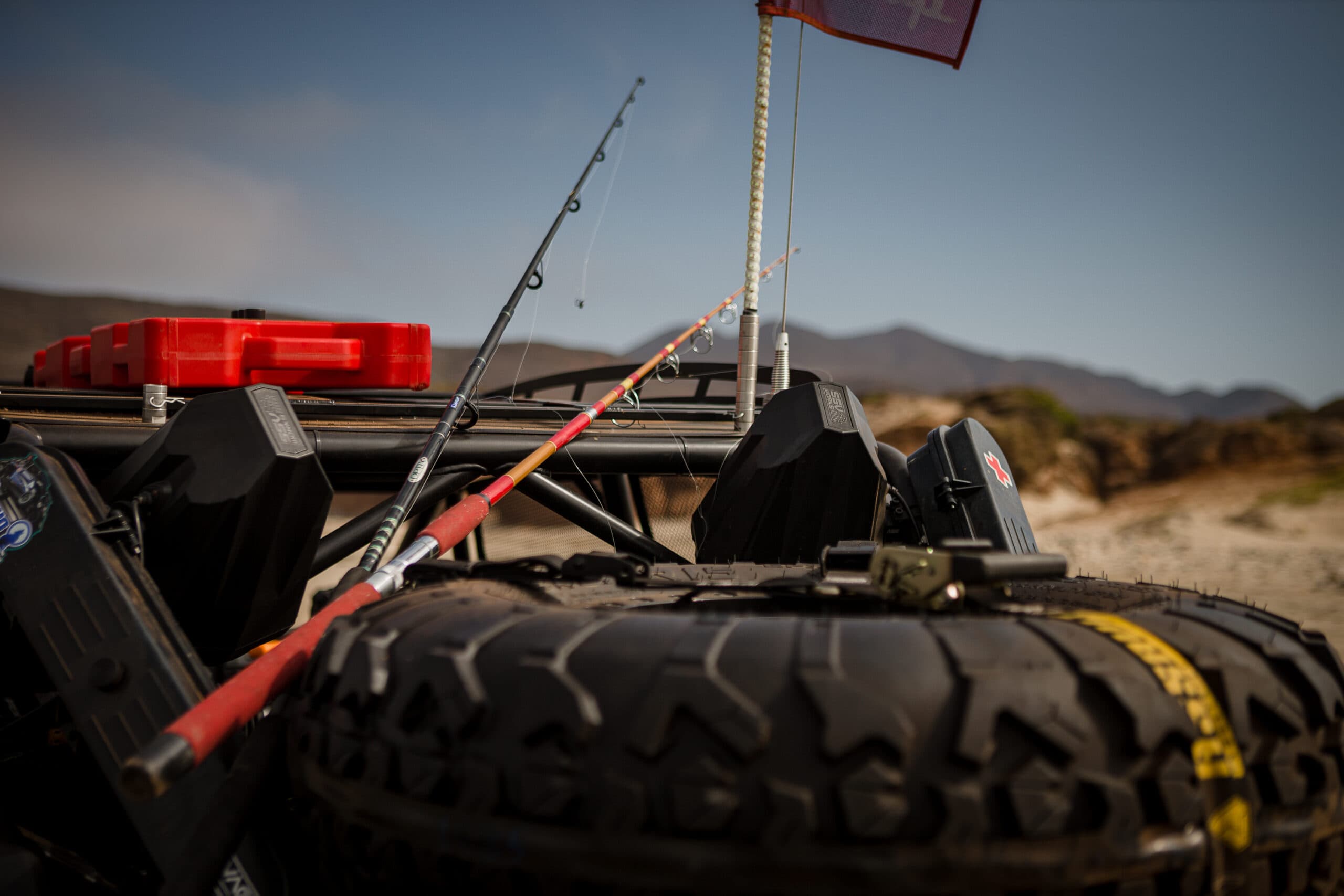 Like many other adventures, some things didn’t go as planned. We had our route picked out to head to San Quintin, but after the group discussed that, they didn’t want to leave; they were having a great time right here. I couldn’t blame them. But we were here to go on an adventure and search for the spirit of Baja, so we weren’t just going to sit on the beach all day and fish. Eventually we rolled out, setting off for another adventure utilizing the Baja 500 racecourse and a path we’d laid out with onX Offroad. The goal today? A quest for delicious burritos.

On the racecourse,we saw remnants of trophy truck crashes, with  pieces of fiberglass bodywork scattered across the desert floor. As we headed on our epic burrito quest, utilizing Go and Track features on onX Offroad, we could keep an eye on our speed, track and average speed in real-time. At one point, we hit 80 mph along a straight section. Adrian remembered being in this area as a kid and seeing an ocean blowhole formed by rock formations and the tide conditions, but alas, we were unsuccessful in our pursuit to find it. At least we were successful in finding more interesting and unique landmarks for future campsites along the coast. We marked the waypoints and saved them for a later date. We finally reached our destination village and headed back after eating our delicious burritos. We spent the rest of the night hanging around the campfire, frying the fish we caught earlier in the day, and learning more about each other. A few surfers camping nearby brought a dead yucca tree over to our camp for a large, roaring bonfire. It was interesting to hear their perspectives on why they chose to come down here and explore, but learning more about Chloe and Mike’s experience with us on this trip was the highlight of our campfire. They had never been to Mexico in this way before; they’d only stayed at resorts and hotels in big cities. After exploring Baja independently and camping where the land and sea suited us, they had a newfound appreciation for the magic of the place. On this last night, that is when I knew we found the Spirit of Baja. It is often said that “beauty is in the eye of the beholder,” but to be the beholder, you have to be present. Beauty is much more than the visual appearance of something. That applies to Baja; it is much more than the beautiful coastline or rolling hills in a JPEG. Adrian and Matt are racers and have been racing for years, but when they have the opportunity to slow down and enjoy Mexico for its beauty, culture, and experiences, they appreciate its magic on a different level. That’s the Spirit of Baja. It’s not a single vista or pre-set experience. It’s creating an adventure of your own and sharing new experiences with people along the way.

At the trip’s end, we’d had nothing but good times on a fun adventure, and thankfully we had onX Offroad to help get us there. It made our hunt for the Spirit of Baja easy, knowing we had our entire trip planned out on our phones and tablets. Preparation was everything, and mapping was one of the most important factors when it comes to planning this trip. Our trip came to a close the next morning, rolling into Ensenada as we prepared for our trek across the horrid border traffic and crowded cities. But we’d always have this memory as the trip where we enjoyed Mexico, met the locals, met new people, and shared adventures. We left with smiles on our faces, having found the Spirit of Baja.