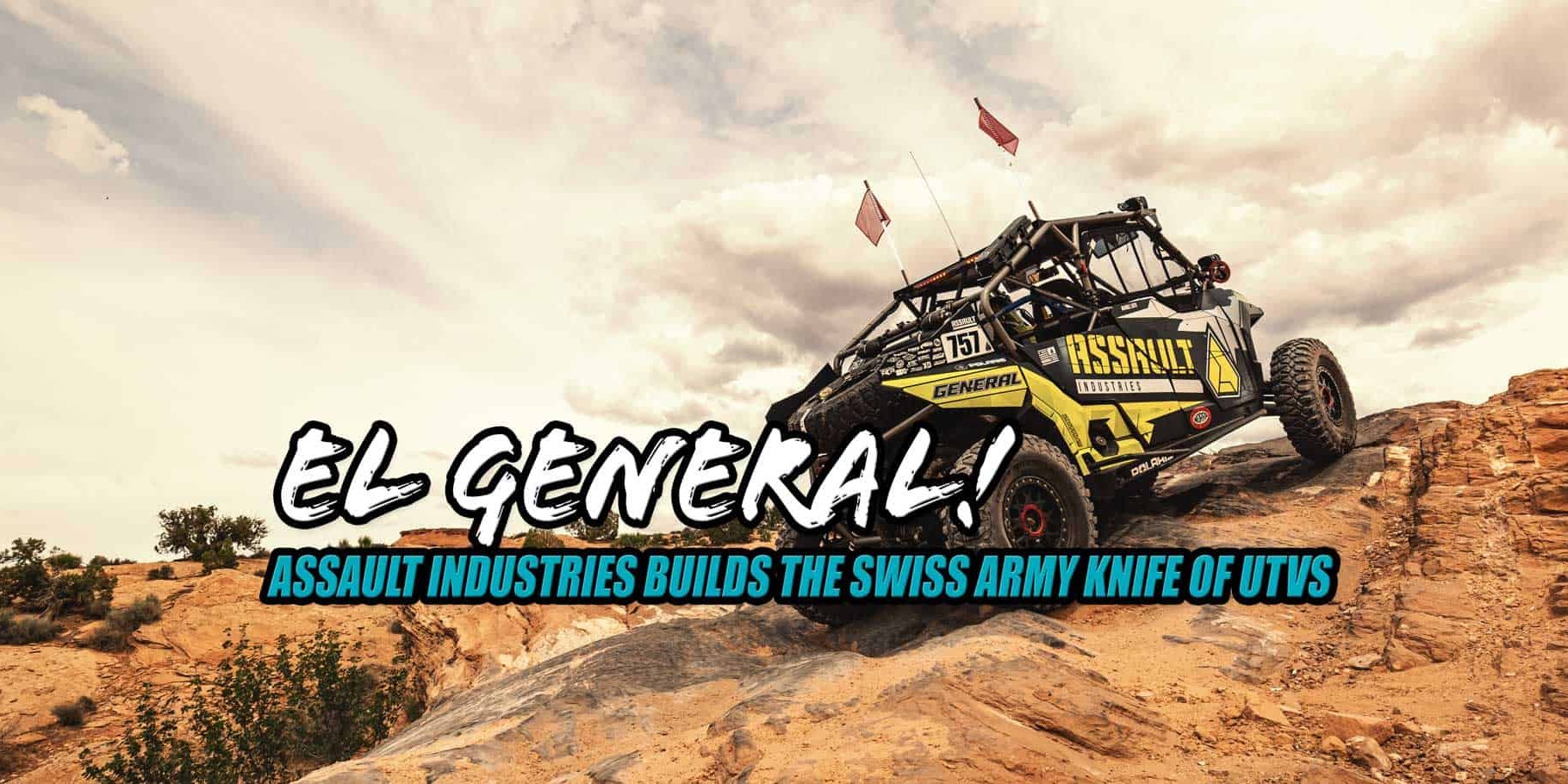 When normal people set out to build a race UTV, equipped to survive and conquer the wild terrain of the Baja Peninsula, there are two obvious choices that come to mind when selecting a platform to start building upon. In the short history that both of these platforms have been on the market, the Polaris RZR XP 1000/Turbo, and the Can-Am Maverick X3 have traded off winning almost every race in the desert, having received nearly zero competition from any other platform available today, and therefore should make the most logical sense to be THE vehicles of choice to start with… Right? 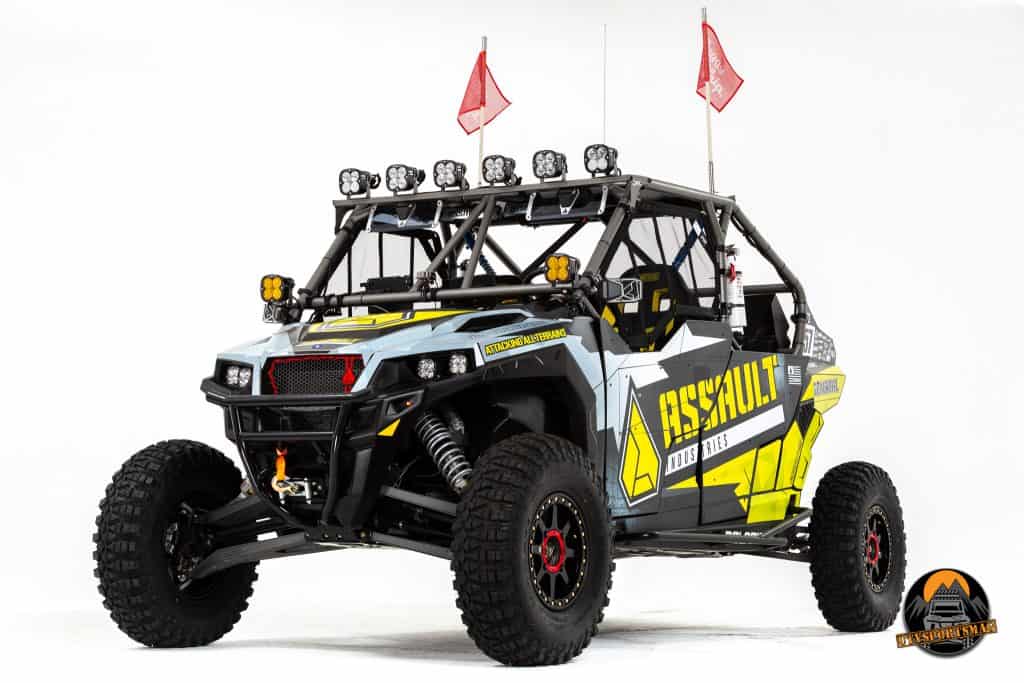 Well, with that being said, normal people usually build race vehicles with the sole purpose of winning races. But, what if you aren’t normal? What if you want to build a race vehicle that stands out from the crowd, and that serves a purpose extending far beyond the finish line? If you ask the mad scientists, a.k.a. Marcelo Danze and Manuel Soto, over at Assault Industries, their answer is the machine you see before you now; the lonely, confused, and often overlooked Polaris General 4. 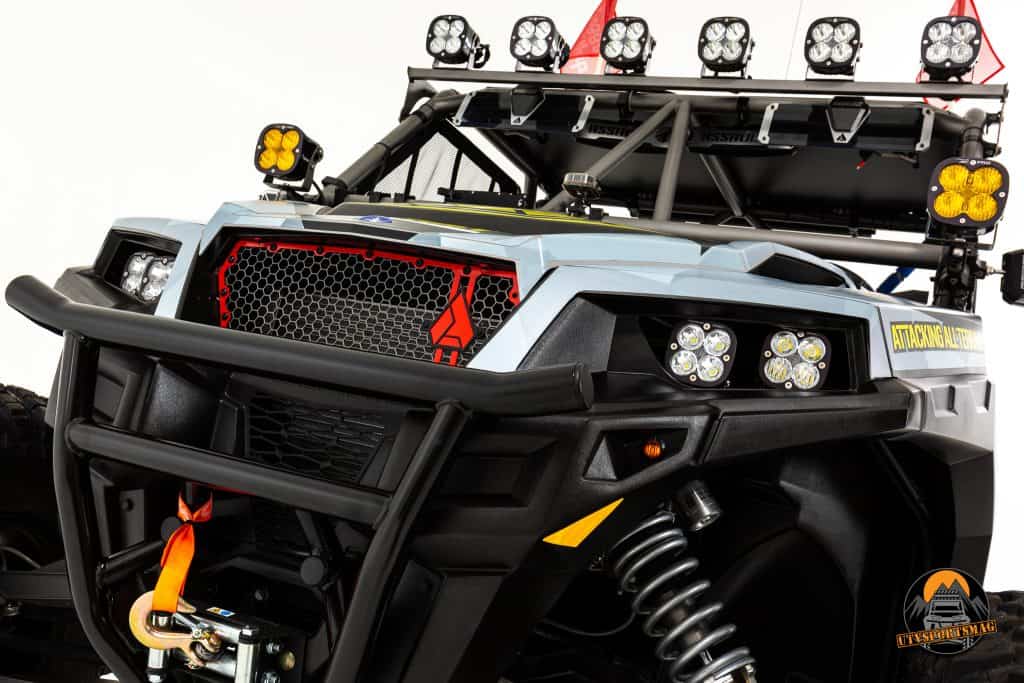 Why would we call the General 4 lonely and confused? This machine is kind-of the black sheep of the Polaris side-by-side lineup. It lacks the performance-focused engineering of the RZR XP, and does not have the full purebred-workhorse capability of the Ranger Crew XP. This machine would be more at home being driven very spiritedly around a farm, or aggressively cruising trails with the family, not blasting through the desert in Baja. Marcelo is not one to back down from a challenge though, and the General is positioned as a “Sport Utility” side by side; a “crossover” between the RZR and Ranger lineup, so with a few modifications, it aligns perfectly with Marcelo’s crazy idea for a true can-do-it-all UTV. 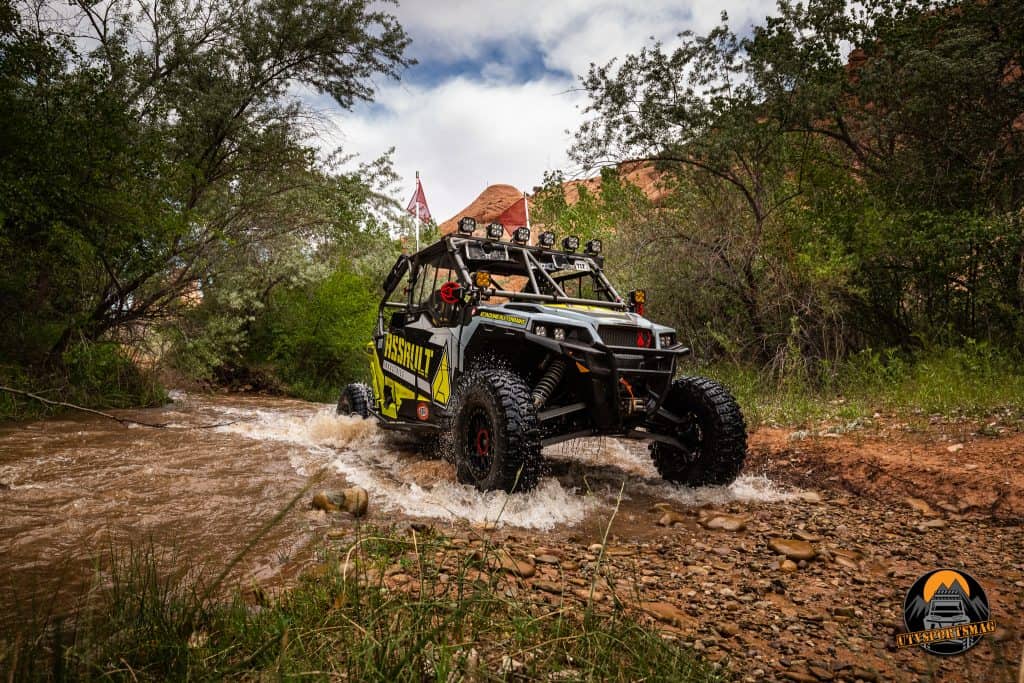 Upon arrival at the Assault Industries HQ, Marcelo and Manuel had only a few short months to prepare “El General” for its first test; racing the NORRA Mexican 1000. Manuel quickly went to work disassembling and 3D scanning the machine in order to design and manufacture a roll-cage to meet NORRA’s safety requirements, and the stock suspension came off to be replaced by HCR Racing’s Long Travel kit. Adding 5 inches of width per side made El General much better suited for high speed desert driving, and a set of custom Walker Evans Racing shocks were built to reduce the risk of Marcelo and Manuel coming back a few inches shorter from 1000 miles of racing through Baja’s notoriously big bumps. 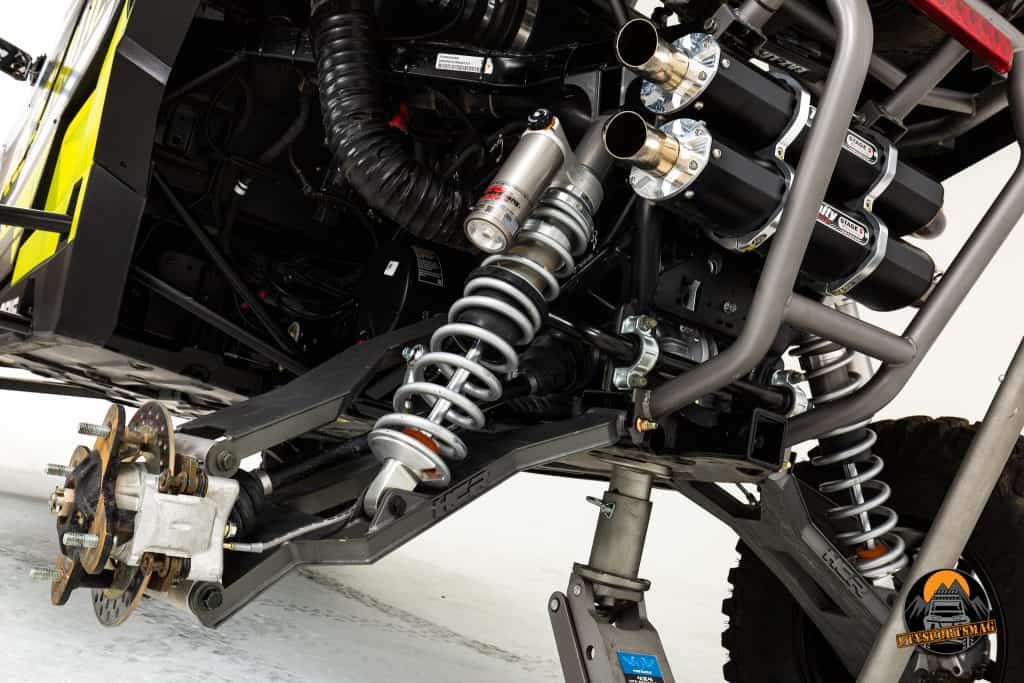 With 100 horsepower on tap, El General’s engine was mostly left alone, besides the Trinity Racing Exhaust, an S&B Filters Intake Particle Separator system, and a bit of EFI tuning from DynoJet, but the transmission was swapped out with a beefed up 2015 RZR XP unit. The swap was necessary to increase the top speed for race duties, and remove the no longer needed Turf Mode. DynoJet also came in clutch with a clutch kit (HA) and the power is then transmitted to the KMC XS235 Grenade Beadlock wheels and GBC Kanati Terra Master tires through Assault’s own Black Ops Heavy Duty axles. 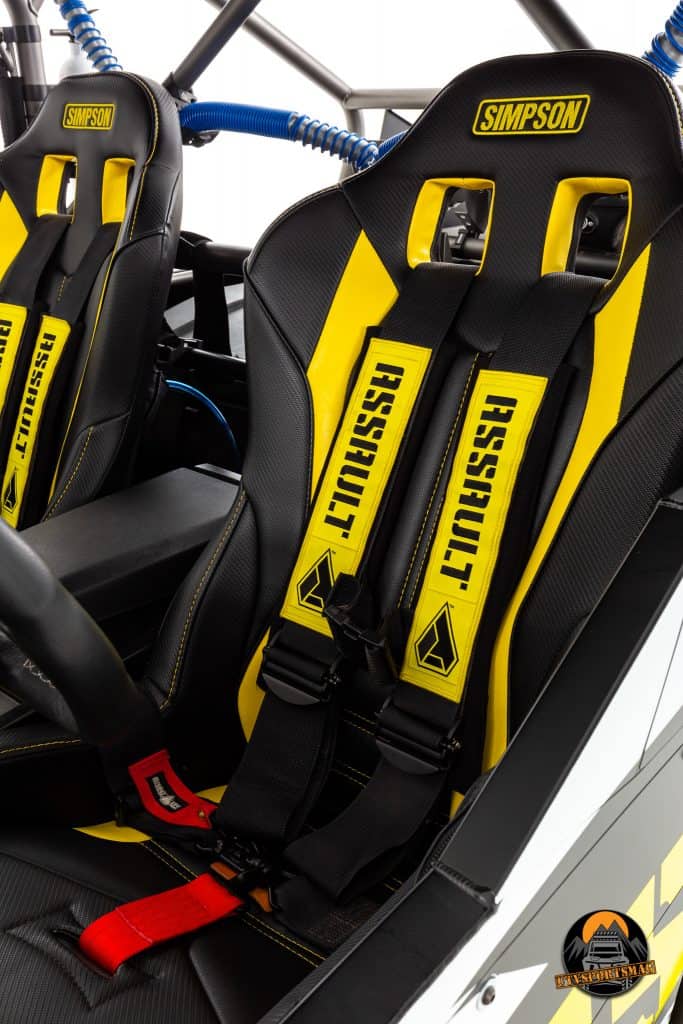 All four of El General’s stock seats were removed, with the front seats being replaced by electrically heated Simpson Pro Sport units paired up with Assault’s 5-point racing harnesses, and the rears were replaced with storage boxes to hold all the might-be-needed tools and spare parts. Rugged Radios supplied all the communication equipment and fresh air pumper necessary for race use, and the rest of the interior was dressed out with Assault’s full line of accessories.

Because the Polaris General is not your everyday race machine, Manuel also had to design aluminum doors and the framework to hold them in place. The stock bed was removed to make way for the race cage, and aluminum rear fenders were constructed to keep the lines of the stock bodywork. The whole thing was finished off and made race-ready with a beautiful wrap by Octane Ink.

With the build being completed the week before the Mexican 1000 was set to take place, minimal testing was done, and I met Marcelo and Manuel at the studio to capture a few beauty shots of the car before its 1000 mile journey through hell (Baja is beautiful, but terribly hard on equipment). After taking just a quick look at El General, it was clear that they were taking this whole thing very seriously. Every aspect of this build is incredibly well thought out, every component has its purpose, with reliability and usability being the main focus throughout the design process.

The duo couldn’t have been more proud of their creation, building a race vehicle in a few months is not easy, and much less so when utilizing a platform that has no racing pedigree. Neither of them had ever actually competed in a race, so this journey would be a true test for man and machine. But in the end, they succeeded; El General emerged from the Baja desert with nary a scratch on the bodywork. Finishing 4th in class and 67th overall, it was a win for Marcelo and Manuel, and the whole Assault Army… But the journey doesn’t end there. 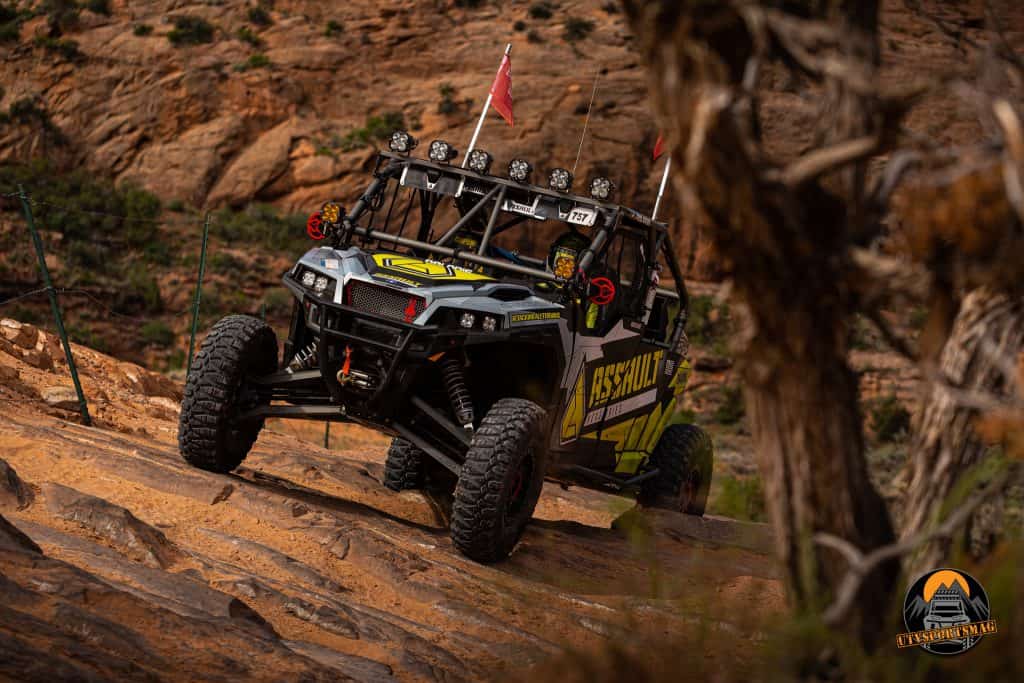 While already gearing up for the next phase of the build, we had a chance to ride with Marcelo and El General at Rally On The Rocks in Moab, UT. Marcelo rolled up with the car looking nearly as fresh as it did in the studio a month before (without even prepping it after the race), and we embarked on several fairly aggressive rides over the course of the week. It was rad, and a bit of an odd sight to see this race-built General crawling around the scenic red rock trails of Moab, but it definitely looked at home ripping through the tree lined trail at the bottom of Steel Bender. In the time since we’ve all left Moab and returned back to the real world, El General has been torn down again, evolving for what we are sure will be another impressive challenge at the hands of Marcelo and Manuel. We’ll just be here patiently waiting to see what journey El General will be taking next. Follow along with Marcelo, Manuel, and the crew at @assaultutv on Instagram and the Assault Industries YouTube channel! 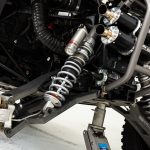 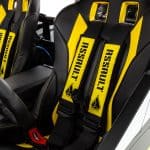 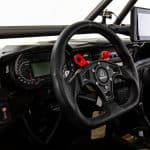 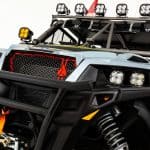 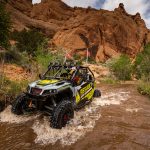 Slaying the Hammers: Can-Am Makes A Statement Once Again
April 6, 2021