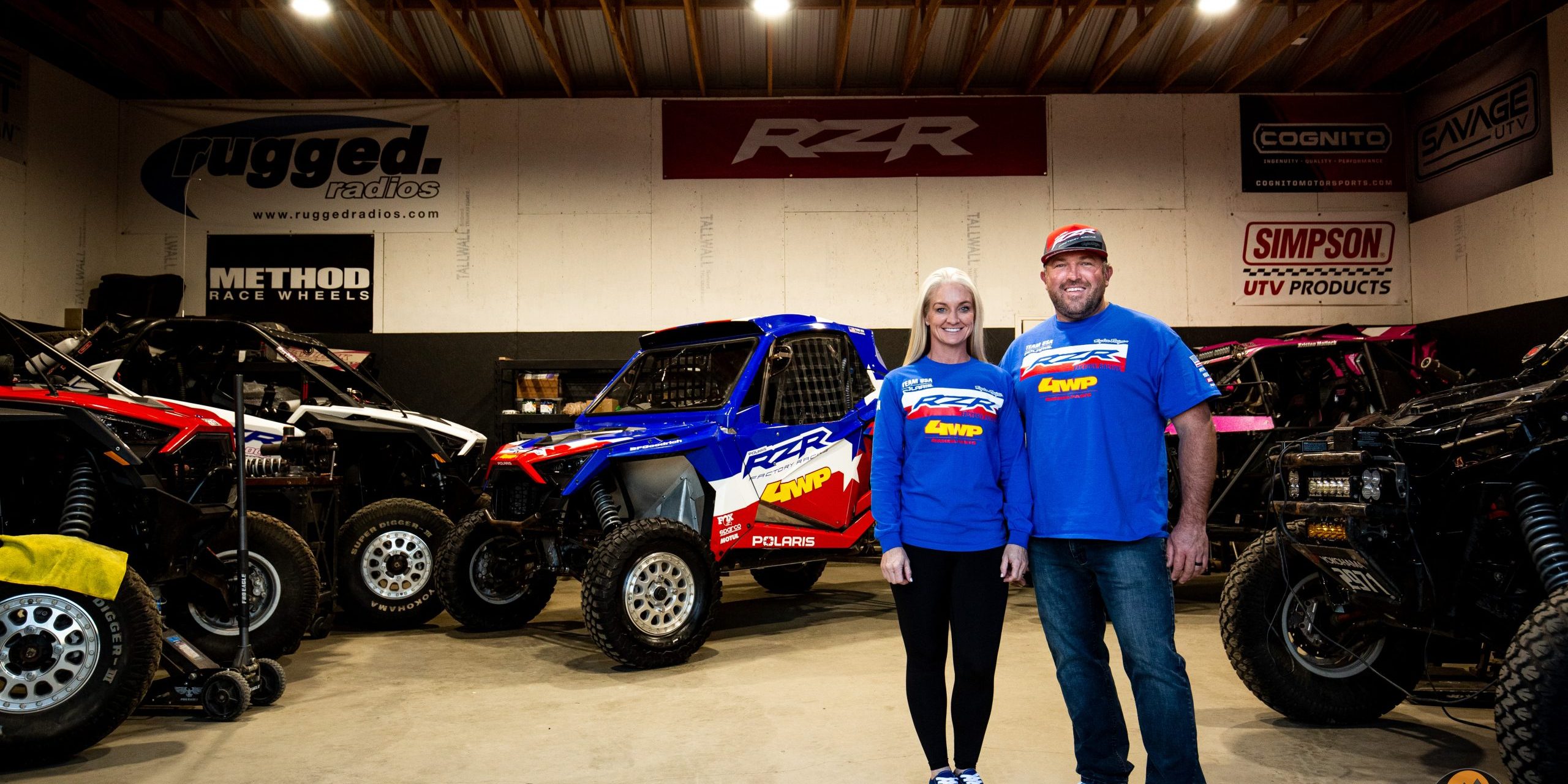 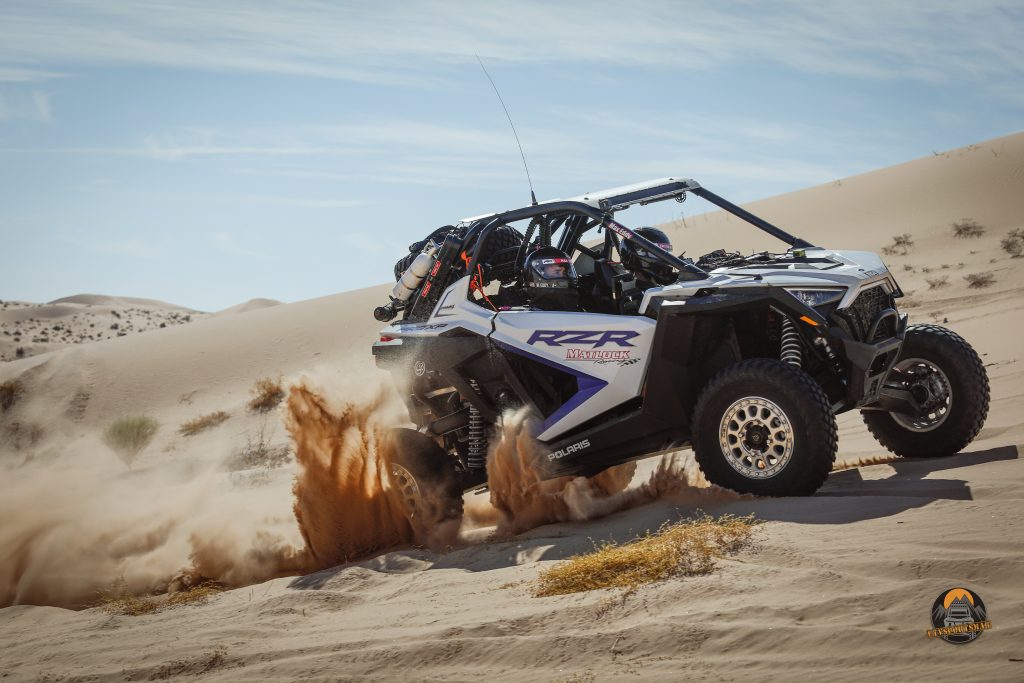 For most off-road enthusiasts, Baja is the mecca for off-road racing. The trials and tribulations that racers and their teams go through to get to the finish line make you stop and wonder why. Now, imagine racing a Baja 500 every day for six straight days, taking a single day off to catch your breath, and then racing six more Baja 500s in a row. This is the DAKAR Rally. The toughest and most taxing off-road race in the world. With the eyes of the global motorsports community on this event, racers from around the world converge on Saudi Arabia to take on this Goliath. If it sounds like I’m pumping up the difficulty of this race, words can’t convey the actual level of difficulty. After all, it’s a total of 4,751 miles of competition over the course of 12 days. The physical and mental toll these miles take on the participants, coupled with the beating the machines take, make this the single hardest race in all of motorsports. 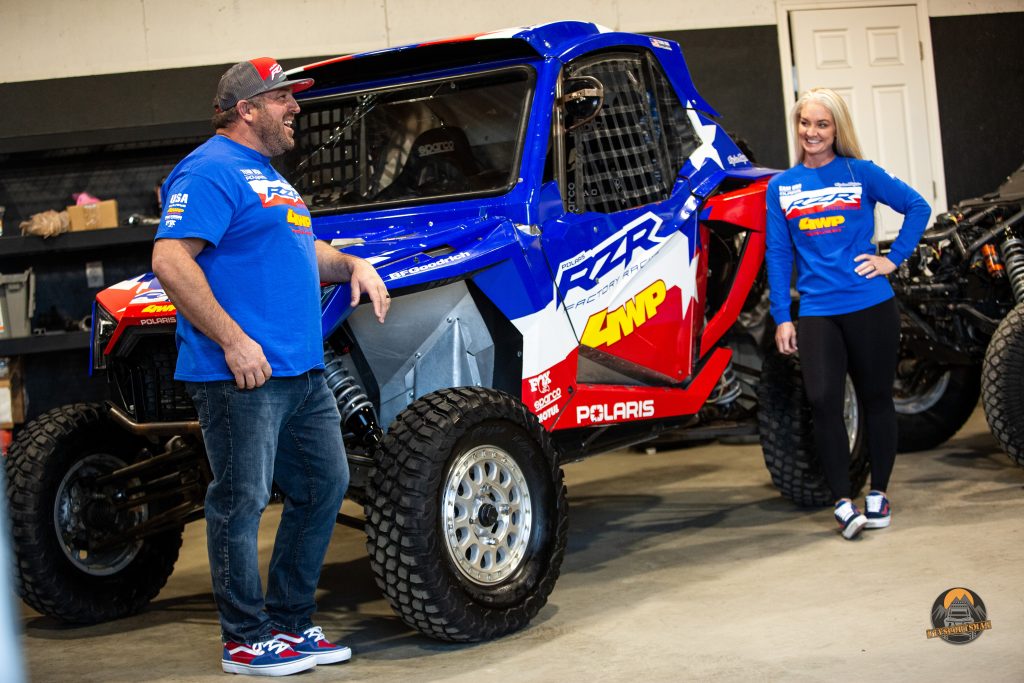 Back in February 2020, Craig Scanlon put together a proposal to Polaris Industries that would bring him, Wayne and Kristen Matlock and the new Polaris RZR Pro XP to the world’s stage. A few months later, cars were being built and preparations were underway. Up until recently, there was a lack of American talent that could win at this level. Every off-road racer dreams of giving DAKAR a shot and a handful have, but few had the means or knowledge to make a true attack on the competition. This style of rally racing is very different from our version of off-road racing. The 2020 DAKAR Rally would prove Americans had what it took to win. Not only was this the first time an American had won their class, but two Americans had won. Casey Currie, taking the win in the SSV class, and Ricky Brabec taking the overall win on a motorcycle. 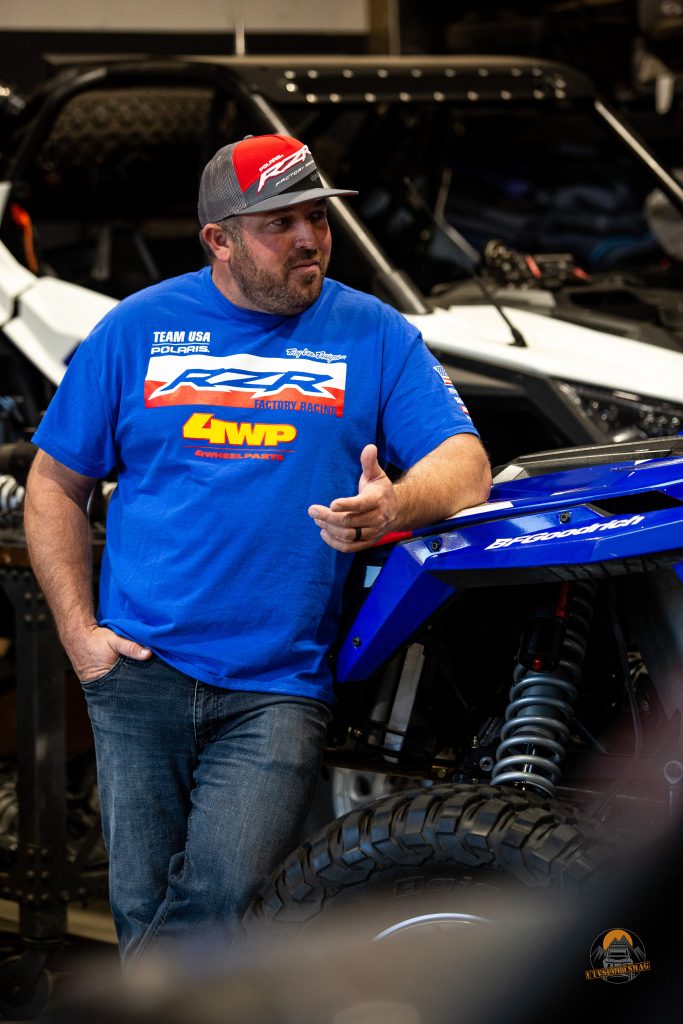 With a stable of talented drivers to choose from, Polaris had the tough decision of figuring out who would best represent the Polaris brand as well as the United States of America. This was a choice that was not made easily. “I was honored to be chosen,” said Wayne, “I don’t want to let anybody down so I’m going to give this my all.” For Kristen, “It started to feel real when they started measuring us for driving suits—it’s been a roller coaster of emotions.”

Between early February and April of 2020, Scanlon, the Matlocks, and Polaris worked through all the details. The Matlocks never really got their hopes up, because they knew the stars would have to align perfectly for this to happen, and there was a lot going on in the world at the time. A few calls with the entire Polaris team, including those abroad, made it feel more real.. But it still wasn’t a full green light. A phone call in May made it all real. There were 5 Polaris RZR Pro XPs sitting at a dealership that needed a ride to Jimco Racing, where they would be built. This is where the real work would begin.

Three of these RZRs would become DAKAR race cars. It was now full steam ahead and an undertaking that the entire team underestimated. “It’s all of our first time, nobody knew what to expect, but they took the lid off and we jumped in the frying pan” said Wayne. The team now had to cram years worth of development and work into a few short months. Jimco designed and built what they thought were competitive cars under FIA and ASO rules. After the first test sessions, a lot of changes were needed, but time was almost out. With Scanlon officially out due to an injury suffered at a prior race, Wayne and Kristen had taken on more than they, or Polaris thought they would have to. Kristen went to work on the logistics, team gear and packing lists. Wayne took to the shop, helping develop the cars, working with Polaris engineers to create the spare parts list and everything needed to race. Every test session saw the cars getting better and better.

As the emotional rollercoaster continued, the cars were behind schedule. Seven engineers from Polaris, along with the Matlock crew, would live at Jimco Racing for weeks. They even worked through Thanksgiving, trying to get the cars to a point that the drivers would be happy with the performance and comfort of the new rig. Along the way, there has been a lot of second guessing. Being so overwhelmed with the workload took its toll on them but with two young boys at home, Wayne and Kristen wanted to show them that no matter how down you are, if you work hard enough you can accomplish your dream. “Each of us would have had weak moments and then one of us would drag the other out of the gutter.” said Wayne. Kristen quickly followed up with “The good thing about us is we work through things together, when one gets down we try and get the other one up, we don’t fall down with them.” As the development and work on the cars continued, the Matlocks continued to run their business and race the scheduled SCORE races, all while doing everything they could to ensure success in Saudi Arabia.

The logistics of this race are overwhelming in itself. Imagine taking 15 of your closest friends to a foreign country to get a job done. Every single part, bolt, connector had to be accounted for, cars had to be loaded in containers with the spares packaged in, and shipped out months ahead of time. The attention to detail at this point was at an all time high, and the list of to-dos kept getting longer as the ship date neared. Missing the first few ship dates, they were able to pull it together and get everything loaded by the last allowable ship date. 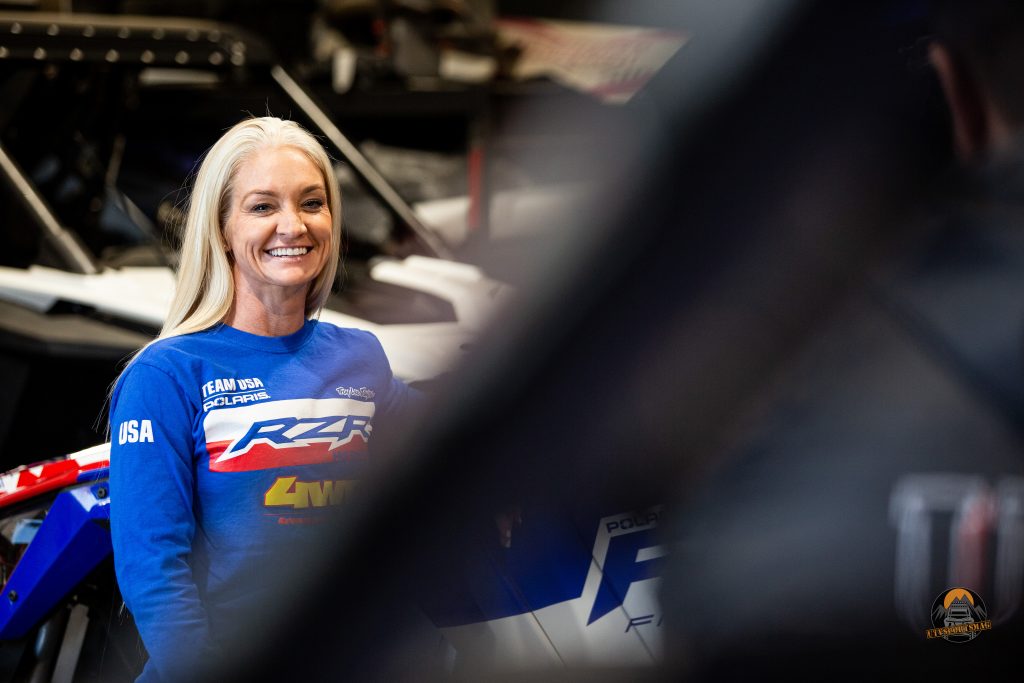 At DAKAR, drivers almost become equals and it becomes a test of who has the better navigator and the most experience. Unlike Baja, there is no prerunning, you can’t create your own map or notes. Every team works off the same road book full of weird-looking characters.  One missed call or missed line will send the team miles off course, leaving them with no real way to get back without retracing their steps. For Wayne, a familiar voice in Sam Hayes will be guiding him through the Saudi desert as his current navigator Daniel will take on the head mechanic duties. “Daniel is the best mechanic I have ever been around and Sam has nautical skills. It’s also been a 20 year dream of Sam’s to race DAKAR”, said Wayne. Learning the road books isn’t easy, it’s like learning a foreign language. During one training session, as Wayne and Sam were looking at the road book they exclaimed “It looks like a deer chasing a buffalo. What the f*** is this?”. As the miles clicked on, they became more comfortable with the notes. For Kristen, Max Eddy would come aboard to give her direction. Max has prior DAKAR experience which is invaluable. Being new to each other, they ran the Baja 500 and the Baja 1000 together. “I can concentrate on driving knowing he is pointing us in the right direction”, Kristen elaborated. 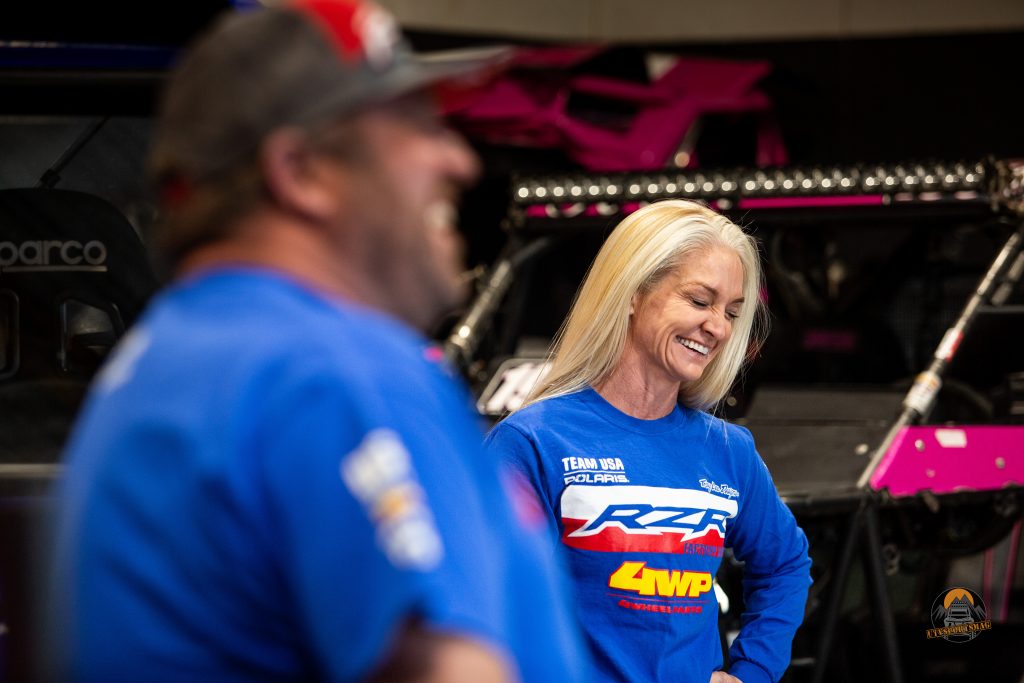 The Polaris DAKAR team is going into the race with their eyes wide open. They know this first year will be a massive learning experience. Both Wayne and Kristen have put a lot of pressure on themselves to do well. “We just don’t want to let anybody down.” said Kristen. They know that a lot of companies have put a lot of time and money behind them and they want a good result. “Nobody has ever won DAKAR in the first few stages, so we are going to run at a comfortable pace and see where the cards fall.” said Wayne.

Through the months of planning, building, prepping and more planning that have created a mountain of emotional and physical stress, the Matlocks and the team backing them still have a very upbeat and playful attitude—they know this is a bucket list race. “I don’t have any misconceptions that we are going to go out there and win every stage and dominate the event, it’s just not going to happen.” said Wayne. Kristen quickly chimes in with “Because I am”. The banter is still there, and it is fun and friendly… But deep down, these are two fierce competitors that seem ready to face whatever DAKAR can throw at them.

We here at UTV Sports Magazine wish the Matlocks, their crew, Polaris, and all of the sponsors that helped get them there safe travels and the very best of luck. No matter the brand you love most, this is the race where we all root for an American to be on top of the podium. We will be following them every mile. Make sure you watch the @utvsportsmag social media for the most up to date coverage of the Polaris journey through the DAKAR experience. 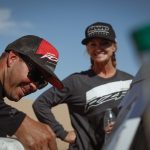 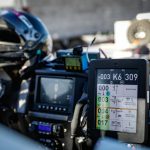 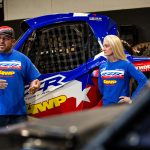 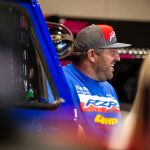 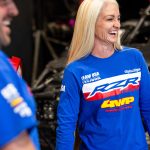 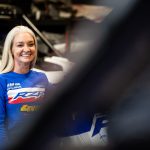