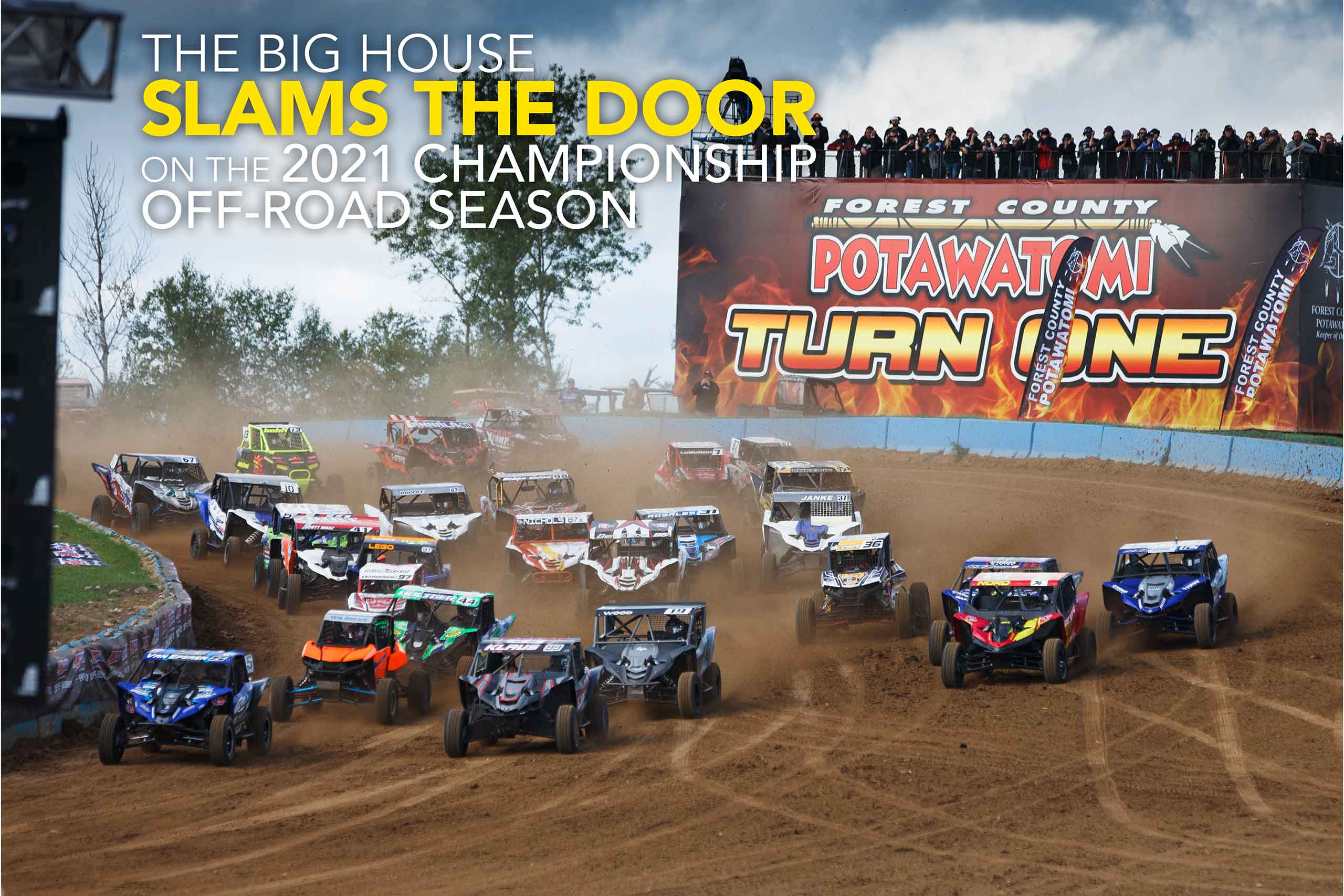 The season comes to a close with championships awarded to the best racers of the season in Crandon.

Story and Photos by: HighRev Photography

Every year, the little town of Crandon, Wisconsin grows about fifteen times its size on Labor Day weekend, for what is the biggest event in short course racing.

Nothing even comes close.

Surrounded by 400 acres of beautiful trees and grasses, you can feel the magic and the history that encompasses the track the minute you enter into the facility. For 52 years drivers have been racing around the track all trying to become a Crandon World Champion, a title every off-road driver covets.

Desert racing has the Baja 1000, NASCAR has Daytona, Indy has the Indy 500, and Crandon is our Super Bowl.

The weekend always kicks off on Friday in downtown Crandon where the racers park along the main street and interact with fans signing autographs, catching up with other racers and enjoying the calm before the storm.

When the clock hits noon the city’s siren marks the start of the parade where local businesses and some of the town’s citizens lead the way followed by the racers who toss out candy to the local kids.

With the season coming to an end on Saturday, it would be time to crown the champions in each class. In Pro Stock all season long it was a battle between CJ Greaves and Brock Heger both who dominated the class each being the only winners all season.

Heger had a good size lead going into Crandon, where he could coast around the track and still secure the championship, but that isn’t his style. Heger got the hole shot going into turn one and never looked back, winning the final race of the season and going out on top. With the championship win, he also took home $15,000 courtesy of Yamaha.

In the Pro Mod class, things have been a little more spread out among racers as far as wins go, but it would still come down to either Andrew Carlson or Rodney Van Eperen with VP leading the points coming into Crandon.

Like Heger in Pro Stock, VP would need to finish pretty far back in the field with Carlson winning to give up the championship. While taking it easy was an option, Van Eperen didn’t have that in mind.

Off the start Carlson would lead with VP close behind giving chase hoping for a mistake but Carlson never made one.  Clicking off laps the two would drive around the track in sync with one another with Carlson taking the checkered flag first.

While excited with the win, it just wasn’t enough as Van Eperen still would walk away with the points championship and $15,000 as well from Yamaha.

With the championships decided, it was time to race for bragging rights and another $15,000 courtesy of Lucas Oil Products who came on this year as a big sponsor of Crandon and the two Pro SXS Classes putting up $20,000 total for each class.

Brock Heger didn’t skip a beat and at the green flag came out like a rocket ship grabbing another hole shot where he would lead the majority of the race in front of CJ.

Right before the white flag however Heger would make a small mistake, giving the lead over to CJ. However, instead of seeing white Heger saw red and attacked CJ in every corner, finally getting around him just a few turns before the finish to take home the win.  CJ would settle for second with Dallas Nord coming in third.

In Pro Mod, Rodney Van Eperen would get the hole shot this time but short lived as Kyle Chaney would take the lead going into the second lap.  Rodney would have to fall back due to a mechanical issue but his son Owen who started mid pack found his way behind Chaney’s rear bumper.

For most of the race Chaney held on to the lead, but unfortunately he would have to pull off the track with only a few laps to go giving Owen Van Eperen the lead followed by Andrew Carlson and Chance Haugen rounding out the podium and all sharing a piece of the $20,000.