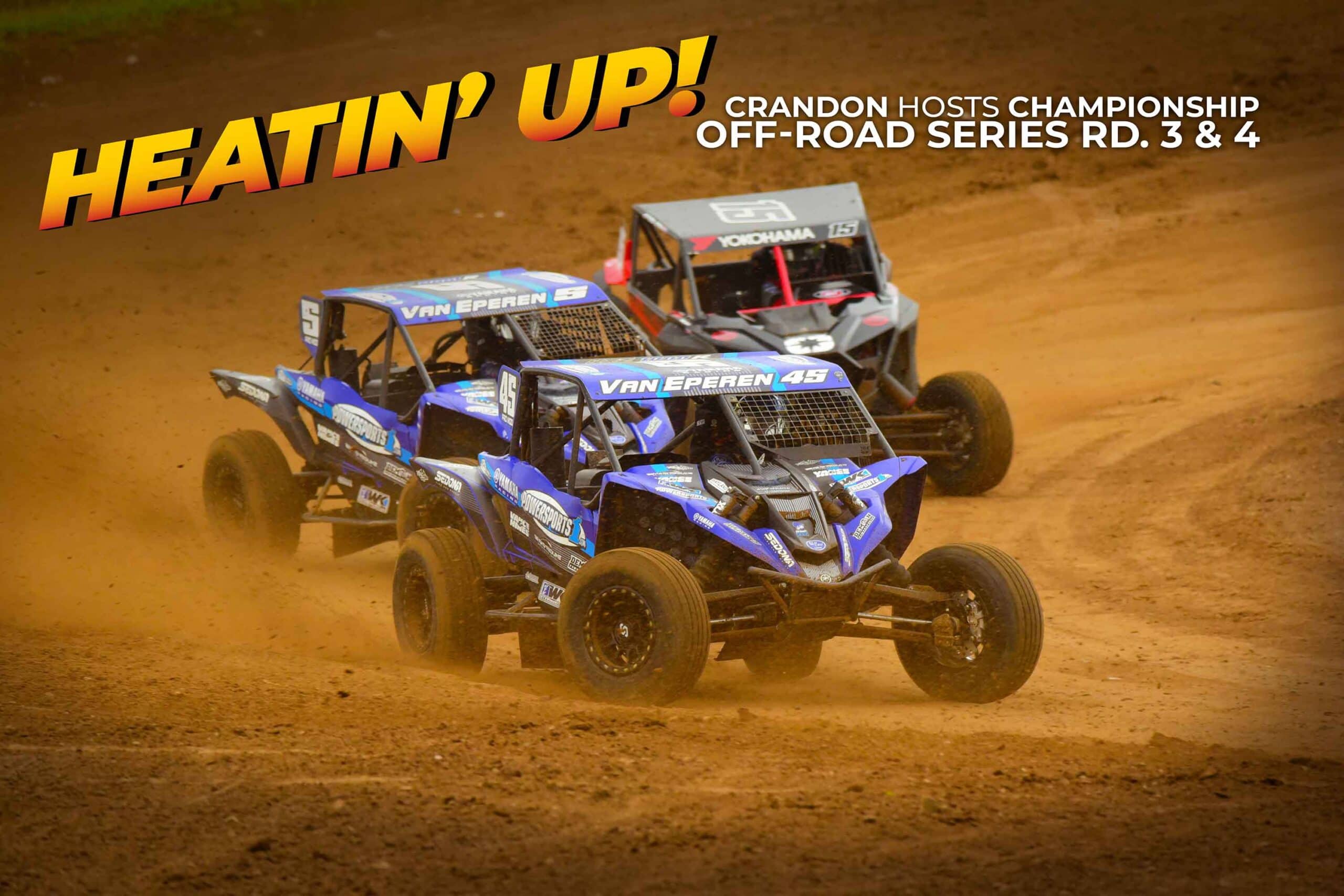 The Race for Pro Stock SXS Title Continues Its Battle

Story By: Staff of UTV Sports
Photos By: SnM-Media.com

Every athletic form of competition has its iconic “holy grail” location; a place so special it defines an entire sport. They are magic places that organically merge time, place and history in locations often imitated – but certainly not duplicated.

For off-road racing, that unlikely theater of speed is Crandon International Raceway. What started as a June tradition nearly 30 years ago, was bigger and better in 2021. Crandon International Raceway hosted the third and fourth rounds of the Championship Off-Road Series, and the six UTV classes brought 125 entries. The two Crandon COR rounds made up the 28th annual Forest County Potawatomi Brush Run.

First out was the 170 class. Beating out 29 other racers, Ellah Holtger picked up the win. But on Sunday, Holtger couldn’t carry the winning momentum to the podium as he was beat by Jayden Dickman bringing home the win, followed up by Kody Krantz and Raymond Deininger.

In the 570 class, the race was dominated by Chase Braun as he swept the weekend with two green to checkered flag wins. With a weekend sweep, Braun solidified his championship run.

Coming into Crandon, it was clear that it was going to be a season-long battle for Pro Stock SXS supremacy between CJ Greaves and Brock Heger. The two Yamaha-backed drivers came into Crandon 1-2 in points after they split the season opening weekend in Antigo. In Crandon, it was another close finish between the frontrunners, this time with Heger holding off a hard-charging Greaves to win both days in Crandon.

On Saturday, Heger and Greaves kept track of one another in fourth and fifth off the start. Two laps in, Greaves made a series of moves that moved him from third to first, but Heger was in tow, gaining second. Heger capitalized on a few small mistakes to dive underneath Greaves through Turn 2 and take the lead before the restart.

Greaves put in continuous attempts, all to no avail, to find different ways to get around Heger. Every time Heger got a little breathing room, Greaves would close the gap. By the time the clock ran out, Heger raced to win number two for the season, and Greaves was in second, less than a half-second back.

The duo of Heger and Greaves had to fight to the front again in Pro Stock SXS on Sunday after landing in fifth and sixth off the start with Johnny Holtger trying to run away with the lead. Greaves worked his way up to second place while Heger was still trying to fight his way up from sixth, however Heger made up ground and caught up to Greaves fighting Holtger for the lead. The trio went three wide running into the infamous Gravel Pit turn with Greaves and Heger coming out running 1-2 dropping Holtger to third.

Greaves and Heger traded paint several times before Heger narrowly split the gap between Greaves and a stalled out car to take the lead. Heger stretched out his lead to over two seconds before finally taking the win, giving him three round wins to Greaves’ one. There’s no denying this will be the battle to watch for the rest of the 2021 season.

Early in Saturday’s Pro Mod SXS race, it looked like Can Am’s Kyle Chaney was going to cruise to a second straight win, but six laps in, Chaney was forced to pull off the track. That allowed a pair of Yamahas to battle it out for the win, and bragging rights at the dinner table.

Round one winner Andrew Carlson (Polaris) put in another spirited run to the podium, finishing third. Brian Waszak secured another top five finish in fourth, with Robert Loire rounding out the top five.

Behind Chaney sat the father-son combination of Rodney and Owen VanEperen. The two were nose-to-tail as they tried to chase down the race leader prior to Chaney’s misfortune. Each time around, Rodney kept his son in check, even though there was less than a car length of separation most of the time. In the end, the elder VanEperen took the win, with the kid finishing second, saying his dad ran a perfect race in the post-race interview.

It took a few laps to get into the lead on Sunday, but Rodney VanEperen made the move on lap three. Unlike the day before, Owen VanEperen was not immediately on his tail. That took a few more laps, but when the father-son tandem hooked up for the second straight day, it was like watching a rerun of Saturday’s race, with Owen trying everything to get the lead.

In the second to last turn, with a little bit of help, the younger VanEperen finally got around his dad. The two headed into the gravel pit turn, where several lapped cars were working through the rutted up turn. Rodney went low while Owen stayed up high, using the lapped traffic as a pick. That was all Owen needed as he powered towards the final turn, held off the elder VanEperen at the line and picked up his first career Pro Mod win.