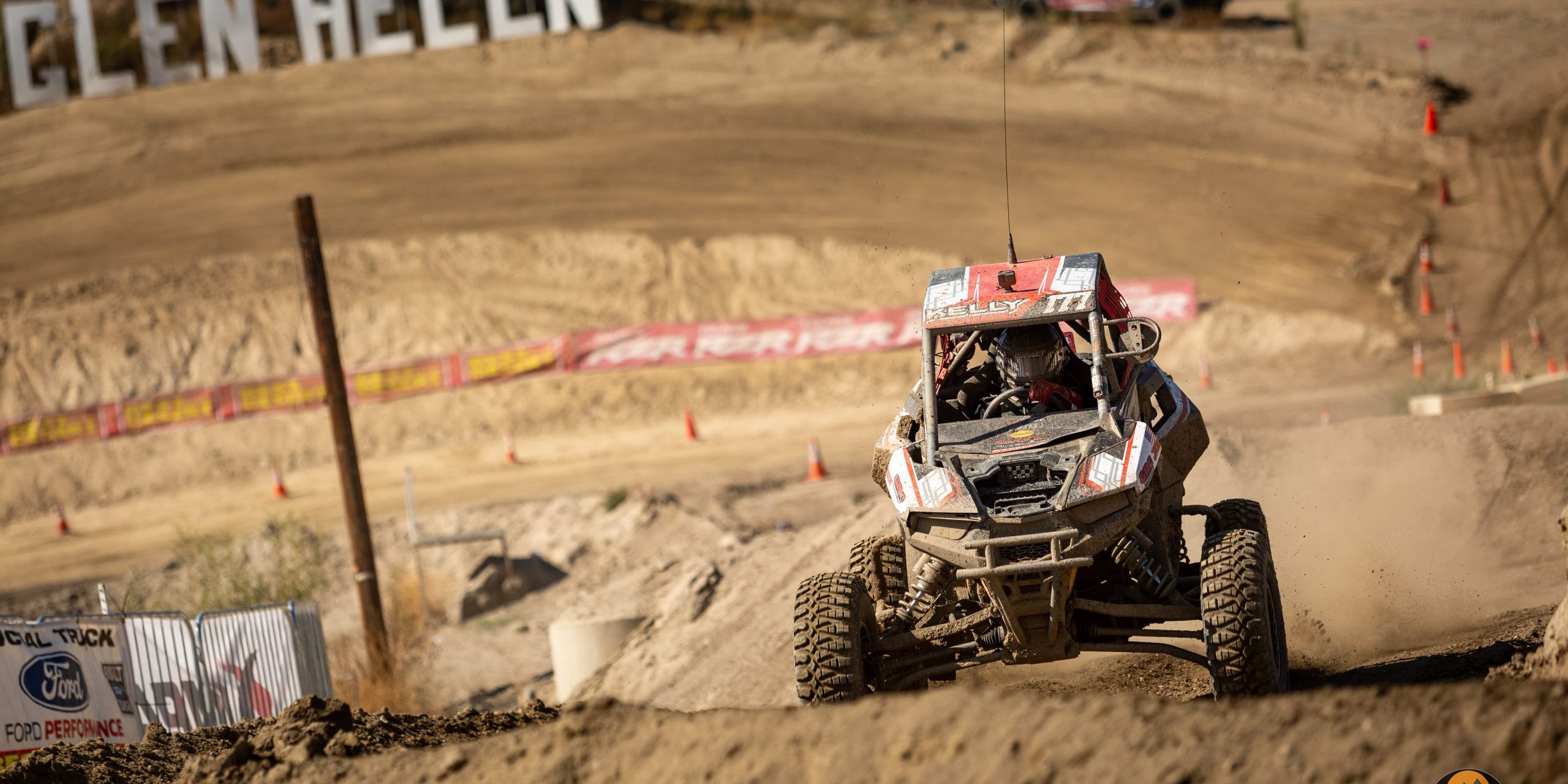 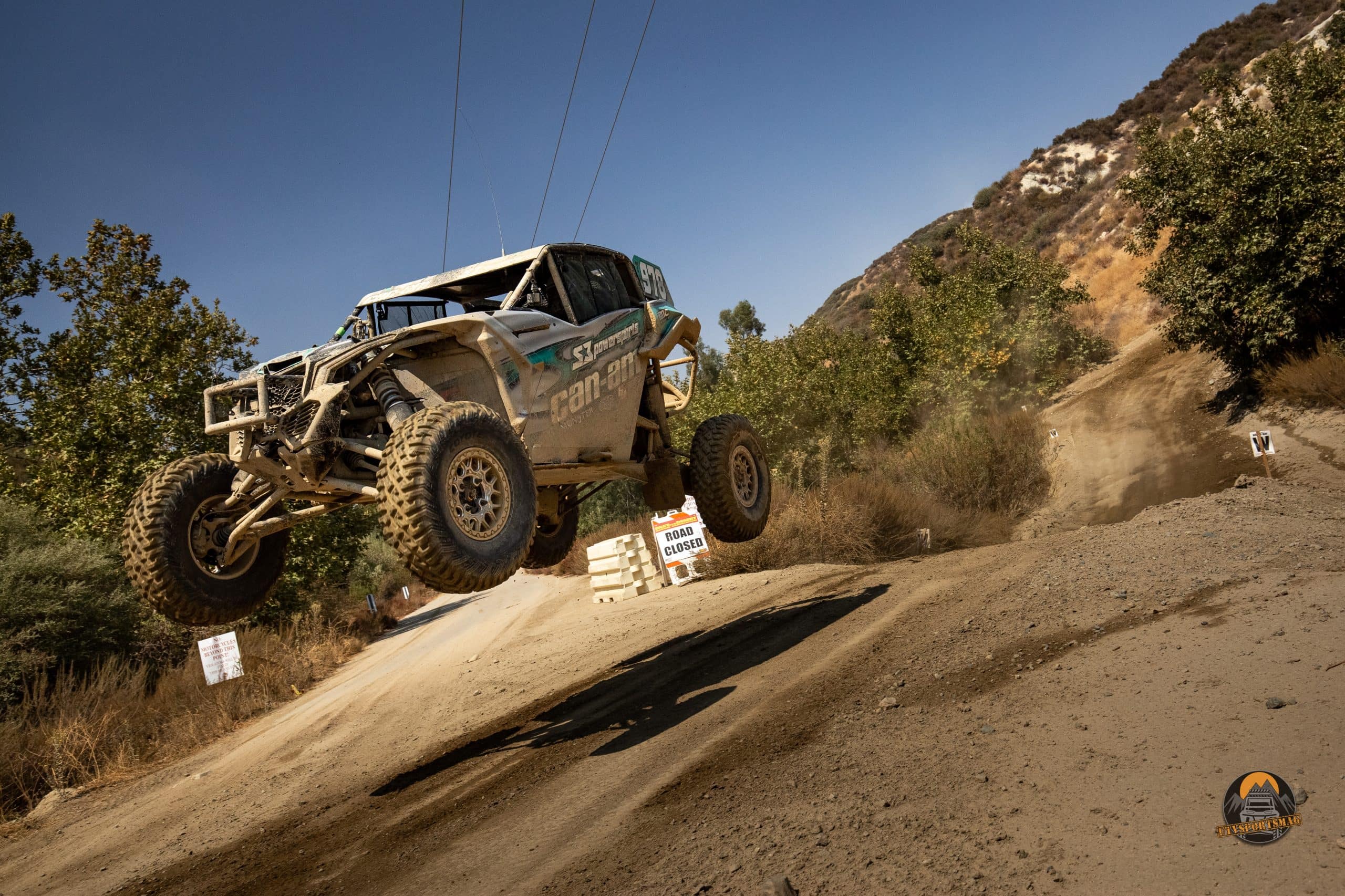 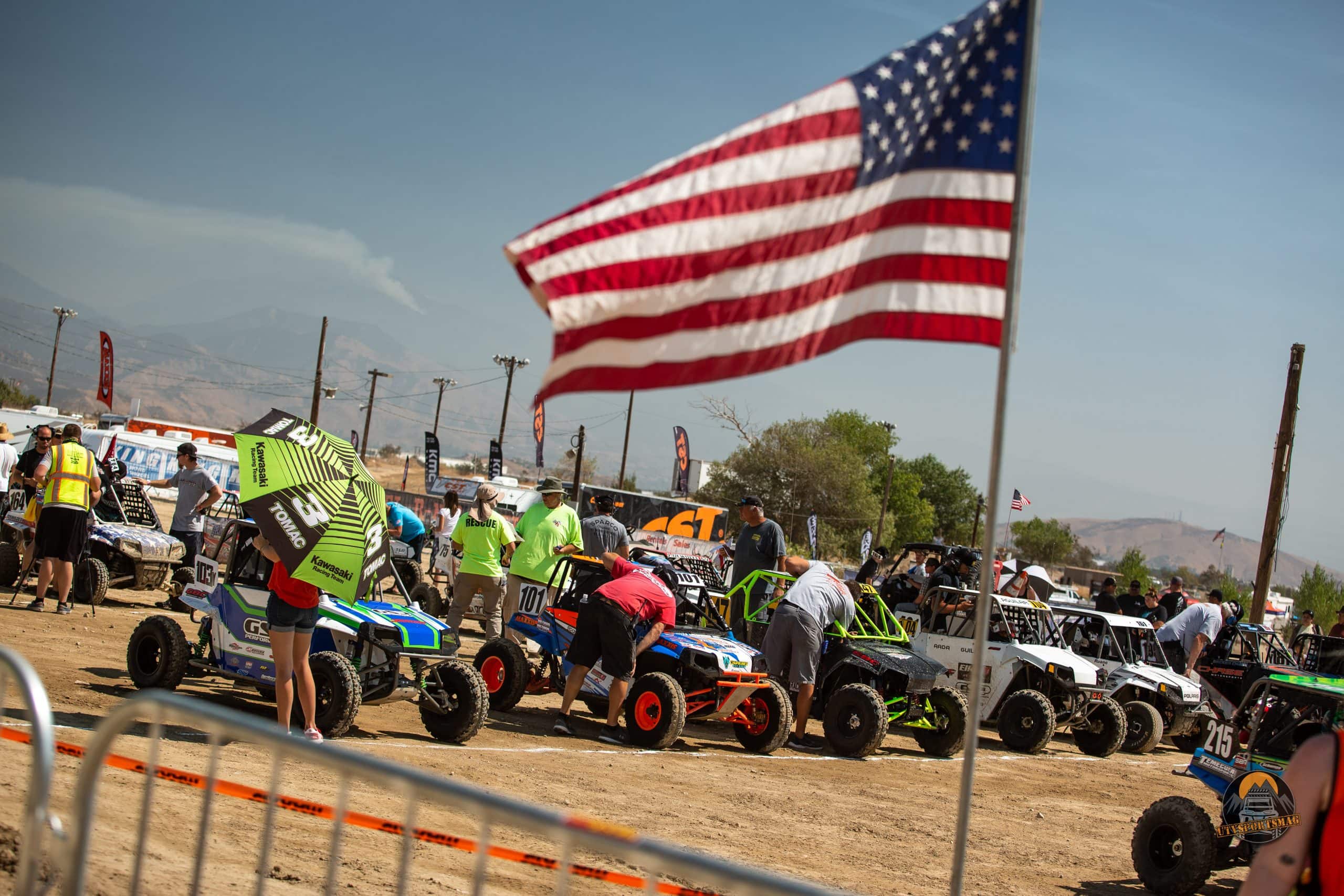 Best in the Desert’s Jagged X National Desert Cup, Presented by Quantum Motorsports, was touted as “A desert race in a class of its own.”, but how could this be? It was held at Glen Helen Raceway in San Bernardino, California; not a desert. Should they have called it the Coastal Sage Scrub Cup? That is the correct description for the local environment. How about the Foothills Cup? All kidding aside, there was plenty of terrain that would challenge racers; desert or not, and we were very thankful that the race was even taking place at all.

Glen Helen is typically a short course style arena, but Best in the Desert racers were treated to some of Glen Helen’s terrain that few get to experience. The course originated at the starting gates used by the motorcycle races. The same land rush style start was used, but there was a flag man as opposed to the drop of the gates. The UTV’s then had to funnel down quickly into a right hand turn. Aggression would be demanded if you wanted to be out front.

Once the course made it up onto the steep ridgelines, dust became a factor. Here is where competitors were both rewarded, and also tested. The ridgelines are rarely used, so few people have actually seen those areas of the property. They ran all the way out to the Glen Helen Amphitheater, made a turn on the pavement, and then took the eastern ridgelines back to the infield, and Lucas Oil short course sections; 7.8 miles in total.

The steep ridgelines added a challenge to the course that had real consequences. If you got off line in the dust, you could end up a long way down into the previously mentioned Coastal Sage Scrub; a tangle of shrubbery that is dense, and unforgiving. That is if you went down on a south facing slope. The north facing slopes are technically chaparral; which means it’s even thicker, and with bigger trees. The combination of natural terrain, man-made jumps, and banked turns, created a playground of fun, and challenging conditions.

Friday was for the Little Rippers. The first heat was for Youth Production 170 Prod/Mod and 250. They raced on a 2 to 3 mile loop for 35 minutes with a grand prix finish. That means that as soon as the leader takes the checkered flag, the rest of the field can finish their current lap. No new laps can be started. The racer with the most laps, and quickest time wins. The 2nd youth race was for Production 570 & 1000/RS1. They raced on the same course for the same 35 minutes. If you think that’s not a long time behind the wheel, you have to remember that there are no sections where you can take a breath, or reset your focus. It’s maximum effort the entire time. Most desert races allow some opportunities to stretch, take a drink, or relax your grip on the wheel. The youth format was typical of their events. Kids tend to have short attention spans, and the thought of these young children heading out into the wilderness brings terror to everyone involved; partly due to their fearlessness. Those who have watched youth racing can attest to this. Most of these kids don’t even know what the brake pedal is for. If you haven’t watched them race, you’re really missing out. Winners on the weekend in 170/250 classes included George Llamosas in 170, Chaden Zane Minder in the 250 class, and Jacob Williamson in 170 mod. In the 1000/RS1 class, Dallas Gonzalez was 1st, Kaden Danbury 2nd, and Colton Damon 3rd. All 3 completed 13 laps. The 570 class was won by Chase Mankin. Paxton Schendel was 2nd, and Kendall Felker 3rd. 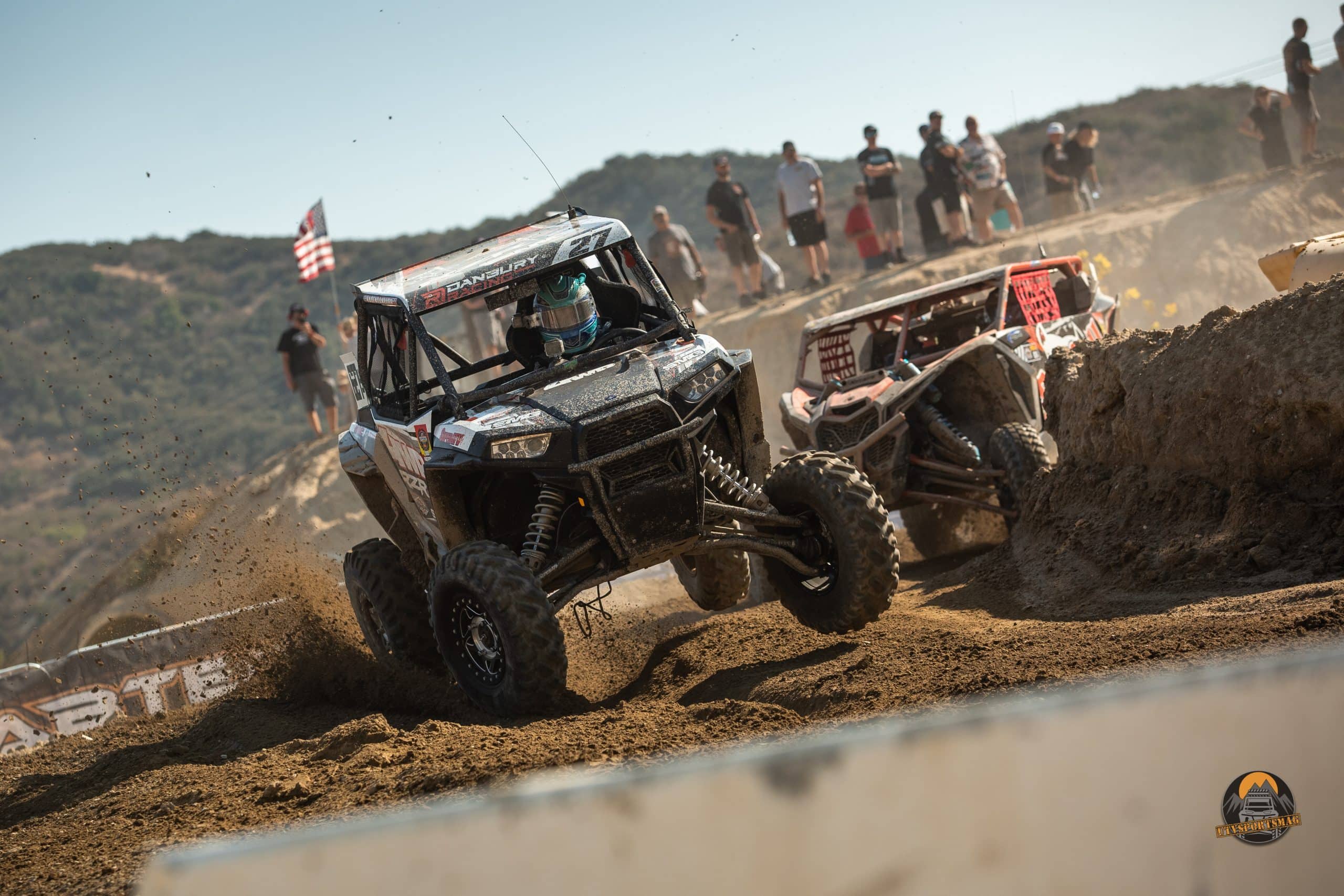 All the Pro and Sportsman races would take place on Saturday, and Sunday. The combined times from both days would determine winners. UTV Rally/Sportsman would run 5 Laps each day. UTV Pro Turbo, UTV Unlimited, UTV Pro NA, and Pro RS1 would run 6 Laps. All UTV Short Course racers would go for 1 Hour, plus 1 Lap. There was very little strategy involved other than to drop the hammer, and get out front as quickly as possible. Many desert competitors love this style of flat out, full bore racing. One is Phil Blurton. Blurton uses the same tactic regardless of the race format. Even at the longest race in the United States, Vegas to Reno, he runs wide open; forcing the competition to keep up, or get left behind. 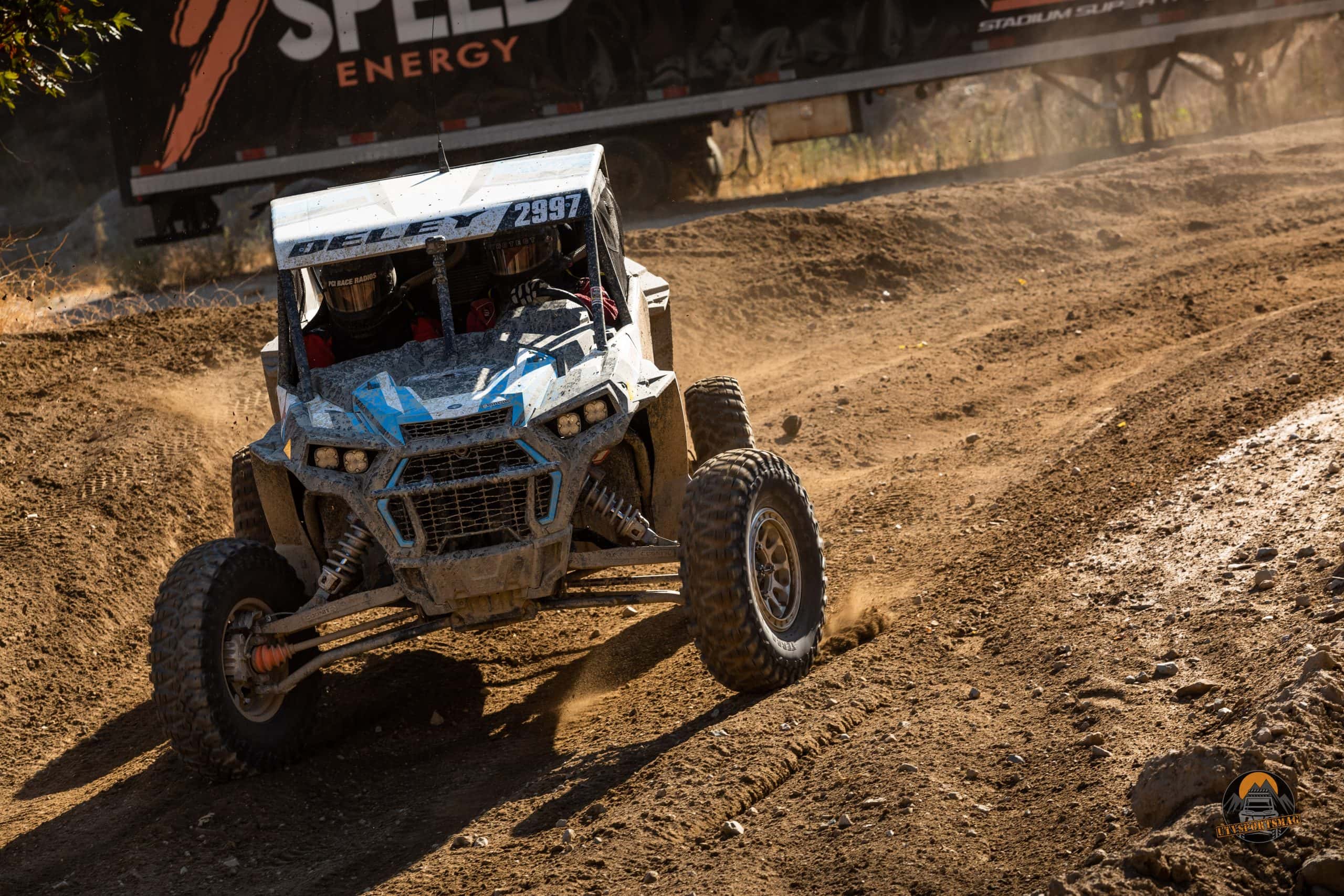 “The ridgelines were dusty, but fun,” says Blurton. “I took a sketchy line to get around Guthrie (Mitch Guthrie Jr), and I guess Randy Romo did the same, but ended up on his lid. They red flagged the race so we had to re-rack it. Jones (Dustin Jones) got the holeshot, so I just followed him. I figured we would make up time on him on Sunday.” Blurton took the time to study the flagger’s mannerisms during other races on Saturday. On Sunday he used what he learned to grab the holeshot.

“People thought I jumped the start, but we had a meeting where everyone agreed that the start I got was legal. We were racing our King of the Hammers car that we modified to be BITD legal. It’s lighter than our desert car. Short course racing is really my favorite. I like the jumps and turns. You can throw the car around a lot harder when you can see your chase truck all day.” Blurton’s plan worked for him. He was the Turbo class winner over Dustin Jones in 2nd, Cody Bradbury in 3rd, Mitch Guthrie Jr in 4th, and Sierra Romo rounded out the top 5.

The fun was not confined to the turbo class; the racing was intense all through the field. 3rd place in the rally class, James Hill, has been racing at Glen Helen for years. He’s raced on two wheels there, and four. “Racing on the fire roads was a real treat,” said Hill. “We didn’t have to climb the vertical hills that we run on the bikes, but we had a good drop back into the infield. We got the holeshot on Saturday. I was riding with my sister Erica who has tons of rally racing experience. She was calling out the turns; we just clicked. I put a gap on 2nd place when a rock got stuck in my caliper; I had no brakes. On Sunday I cooked a belt. I had to stop on the Lucas Oil track to change it. I could see my hot pit, but 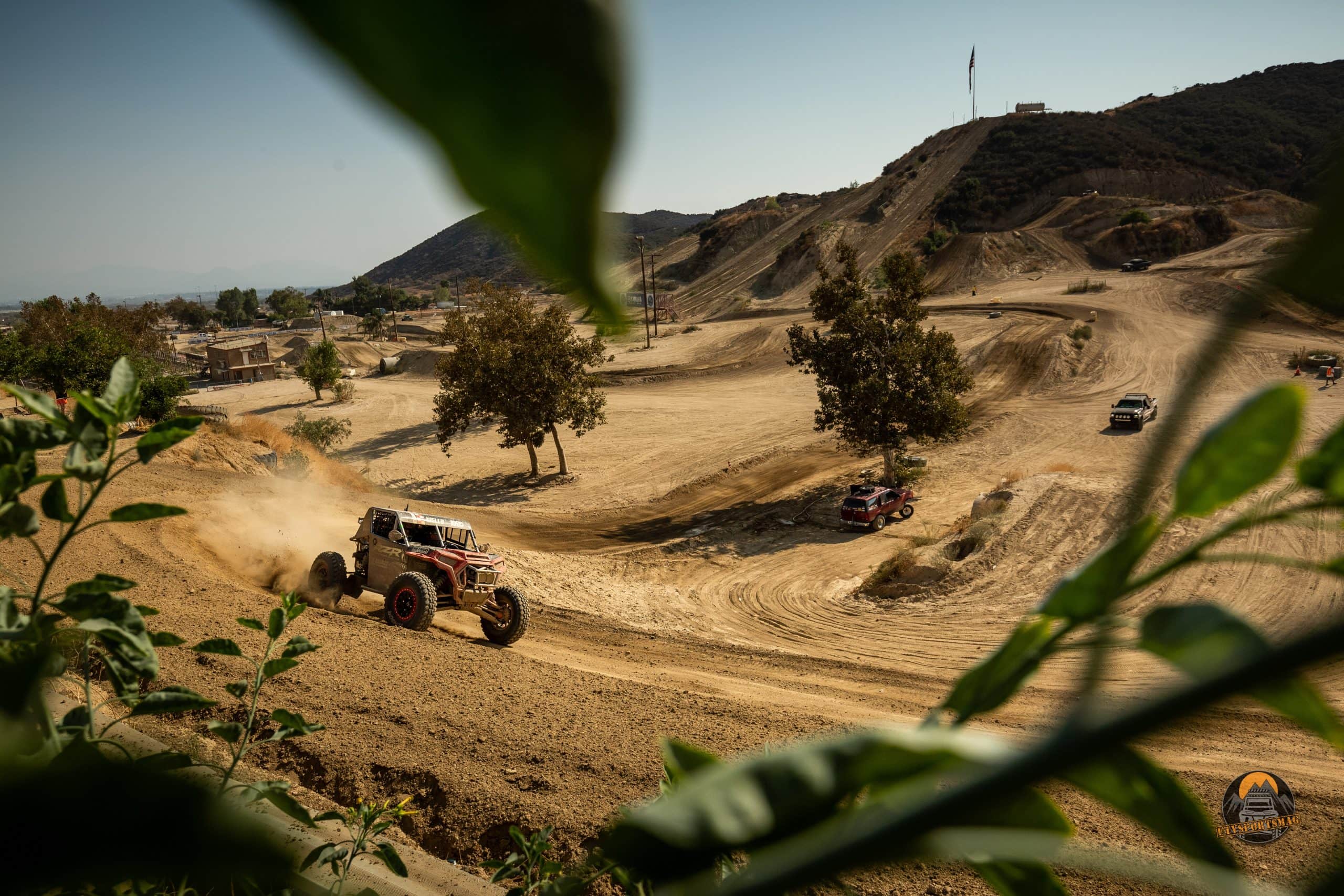 couldn’t get to it. It took me 4 minutes to change. That dropped us to 3rd overall, but we had a blast!”

Filling out the podium in the Rally Class, Brian Willison finished in 2nd place after both days in his RZR Turbo S, and 14 year-old ripper Mikey Kelly finished in 1st place behind the wheel of his non-turbo RZR RS1! Mikey utilized his short-course experience and ran hard on Saturday and put himself in a position to capitalize on Hill’s loss of brakes and take the moto win. He carried that momentum into Sunday where he took the holeshot and never looked back, winning the weekend with nearly a 4 minute lead over second place. The UTV Pro NA and UTV Unlimited races were also filled with tight racing and drama… In Pro NA, Red Bull Polaris RZR driver Seth Quintero took the holeshot and stayed out of trouble to take the Saturday win over Carey McCandless, who was behind the wheel of Kaden Well’s #1995 Polaris RZR while he was busy at the Baja 500. Sunday was a different story however, as fill-in driver McCandless took the holeshot, and used his WORCS racing experience to stretch out his lead over Quintero and take the win on Sunday, as well as the overall win for the weekend. The Unlimited class overall win went to the #2997 of Mike De Ley, as he was able to get around the Can-Am of Randy Raschein at the end of Sunday’s moto and stretched out his lead enough to win by less than 7 seconds after Raschein’s win on Saturday. 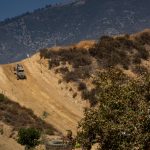 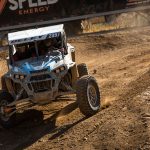 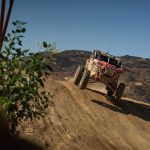 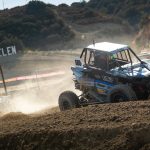 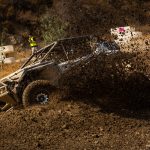 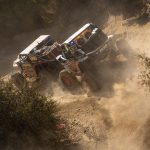