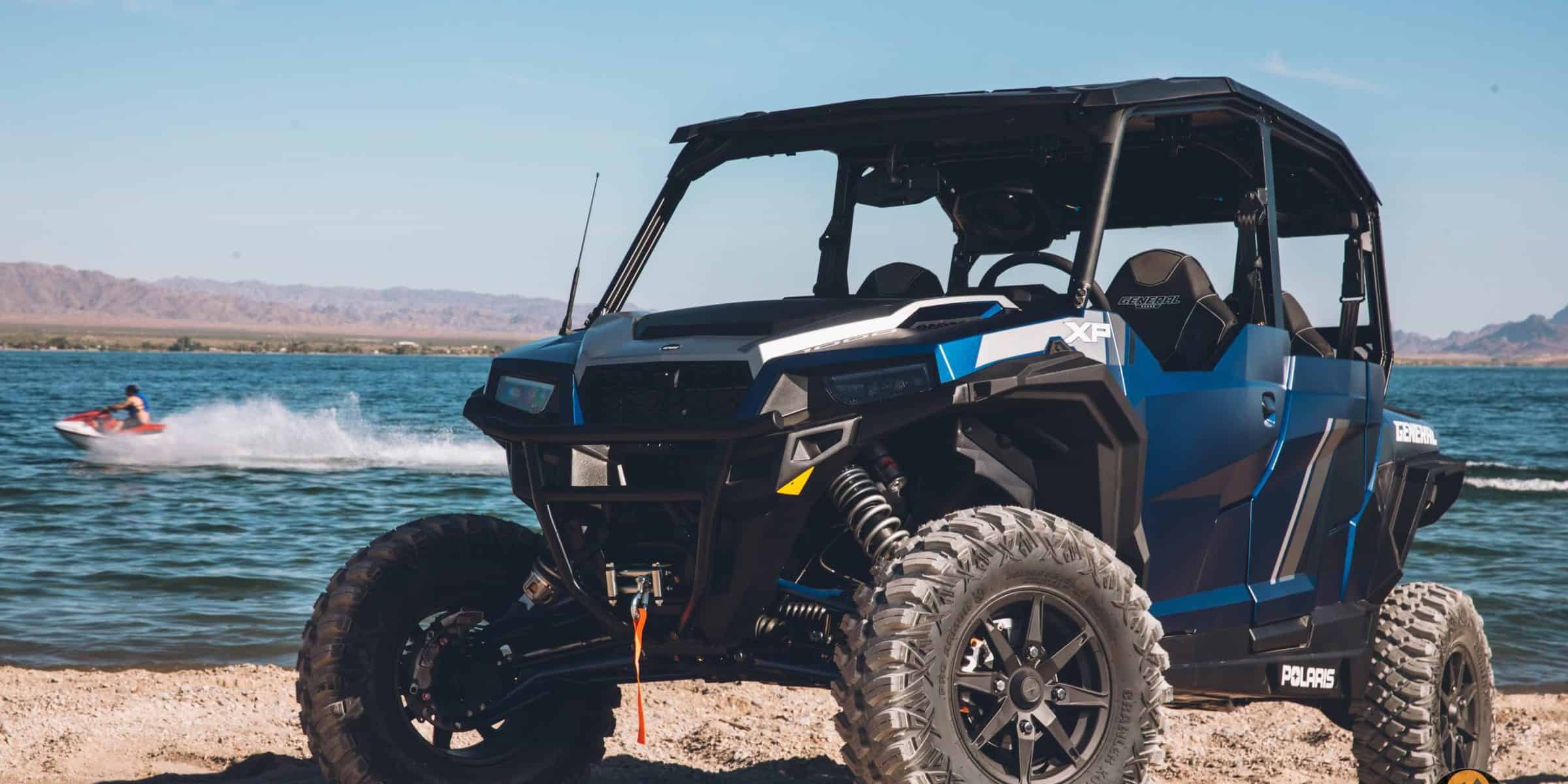 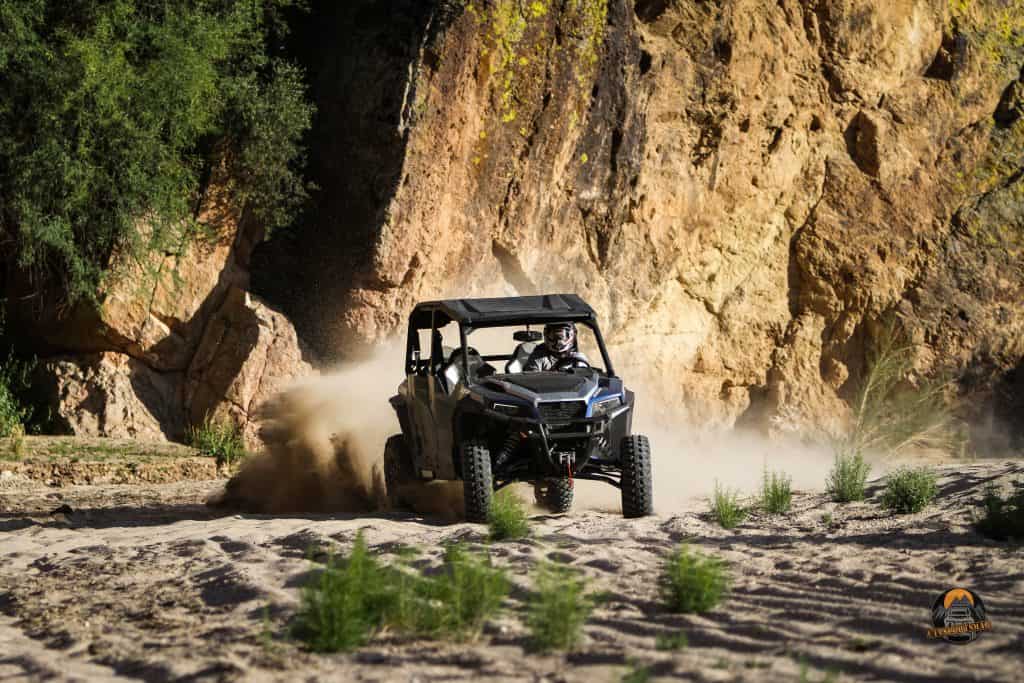 The General XP Finds The Way To Turn Work Into Play

When Polaris first introduced the “General” line in late 2015, the company needed to make sure they had all bases covered. They kept pushing the envelope of performance and speed with the RZR XP line, and had a firm grasp on the utility side of the segment with the ever-capable Ranger. They needed to build a vehicle that could keep adrenaline pumping when pushing the limits and still be grounded enough to get chores done around the house or property. I guess nobody ever said you couldn’t have fun while doing chores.

Polaris definitely succeeded in creating the sport-utility ‘crossover’ segment with the addition of the General, but the General always felt a little more utility focused especially in the suspension department. For 2020 however, Polaris has evolved the crossover segment further with the addition of the General XP and XP 4 models. Only available with the Deluxe trim package, the General XP 4 1000 here is equipped with a Stage 4 Rockford Fosgate stereo, 7” Ride Command touchscreen system with GPS and front/rear facing cameras, and the same luxurious seats that come in the non-XP model… But the magic of the XP comes in with the now 64-inch wide stance, long travel high-clearance beefy A-Arms, 2.5” Walker Evans Needle Valve shocks, and 14 inches of suspension travel front and rear. Just a quick spin around our test track made it clear that the added width and suspension performance of the XP model turns the General into a much more planted and stable sporting machine. 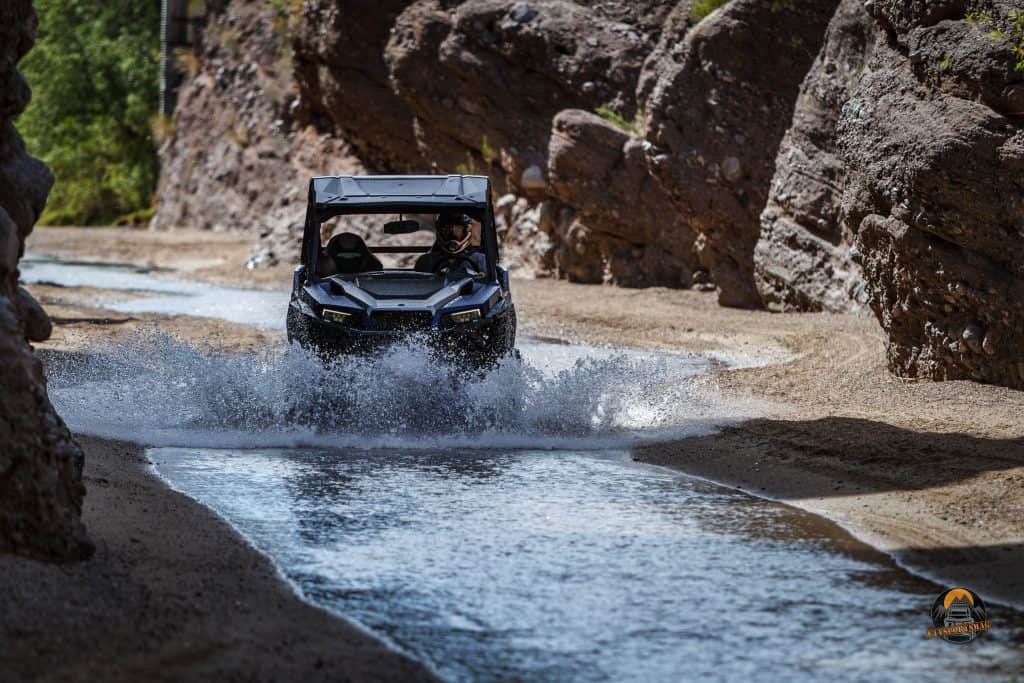 Upon first inspection of this year’s flagship General XP offering, it is obvious that it is incredibly civilized with many new interior upgrades, design changes, and the normal Polaris quality package that riders have come to expect, making this quite a swanky ride. The blue exterior is stunning in the Arizona sun and the silver accents truly work together seducing riders to get in and take it for a spin. Bringing the ProStar 1000 engine to life with the turn of the key, its power seems smooth and refined. For me, the first thing I really noticed was when I shifted it into gear. The shift was positive and crisp yet felt to glide, almost slick, which is not always the sensation when shifting most UTVs.

The steering has less of an electronic feel and more connected to the wheels, which was a nice surprise. This could be attributed to tweaking from the Polaris engineers or maybe the new 30” Pro Armor Crawler XGF and XG tires, or the new A-Arm package. Whatever it is, it is better. Not having played with the “Turf Mode” setting before, the car does not have the normal RZR 2WD feel. This is a great feature when driving on pavement, turning on gravel or grass, leaving it undisturbed and not churned up from the inside wheel turning faster than the distance traveled. Logic would suggest this has to be easier on the drive train when turning and it makes it easier to sneak in late at night because of the lack of wheel chirp and squeal.

As I headed out for a real ride, it was time for serious play. I locked up both rear wheels and mashed the skinny pedal. If you like the feel of sliding and steering with the rear of the car, keep this thing in 2WD and get aggressive. The handling is better than the tall structure of the car leads you to believe, and it responds well to throttle input with fun and controllable slides. Do not get me wrong, this is not the platform I would choose to enter a drifting competition, but for a “sport-utility” crossover vehicle that can comfortably seat 4 and tow 1500 pounds with ease, it is quite impressive. 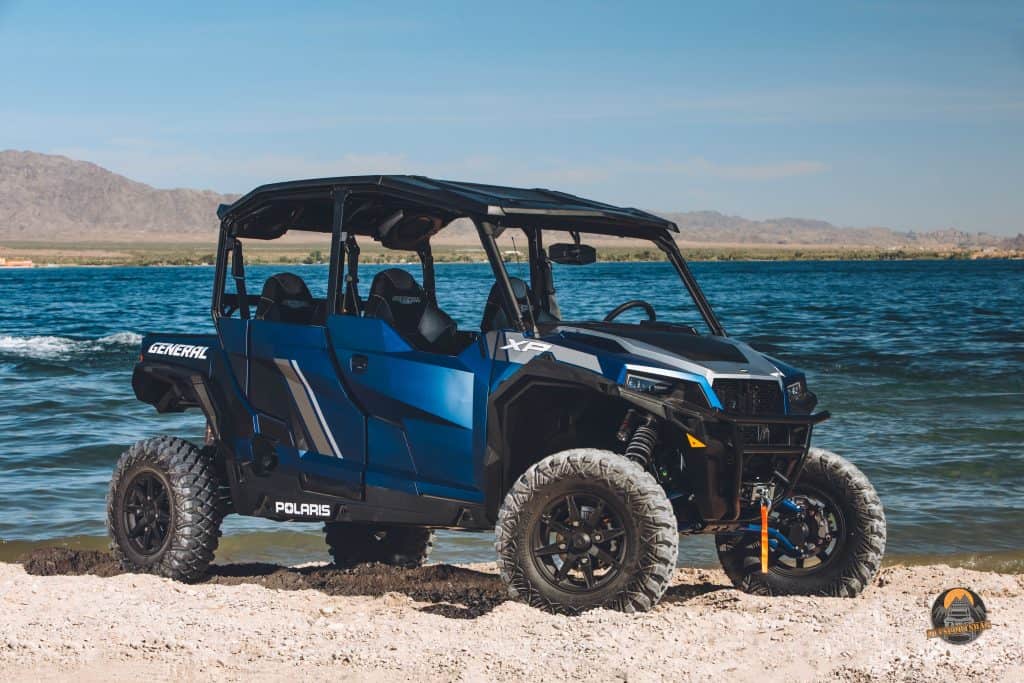 One hit of the rocker switch on the dash and you are in 4×4 and ready to climb just about anything. We were amazed at how smooth and effortless this big car climbed everything we attempted. Our trails did not offer much in the way of traction with loose rock and granite on a hard base. We would have looked like a 1960’s slapstick comedy if we would have tried to walk up any of these steep hills. The old ball bearings on the floor routine for sure… But the General marched right up without any issue. It was so impressive that we did not feel like we needed to attack or hit the hill with momentum. Just control the wheel spin, set it in low, pick the line and climb. The high clearance A-Arms and 13.5-inches of ground clearance made it nice when picking technical lines up the rocky hills and the Pro Armor tires just added to the superb performance going up or down. The XP 4 Deluxe comes with a 4,500 LB winch standard, but I must tell you, I have little interest in going up something that this thing won’t climb on its own, it is just that good. 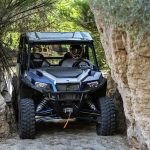 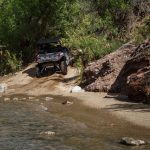 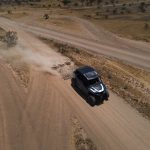 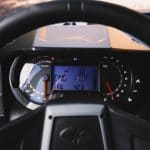 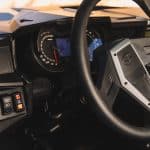 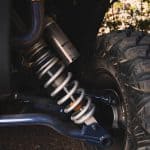 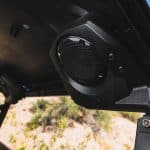 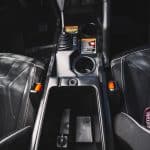