A River Runs Through It: The Ride That Set The Tone For Trail Hero 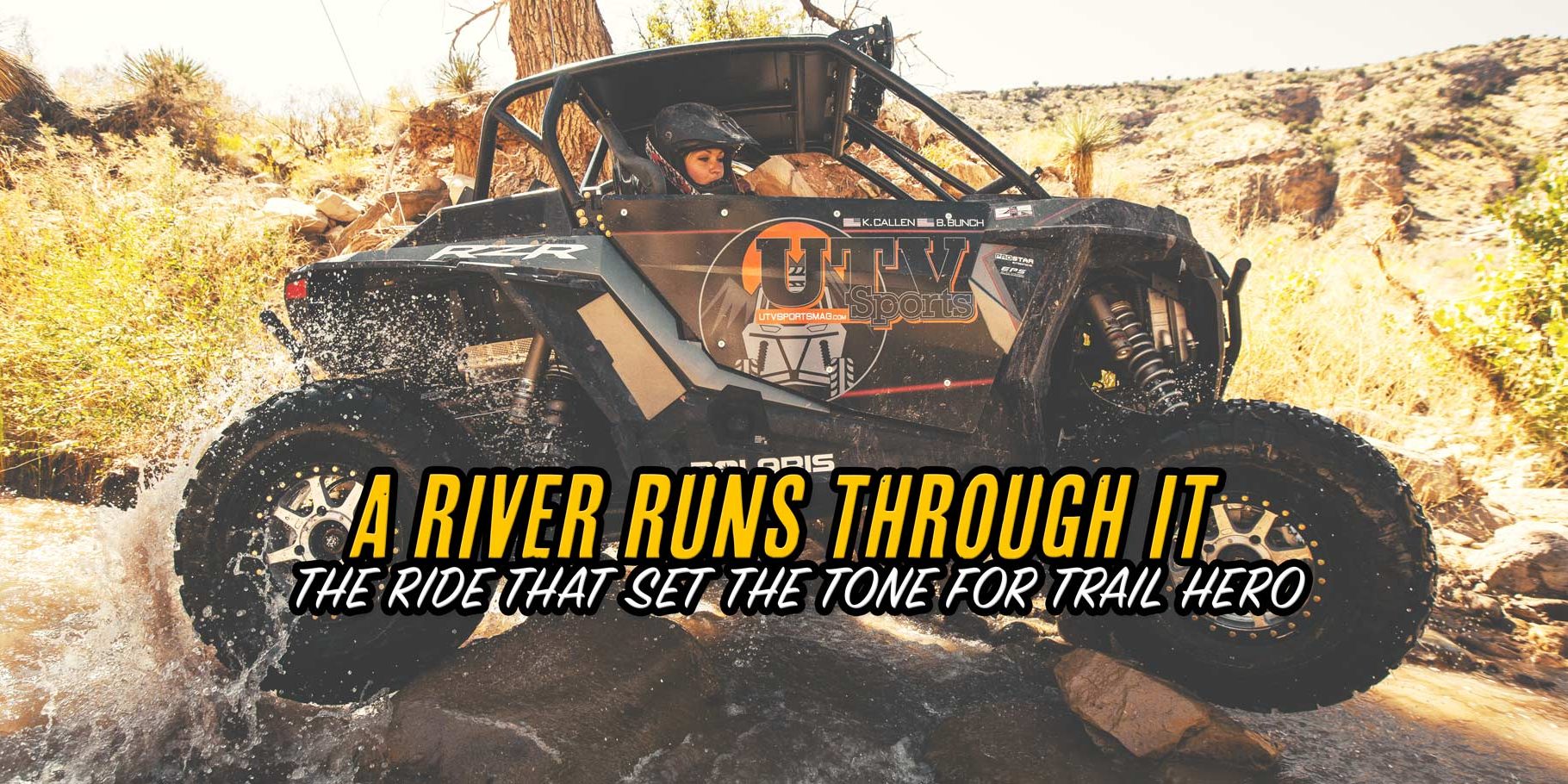 A River Runs Through It

The Ride That Set The Tone For Trail Hero

Every time I think about getting behind the wheel of a UTV, there’s a surge of thoughts and emotions that run through my body. My mind contemplates the proper necessities and my soul boils with excitement for what the day has in store for us. The tell tale moment of herding the troops and leaving the pavement behind simply cannot come soon enough. I’ve been lucky enough to put thousands and thousands of miles on countless 1000cc machines, and feel more prepared and capable each and every time. All rides are unique, sure, but there’s also a sense of normalcy and uniformity that comes from the redundant practice… or so I thought. Until there comes that ride where all your worlds collide, unknowns become known, and every turn seems to have a meaning. A ride in which you think as much about the world around you as the path right in front of you. A V.I.P. ride indeed, a Very Inspirational Passage. This first Trail Hero SXS Rally event meant the world to me in so many ways, a story in itself really, but it all came to realization as I jumped in the seat for this initial ride. There was no clear indication of what triggered the awareness, but my senses was never more alert and my brain synapses were occurring faster than any adrenaline rush could have induced. We were on a new trail with new friends at a new event, and I was at the helm of it all. Each action seemed to need purpose, each participant expected their role to be defined, and yet none of it was overwhelmingly organized. Here… Goes… Nothing.

As we prepared to depart Sand Hollow State Park, my team was frantically preparing vehicles and camera gear as if we may never return. Our dozen VIP guests were like seven year old kids with rapid fire questions trying to understand what the day had in store for us. The only thing that continually came out of my mouth was that everyone needed to be prepared for a good time, this was going to be a very unique outing. The irony of it was that I had no idea what we were in for.

Finally on the road, about an hour behind schedule, we took the paved road to a local breakfast joint adjacent to a gas station, ensuring both our bellies and tanks were full. We occupied the better part of this small restaurant, not only in head count but also in presence. Loud voices, laughter, shouting, and constant waving and signaling as if we were all young kids on a playground. The scene was the perfect beginning and everyone knew our adventure was close. With some grub consumed, fuel topped, and snacks in stow we finally ventured out to first stop via an easy dusty flat trail. The group was antsy, eagerly waiting to mash the pedal and do what they do best. But we planned otherwise, open desert is fun but you don’t interact beyond PTT buttons and taillights through the dust. We wanted engagement and personality, we wanted the story…. 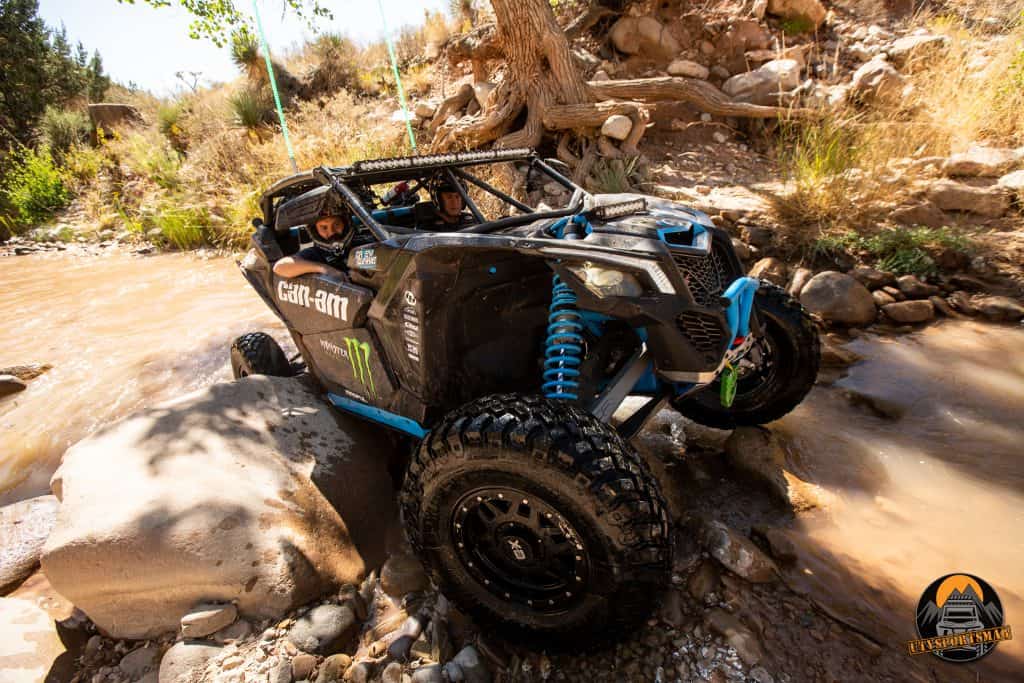 Just a few miles in, averaging about 15mph, we were already at our first stop. Engines went quiet, helmets came off, and doors flung open in disappointment. “That’s it? We’re stopping already?” exclaims the Currie clan, “I thought we were going to ride!?”. The scene seemingly set a grim tone for what the day had in store until eyes were set on our first experience. Shotguns! What better way to get that frustration out, right?! With little to no hesitation of each participant stepping in, round after round was fired. The competitive nature of the group took over as clay pigeons flew threw the air unskaved. Heckling comments like “Let me show you how it’s done, boys….” were heard in southern twang from Dustin Jones of S3 Powersports and his mischievous counterpart, Quentin Daniels. The banter of course took centerstage, but the laughter is what I remember echoing through the canyon as loud as the shotgun blasts themselves. These guys were all-in and continued to push not only themselves but also one another to improve their skills each time they stepped up, just like they do on a race course. Every guest took their shot, and even though it was clear that no one really walked away with a victory, everyone praised and commended each other for their effort…. There may have been no winner, but there was certainly no loser. No stature or excuse was claimed, no fingers were pointed, just promises that a rematch would be had. Without any request or comment, every participant joined in to clean up and teardown any sign that we were there. It is always amazing to witness all echelons of this industry to work together to preserve what is most dear to us, our trails. With no sign of our presence left, we headed out for more of the unknown. With lead car in place, the cars of Matt Chapman of Monster Energy and Chris Rushton of Wheel Pros followed behind, even these guys found a challenge to be in single file. As we continued the slow pace and dropped another 3 miles deeper into the trail, you could hear chatter over the radio as boredom and frustration set in yet again… This ride is not what they had in mind, and they were right. As if perfectly queued, the radios went awkwardly silent, we were literally dropping into La Verkin Creek. This desert crew was as lost as their tire tracks were when instructed to head right up the middle of the river… No more trails, just mother nature’s path of least resistance of snow run off from Dixie National Forest. This was about to get interesting. 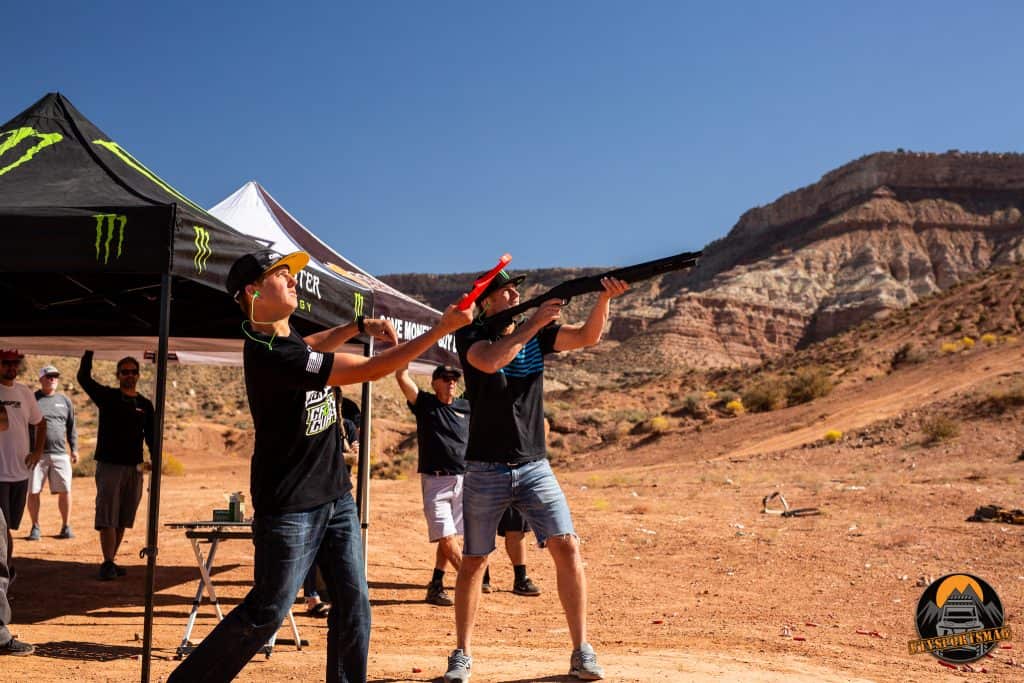 This four mile stretch of adventure is where the day was spent and memories were made. The pace didn’t change much from the beginning of the ride, but the excitement sure did. The demeanor changed from mundane to stimulated, the emotion went from conventional to heightened… here is where the boys became boys. We came across deep soft sand, large boulders, narrow openings, tight corners, and even impassable lines. All facets of the industry and driving skill sets were represented, but we all became equals in that riverbed. We overcame obstacles and challenges, and worked together to face them as one. It was in this four miles that all our visions and commonalities were caught up in the excitement of something new, and it didn’t matter that none of us had ever ridden together or even shared more than one meal at a table together. Right here right now we proved the term “Offroad Family”.

After hours of technical driving to overcome what felt like a Hammers trail of Johnson Valley, Ca we came to a cove-like canyon which was our scheduled lunch stop. We all jumped out of our cars with grins on our faces just waiting to share our perspective of what we just accomplished. These moments are what we live for, being able to tell a story of “the impossible” with those that find the same joy, the same value, and the same passion. We literally shared the same moment, but it didn’t matter, we wanted to reminisce of what happened as if we were vocalizing it so that we would never forget. I can assure you, we never will… In true offroad fashion, we were welcomed with tacos for lunch. Even though our signal-deprived phones reminded us we were closer to dinner than we were lunch and that we were in danger of losing daylight, we didn’t want to rush the moment. These tacos were like trophies to us, and in true media fashion there were plenty of cameras around to capture the moment. 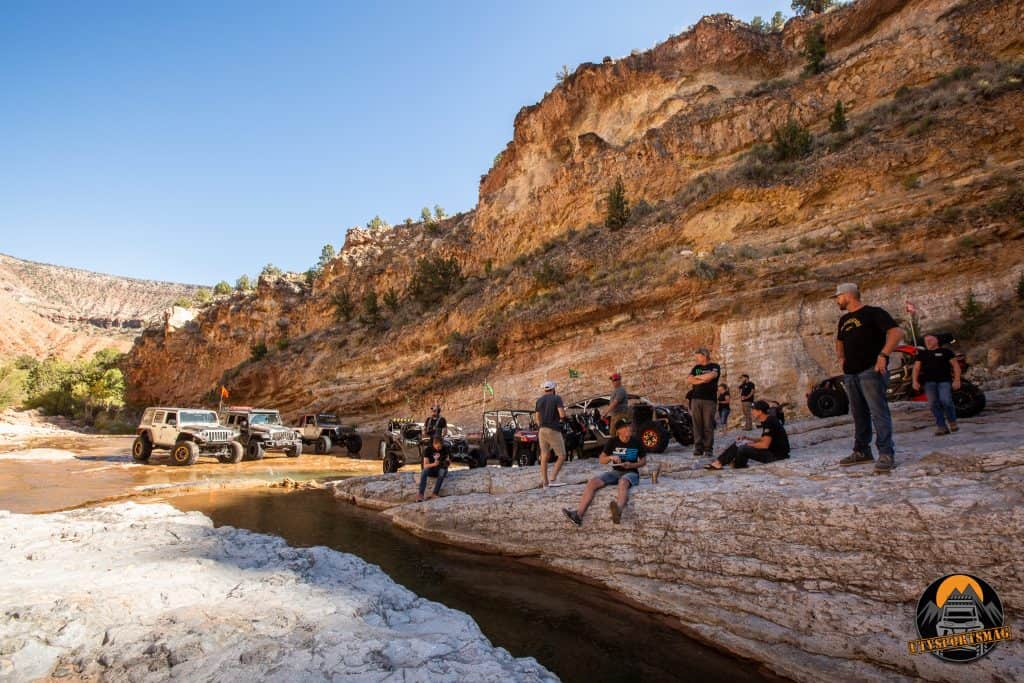 The venture back to the paved roads was surreal, we found a faster pace and gapped ourselves some. We all acknowledged this was the breeze that we thought we wanted all day long, but instead this was a breath of fresh air to recollect what we just accomplished. We made new friends, we conquered new obstacles, and we walked away with more than just a day on the trail. These are the moments we live for, these are the moments that make all the hard work worth it. We live the UTV life day in and day out, but we don’t always get to enjoy the recreation of it, just live in the moment for what it is…. No phones, no sponsors, no events, no expectations. Just a seat amongst equals, a moment in time realizing why we do what we do, a moment with nothing on your mind other than the path right in front of you. 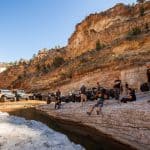 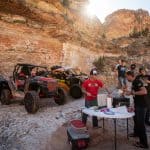 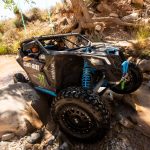 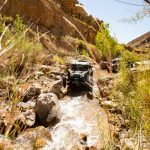 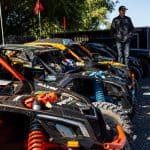 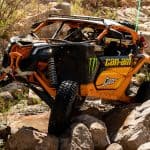 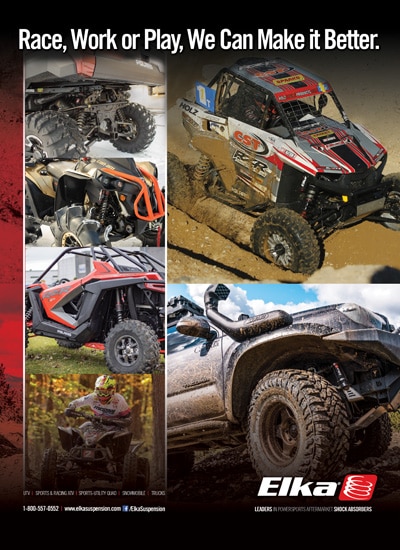 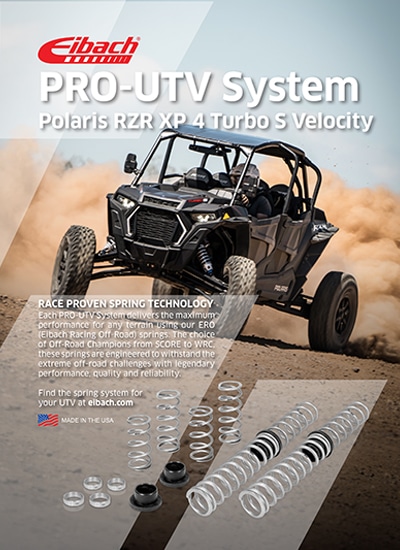