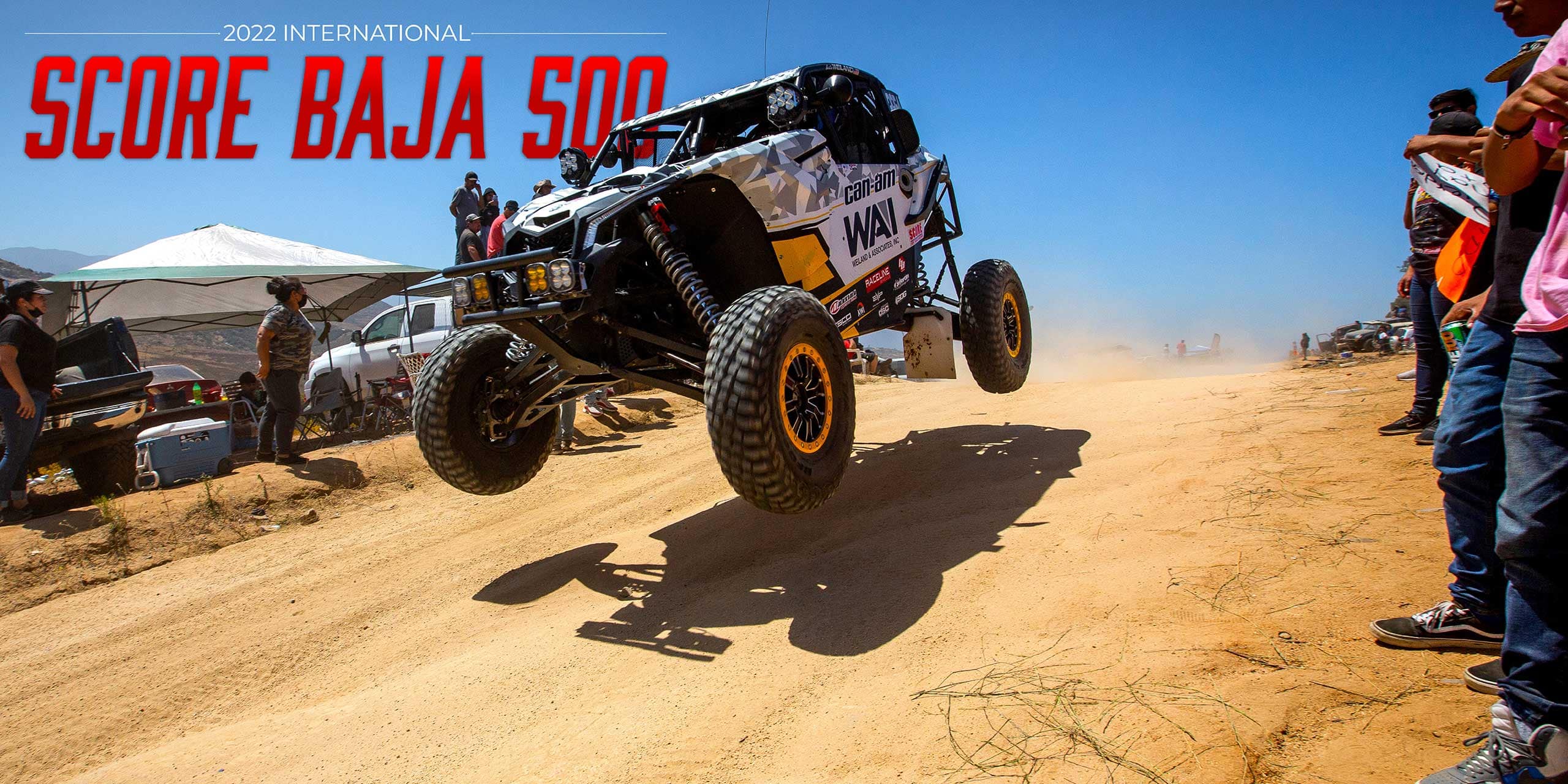 Anyone looking at the 2022 SCORE Baja 500 race course closely could tell it was going to be interesting. It was composed of three distinct sections. The first was tight, technical, and extremely rocky; the middle dropped to the desert floor to run fast and hot; and the final section was returned to the tight twisty trails through the mountains back to Ensenada. Tired racers and their battered UTV’s would not be able to limp into town after miles of racing. They would have to be at the top of their game to navigate the final section.

Gridlocks are both anticipated and reviled whenever the course is narrow, rocky, and carved into steep canyon walls. If you are one of the lucky ones who make it through, this can allow you to check out from your competition. If you get trapped, it can make for a long day of struggling with no real hope of winning. Racers always say that it’s an accomplishment just to finish the race. And that’s true. But their main motivation is to win. Winning is the purpose of racing. We test ourselves to see who has done the most amount of preparation, has the sharpest skills and who has karma on their side. It takes all three to come out on top. 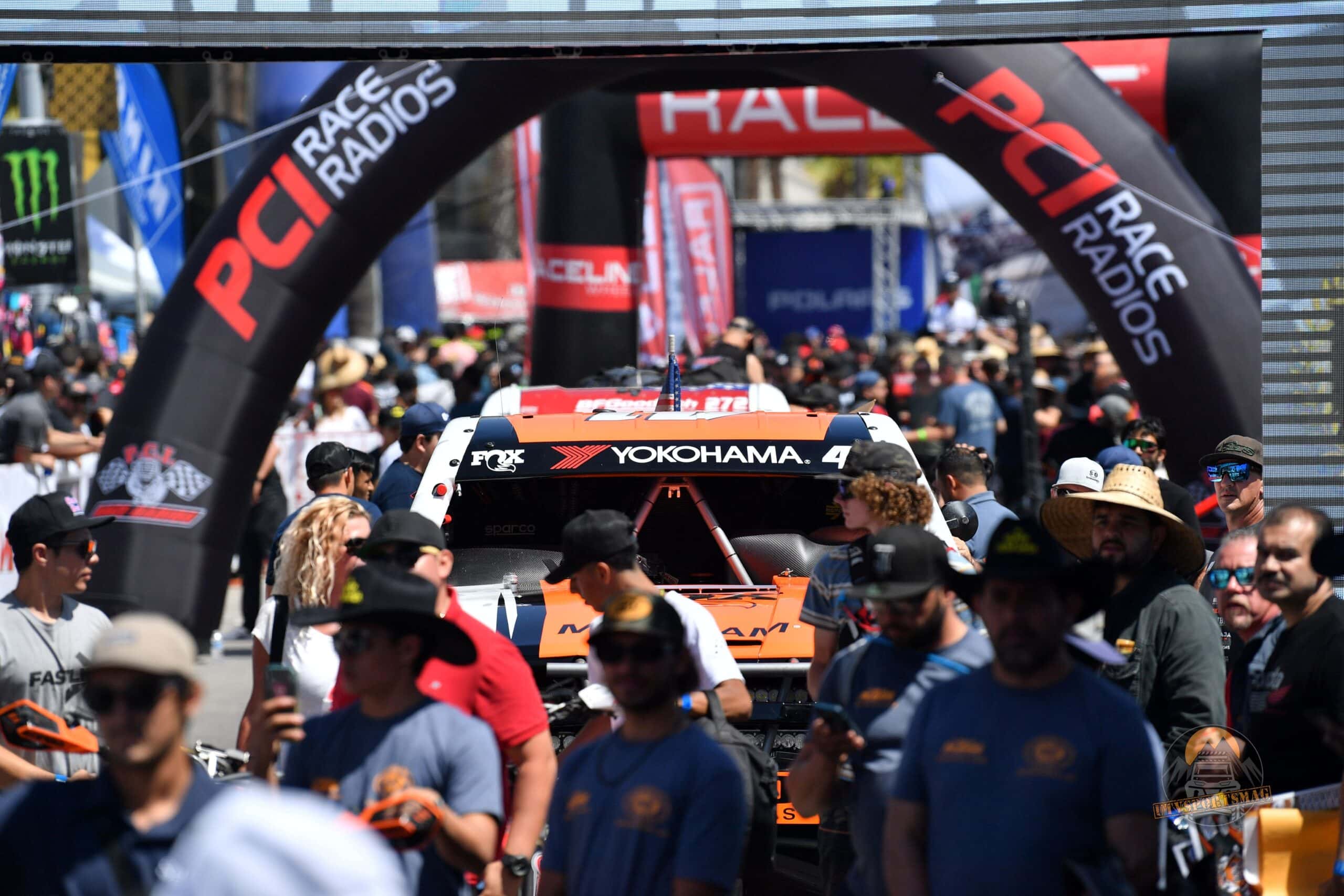 Only at mile 102 of 463, a dreaded bottleneck occurred when a truck broke its front suspension and became stuck in loose dirt. Only a couple classes had made it through at that point – the Trophy Trucks and Unlimited Class One buggies. A few TT spec trucks squeaked through, but everyone else started to stack up, many still in their original starting positions. Nobody likes to wait in a long line. Especially when you have your adrenaline pumping, and your internal race clock is screaming to go, go, go!

Adding to the situation was the heat. The sun can be tolerable when you are moving, but when you are forced to sit in one place, or, worse, working outside of the car, the temperature becomes more than just a nuisance. It can become a danger. Such was the case with the immobilized truck. The co-driver fell into the danger zone when his internal temperature became too high for his body to overcome. It doesn’t matter how much water you drink when your brain is cooking. He needed medical attention, so others took action and jumped in to help clear the trail. The wait time was up to an hour for some, depending on when they reached the bottleneck. While not unusual for a Baja race, what happened next was a product of the course layout. As the bottleneck cleared, it was like a dam breaking. The course opened up, and all that stored adrenaline came pouring out. They were now in the fastest section of the course. Multiple race lines spread out, converged, and then fanned out again for miles. These are known as “creative lines.”

Everyone had the same idea: if I’m out front, I won’t be stuck behind someone else. Thirst for victory creating a free-for-all with trucks, buggies and UTVs all trying to occupy the same space. Safety gaps imposed between cars at the start were non-existent. It was a huge land rush filled with frenzy. It was so crazy one of the Trophy Trucks was T-boned and rolled dramatically through the dust. The racers went from zero to 110 percent in just a few miles. 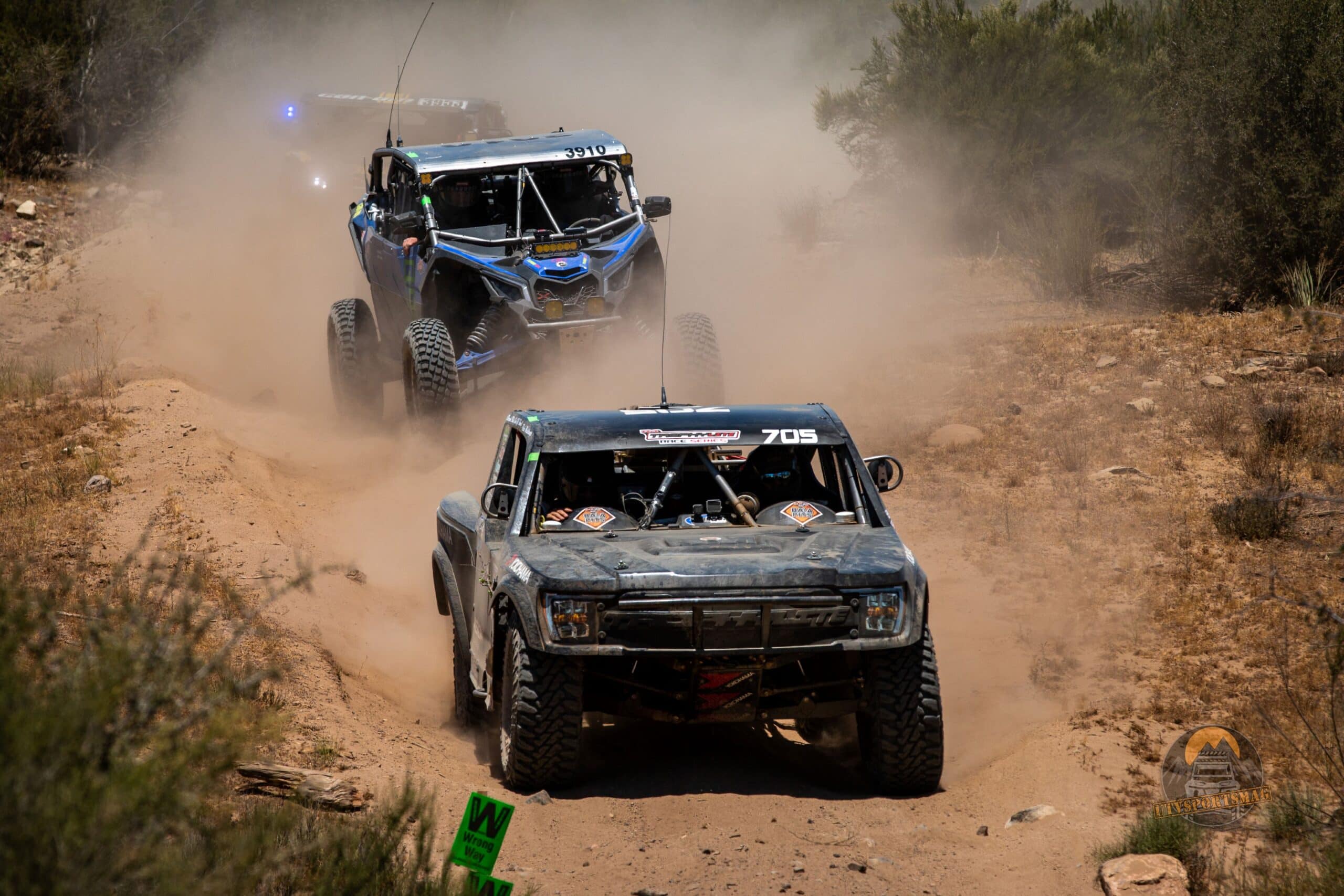 As always, the desert prevailed, and it absorbed all this mayhem like a flash flood. Teams soon realized their day had just begun yet there were still many miles left to complete. Desert racing is not just about speed. It’s also dependent on endurance, and strategy. Challenging miles ahead would require a pace capable of surviving the last 100 miles. Delays at the bottleneck might seem insignificant, as everyone was in the same predicament, but it had a cascading effect.

The last third of the race plunged into darkness as the wind died; making it more difficult to see through the dust. Big unlimited cars and trucks had already been through leaving lots of deep ruts and loose rocks hidden in the silt. One of the great injustices in desert racing is that the most capable vehicles get to race on the least disturbed terrain. They leave a mess in their wake for the limited classes to overcome. 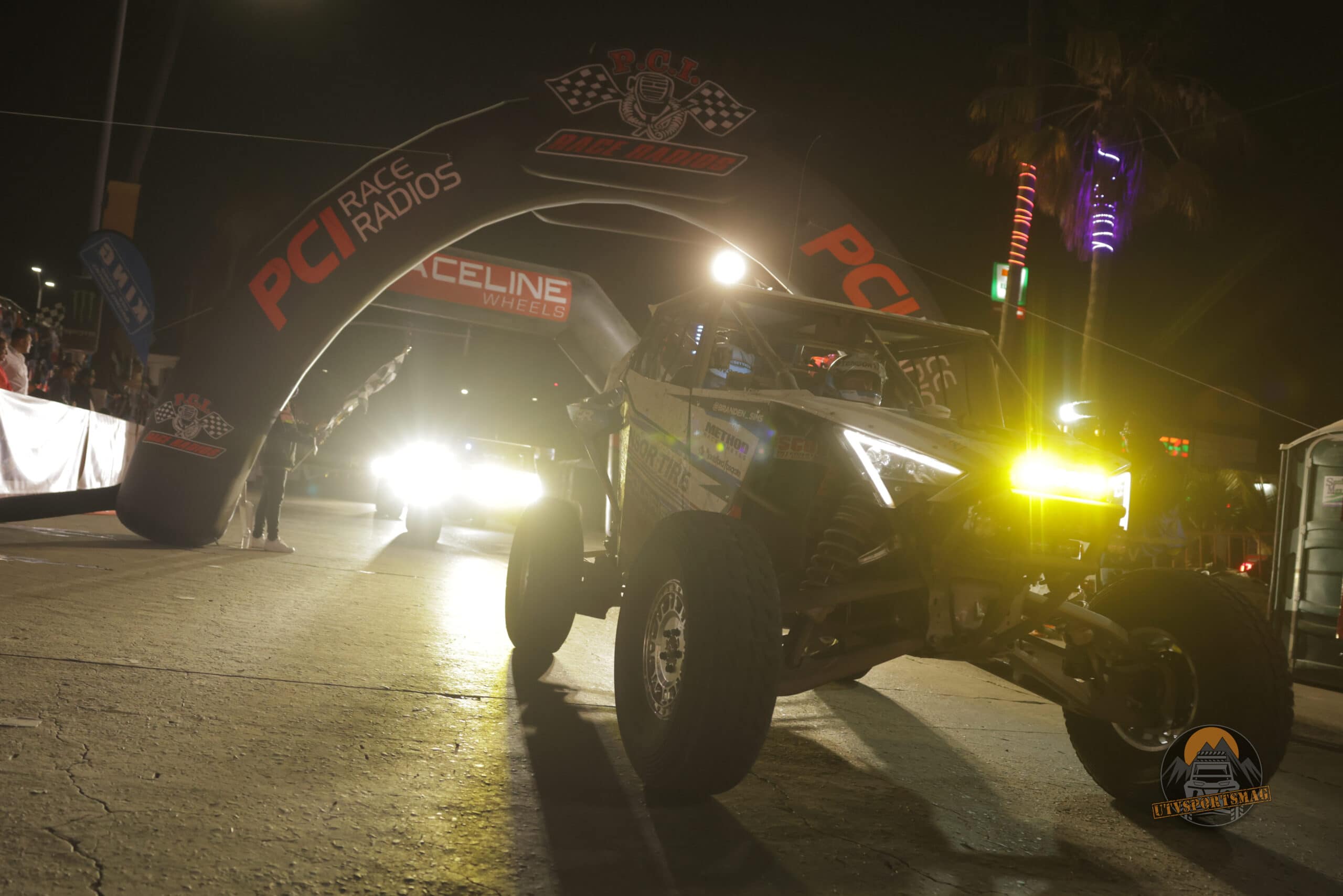 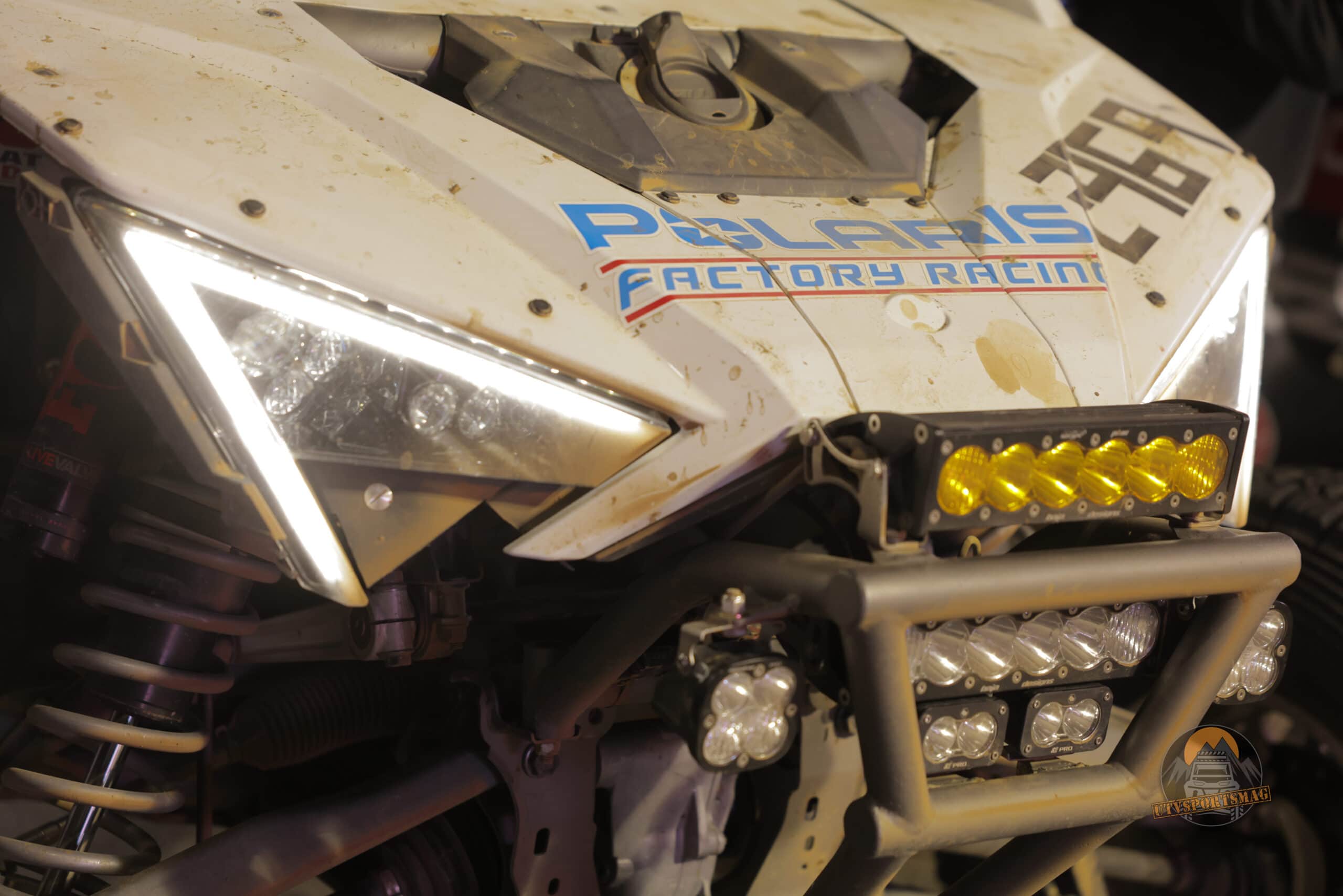 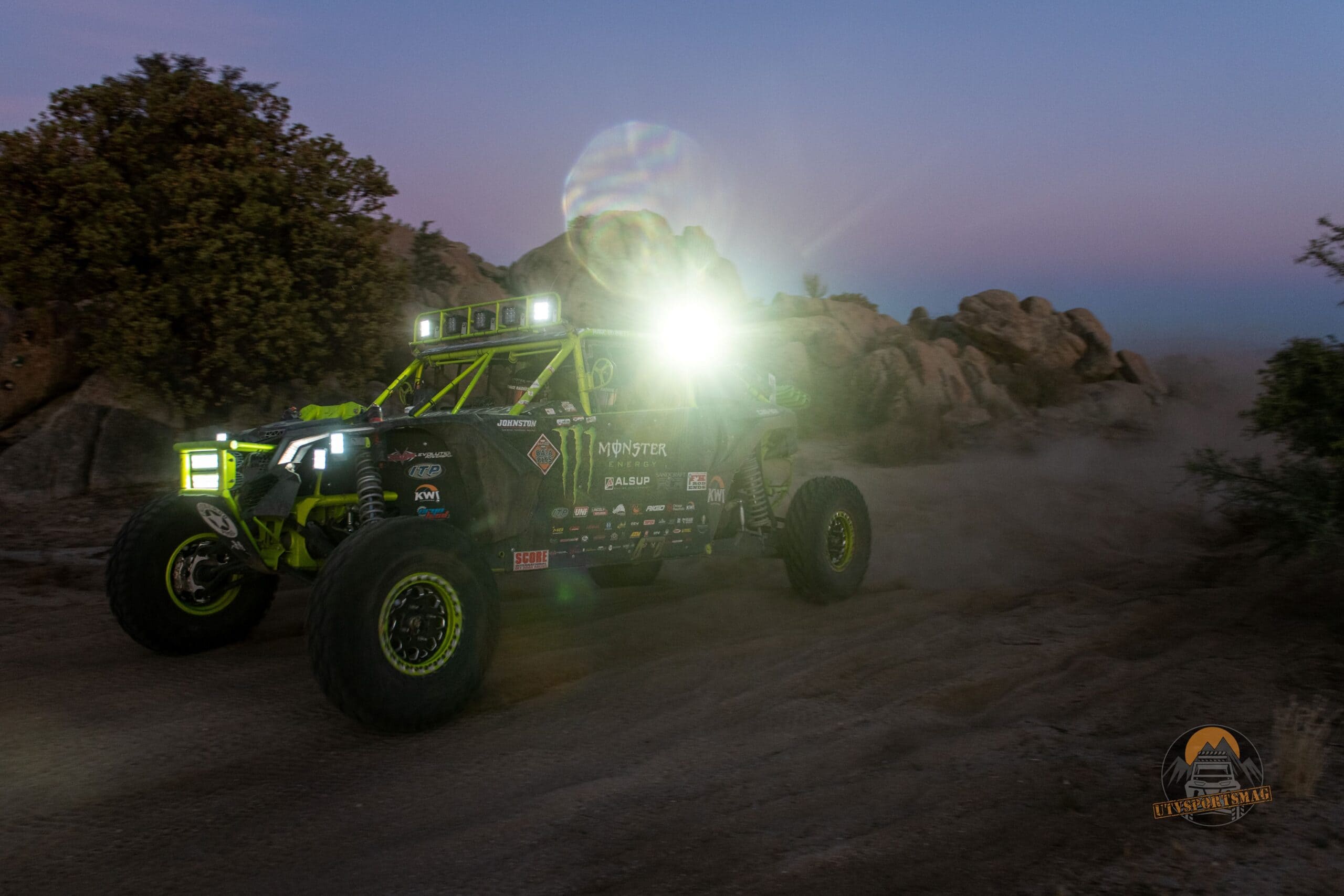 Just when it seemed like the worst was over, it took an agonizingly long time for the leaders to make it into Ensenada. It looked so close on the map, but the twisty technical trails were much more demanding than they appeared. After 11 hours, and 50 minutes Austin Weiland’s Can Am emerged as the overall winner.

“It was technical, rocky, and rough but fun!” said Weiland. “I loved going down to San Felipe in the open desert, then had a blast over the Mike’s loop.”

Finishing second overall was Branden Sims who said he had done a lot of Baja 500’s but this one was brutal. Brandon Schueler finished third but was awarded second place over Sims after receiving time credits for assisting during the bottle neck. Sims is not happy as everyone was stuck in the same mess. It’s not fair to award only certain drivers. You can add controversy to the list of challenges at this race. In the Pro UTV NA class, Zach Sizelove came away with the win. “My plan for this race was to charge early because I knew the final 50 miles would be extremely rough and technical,” said Sizelove. “I didn’t want to be in a position where I had to push where the course was the roughest. I was able to get the lead at mile 60 and maintain a 20-to-30-minute gap for the majority of the race.” Other winners included Anibal Lopez in the Pro Stock class, Mike Pratt in the Pro UTV open class, and Gerard Kelly in the sportsman class.

SCORE put on another super challenging race that tested the limits of even the most experienced Baja racers in the field. Several top contenders were taken out by the desert or the pace needed to stay up front. There were plenty of new names in the mix which means the level of competition is only increasing. Due to the bottle neck, the race became a free for all at one point, but everyone paid a heavy price in the end for their success at the Baja 500. 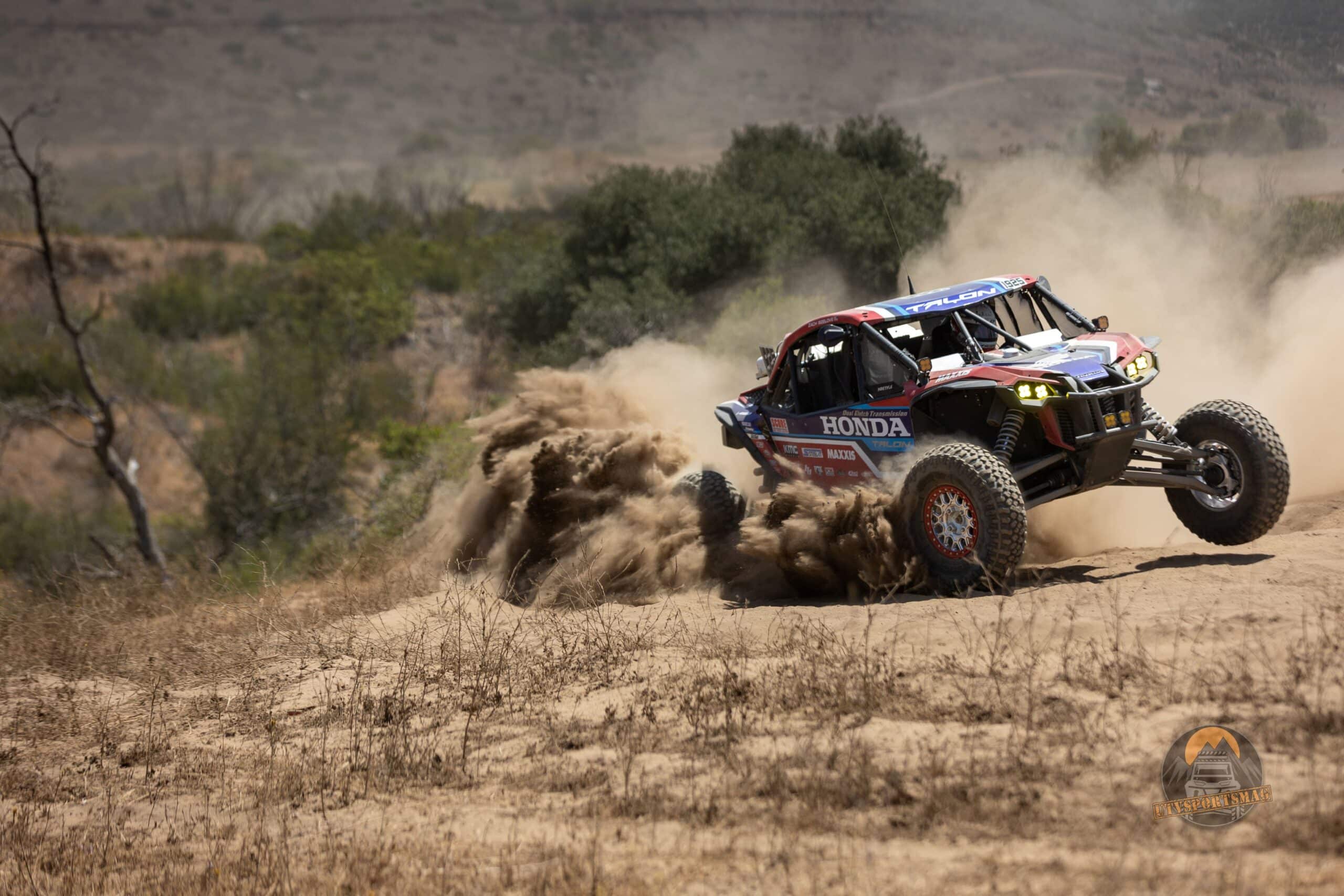 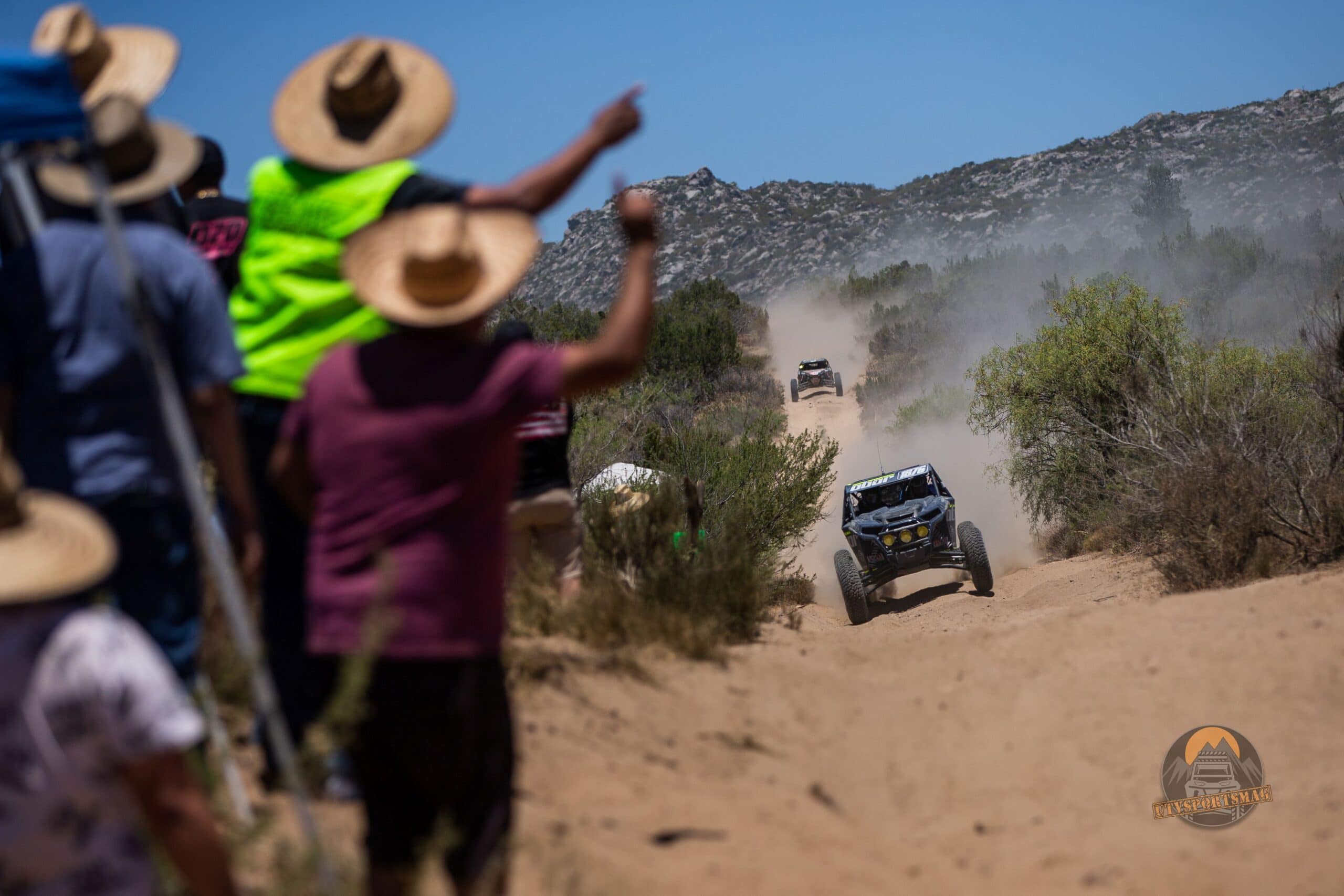 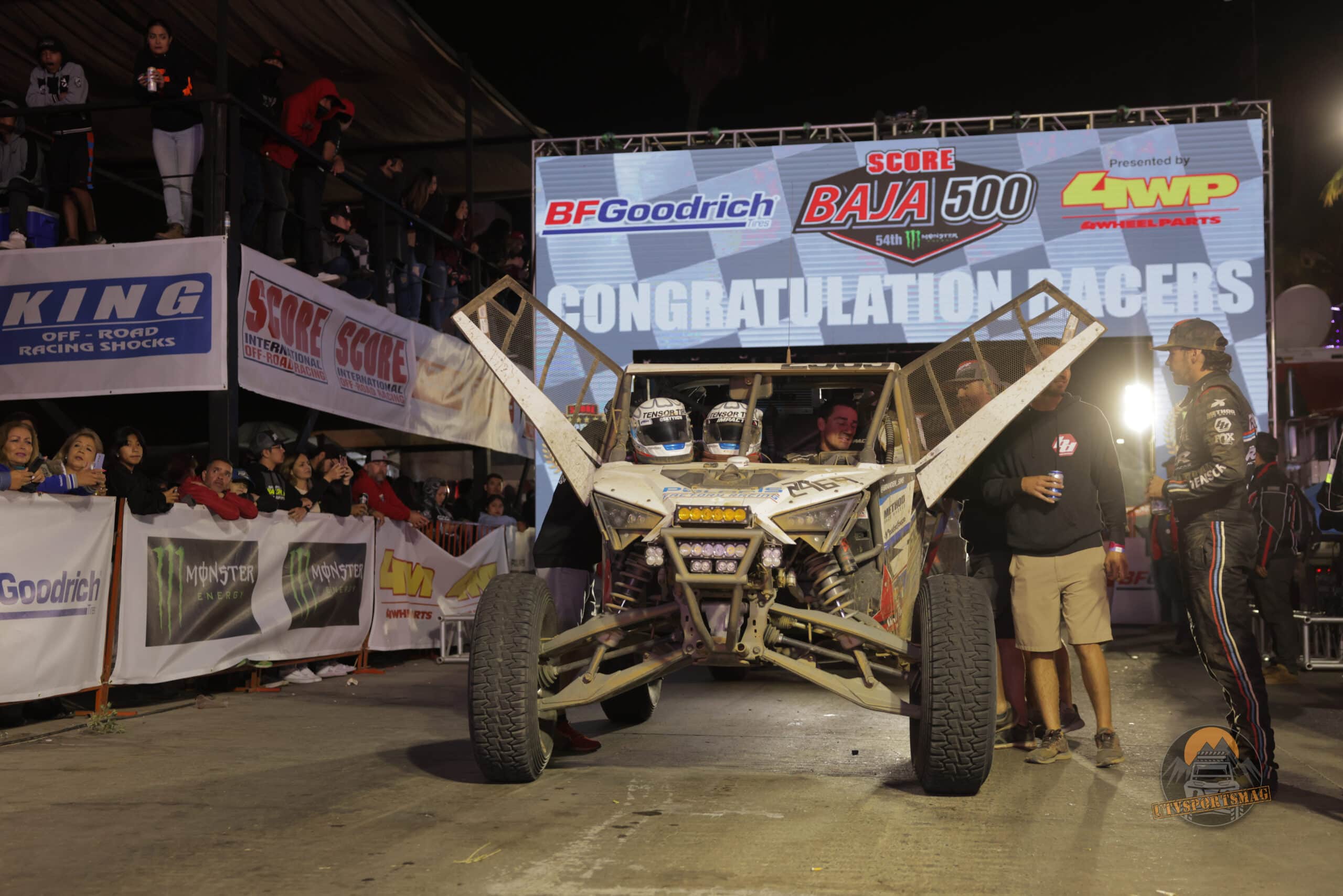 All results posted are unofficial. To see the full current results, visit: https://score-international.com/raceinfo/class-summary-2022-baja-500/ 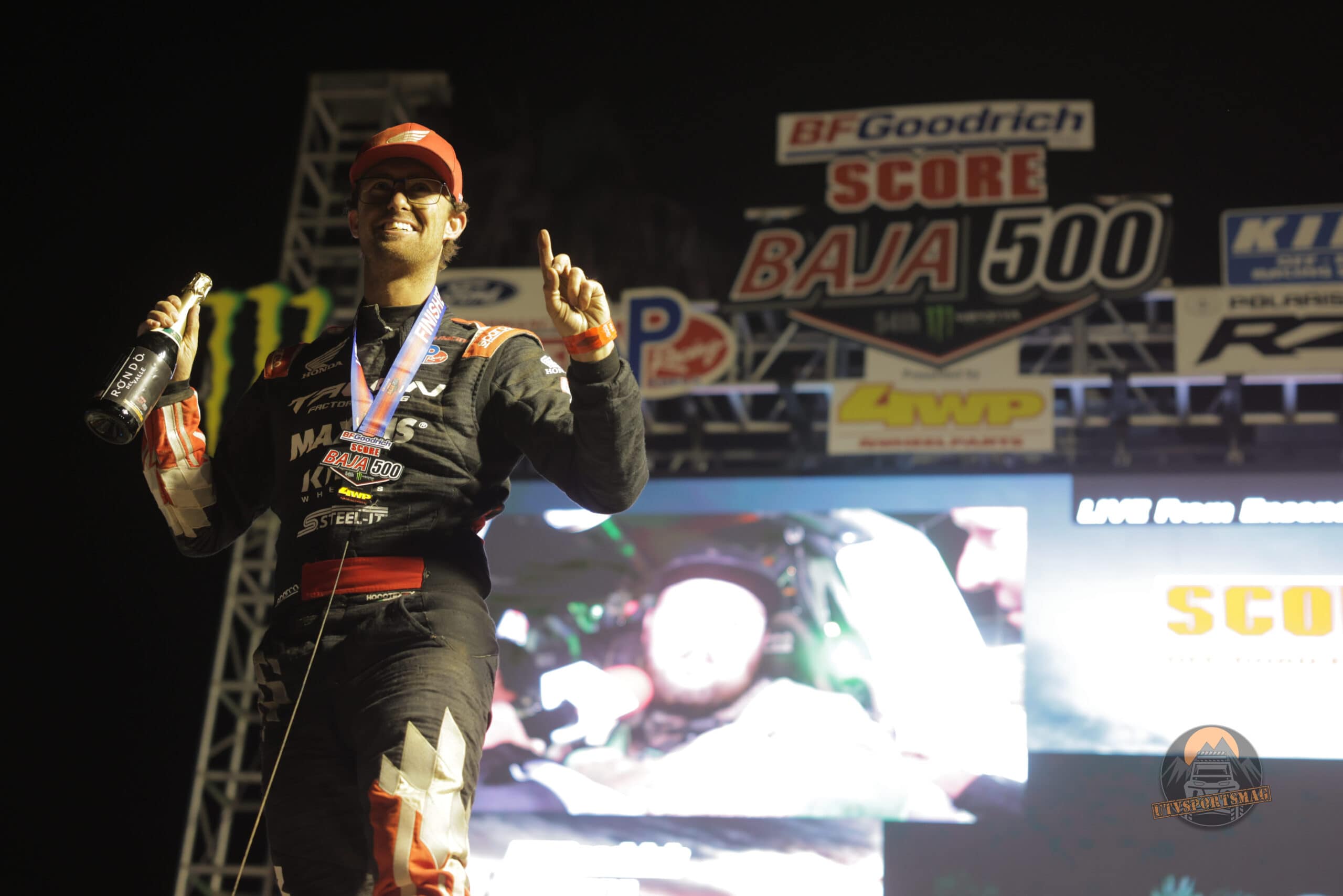 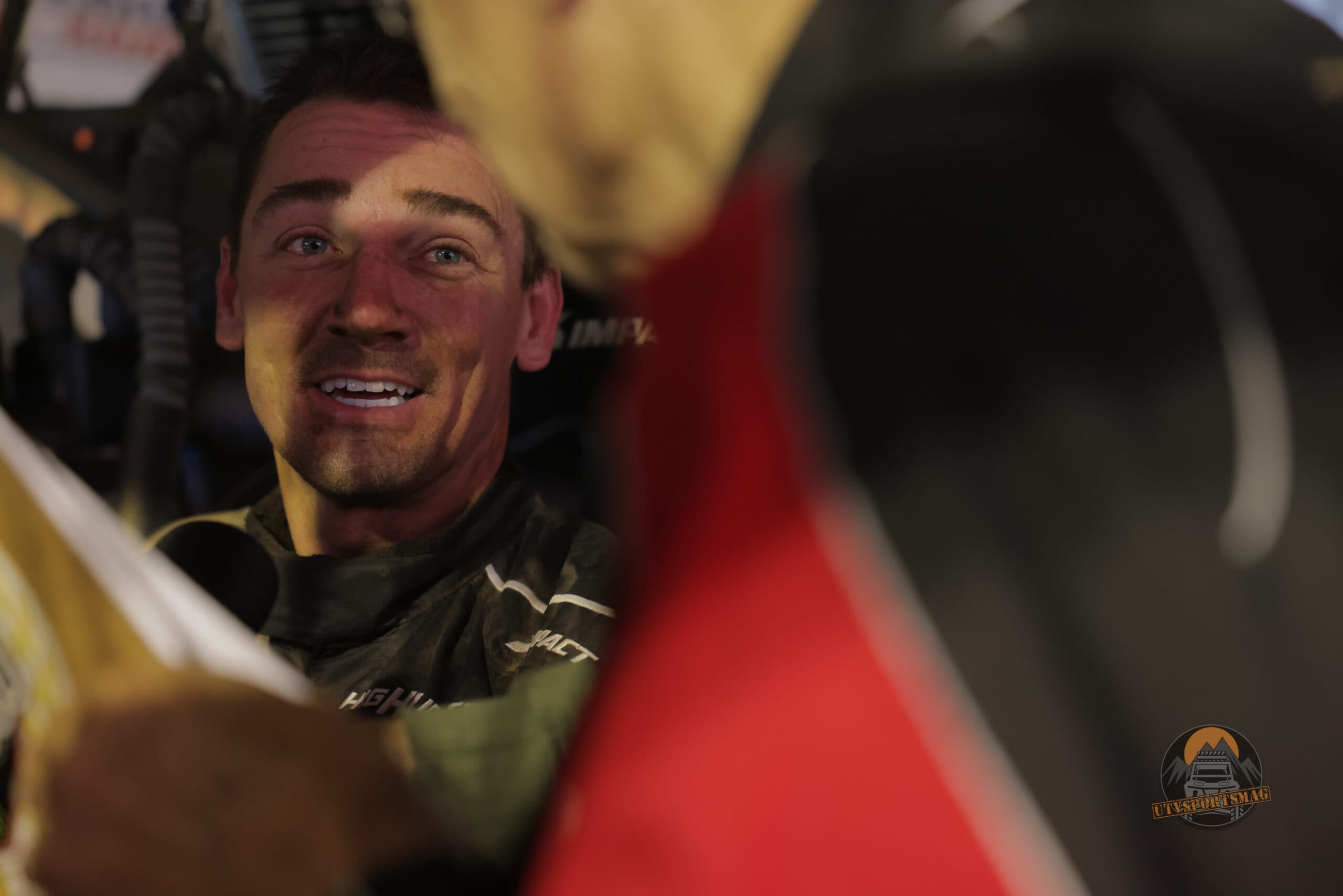 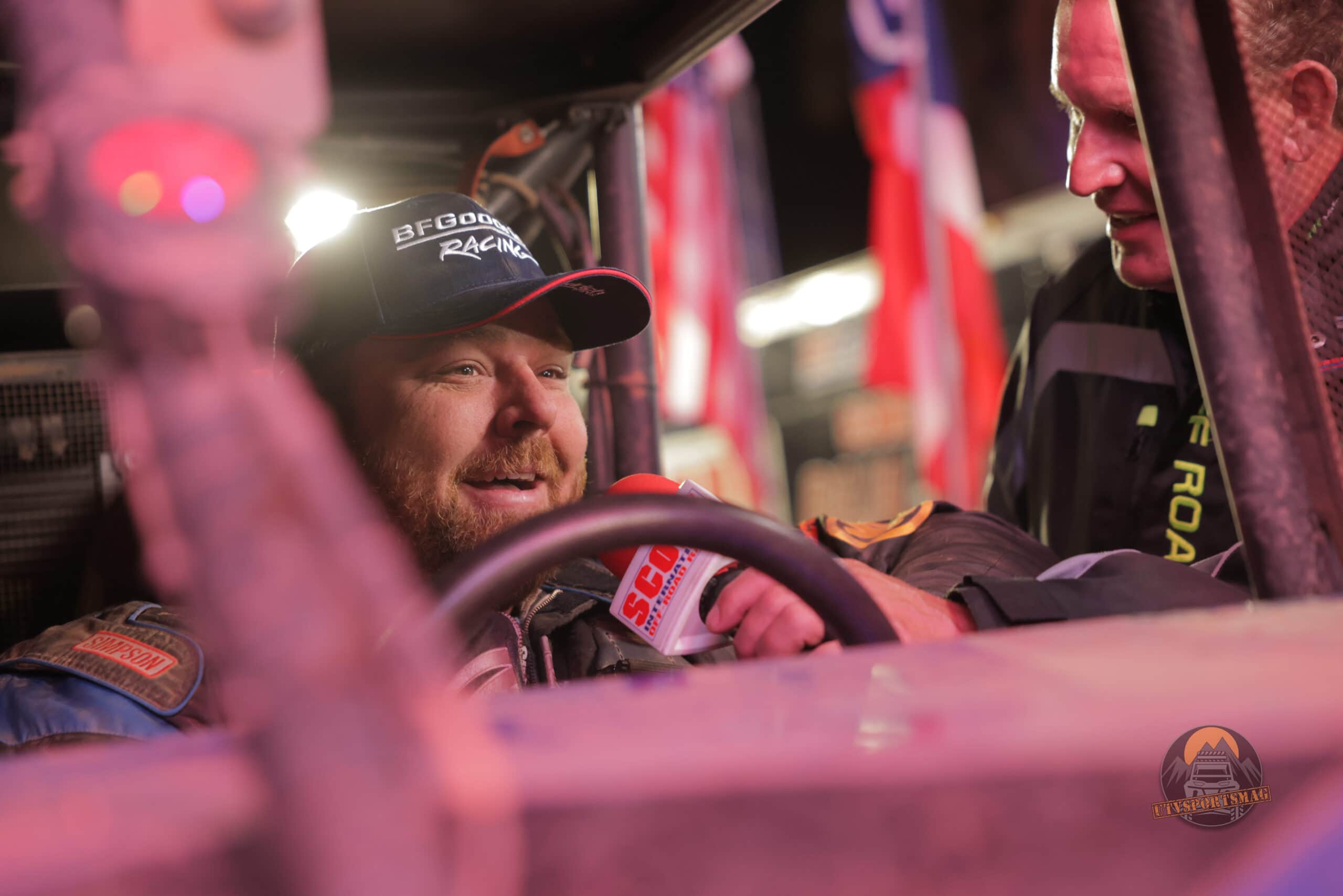