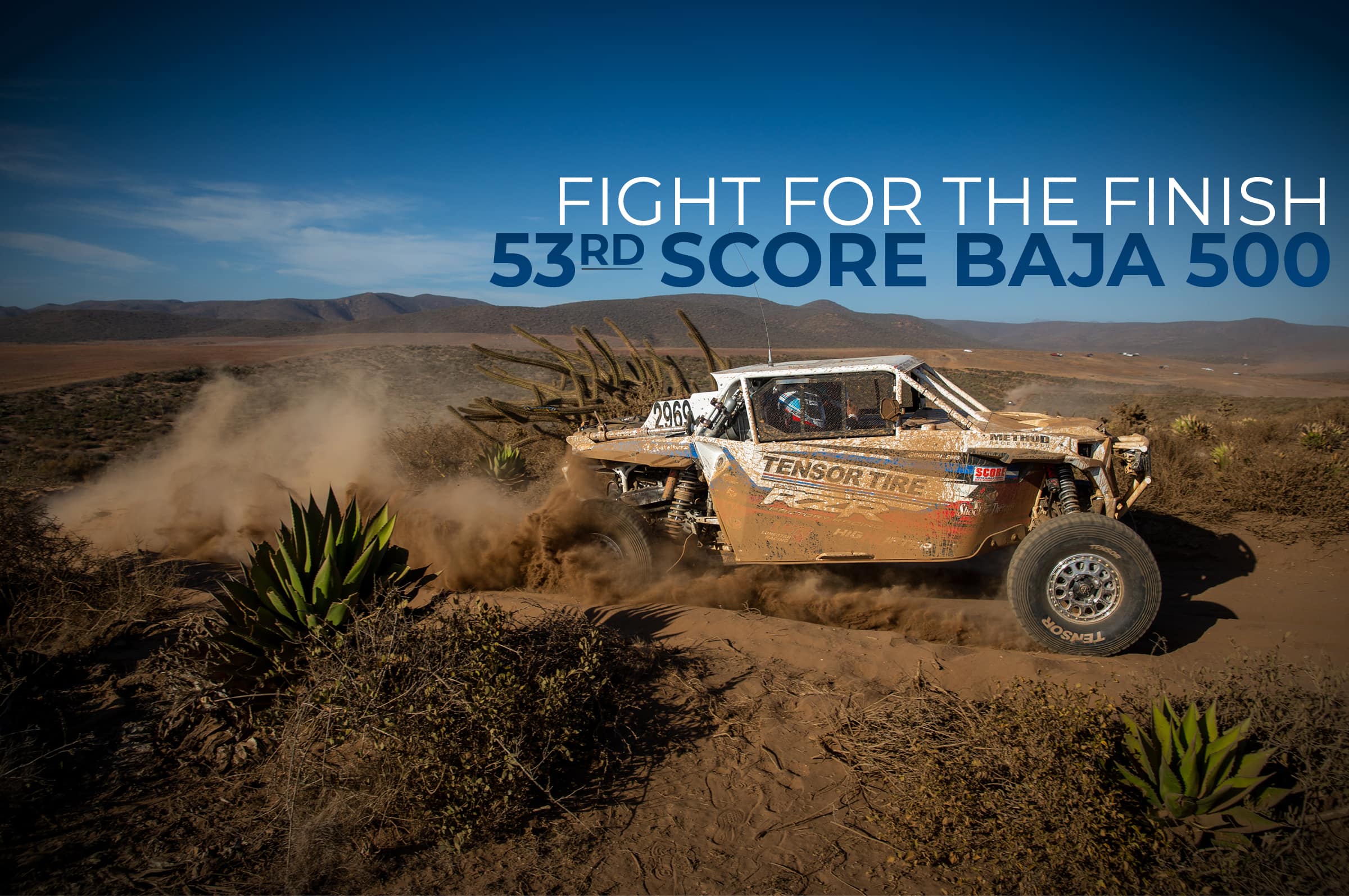 Watching UTV competitors cross the finish line at the 53rd SCORE Baja 500 left one to wonder, what about the unlucky ones? These were the fortunate few who managed to complete all 466 miles of unimaginably brutal Baja terrain. Their hair was unkempt, their faces covered in dirt, and they struggled to keep their bloodshot eyes open. Their UTV’s were in a similar state; covered in scars, mud, and so much silt, you wondered if they would have to declare it as they crossed the border on the way home. Despite all they had endured, each had the unmistakable look of satisfaction after accomplishing such an arduous race. 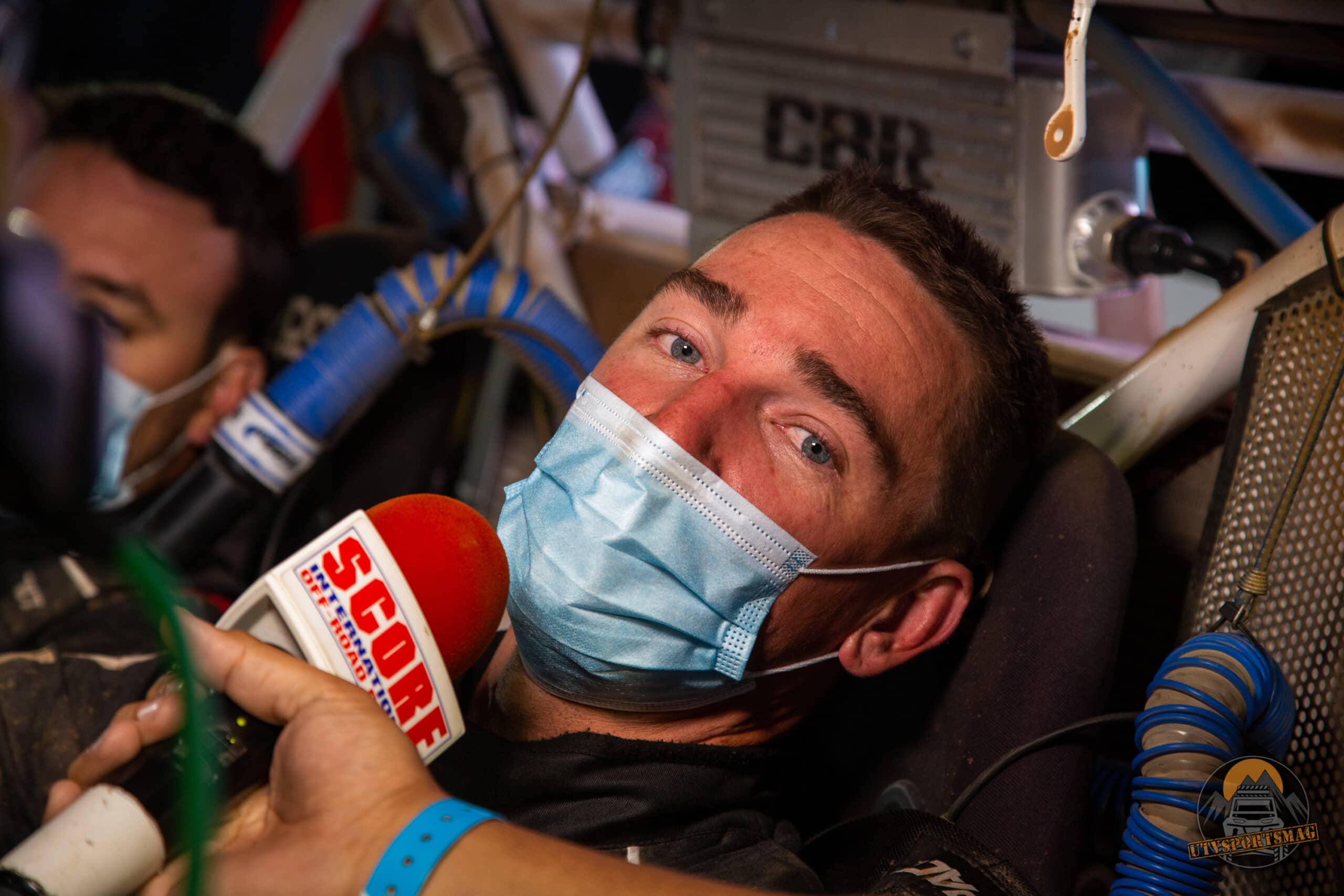 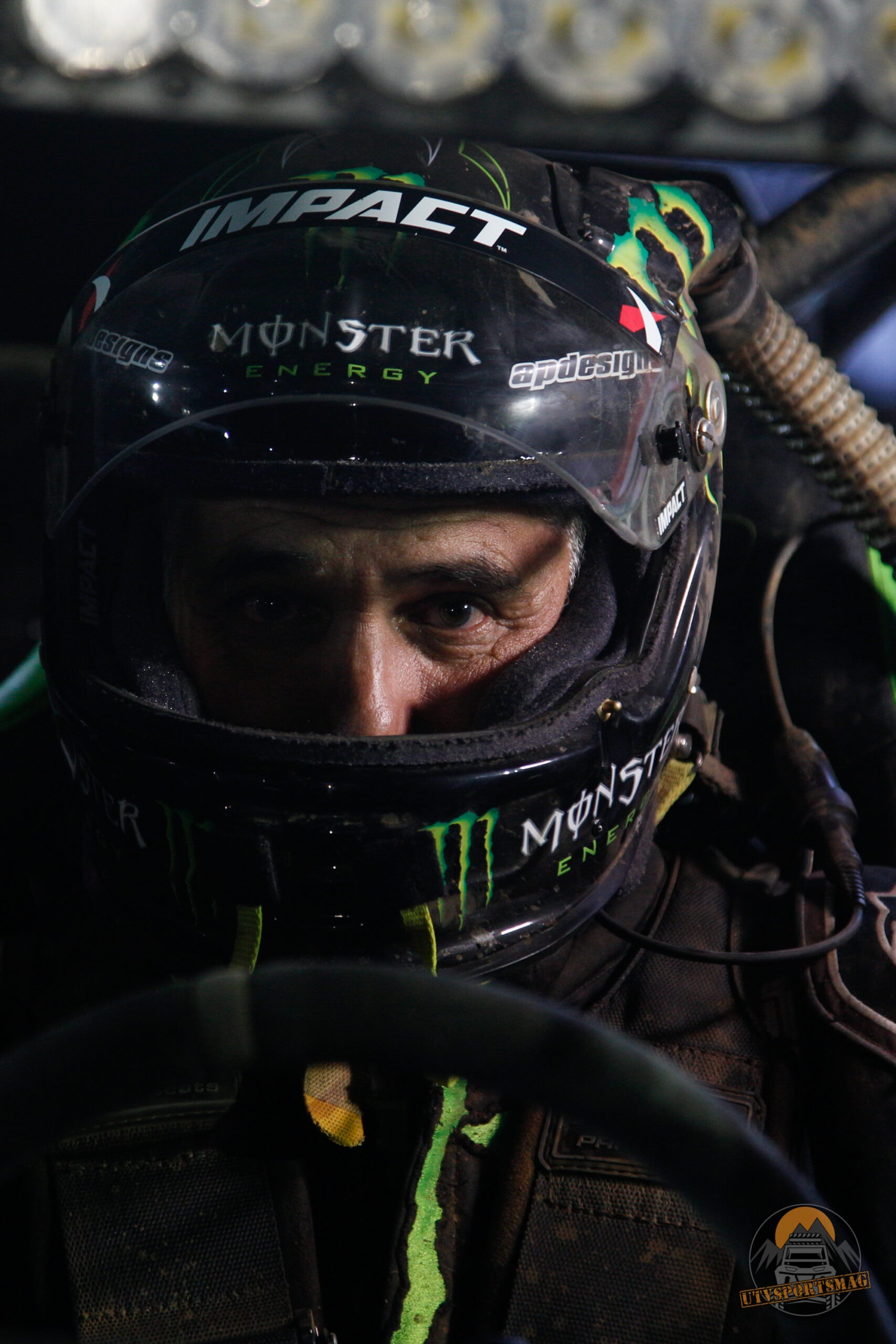 Typical stories of a flawless race with no problems were nearly non-existent. Some of those who successfully managed to navigate all the highly technical sections of the course still had issues with the speed zones, and VCP’s (virtual check points); penalties were widespread. Usually the best prepared teams put themselves in contention for a win, but Baja played no favorites. Some of the most savvy, and well organized teams fell prey to rough terrain, mechanical failure, and bottlenecks. 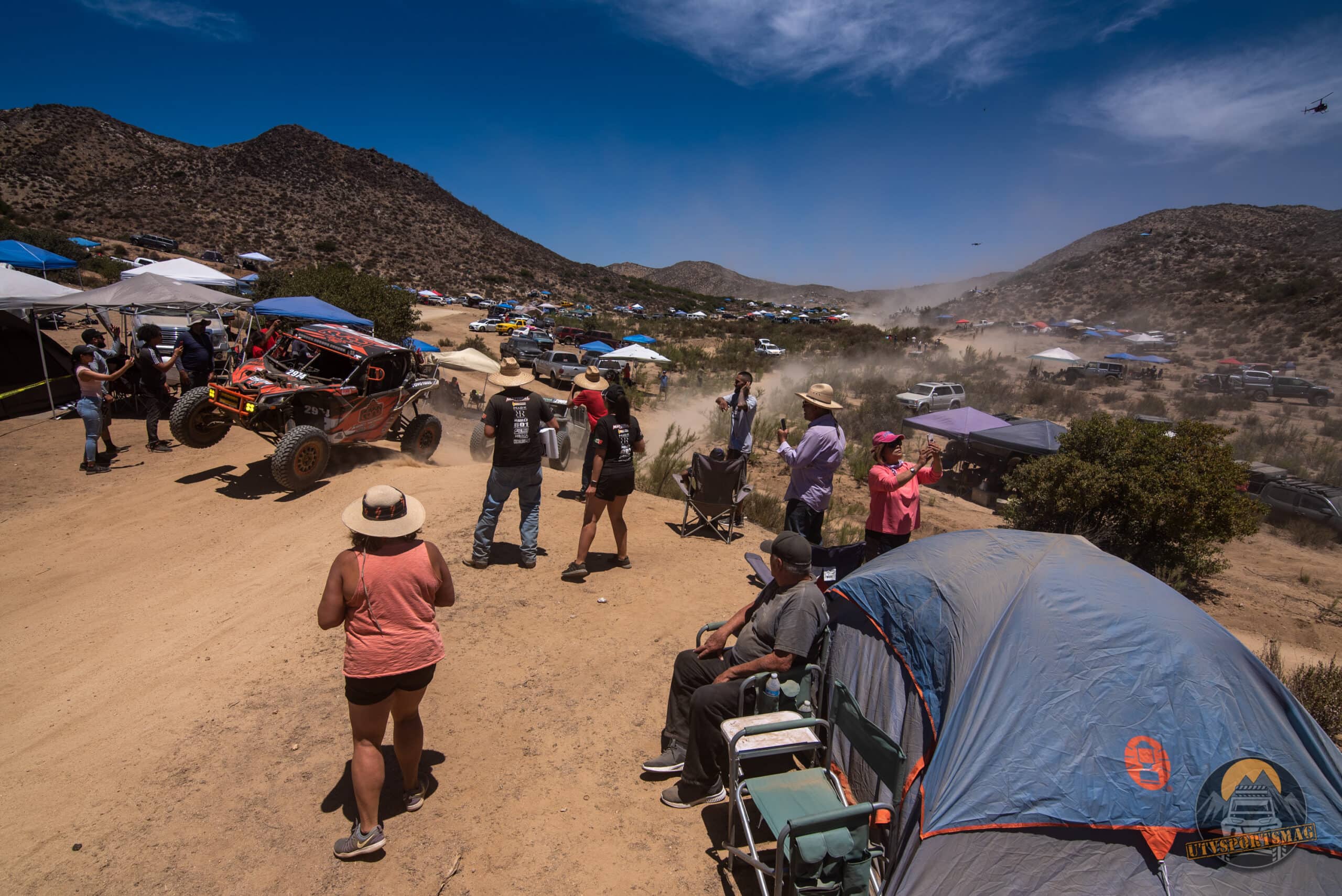 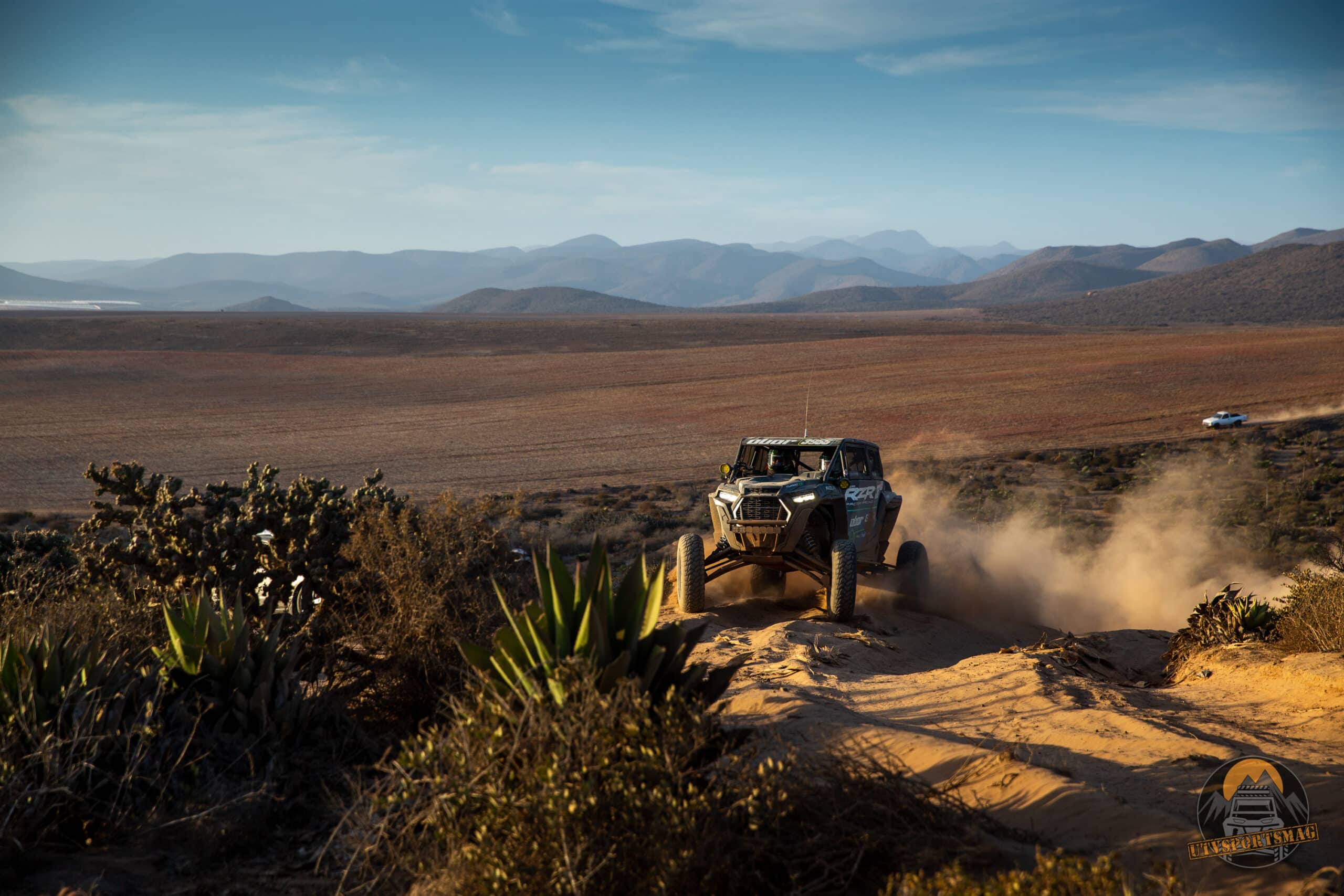 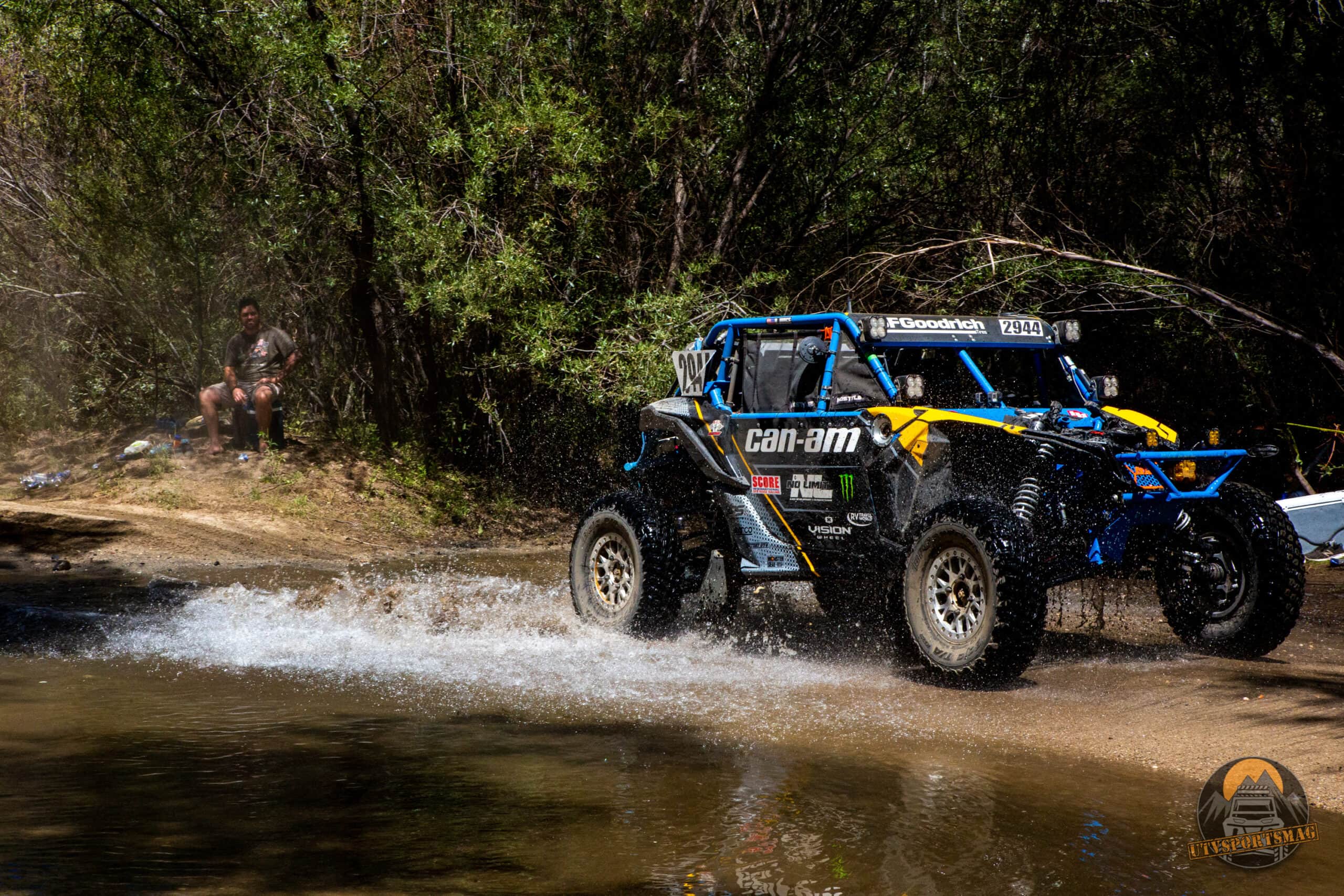 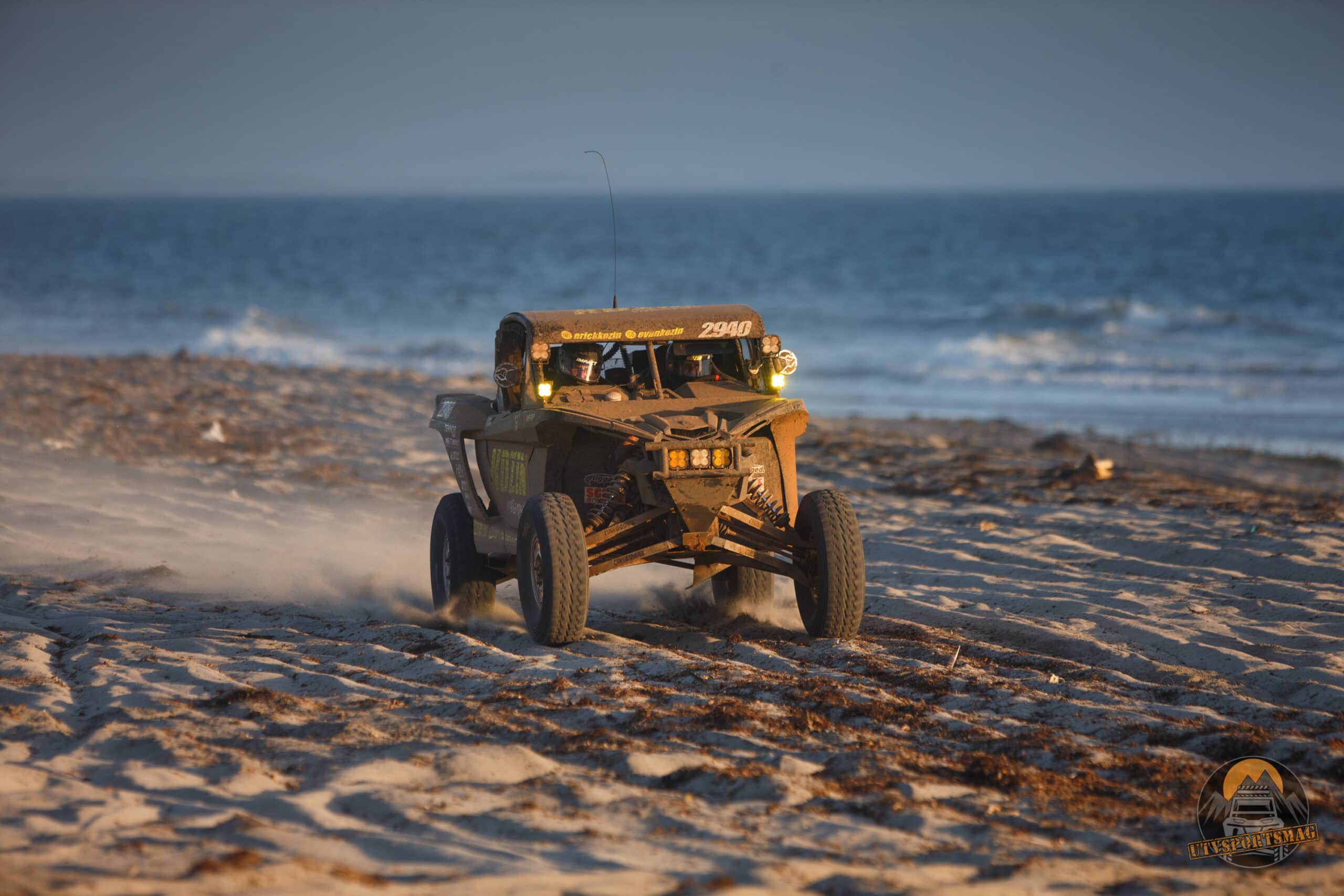 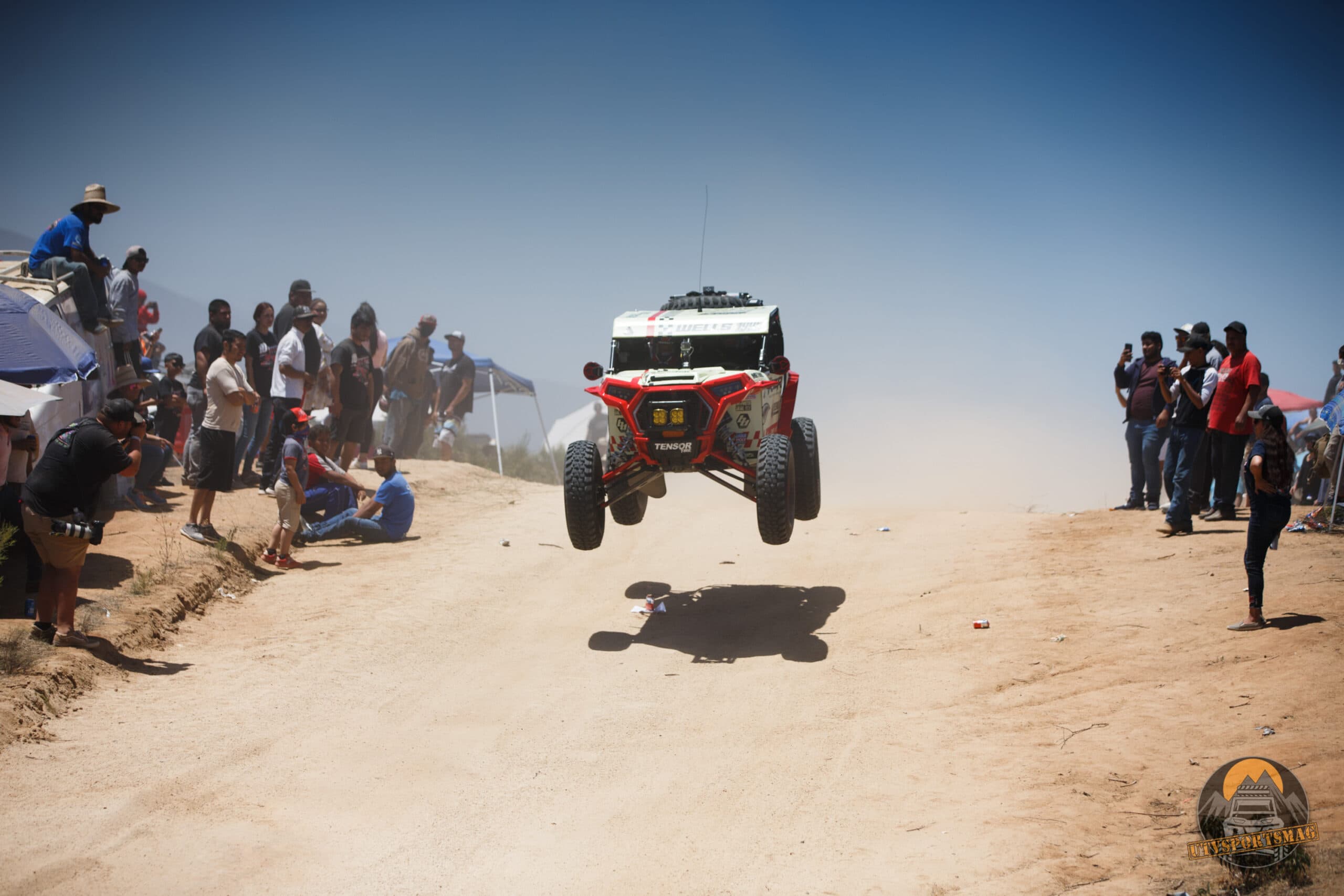 You could be running smooth, and have a strong car, and still get caught up in an impassable bottleneck. Many miles of the course were narrow, rocky, covered in silt, and with steep cliffs on both sides. Elevation ranged from sea level to nearly 3,500 feet. Much of it more closely resembled a rock crawling course than one for desert racing. There was no room to make an alternate line unless you were heading dangerously downhill or impossibly straight up in loose silt, and rocks. Even with all wheel drive, the options were few. 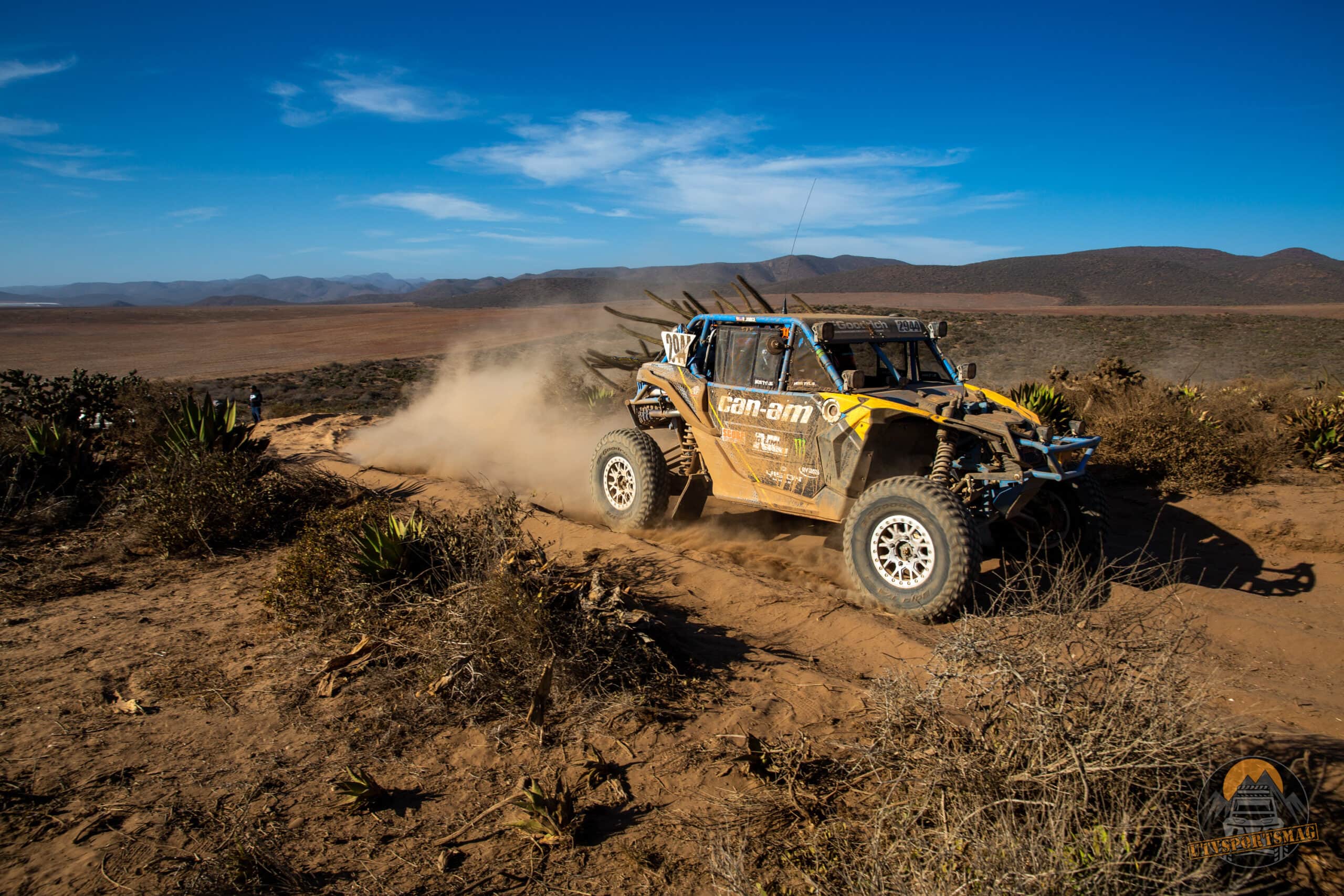 Blazing a trail around the graveyard of cars could be the path to success, or just more of the same. As teams pitched in to clear the way ahead, they lost hours of precious time. The rocks were so unforgiving that once a car was cleared, the next vehicle up could break something, or get stuck in the very same hole. Attrition is a big part of off-road racing, but some who were left out on the course broken were legitimately concerned whether or not they could even recover their car. The calls went out as the sun rose Saturday morning for tractors, bulldozers, or any other heavy equipment available. 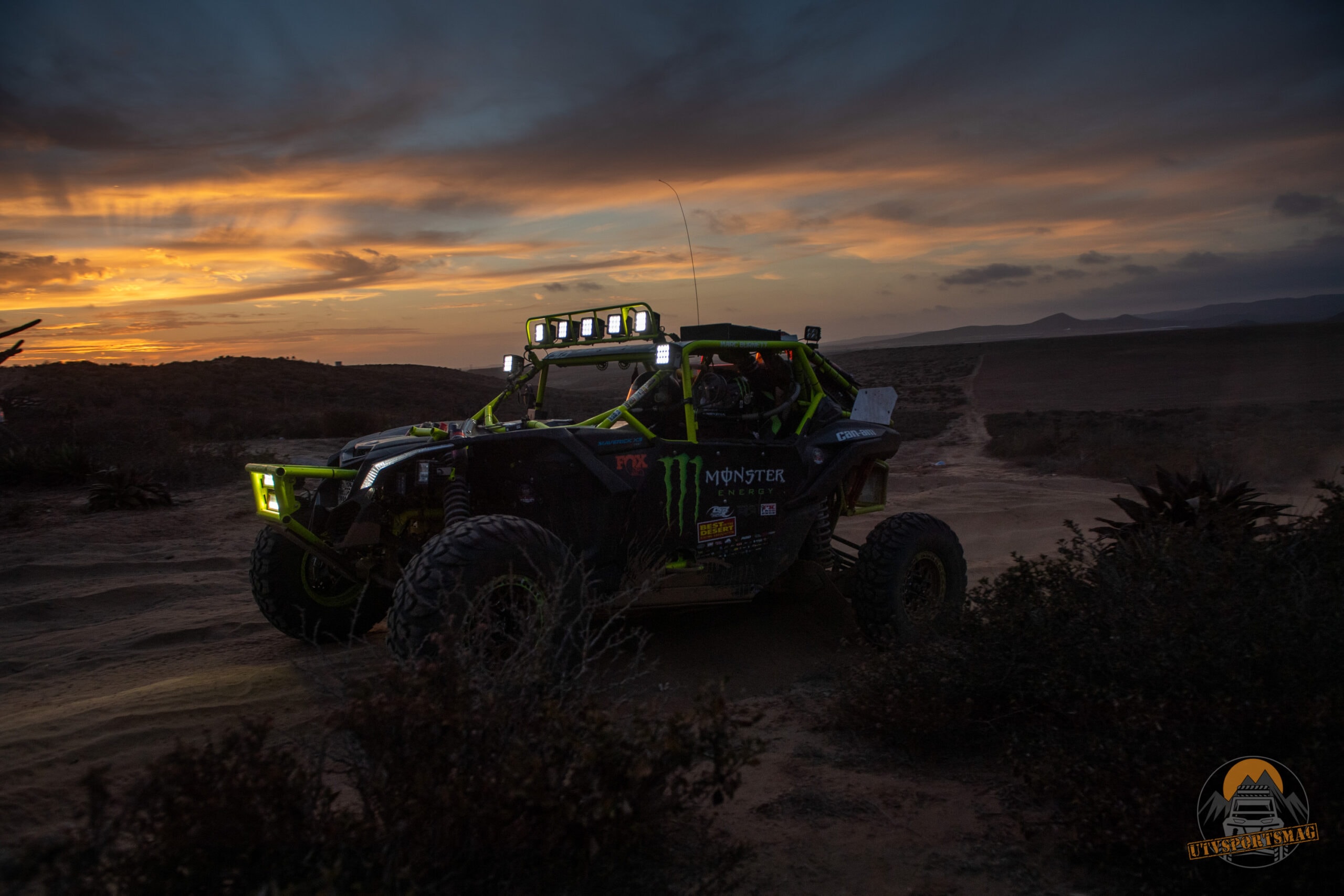 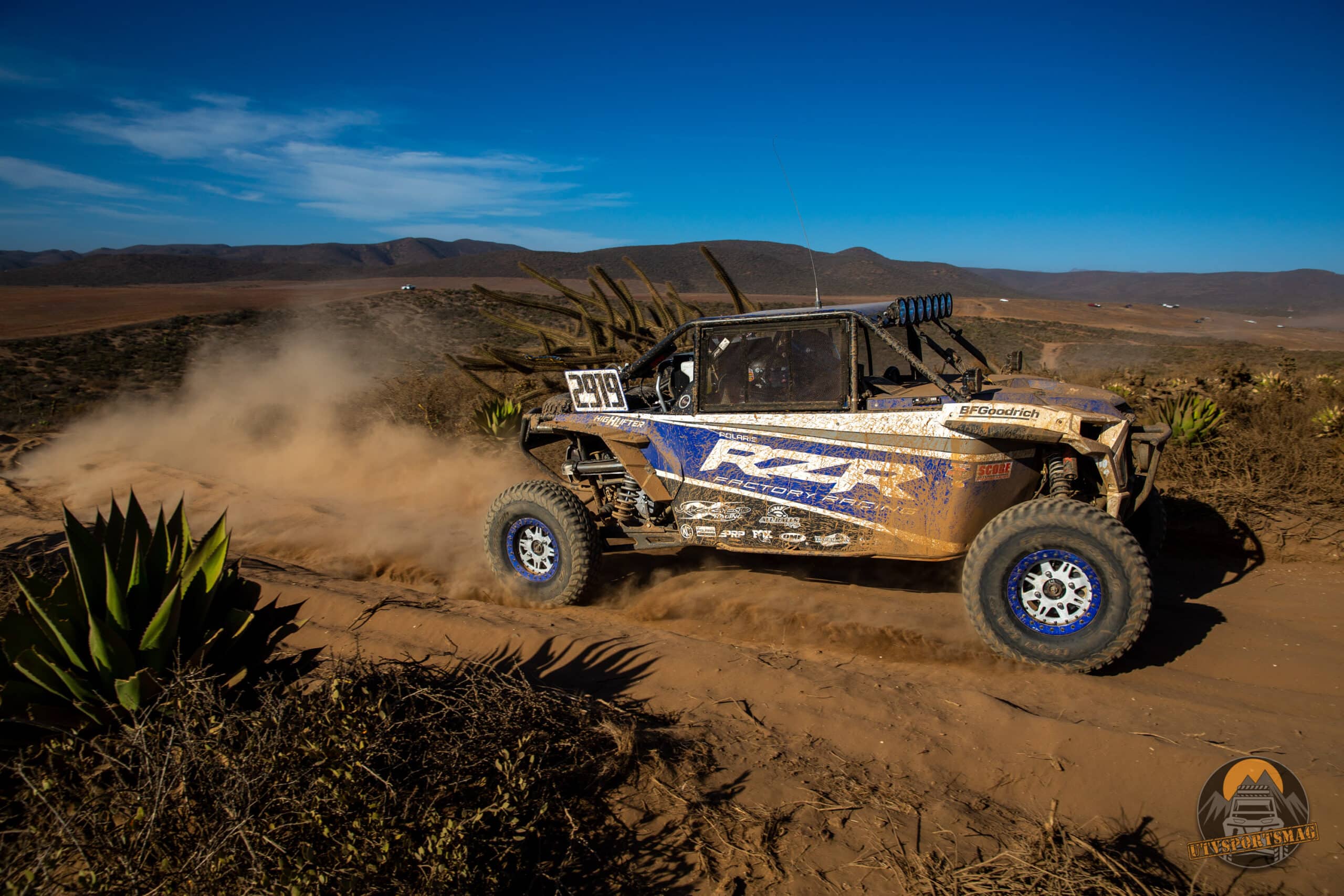 It’s obvious that SCORE International has no desire to be anything less than the most challenging race series in the world. Their courses are nothing like the groomed fire roads, and bladed trails found in the states. That’s why they attract those who want the biggest challenge, and the greatest satisfaction. Being in Mexico, and being able to experience the food, and culture of a foreign country are bonuses. For the many Mexican racers, it might not have the same allure, but they get the thrill of racing in front of their hometown fans, and the pride of representing their country against the best that the world has to offer. Teams competing in the 500 came from 30 U.S. States, and 15 countries. No matter what language was spoken, everyone understood what an accomplishment it was to cross the finish line. 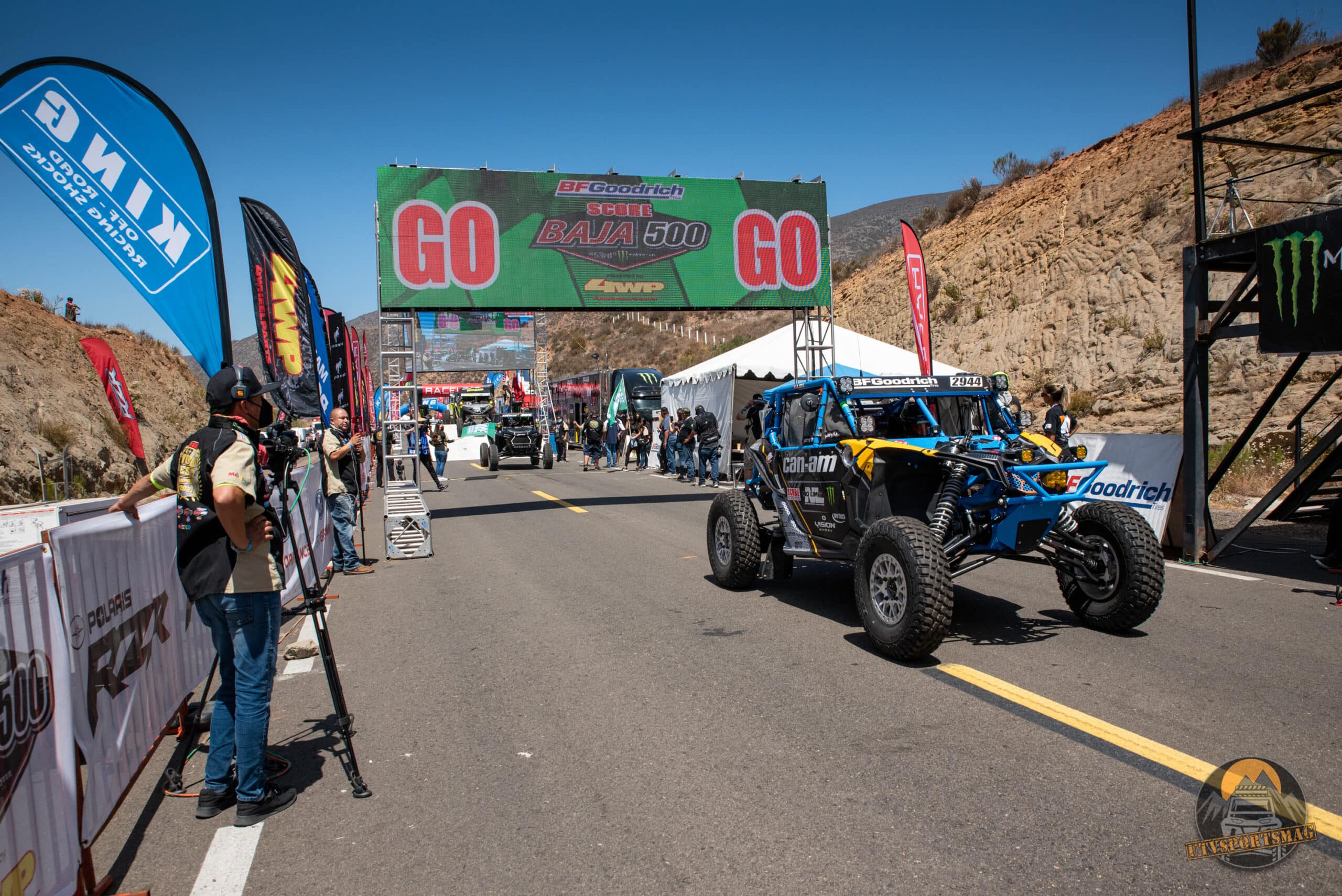 The first UTV to make it to the podium was the No Limit, Can Am team of Phil Blurton and Beau Judge. Normally Phil drives, and Beau navigates, but they both took a turn behind the wheel during this race. Blurton is known for his speed, and aggressive driving, but Judge is also highly accomplished, and very fast. In fact, he did three races in 8 days including the 500. Their strategy of going 100% and letting their car building, and race preparation determine the outcome got them to the finish first, but penalties have cost them the win; results are still unofficial. The Jagged-X Polaris team of Brandon Schueler, and Cayden MacCachren chased Blurton, and Judge to the podium, but could not close the gap. They too had penalties which dropped them to 3rd unofficially. Ironically it was the third finisher Branden Sims who ran penalty free to take the turbo class, and overall win in his Tensor Tire Polaris RZR. Finishing just off the turbo class podium in 4th place was 7 time class winner Mike Cafro. Erick Kozin rounded out the top 5 overall, and in the turbo class. Early leader Austin Weiland had to settle for 6th place. Justin Elenburg took the win in Pro UTV Open. He was the 7th UTV to cross the line. It was a strong performance for Chapo racing in a nearly stock UTV. Pro UTV NA winner Kaden Wells was the next UTV to survive to the finish at around 1 o’clock AM Sunday morning. Zach Sizelove, racing a Honda Talon, finished around 2 minutes behind Wells for the second spot in UTV NA. The next UTV to come in was the second entry for Mike Cafro; the winning Pro Stock UTV class car. Class structure and starting positions didn’t seem to matter. These were merely the survivors. Second place Pro Stock UTV Nick Bruce came in after almost 14 hours of racing. Wes Miller made it across as well as third place Pro UTV NA Adrian Orellana. Scott Trafton took the final spot on the Pro Stock UTV podium with a 3rd place. After a bit of a lull, 89th overall Francisco Javier Beltran Perez from La Paz, BC crossed the line. UTV’s were mixed in with class 10 cars, Trophy Trucks, and anyone else who could crawl across the podium. Some had to be towed or pushed to make it up the ramp. Kristen Matlock, who is always a threat, even for the overall UTV, took parts off of Husband Wayne’s terminally broken car in order to finish the race after 16 hours and 38 minutes of racing. In addition to Wayne Matlock, there were many names on the DNF list with tons of experience, and well established teams like Rodrigo Ampudia, Joe Bolton, Kolton Hustead, Justin Lambert, Alonso Lopez, Rafael Navarro III, Dodge Poelman, Craig Scanlon, and Justin Smith. Even Dakar competitors Mitch Guthrie Jr, and Seth Quintero met an early demise in their RedBull rally UTV. Those who won were truly the best. Those who finished should also be celebrated. Even those who failed to complete the course should be lauded for taking on such an epic race. They can all take what they learned and apply it to the next race in the SCORE series, the BAJA 400 on September 14-19. Although the mileage will be shorter, something tells me the challenge will be equally as demanding.