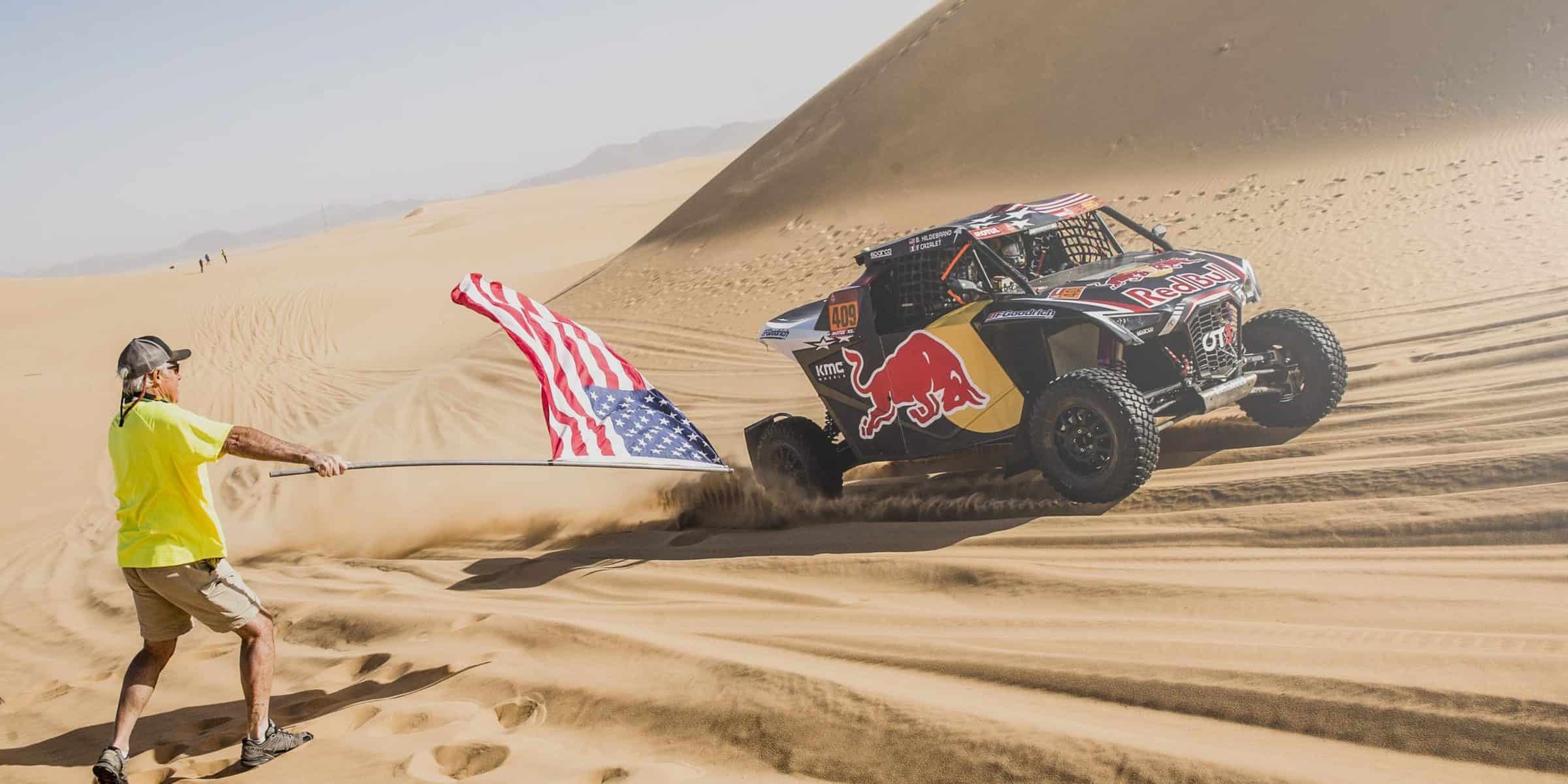 The 2020 DAKAR Rally was the year of the Americans. For the first time in its 42 year history, Americans took the top spot in not just one, but two categories. Ricky Brabec became the first American motorcycle competitor to win DAKAR, and Monster Energy / Can-Am athlete Casey Currie won the overall in the side by side category. Also, making a strong showing in the SSV class was the Red Bull Off-Road Junior Program that fielded two Americans; Blade Hildebrand, and Mitch Guthrie Jr. The Red Bull program also had strong support from BFGoodrich Tires, KMC Wheels, and Sparco. The two young Americans were tutored by veteran DAKAR competitor Cyril Despres. “It’s a pleasure for me to be involved with the Red Bull Off-Road Junior Program,” said Despres. “I’ve spent the last 20 years involved in this sport that I love; now it’s my turn to share my advice and knowledge with the next generation.” 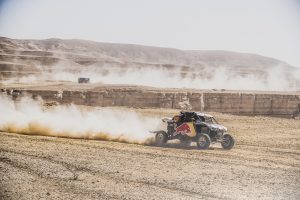 Despres, with navigator Mike Horn, made history in the side by side race when he became the first DAKAR competitor to win stages in three different categories: bike, car, and SSV. In addition to his accomplishment, and in a selfless move that showed his depth of character, Despres would later give his engine to Mitch Guthrie Jr. after losing a motor in Stage 7 allowing him to continue to the finish. Despres said he was there to mentor the next generation, and he sacrificed for that goal. Guthrie was no longer racing for the overall; his mechanical troubles put him into a new DAKAR category, the Experience category that allows competitors to finish the rally after suffering elimination to gain further experience.

The Red Bull team accrued some impressive results with the two Americans. Hildebrand took two stage wins and was on the podium four times. Guthrie won Stage 4, was 2nd in Stage 9 and won Stage 10. Another impressive American performance was that of South Racing’s Austin Jones. Jones was fresh off a win at the Baja 1000 in a spec TT. He took three 3rd place finishes in the SSV category and finished 8th overall.

The Americans left a big impression on DAKAR in 2020, but none greater than Casey Currie. Currie raced his first DAKAR in 2019, and did very well. Taking Rookie of DAKAR and finishing just off the podium in 4th place. His Monster Energy teammates finished 2nd and 3rd. His first DAKAR was a huge success to most everyone, but not Casey. The race for him was very frustrating. He struggled with his navigator Rafael Tornabell; getting lost almost every stage. Despite Tornabell’s vast experience, he and Casey just didn’t connect. They were never on the same page—pun intended. The 2019 race lit an inferno in him, and it burned intensely. He said afterward about DAKAR that it was hell, and he never wanted to go back for enjoyment. He would only go back for the win, and he did. 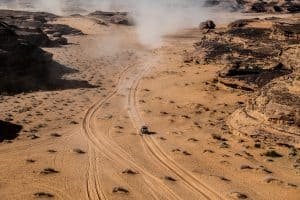 After a lot of reflection, Casey took the lessons he learned in 2019 and applied them to the 2020 race. He teamed up with South African navigator Sean Berriman. They enlisted the help of DAKAR veteran Jimmy Lewis. Lewis has been successful at DAKAR despite admitting that he was not the fastest, but maybe the best at navigating. If Casey’s nemesis was navigation, Jimmy Lewis was the man to learn from.

On stage 7, Casey put 30 minutes over last year’s winner Francisco Contardo Lopez. Casey had to stop for a flat tire, but Lopez had bigger problems that cost him time. Casey did not get his lead by pushing beyond his limits or throwing caution to the wind, he just lost less time than his competition. Casey maintained this same strategy every day. Run smart, stay on course, and let the others try to beat him. Stage 8 was a tough one. Casey would break an axle shaft, and have to make repairs out on the course. With several high-speed sections, including a 40 km straight line, their belt temperatures began to soar. In order to avoid failure and a more time-costly repair, they stopped to swap in a new belt. They lost 16 minutes that day but maintained the overall lead. 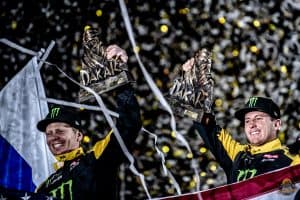 Casey continued to hold the lead by not only running fast, but precise. During the final stage, Casey let others duke it out for the stage win and concentrated on the overall standings. He had so much at stake. He carried the weight of the entire Monster Energy team on his shoulders, but he was also racing for the United States, and making history at the same time. Along with Ricky Brabec, Casey’s 2020 win will forever be in the history books as America’s first at DAKAR. 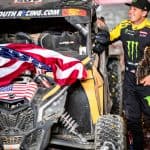 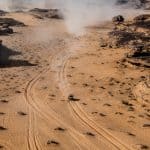 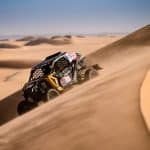 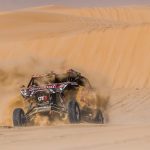 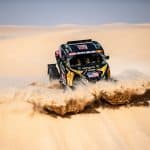 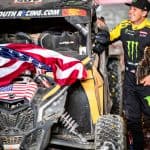 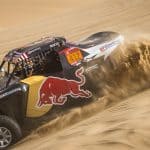 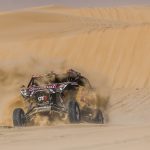